Accessibility links
Unmasking The Meaning And Marital Disputes Behind Mumbo Jumbo : Code Switch The term "mumbo jumbo" dates back centuries and traces its roots to West Africa. It is widely believed to come from the Mandinka people who make up the largest ethnic group in what is now Ghana. 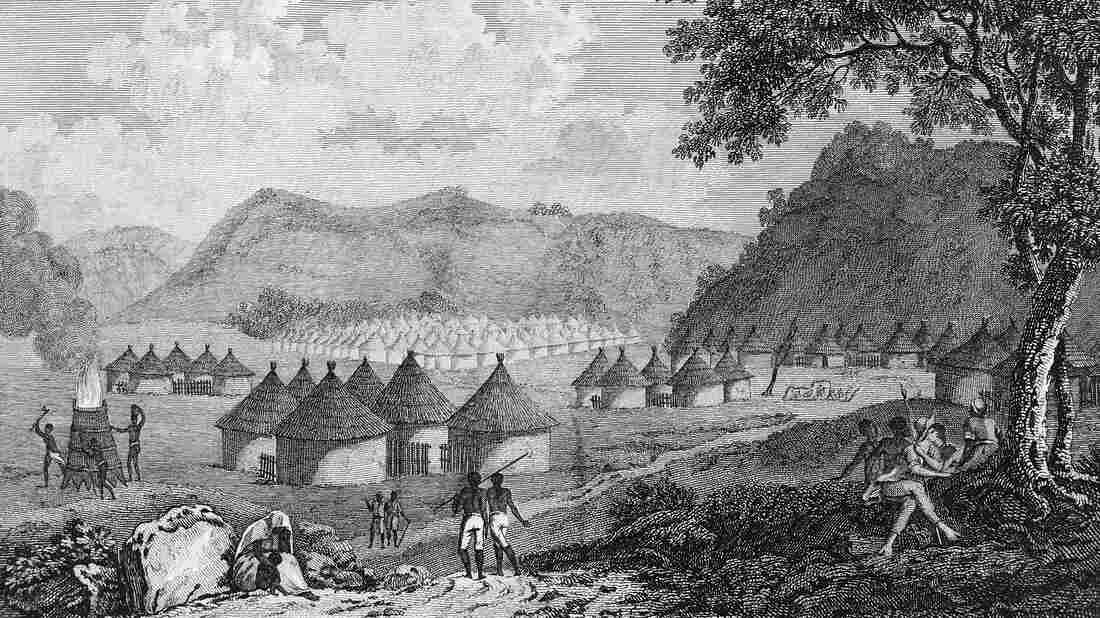 Scottish explorer Mungo Park was among the first Europeans to view the Mandinka tribe's masked dancers who were known as Maamajomboo. He translated the word as "mumbo jumbo.' This 1797 illustration from Park's book, "Travels In The Interior Districts of Africa" shows a view of Kamalia village in Mandinka country. DeAgostini/Getty Images hide caption 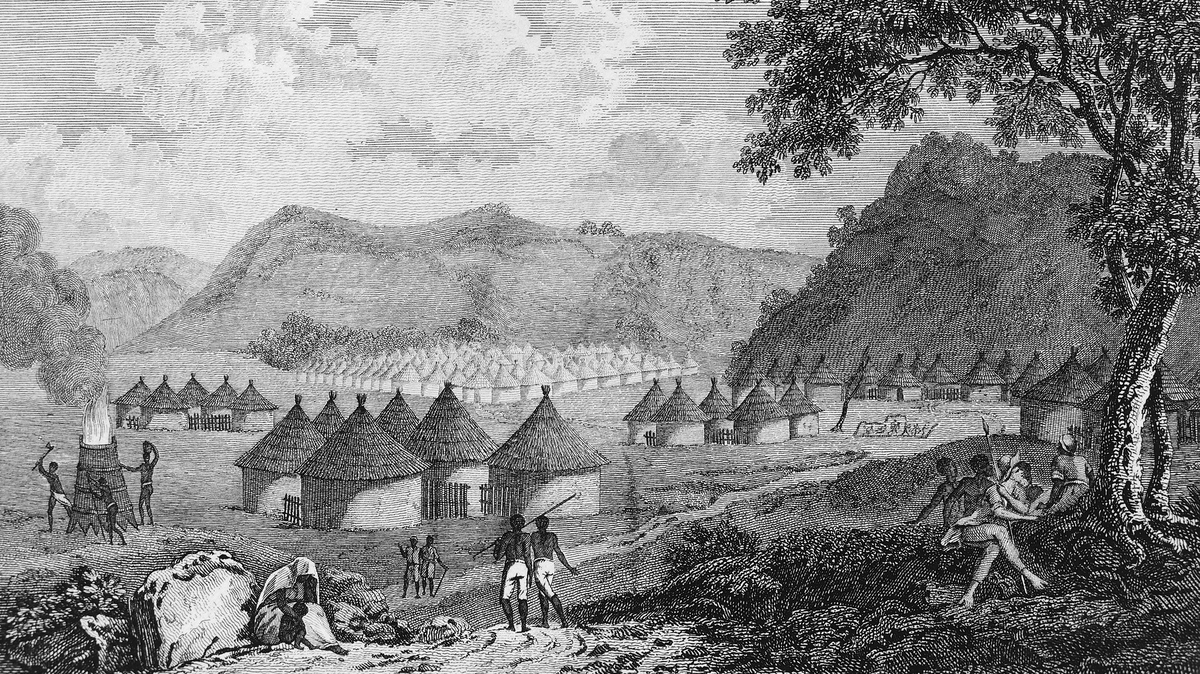 Scottish explorer Mungo Park was among the first Europeans to view the Mandinka tribe's masked dancers who were known as Maamajomboo. He translated the word as "mumbo jumbo.' This 1797 illustration from Park's book, "Travels In The Interior Districts of Africa" shows a view of Kamalia village in Mandinka country.

EDITOR'S NOTE: Here at Code Switch, we take a look each week at a word or phrase that's caught our attention, whether for its history, usage, or just because it has an interesting story. You can see the full series here.

"Bureaucratic mumbo jumbo," "legal mumbo jumbo" and "religious mumbo jumbo" are all phrases used to describe language or a set of rules and regulations that are deliberately confusing.

The term "mumbo jumbo" has a history that dates back centuries and traces its roots to Africa.

Historians and etymologists say the exact origin of the word is uncertain, but the Mandinka word "Maamajomboo," which referred to a masked male dancer who took part in religious ceremonies is often cited as the source of 'mumbo jumbo' in English. (The Mandinka people of West Africa make up the largest ethnic group in what is now Ghana.)

According to the Oxford English Dictionary, Francis Moore, a former clerk with the Royal African Company, first used the phrase in 1738 in the book "Travels In The Interior Districts of Africa." In the book, Moore writes the Mandinka practiced polygamy and that disputes between a husband and wife (or between wives) were resolved by the masked figure, who would dance, chant and shriek outside the homes of the offenders before making a decision and resolving the conflict. Punishment sometimes meant a beating administered by none other than the mumbo jumbo himself.

Moore describes what he claimed to have seen such a display himself, "On the 6th of May, at Night, I was vilified by a Mumbo Jumbo, an Idol, which is among the Mundingos a kind of cunning Myftery (mystery)."

When the 'mumbo jumbo' was in costume, he appeared to be twice the size of an ordinary person. That, along with the fact that he was authorized to whip women (and it should be noted that women were the usual victims of this punishment) created an atmosphere of fear and anxiety. In his own words, Moore describes the creature as "a dreadful Bugbear to the women, call'd the Mumbo-Jumbo, which is what keeps women in awe."

The 1896 edition of Farmer and Henley's "Slang and its Analogues" described mumbo jumbo as a "grotesque bogy or idol supposedly worshipped in Africa." The definition from the 1966 edition of the Oxford Dictionary of English Etymology was almost identical to that of Farmer and Henley's, mumbo-jumbo was a "grotesque idol said to have been worshipped by African Negroes."

It wasn't until the early 20th century that the meaning of mumbo jumbo began to shift into what we know today, which is what Merriam-Webster defines as "unnecessarily involved and incomprehensible language."

A good example of this definition is the 1923 book "Mumbo Jumbo" by Henry Clews, Jr. in which the protagonist rails against just about everything. A review in the Spectator noted the book featured a "torrent of invective against everything modern, and principally against science, democracy, votes for women and modem art."

In a 1973 novel also called "Mumbo Jumbo," African-American author Ishmael Reed delved into the history of the term. (This novel turned out to be among Reed's most successful works and a finalist for the National Book Award). He noted the phrase originally referred to a "magician who makes the troubled spirits of the ancestors go away." Throughout the book, Reed tries to connect black Americans in the present with their African past.

In one of the book's many powerful scenes, Reed describes a group of African masks sitting on a desk. "They had been removed to Europe by the slavers, traders and sailors who had taken gunpowder and uniforms to Africa," Reed wrote. The punch line was that all of the 'exotic' masks were cartoonish portrayals of whites who had traveled to the continent with the intention of exploiting its riches.

"They did not realize that the joke was on them," Reed continued. "After all, how could 'primitive' people possess wit."

Lakshmi Gandhi is a freelance journalist and researcher based in New York City.