Accessibility links
The Modest Bus Station At The Center Of A World-Changing Confrontation : Code Switch The former Greyhound depot was the site of one of the darkest moments of the civil rights movement — and altered its course. 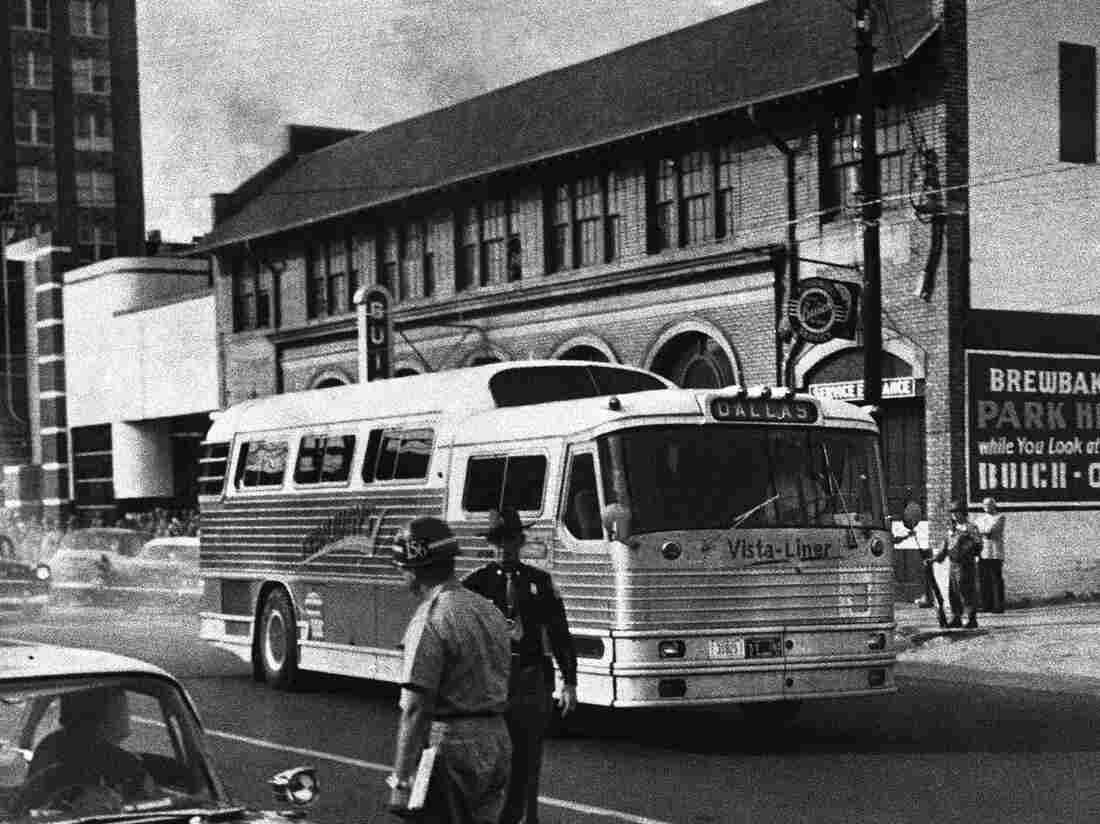 When the Freedom Riders arrived in Montgomery, they were greeted by an armed, racist mob, while the local police were conspicuously absent. Anonymous/AP hide caption 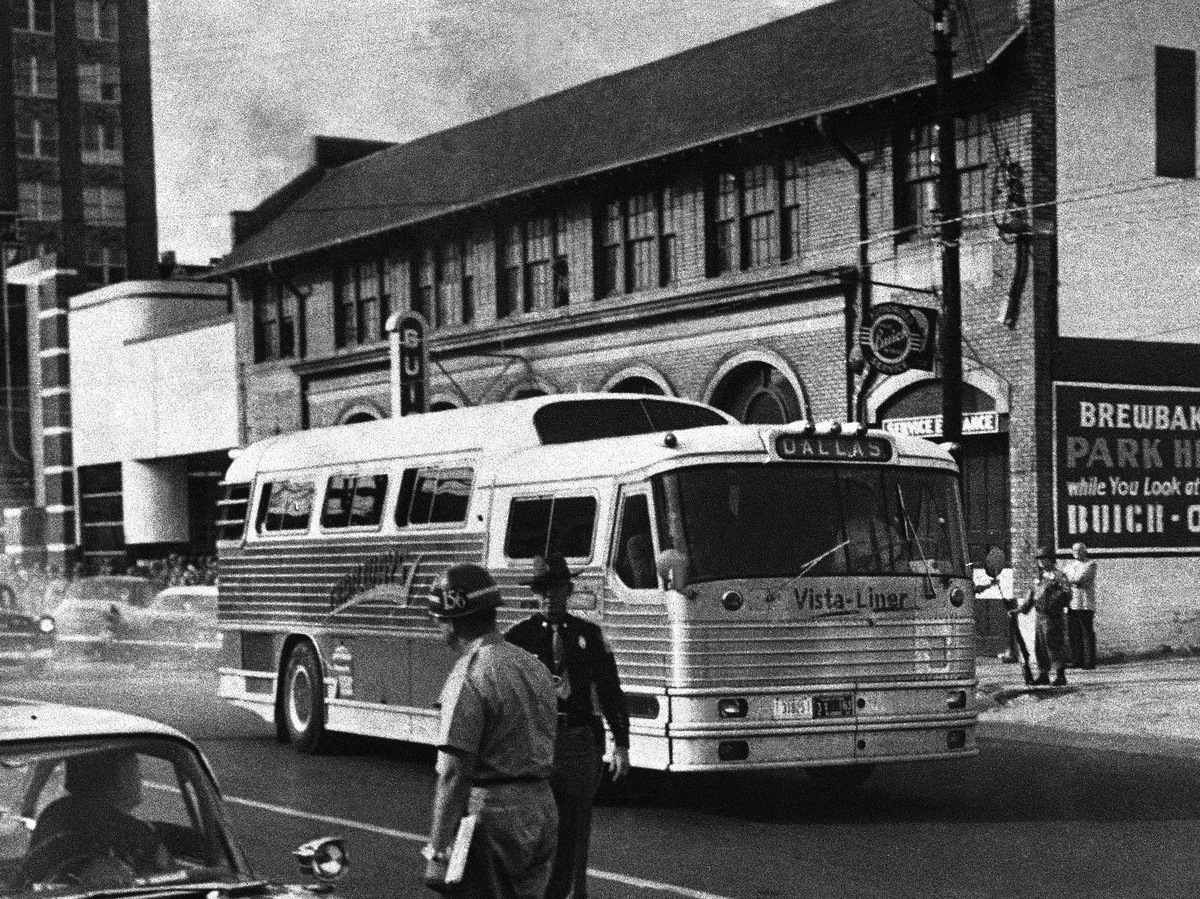 When the Freedom Riders arrived in Montgomery, they were greeted by an armed, racist mob, while the local police were conspicuously absent.

EDITOR'S NOTE: This summer, we'll be regularly spotlighting sites on the National Register of Historic Places that have some significance to issues of race and culture.

The Montgomery Greyhound Station, Montgomery, Ala.

It seems odd to suggest that folks should visit a bus station if they're in the area; most people are trying to get out of a bus station as quickly as possible. But the small, one-story Montgomery bus station was placed on the National Register of Historic Places because it was the site of one of the most harrowing moments of the civil rights movement. In 1961, the Freedom Riders, a group of young activists, were trying to test whether Southern states were adhering to Supreme Court orders to integrate interstate travel, including buses and bus stations. People were not happy about this, and the Riders were harassed and intimidated. Even Martin Luther King Jr. warned them before they began. "You'll never make it through Alabama," he told them.

And it appeared for a while that King's admonition was going to prove soul-crushingly true. In Anniston, Ala., segregationists set one of the Riders' buses on fire and brutally beat them as they fled the flames. (In a scene recounted in vivid, horrifying detail in The Race Beat, the mob that had gathered at the bus station in Birmingham, wielding whips and chains, had been told by Bull Connor, Birmingham's commissioner of public safety, that they would have 15 minutes to beat the Freedom Riders.)

So it would go in Montgomery.

"Arriving early in Montgomery with only a lone motorcycle patrolman escort, the Freedom Riders soon discovered that a crowd of approximately 200 angry protestors crowded the streets and the arrival bay area at the bus station. Among the crowd were several notorious Klansmen who were involved in the Birmingham violence. Reporters greeted the Freedom Riders, but before the first question could be answered, a mob, bearing lead pipes and baseball bats, attacked first the reporters, smashing their equipment, before turning their attention to the Freedom Riders. By this time, some of the Freedom Riders formed a human chain by joining hands. The mob quickly overwhelmed them.

"John Lewis remembered the scene, stating that hundreds of people with makeshift weapons attacked the Freedom Riders. The angry crowd pushed some of the Freedom Riders against a retaining wall, from which some jumped eight feet below to escape. Five African American women Freedom Riders escaped in a cab driven by an African American. Two Caucasian women were pulled from another cab and beaten by the mob. A federal agent attempting to help the two women was hit on the head with a metal pipe and was pushed under a car. Those Freedom Riders, who remained on the loading platform of the station, unable to escape their attackers, received the most serious injuries. The only Caucasian male rider, Jim Zwerg, was attacked viciously, losing consciousness from his beatings, and flung over a railing."

Lewis, who has been a member of Congress since 1987, was seriously injured in the melee. An official in President Kennedy's Justice Department who was accompanying the Riders was beaten unconscious.

The attacks gained international attention, and the outcry further energized the civil rights movement. King and hundreds of supporters went to Montgomery to show solidarity with the Riders, pleading with President Kennedy to intervene. The White House responded by sending federal troops to protect the Riders.

After the bus station was closed in 1995, it fell into disrepair. In 2011, it was reopened as the Freedom Rides Museum — with artwork and photographs of the Riders adorning the wall — after local advocates fought for the preservation of the empty property.

"The museum may be small, but its significance is monumental," Myron Thompson, the city's first black judge, said at the museum's dedication.