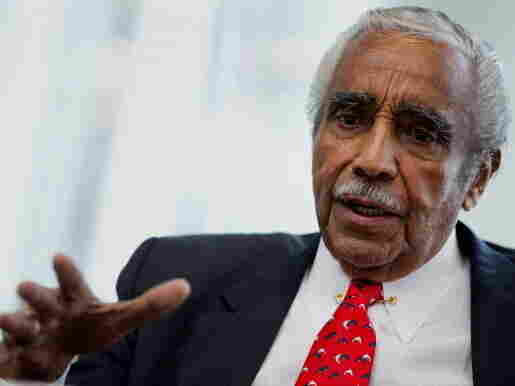 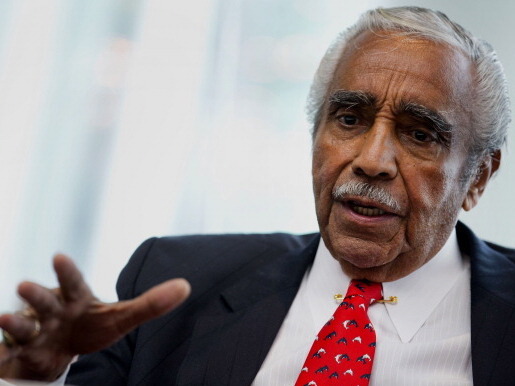 Rep. Charles Rangel, a Democrat from New York, speaks during a June interview in New York.

Charles Rangel, who for 44 years has represented an Upper Manhattan district that includes Harlem, faces off against three opponents in the New York Democratic primary Tuesday. The most serious challenge comes from state Sen. Adriano Espaillat.

Rangel was first elected to the House of Representatives in 1970, defeating the legendary Adam Clayton Powell Jr. — the first African-American elected to Congress from New York. He has held the seat ever since, rising to power in Washington and at one time serving as head of the powerful Ways and Means Committee.

This weekend, at a campaign stop outside a hamburger joint called the Harlem Shake, Rangel supporters filled the sidewalk along Lenox Avenue — a busy street that runs through the heart of central Harlem.

Rangel was once called the "Lion of Lenox Avenue," but now, some think he is too old for another term. Still, in his stump speech at the rally, he focused on his track record of 22 straight election wins.

"If you had a good old horse that kept winning the races, why in the world would you want to bring in a colt that doesn't even know where the track is?" Rangel said.

What he failed to mention is that his record also reflects recent ethics violations, which have contributed to his diminished influence.

His odds at the ballot box have not been helped by changes in district borders and demographics. Once a black stronghold, the 13th Congressional District is now majority Latino.

Those shifts seem to favor Rangel's challenger Adriano Espaillat, a longtime state senator. The 59-year-old is a Dominican-American who lost to Rangel two years ago by just 1,100 votes.

At a rally on Harlem's west side Saturday, Espaillat told his supporters that Rangel has sold them out. 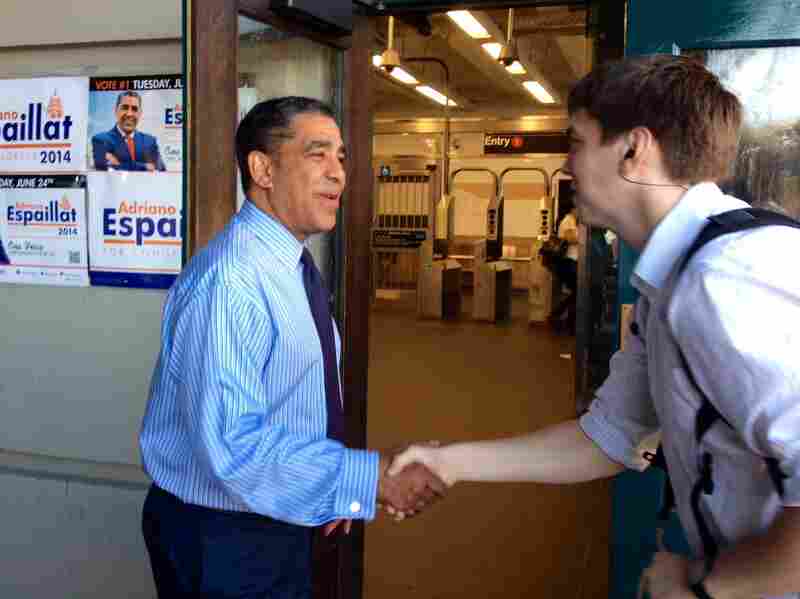 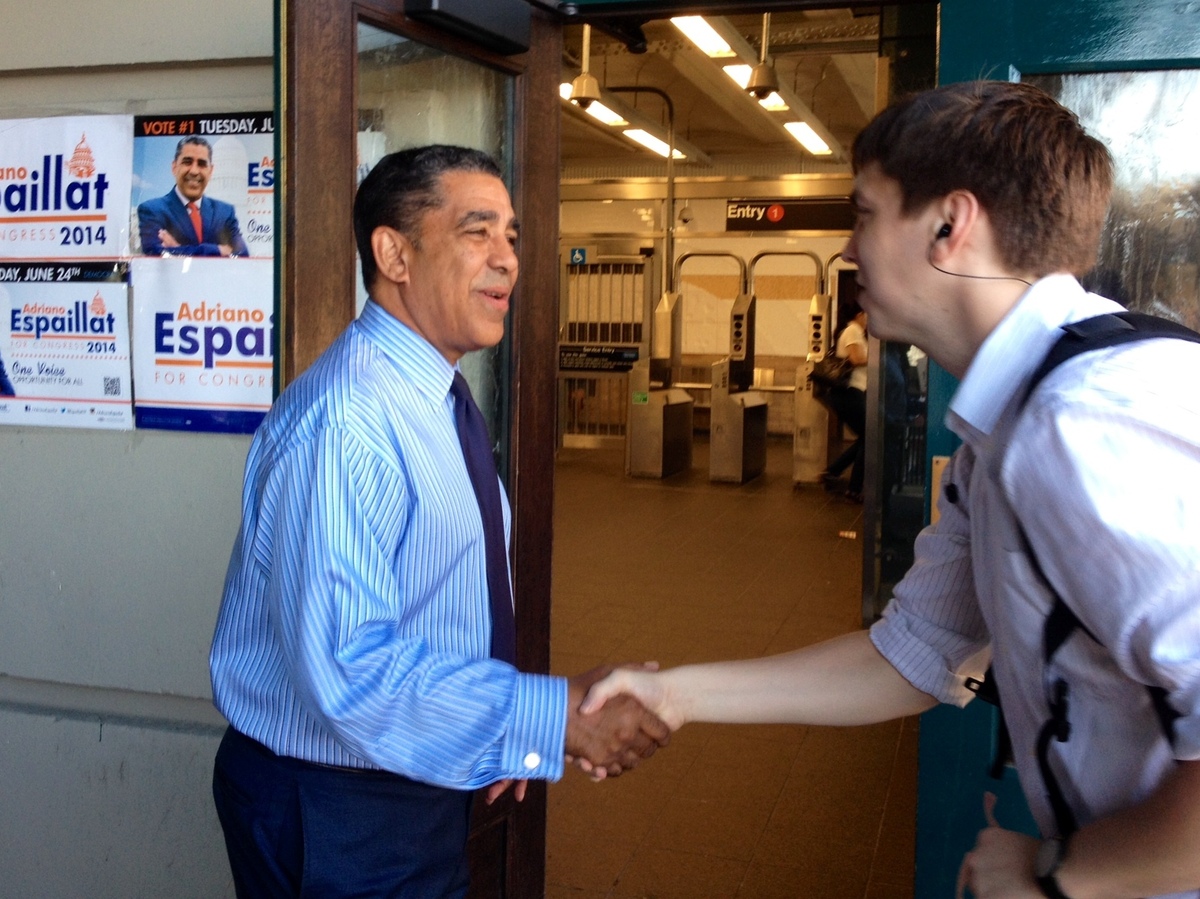 "He's sided with the fat cats in Wall Street and not with the people of this community," he said into a megaphone. "We're going to vote him out of office."

If he is successful in doing that, Espaillat would make history as the first Dominican-American elected to Congress, a distinction Rangel says he doesn't deserve.

"He wants to be the Jackie Robinson of the Dominicans in the Congress, which is ambitious," Rangel said in a televised debate earlier in the campaign. "The fact is that Jackie Robinson was a star before he reached the major leagues, and he's not a Jackie Robinson."

Espaillat reacted by saying that Rangel should apologize for making a race an issue.

But for much of Rangel's congressional career — as a leader from the civil rights generation — race was the primary political talking point. 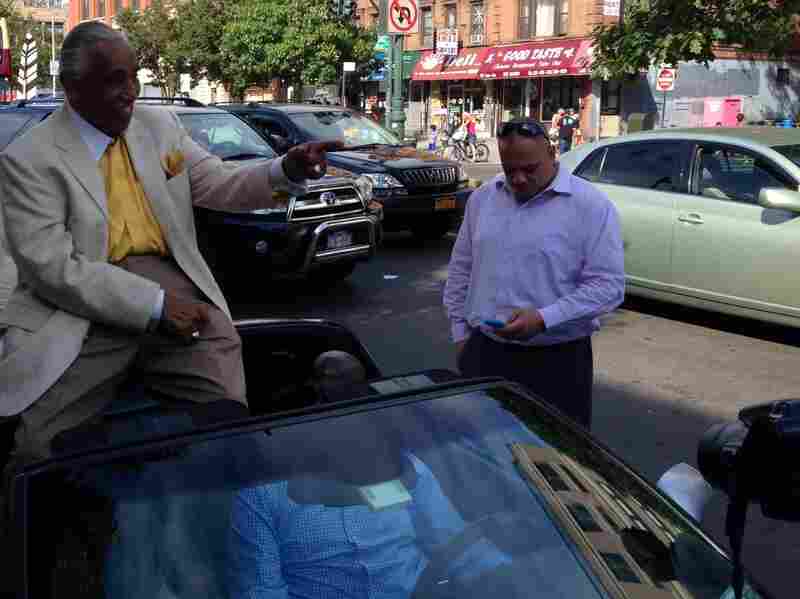 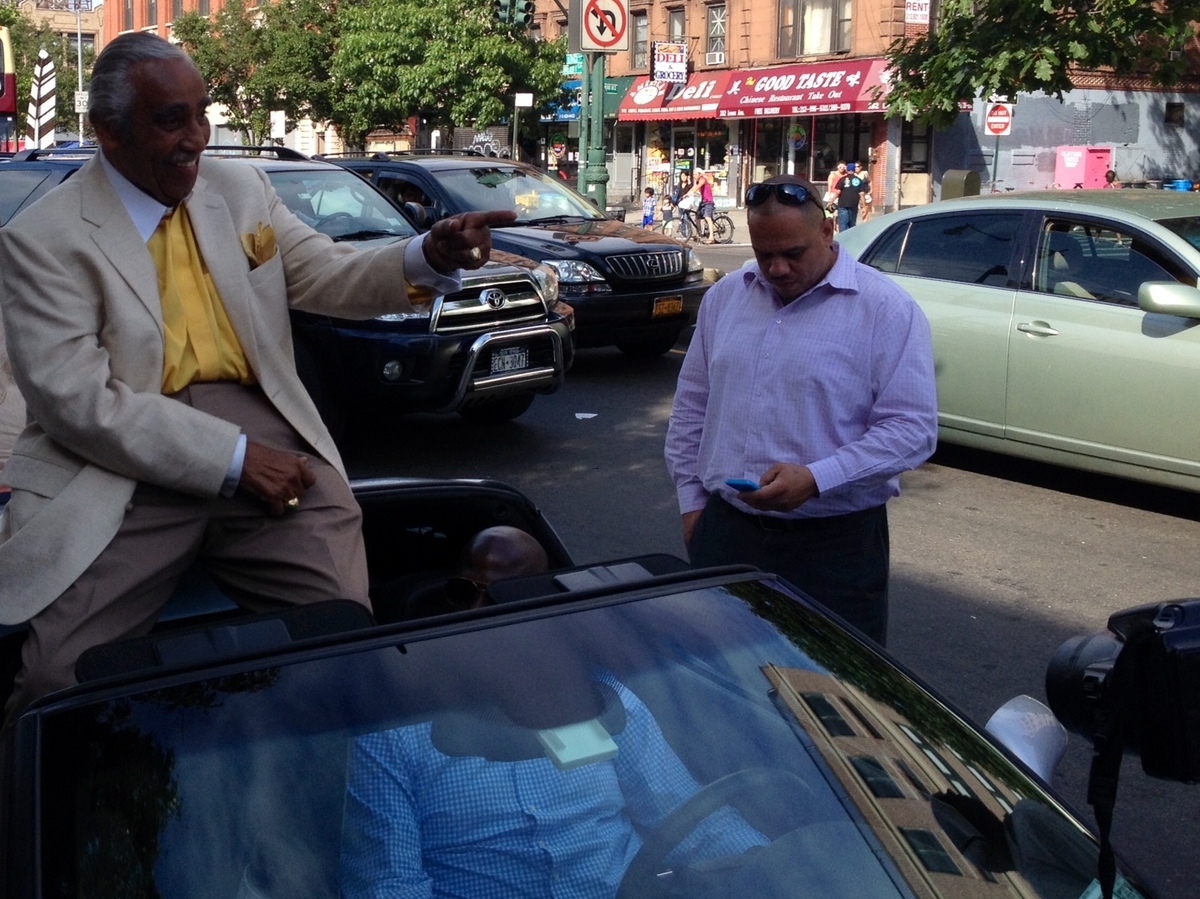 The leaders of that generation are more accustomed to confrontation, says Vincent Hutchings, a political science professor from the University of Michigan. For Rangel, that meant naming and helping found the Congressional Black Caucus.

Rangel's not giving up his turf without a fight. He is armed with backers such as former President Bill Clinton and Gov. Andrew Cuomo.

Espaillat, on the other hand, enjoys strong support from unions and some top local officials. He is working hard to convince voters that he's the future.

"This is the motorcade to victory," he told supporters at a weekend rally.

In another part of the district, Rangel climbed into a silver Corvette convertible after the Saturday rally, riding high on the back seat — looking less like a relic and more like a homecoming king.