Accessibility links
How 'Professor Godzilla' Learned To Roar : Code Switch Hendrix College's new president is an Ivy League economist who's better known for his obsession with a certain giant lizard. 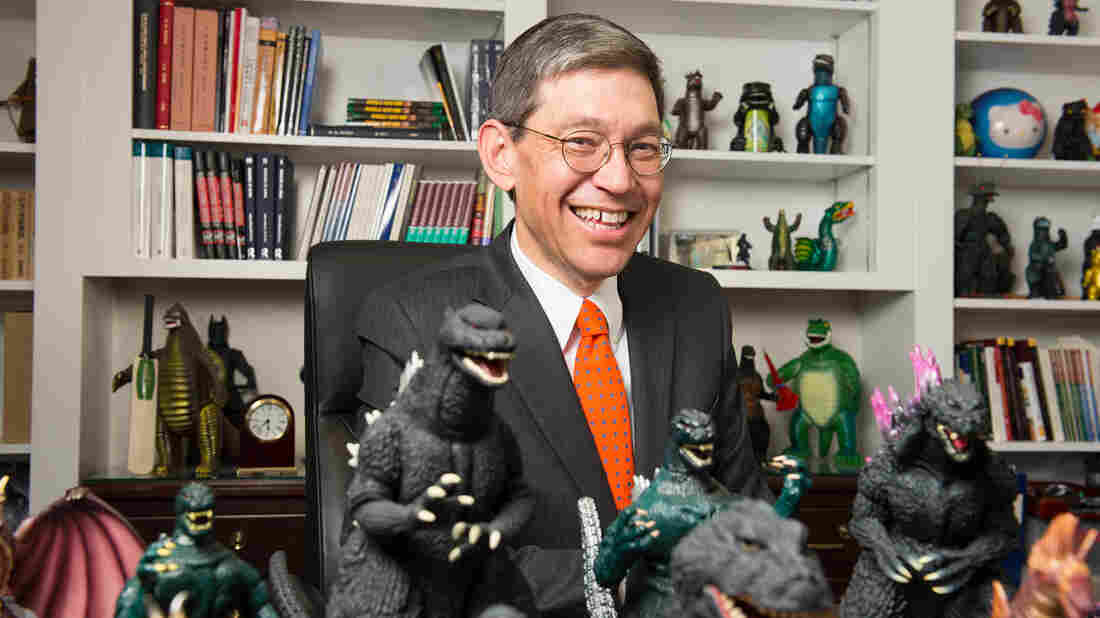 For William Tsutsui, incoming president of Hendrix College and author of Godzilla On My Mind, the iconic lizard is an obsession and an inspiration. Hillsman Jackson hide caption 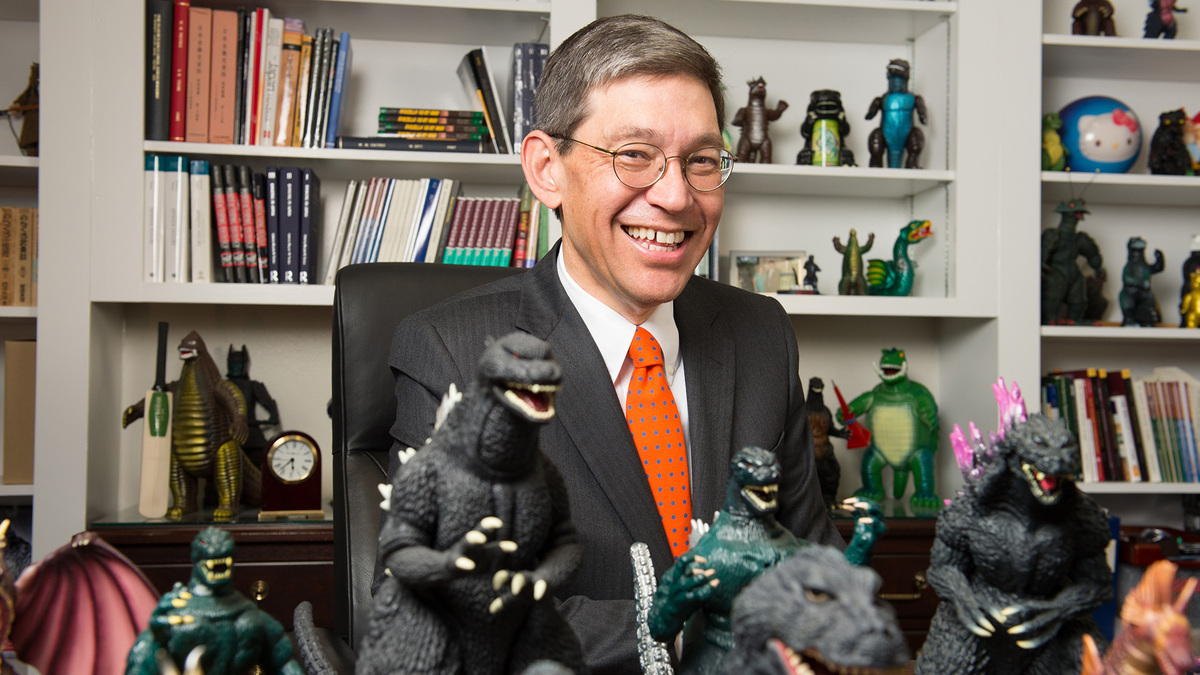 For William Tsutsui, incoming president of Hendrix College and author of Godzilla On My Mind, the iconic lizard is an obsession and an inspiration.

Hendrix College, a small school outside of Little Rock, Ark., is about to get a new president. His name is William Tsutsui, a Princeton-, Oxford-, and Harvard-educated economist, but he's best known for a certain expertise that has landed him the nickname Professor Godzilla.

Tsutsui first heard the infamous roar of the radioactive monster lizard when he was 8 years old, living in the tiny college town of Bryan, Texas. 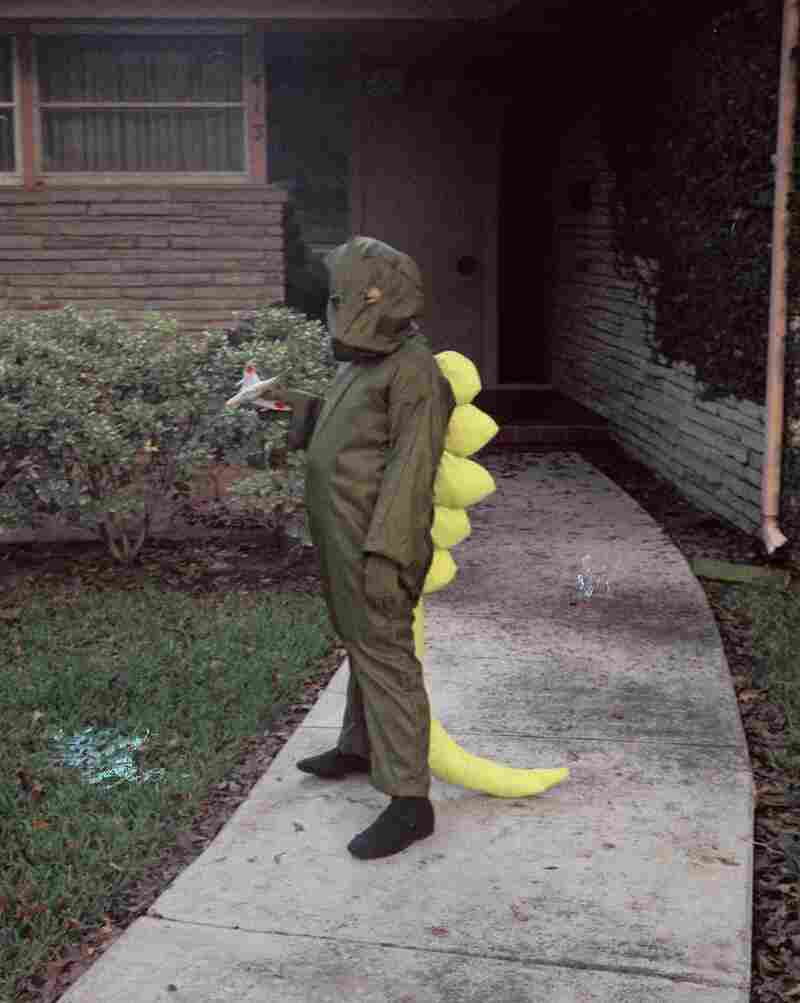 William Tsutsui in 1972 at age 9, in a Godzilla suit made by his mother for Halloween. Minoru Tsutsui hide caption 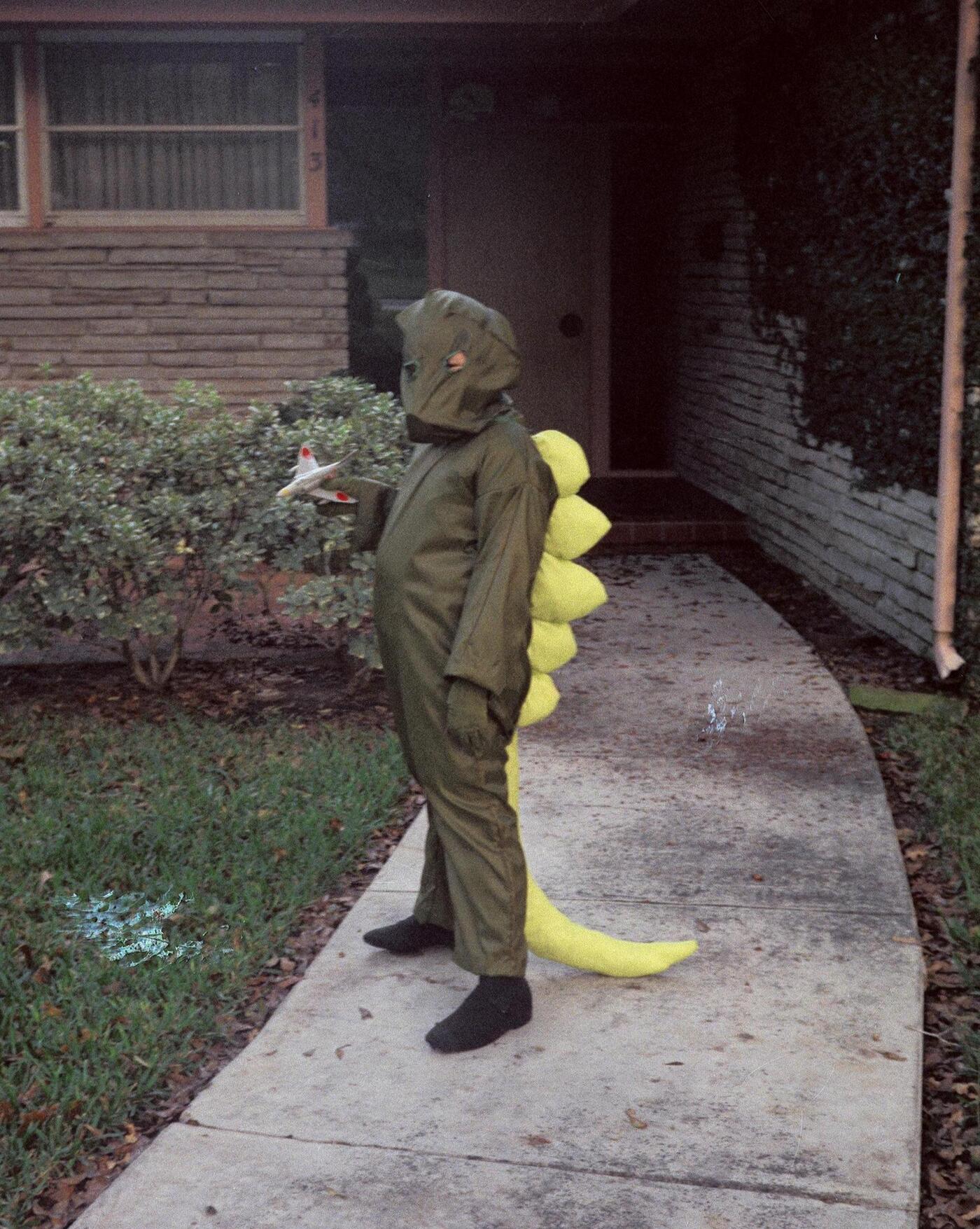 William Tsutsui in 1972 at age 9, in a Godzilla suit made by his mother for Halloween.

"Unlike many Japanese-Americans, I've not ever had the experience of living in a place with a large Asian-American community," Tsutsui says. "So I've never lived on the West Coast, I've never lived in Hawaii; so for me it's really been, in a way, a very lonely experience."

Tsutsui was an only child and biracial; his dad was Japanese, and he had an Anglo mom. There was only one other Asian-American family in Bryan. He felt like an outlier, he says, and was bullied so much he had to be transferred to a different school.

But everything changed one day, as he lay on the shag carpet in his parent's bedroom, watching a big old Sylvania TV set.

"I see this huge Japanese monster dragging his scaly feet through Tokyo, and I thought, 'That is so cool, I want to be that monster,' " he says.

"I just wanted to wrestle with my friends in the same way," he says. "I'd be Godzilla and James would be Rodan, and we'd have this epic battle of monsters on the playground at Davey Crocket Elementary School in Bryan, Texas."

Tsutsui went on to become an economist and wrote books about business and banking in Japan. Most recently, he was a dean at Southern Methodist University in Dallas.

"For a long time, I thought I had serious work, but I realize all the books that I wrote about Japanese history, most of the people who read them were my relatives," he says. "Whereas I wrote about a giant rubber monster rampaging through toy cities in Japan, and tens of thousands of people read it. So I'm actually real proud to be known as the guy that studies Godzilla."

His first book on the giant lizard, called Godzilla On My Mind, earned him his nickname, recalls Tsutsui's wife, Marjorie Swann.

It wasn't always easy being the wife of Professor Godzilla, Swann says, and had to draw a firm line in the sand about how much Godzilla was allowed in the house.

"Bill has an entire office full of Godzilla toys. So he has to have very large, professional offices to take up all the Godzillas," she says.

Paul Dunscomb, a former student, recalls the lengths Tsutsui would go to to acquire Godzilla paraphernalia. Dunscomb did his dissertation in Japan.

"He actually sent to me his bank card and passbook, so I could draw on funds to basically buy for him Godzilla-related merchandise," says Dunscomb, who has known Tsutsui for nearly 20 years.

"It is one of the things that certainly defines him as a human being, the fact that he has this outsized love for a 50-meter, radioactive lizard," he says. "In many respects, I think he's been a real pioneer."

The way Tsutsui sees it, Asians were not really known in this culture for being leadership types, and Godzilla spoke to that view.

"Godzilla clearly was the boss; he was in charge, he was the hero, he was the focus of these movies," he says. "And I think from that I perhaps have taken some lessons about leadership and stepping forward and asserting myself."

As the new boss of Hendrix College, Tsutsui's planning to make his mark by putting a giant inflatable Godzilla out on the quad for his inauguration next spring.