Accessibility links
'Columbusing': The Art Of Discovering Something That Is Not New : Code Switch We are constantly "discovering" new cultural experiences, foods or locales that have already existed for a long time. But when is that a healthy byproduct of globalization and when is it a problem? 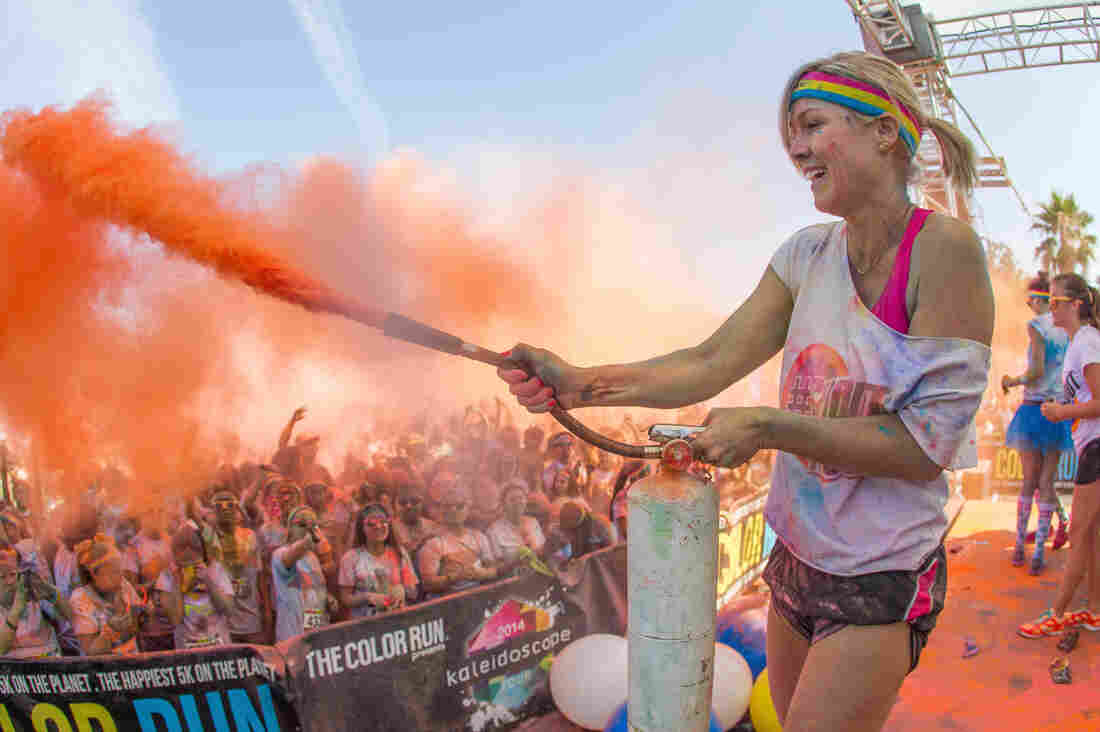 In this promotional photo shot for SC Johnson, TV star Jennie Garth sprays the crowd with orange at the Shout Color Throw on June 21 at Dodger Stadium in Los Angeles. Events like this one are being held in Europe and the United States, but most organizers don't mention that these events are inspired by the Hindu festival of Holi — but stripped of religious meaning. Jeff Lewis/AP Images for SC Johnson hide caption

If you've danced to an Afrobeat-heavy pop song, dipped hummus, sipped coconut water, participated in a Desi-inspired color run or sported a henna tattoo, then you've Columbused something.

Columbusing is when you "discover" something that's existed forever. Just that it's existed outside your own culture, nationality, race or even, say, your neighborhood. Bonus points if you tell all your friends about it.

Why not? In our immigrant-rich cities, the whole world is at our doorsteps.

Sometimes, though, Columbusing can feel icky. When is cultural appropriation a healthy byproduct of globalization and when is it a problem?

Buzzfeed Food published an article asking, "Have you heard about the new kind of pie that's all the rage lately?" It's a hand pie, a little foldover pie that you can fit in your hand. They have flaky crusts and can be sweet or savory. You know, exactly like an empanada, a Latin American culinary staple.

On face value, it seems stupid to get worked up over an empanada. I mean, it's just a pastry, right? But "discovering" empanadas on Pinterest and calling them "hand pies" strips empanadas of their cultural context. To all the people who grew up eating empanadas, it can feel like theft.

When it comes to our culinary traditions, Latinos are used to feeling robbed.

Latino activists spoke out in May when Chipotle announced plans to print original stories by famous writers on its paper goods and failed to include any Mexican-Americans or Latinos on the roster. The American-owned chain can profit from Mexican culture while overlooking the harsh reality of how Latinos have been treated in this country.

On Cinco de Mayo, chef Anthony Bourdain asked why Americans love Mexican food, drugs, alcohol and cheap labor but ignore the violence that happens across the border. "Despite our ridiculously hypocritical attitudes towards immigration," writes Bourdain, "we demand that Mexicans cook a large percentage of the food we eat, grow the ingredients we need to make that food, clean our houses, mow our lawns, wash our dishes, look after our children."

It's frustrating when even the staunchest anti-immigration activists regularly eat Mexican food. It seems like a paradox to relish your fajitas while believing the line cook should get deported.

Admittedly, cultural appropriation is an integral and vital part of American history. And one day, empanadas might become as American as pizza (yes, I appreciate the irony of that statement). But the day when Latinos are considered as American as Italian-Americans, well, that feels further away.

The condolence prize for being an outsider is that you can take solace in the cultural traditions that make you unique. When outsiders use tweezers to pick out the discrete parts of your culture that are worthy of their attention, it feels like a violation. Empanadas are trendy, cumbia is trendy, but Latinas are still not trendy.

Code Switch blogger Gene Demby writes, "It's much harder now to patrol the ramparts of our cultures, to distinguish between the appreciators and appropriators. Just who gets to play in which cultural sandboxes? Who gets to be the bouncer at the velvet rope?"

Of course, there is no bouncer, but we can be careful not to Columbus other culture's traditions. Before you make reservations at the hottest fusion restaurant or book an alternative healing therapy, ask yourself a few questions:

Who is providing this good or service for me?

Am I engaging with them in a thoughtful manner?

Am I learning about this culture?

Are people from this culture benefiting from my spending money here?

Are they being hurt by my spending money here?

It is best to enter a new, ethnic experience with consideration, curiosity and respect. That doesn't mean you have to act or look the part of a dour-faced anthropologist or an ultra-earnest tourist. You can go outside your comfort zone and learn about the completely different worlds that coexist within your city. If you're adventurous, you can explore the entire world without leaving the country and without needing a passport.

Just remember, it's great to love a different culture and its artifacts, as long as you love the people too. 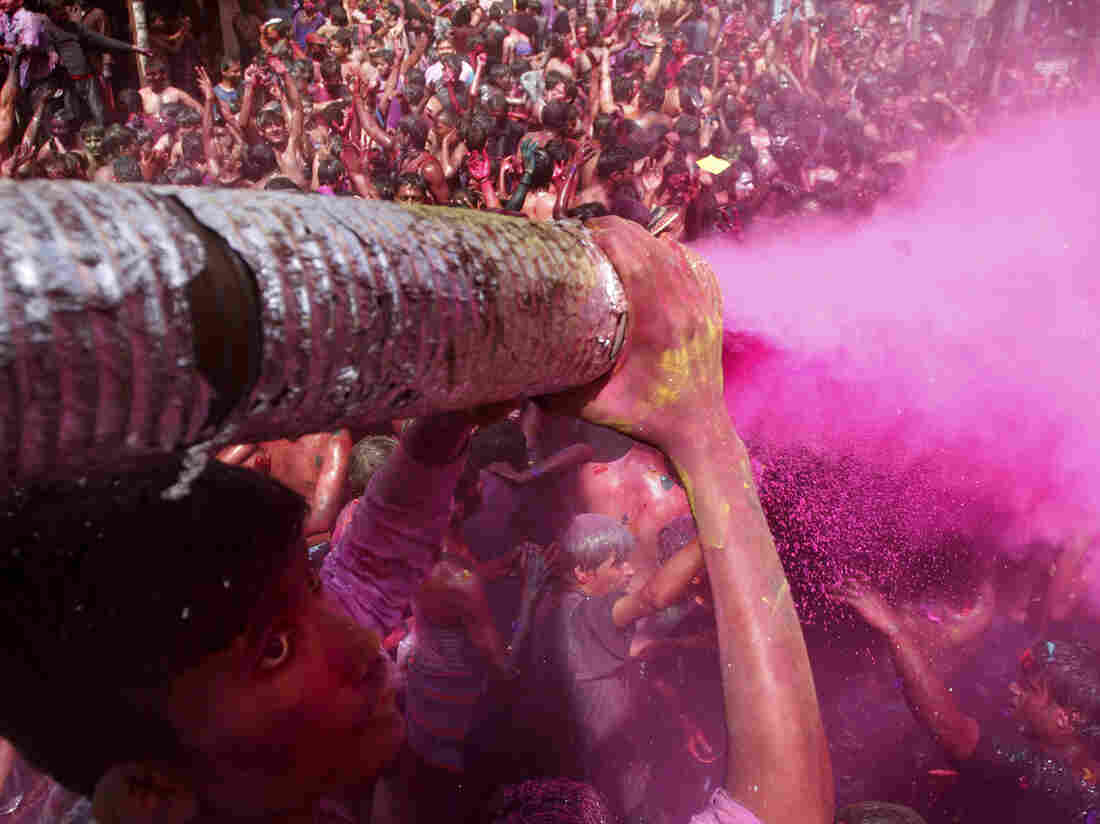 A man sprays colored dye on people dancing during Holi celebrations in India in 2012. Holi, the Hindu festival of colors, also heralds the coming of spring — a detail that partiers at the Shout Color Throw might miss. Rajesh Kumar Singh/AP hide caption 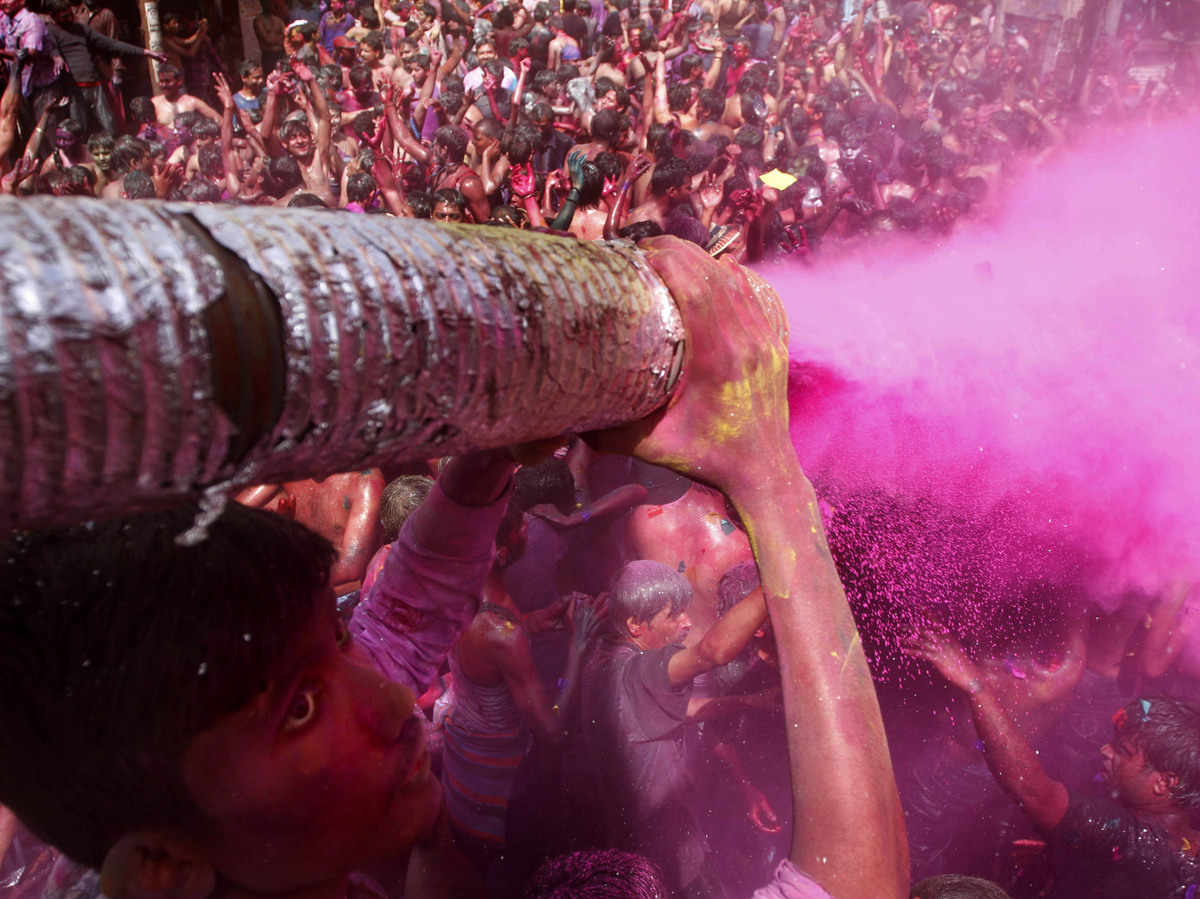 A man sprays colored dye on people dancing during Holi celebrations in India in 2012. Holi, the Hindu festival of colors, also heralds the coming of spring — a detail that partiers at the Shout Color Throw might miss.