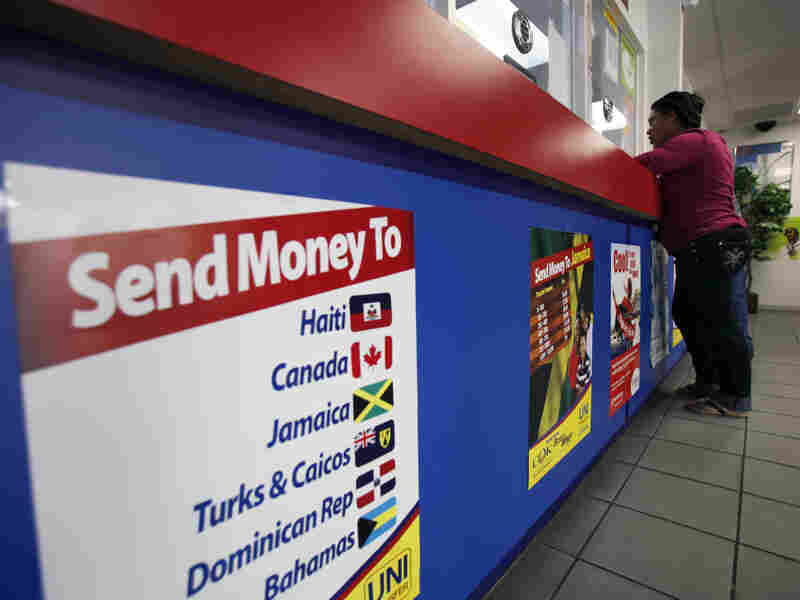 A customer stands at the counter at Unitransfer, a money transfer company at the Little Haiti neighborhood in Miami, Fla. Wilfredo Lee/AP hide caption 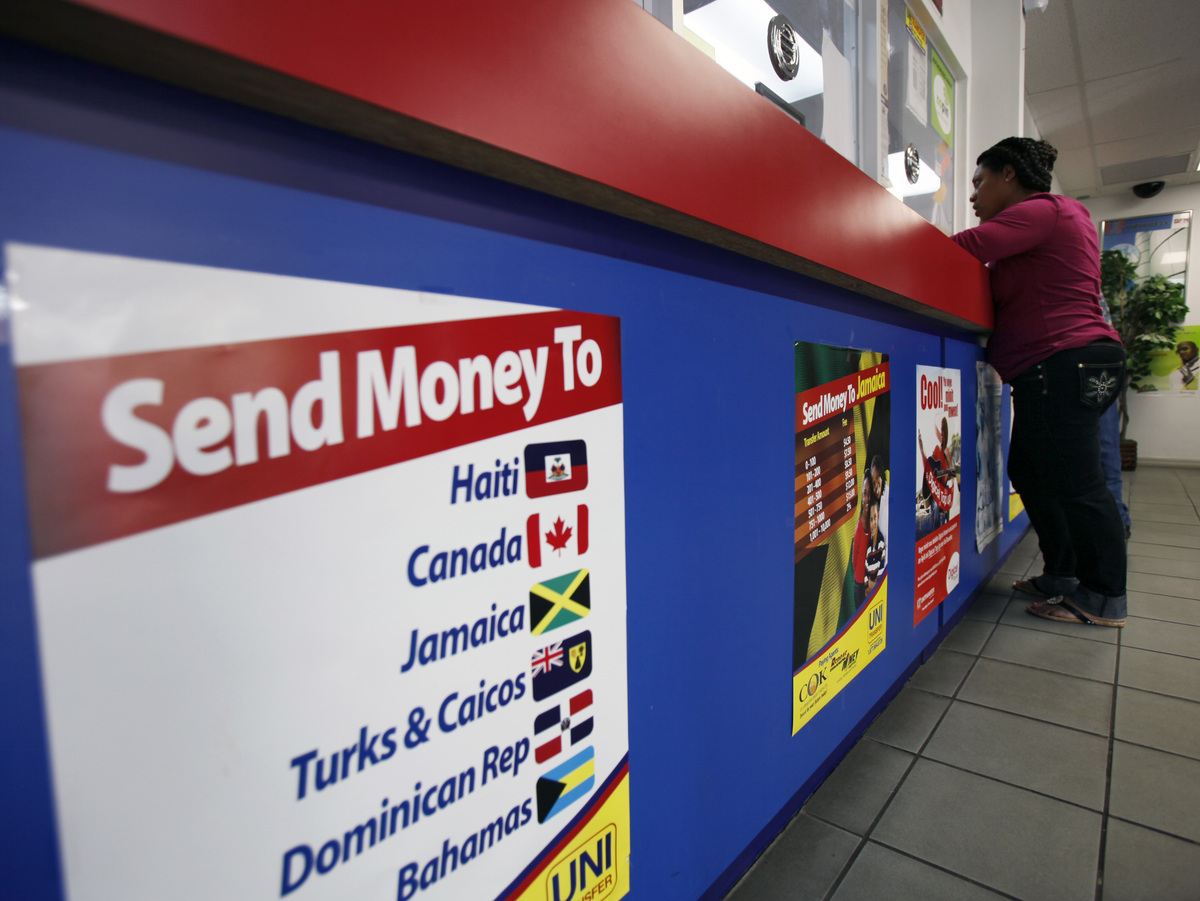 A customer stands at the counter at Unitransfer, a money transfer company at the Little Haiti neighborhood in Miami, Fla.

Immigrants Are Sending More Money Back To Less Poor Countries

But according to The New York Times, big banks are nixing services that let people send money across borders.

The Times' Michael Corkery reports that JPMorgan Chase and Bank of America are just some of the most recent banks to cut down on their money-sending services, which might make remittances more difficult and costly to transmit. (Some other banks that might follow suit are BBVA and Citigroup's Banamex USA, which has already cut down on most remittances to Mexico, the primary beneficiary of remittances from the U.S.)

Regulators, concerned that these services are being used by terrorists or drug lords to launder money, are holding banks responsible for monitoring the usage of those services — which is costly for banks.

But the issue is complicated, according to Corkery:

"But the government's efforts to root out illicit activity have effectively put the banks into a law enforcement role, industry experts say. And the result is undercutting another public policy goal — helping immigrants, who are primarily low income, move into mainstream banking. Even with the current relatively low remittance fees, the costs can still add up. Some Latin American immigrants say they regularly send three remittances a week to pay for last-minute school supplies or rent."

To see how this has affected a community on the ground, Minnesota Public Radio's Matt Sepic took us to Minneapolis, Minn., where the U.S.'s largest Somali-American community is feeling hard-pressed by the banks' cuts. Forty percent of Somalia's economy is supported by remittance payments from the U.S. and elsewhere, according to Oxfam.

More and more, these Somali-Americans' options are dwindling as banks refuse to participate in hawala, a money-transfer system that operates world-wide. This is especially troubling as agencies in East Africa have been warning of a possible drought.

"Ahmed Ali, who wires cash to relatives who farm in rural Somalia, says his money can make the difference between them eating or starving.

" 'Without that money they cannot support their livestock,' he says. 'There's no government functioning down there now. So that's why this money helps a lot.' "

A piece by Code Switch's Gene Demby gives you a sense that remittances play in the global economy:

"Seventy percent of all 'remittances' — the money that migrants send back to their countries of origin — goes to middle-income nations like the Dominican Republic, India and Mexico, according to a newly released Pew study that crunched numbers from the World Bank. (The World Bank classifies countries as middle-income if their per capita annual incomes fall between $1,036 and $12,615.) There are a few reasons for this: There are more middle-income nations in the world than before; those nations have more people in them; and more of those people are migrating to wealthier places. ...

Remittances are such a big part of the global economy that the World Bank considers them when it judges a nation's creditworthiness, as Pew notes in its report."

Folks who send money across borders: how has the evolution of the money-transfer industry affected you?