Accessibility links
In Stories Of Muslim Identity, Playwright Explores Fault Lines Of Faith : Code Switch Ayad Akhtar plumbs his past to grapple with what it means to be Muslim in America. While some accuse him of airing dirty laundry, Akhtar uses such questions not just for rupture but also for renewal. 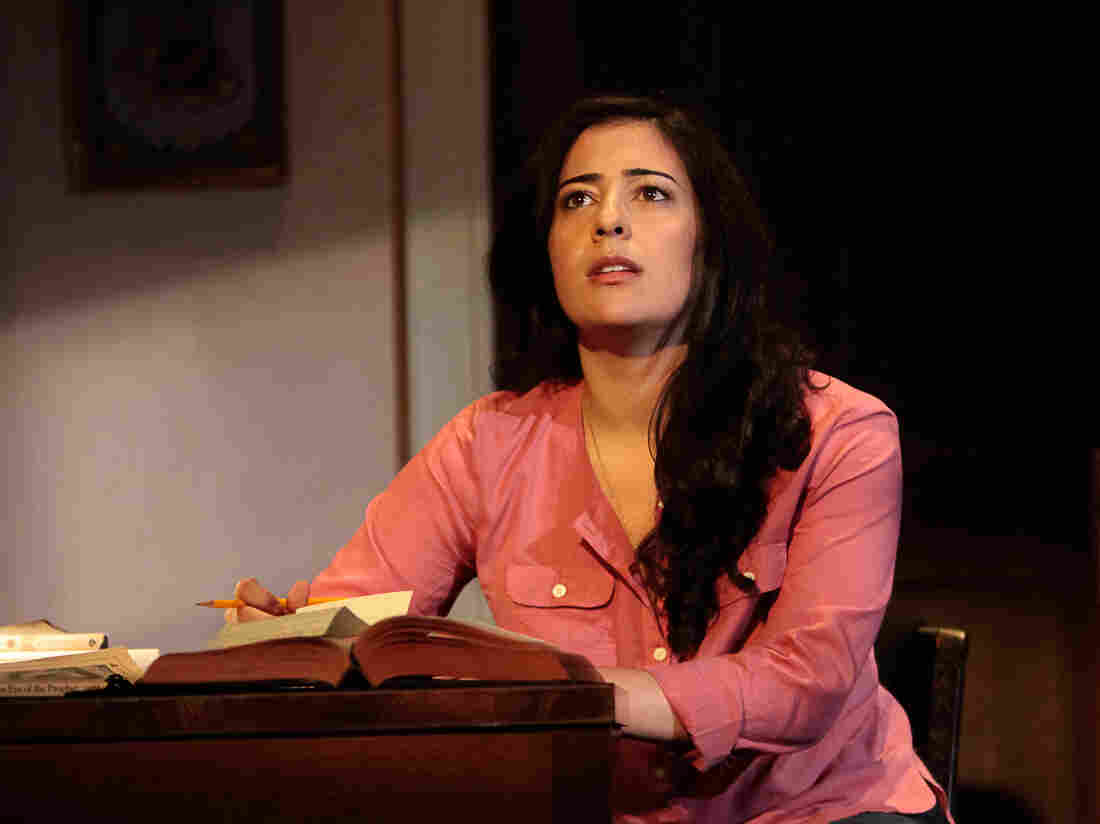 Nadine Malouf plays Zarina, a heroine whose questions — and the book in which she writes them — explore her family's religious identity. Erin Baiano/Courtesy of Lincoln Center Theater hide caption 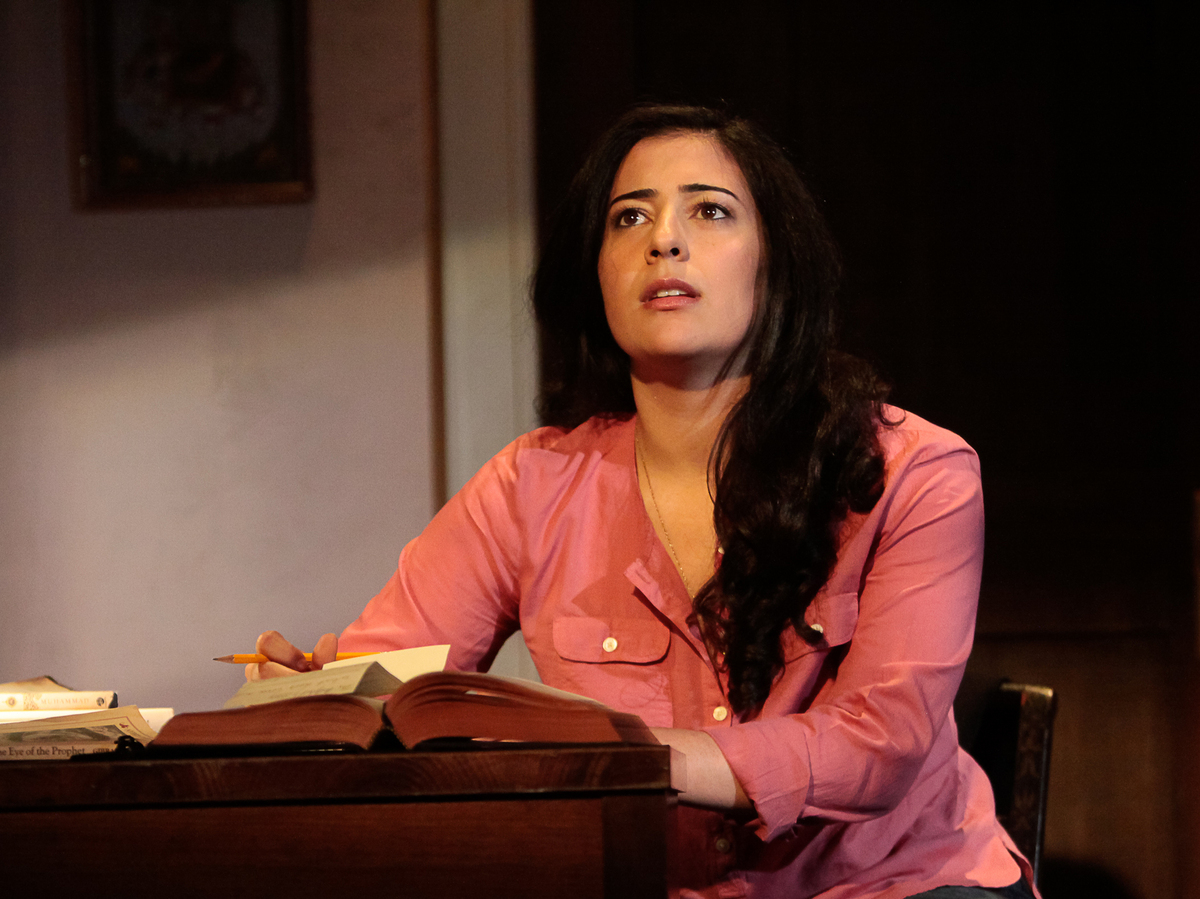 Nadine Malouf plays Zarina, a heroine whose questions — and the book in which she writes them — explore her family's religious identity.

Ayad Akhtar is a novelist, actor and screenwriter. And when his first play, Disgraced, won the Pulitzer Prize for Drama in 2013, he also became one of the most talked about new voices in American theater.

Long before this buzz, though, Akhtar grew up in a Muslim family with roots in Pakistan. He mines this background to bring the inner lives and conflicts of Muslim Americans to the stage. His plays often feature cutting dialogue and confrontations steeped in the tension between Islamic tradition and personal evolution.

Akhtar's latest play, The Who & the What, is set in Atlanta and tackles the role of women in Muslim families. As with his other work, Akhtar's own family helped inspire the drama.

"One of the central questions of my childhood was the role of women in my culture," Akhtar says. "I grew up around so many brilliant and strong women who really seemed to suffer and chafe under the familial and religious order." 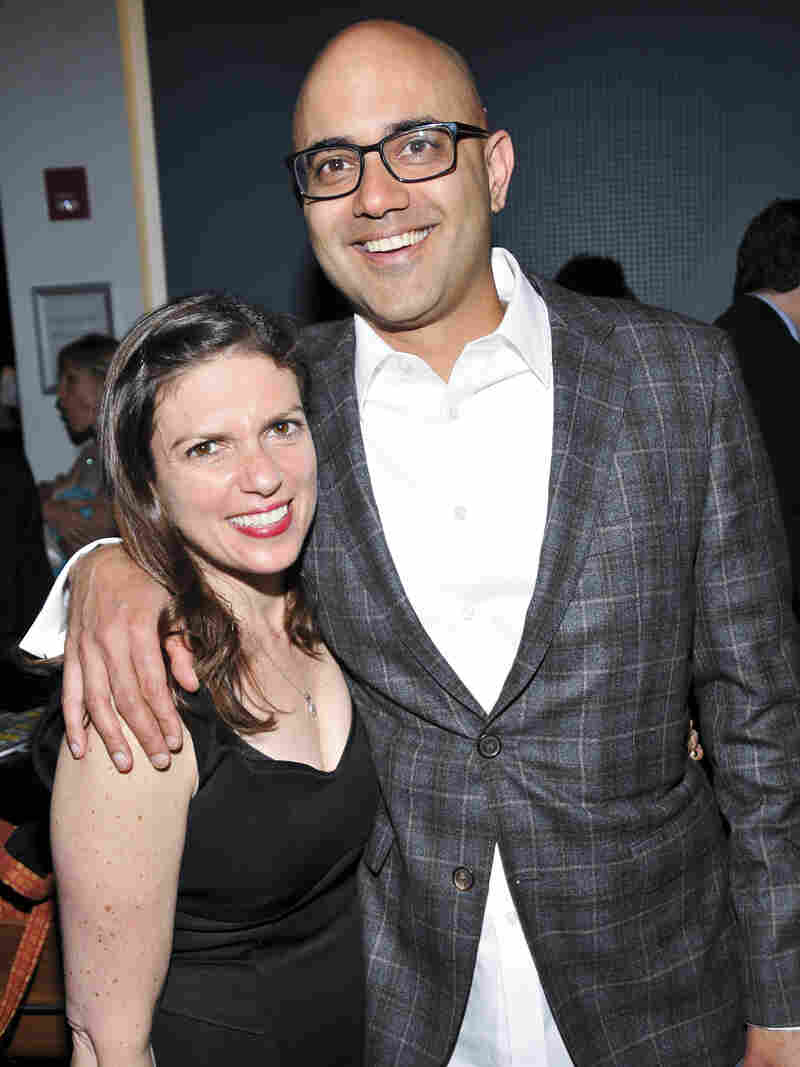 Director Kimberly Senior and playwright Ayad Akhtar pose for a photo on the opening night of The Who & the What. Jenny Anderson/Courtesy of Lincoln Center Theater hide caption 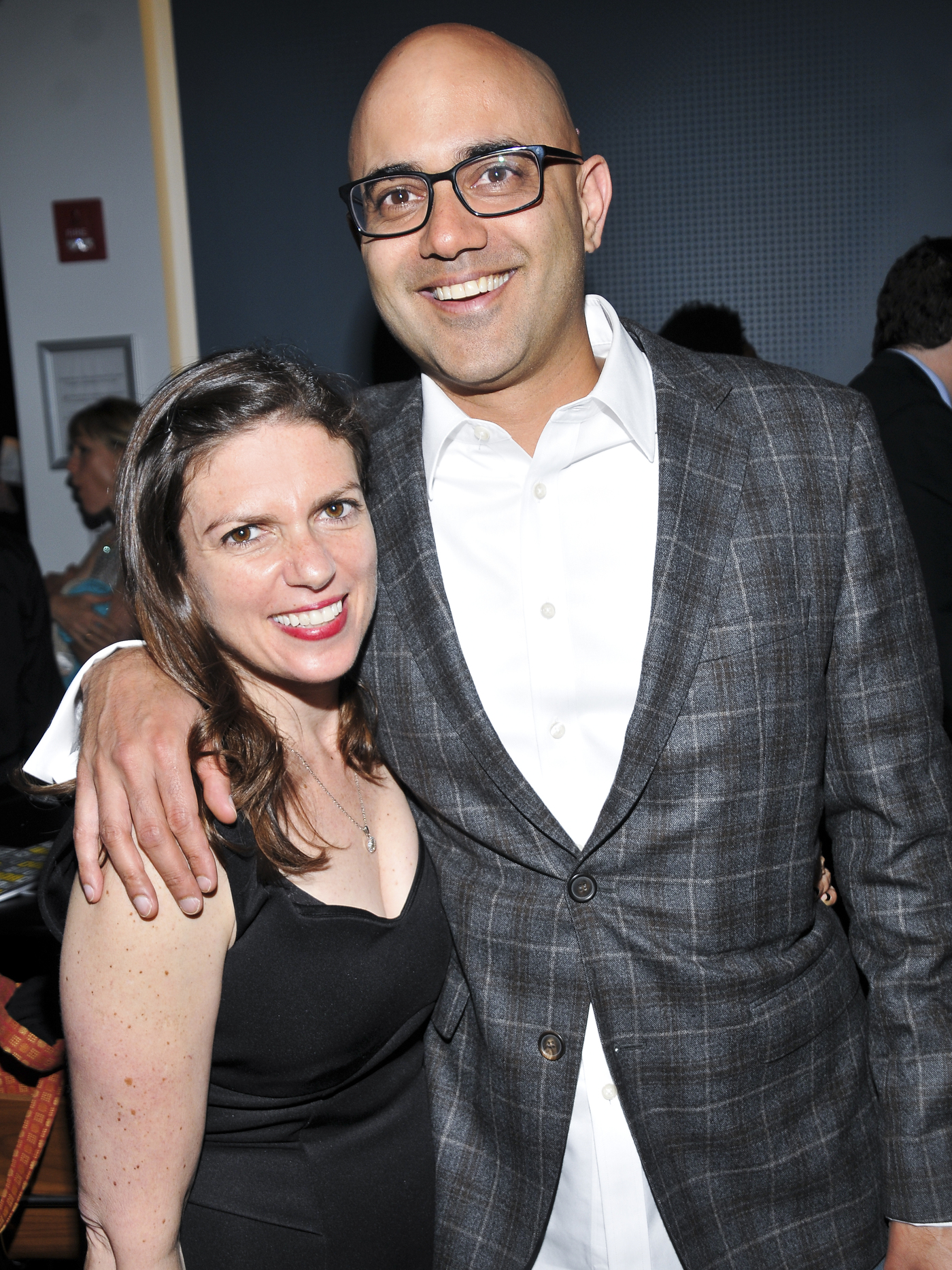 Director Kimberly Senior and playwright Ayad Akhtar pose for a photo on the opening night of The Who & the What.

At the heart of his new play is a young woman named Zarina, who wants to confront that order. She's secretly writing a scathing book about the Prophet Muhammad, hoping to expose what she considers the misogyny at the heart of Islamic history. When Zarina's observant father and sister discover her manuscript, the three of them descend into accusations of blasphemy and betrayal.

Playwright Donald Margulies served on the jury that recommended Akhtar's Disgraced for the Pulitzer Prize, and he says these kinds of clashes are at the heart of great theater. He says, "Theater is a place where arguments can be dramatized in a much more exciting way than if it were simply prose narrative."

He adds that what makes Akhtar's work especially exciting is that he is staging multiple perspectives within a community that is still working through its place in America.

Akhtar acknowledges that Muslims face an especially precarious place in American society in the aftermath of Sept. 11. In the shadow of surveillance, profiling and doubt, many Muslim artists have been inspired to explore identity in their work. But Akhtar says his characters are also facing a more universal dilemma.

"The process of becoming American has to do with rupture and renewal — rupture from the Old World, renewal of the self in a new world. That self-creative capacity is what it means to be American in many ways, and I think that part of that rupture is the capacity to make fun of yourself and the capacity to criticize yourself."

Muslim viewers haven't always appreciated seeing all that self-criticism on stage. Even as critics have heaped praise on Akhtar — and Disgraced was picked up for a Broadway run this fall — some Muslims have accused Akhtar of employing negative stereotypes for dramatic effect. They say that he's airing the Muslim community's dirty laundry for an outside audience.

Director Kimberly Senior, who is also one of Akhtar's close friends and his main collaborator, says that as a Jewish artist she recognizes that accusation. Senior explains: "We're often so concerned about other people's perceptions of who we are that it holds us back in this kind of amazing way. I think what Ayad is doing ... is the same as I feel when I read Philip Roth."

Senior says that by showing the darker edges and failings of Muslim characters, Akhtar is actually providing access for audiences outside the faith to identify with these characters. "This play is as much a love letter to Ayad's dad as it is to my dad," she says.

Akhtar says he wants to push conversations about how Muslims grapple with adapting their sacred texts to modern life. If his work can contribute to that discussion, he says, it is a mark of collective progress.

"An artist's job is to tease and poke and question the larger racial, ethnic, religious and social conscience and in the process to provoke questions that lead to new practices and new way of seeing."

He adds, "Being in conflict with one's subject matter is not such a bad sign after all."