Accessibility links
The George Zimmerman Trial, One Year Later : Code Switch The trial in the killing of Trayvon Martin became a flashpoint for conversations about race, class and gun laws. Here's what's happened to some of the most-discussed topics from the trial since.

George Zimmerman's trial for killing Trayvon Martin became a flashpoint for raucous, heated debates — conversations about racial profiling, gun laws and the criminal justice system. Zimmerman's acquittal was seen by many as an outrage, but any outcome would have been unsatisfying for many people, since criminal trials are horrible proxies for the resolutions of big, thorny social issues.

This past Sunday marked the one-year anniversary of Zimmerman's acquittal, and we didn't think the occasion should go unremarked upon. The New York Daily News has an update on what's happened to the major players surrounding the case in the year since the trial. But what has happened to some of the other big issues raised by the trial?

On Latinos And Whiteness

During the trial, a lot of hay was made over Zimmerman's ethnicity — many folks argued that the confrontation wasn't one between a white guy and a black teenager because Zimmerman wasn't white, but Latino. In some circles, the idea that someone could be both Latino and white was treated as a media concoction meant to slide the Trayvon Martin shooting into a familiar black-white template for racial grievance. 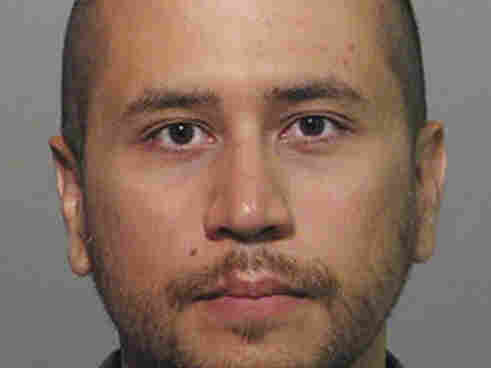 Interestingly, there's been quite a bit written about Latinos and whiteness since, although it's been mostly unrelated to the Zimmerman trial. Nate Cohn of the New York Times sparked a lively debate after he wrote a piece about preliminary census data finding that a large number of Latinos had changed their racial identities on the Census between 2000 and 2010. Cohn's takeaway: Latinos were assimilating into whiteness much in the same way immigrant populations did in the early 20th century. Cohn wondered what this might augur for the much-discussed browning of America in which whites are set to be outnumbered by people of color.

The reality is a little bit more complicated, as we've learned. I spoke to some of the census researchers who crunched these numbers, and they were much less prescriptive about the data's implications for the future of America.

I also picked the brain of the very dope Julie Dowling, a sociologist at the University of Illinois, whose field work has focused on this very question. Dowling said that everything from geography to personal experience informs the way people identify racially. Indeed, Dowling said that a lot of how people identify officially is not related to how they identify in their day-to-day lives.

The census did this really big, comprehensive project where they sent out 17 different alternative questionnaires of the 2010 census. And some of those were a combined question, where they actually put Hispanic or Latino in there, alongside racial groups. So they had more than 750 households involved in this, and they went back and they interviewed about 1 in 6 of those individuals who filled out that form. They got a telephone re-interview, where they got called back.

"You checked white for your race. Is that how you identify in your daily life? Is that how other people see you?"

They found that for Latinos, those who checked white did not identify with the term. So about half of Latinos who checked white on the census, when they called them back, a very nominal amount of them thought of themselves as white. [The interviewers] asked them, "So why did you check this?" And they said, "Because there was nothing else. I don't fit anywhere else. There's nothing else to put."

(Just how much does confusion over the census's wording matter? Put it this way: Dowling said that in 2020, the third-largest racial group in the United States could likely be "some other race.")

Dowling said that a person's skin color doesn't predict the way he or she will answer, either — many dark-skinned Latinos identify as white while many light-skinned Latinos check the "black" box on the census. A bigger predictor was ideology. "It wasn't so much color or assimilation, but what strategy they use to combat the discrimination they faced," she said. "Because the overwhelming majority of the people I spoke to experienced discrimination — whether they identified as white or whether they identified as other."

Rachel Jeantel was the last person Trayvon Martin spoke to on the phone before his fateful confrontation with Zimmerman, and her testimony came under intense scrutiny — but it was almost overshadowed by the discussion of her demeanor on the stand. Jeantel — and the reactions to her — became a debate about race and class almost unto herself. 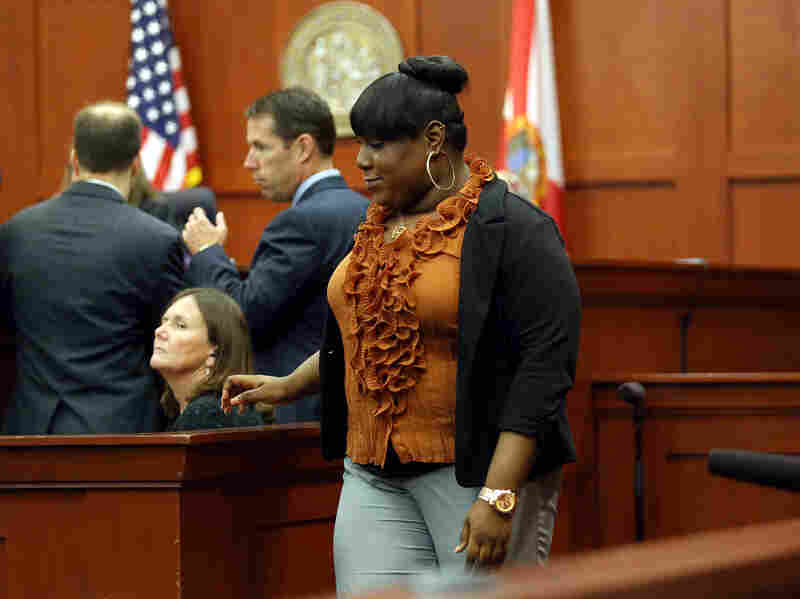 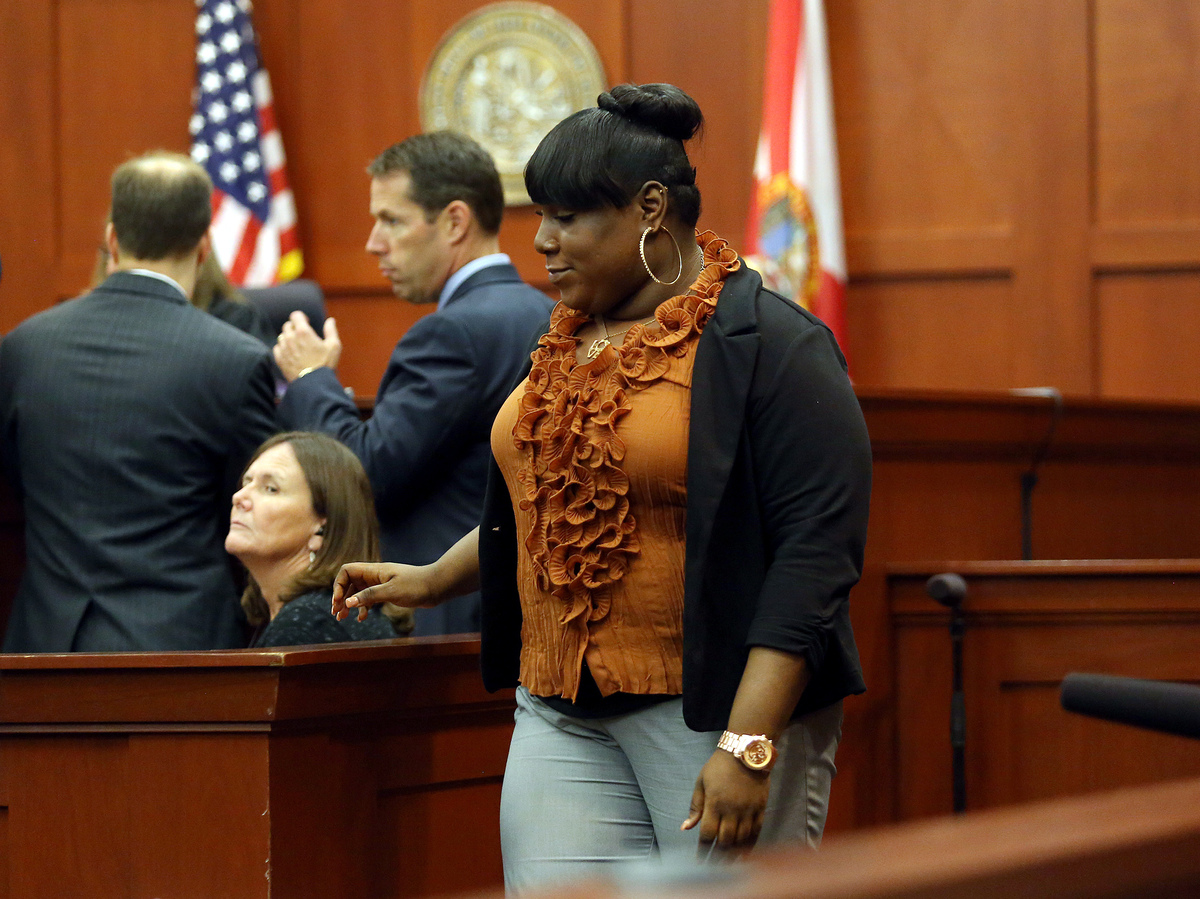 Rachel Jeantel leaves the courtroom for a break during George Zimmerman's trial in June 2013.

Last month, Krissah Thompson and Lonnae Parker O'Neal of the Washington Post caught up with Jeantel and documented the efforts by several well-connected figures, including the radio host and mogul Tom Joyner, who intervened in Jeantel's life after seeing her on television during the trial. (They dubbed themselves "the village," as in "it takes a village.") It's hard not to notice the cultural and socioeconomic gulfs between Jeantel and her self-appointed village, whose goals often seem at cross purposes.

With Joyner's money, the village went to work. Dorothy Bendross-Mindingall says she wept when she saw Jeantel on the stand, seeing her as proof of a failing school system. A Miami-Dade School Board member, Bendross-Mindingall threw herself into the cause, too. She arranged for Jeantel to be transferred to an alternative school, with smaller classes and intense staff involvement.

Jeantel's mother, Marie Eugene, who speaks Creole and little English, silently watched the hurricane of help come into her daughter's life. Few of Jeantel's mentors had ever spoken with Eugene directly. At times, Jeantel herself was hardly consulted. ...

Joyner won't say how much the foundation has contributed to Jeantel's care. "What matters is, did it work? The short answer to that is no," Joyner says. Rachel graduated "not being motivated to get ready for the world." Joyner wanted her college-ready — to get herself college ready. That's what the foundation was paying for. "The educational system failed her, but here was an opportunity to do more than the system was offering her," he says. "We took her to the water, and now the rest is up to her." The offer remains open.

Months after the Zimmerman verdict, the trial of Michael Dunn earlier this year became national news, and the facts of that case bore many resonances with the Zimmerman trial. Jordan Davis, an unarmed black teenager, was shot and killed near a Florida gas station after an encounter in which the shooter, Dunn, felt his life was threatened. And since the shooting took place in Florida, it once again foregrounded the state's "stand your ground" law, which allows people to pre-emptively use deadly force if they feel threatened. Like the Zimmerman case, the case became a flashpoint for the controversial law, whose support is split among partisan lines. (Unlike Zimmerman, Dunn was ultimately found guilty of attempted murder, for shooting at the people who were with Dunn.)

The New Yorker's Jeffrey Toobin wrote that while the "stand your ground" statute wasn't invoked in either case, it informed the proceedings.

Neither Zimmerman nor Dunn took full advantage of Florida's "stand your ground" law. Under that statute, both defendants were entitled to ask for a pretrial hearing in which the judge could have dismissed the case outright; the law empowers judges to grant defendants immunity if they find that the defendants had a right to act as they did. Both Zimmerman and Dunn chose to forgo those hearings and take their chances with juries. The decision paid off for Zimmerman, less so for Dunn.

Still, stand your ground was at the heart of both cases. The state's delay in charging Zimmerman in Martin's death — an interval during which the case came to wide national attention — was largely due to questions about whether "stand your ground" applied. In Dunn's case, his lawyer, Cory Strolla, cited the law in his closing argument: "His honor will further tell you that if Michael Dunn was in a public place where he had a legal right to be, he had no duty to retreat and had the right to stand his ground and meet force with force, including deadly force."

There are at least 24 states with "stand your ground" laws, but Florida's has gotten the most attention. This is in part because it's seen as the most expansive and because of some of the cases in which it has been invoked. (Exhibit A: The retired police officer who shot a man in a movie theater after a fight over text messages has invoked the statute.)

The limits and scope of the Sunshine State's version of the law are still being worked out — a criminal trial in the courts right now is wrestling with whether to extend the stand-your-ground provision to include felons who have lost the right to carry weapons. And after the case of Marissa Alexander — who was convicted and sentenced to 20 years in prison for firing what she claimed was a warning shot at her husband during a dispute — the state extended stand your ground to include warning shots.

But despite the efforts of groups like the Dream Defenders, who want the statute repealed, polls taken in the wake of the trial show that "stand your ground" remains broadly popular there. There's also a sharp partisan divide on the issue in Florida and elsewhere — Republicans tend to support it while Democrats oppose it. "No one should pretend that the tragedies of Trayvon and Jordan took place in some politics-free zone," Toobin wrote. "The shots may have been fired on a suburban street and by a gas station. But Democrats and Republicans disagree as much in courthouses as in statehouses."

For more discussion of the aftermath of the George Zimmerman trial, check out Monday's Tell Me More conversation.