Accessibility links
Study Reveals Worse Outcomes For Black And Latino Defendants : Code Switch Researchers who looked at two years of records from the Manhattan district attorney's office found that race was a significant factor in determining how prosecutors resolved cases.

There are a lot of steps that come between an arrest and a conviction, and between conviction and sentencing. And throughout that winding process, a prosecutor's decisions carry enormous weight.

Does the prosecutor accept the case? Does she have the defendant jailed before trial? Is a plea bargain offered to the defendant, and if so, what are the terms?

Cyrus Vance, the district attorney for Manhattan in New York City, opened the records for more than 220,000 cases that his office handled over a two-year period between 2010 and 2011 to researchers from the Vera Institute for Justice, which analyzes public policy. 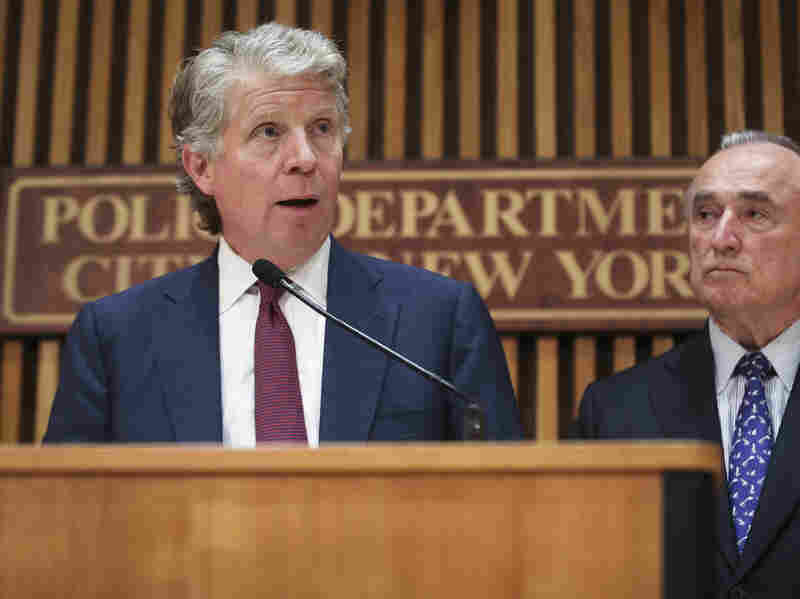 Cyrus Vance Jr., the district attorney for Manhattan, wanted to see if there were disparities in how the cases were disposed of. John Minchillo/AP hide caption 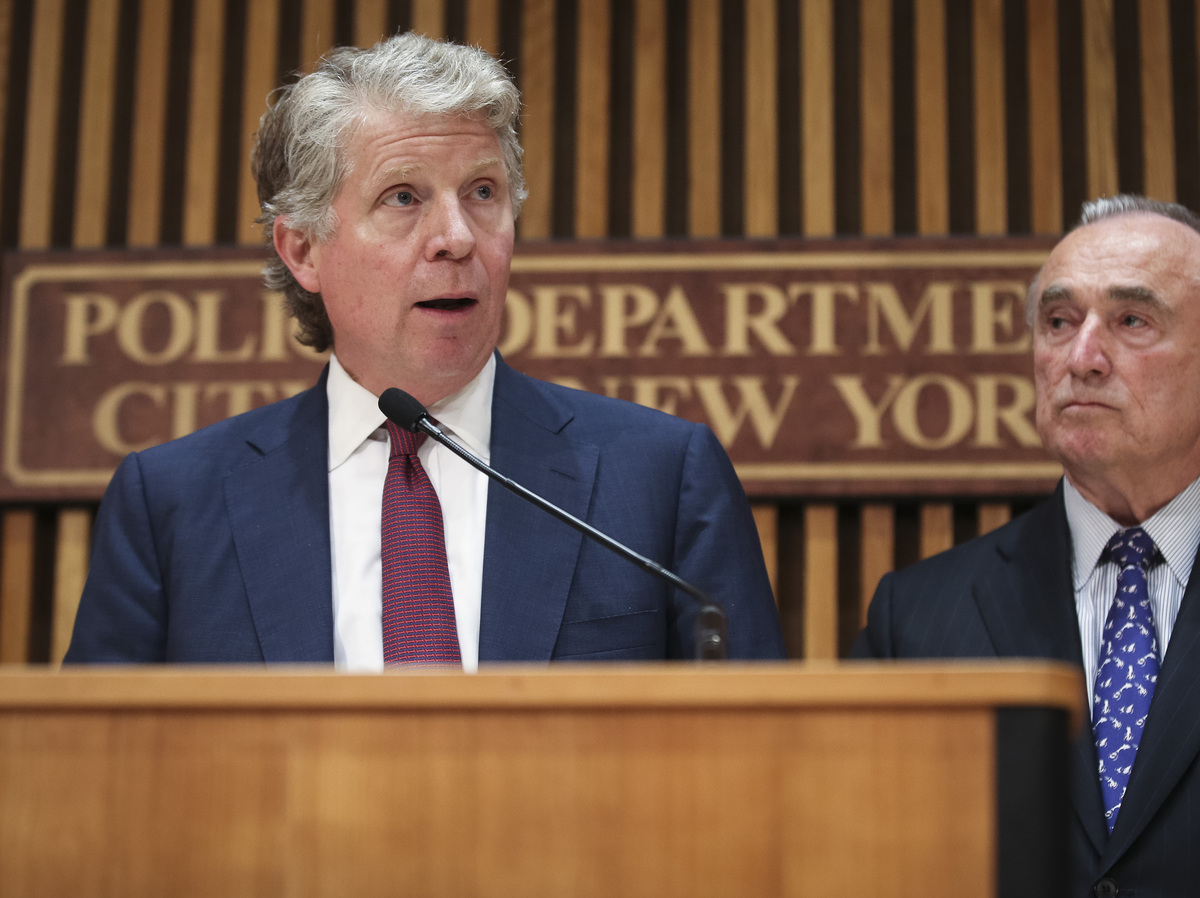 Cyrus Vance Jr., the district attorney for Manhattan, wanted to see if there were disparities in how the cases were disposed of.

"[The DA's office was] interested in looking under the hood and seeing where there might be any disparity," Vera's Mary Crowley told me.

To make sure comparisons were "apples to apples," the researchers had to control for all sorts of factors that might play a role in how a case is handled, Crowley said. They held cases with defendants of color up against those of "similarly situated whites" — folks with equally serious charges, similar criminal histories, represented by similar types of counsel (that is, court-appointed or private).

What the researchers found was that while those factors were the best predictors of a case's outcome, race still played "a statistically significant independent factor" in how a given case was handled at almost every stage. (Notably, the researchers found no racial disparities in which cases were accepted by prosecutors after they were brought by police.)

To give you a sense of the disparities, here are a few examples:

Crowley said at every point of prosecutorial discretion, Asian-Americans had better outcomes than any other group. They were less likely to be detained, less likely to receive plea deals requiring time behind bars and less likely to be incarcerated. "Asian defendants received particularly favorable outcomes for misdemeanor property offenses (such as larceny and trespass)," the researchers wrote.

There was one area in which Latinos and blacks fared better — defendants from both groups were more likely to have their cases dismissed. The researchers had two ideas why that might be. One idea was that prosecutors were being lenient toward black and Latino defendants. The other hypothesis is that their cases are dismissed at higher rates because they're weaker and less viable.

So what gives? "It's not clear from the study what the reasons are," Crowley said.

Khalil Gibran Muhammad, who runs the Schomburg Center for Research in Black Culture in Harlem, told the New York Times that there are already racial disparities before these cases land in front of prosecutors — about 8 in 10 of the defendants in the cases examined by Vera were black and Latino. "It looks like the issue for Manhattan may be less one of what the prosecutors are doing over all, and more one of what police officers are doing," he said.

Vance, the district attorney, released a statement about the findings.

"The most important job of the district attorney is to enhance public safety while ensuring fairness for all who come before the court. That's why it is critically important for us to understand where and why disparities occur in the criminal justice system. ... And we are committed to implementing preventative strategies to reduce any unintended racial and ethnic disparities that exist."

Other jurisdictions — like Charlotte, N.C., Milwaukee and San Diego — have opened up their records and partnered with the Vera Institute for similar inquiries, but Manhattan is the largest.

"The big thing about this is that Mr. Vance opened this up of his own volition," Crowley said, adding that she hopes other prosecutors follow suit. "It really is a significant leadership position for a prosecutor to do this."