Accessibility links
When Defending Your Writing Becomes Defending Yourself : Code Switch When the subject of race comes up in his MFA writing workshop, author Matthew Salesses says, it usually feels traumatic — a burden personal to writers of color. 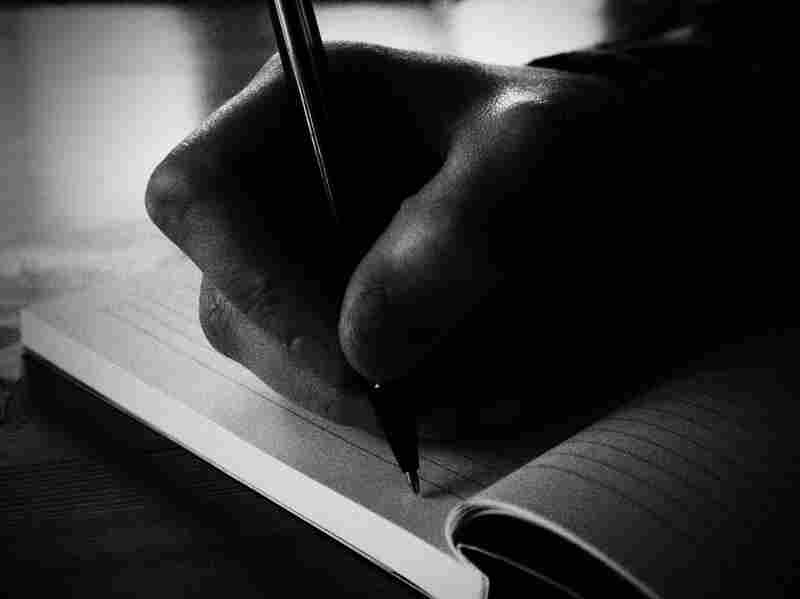 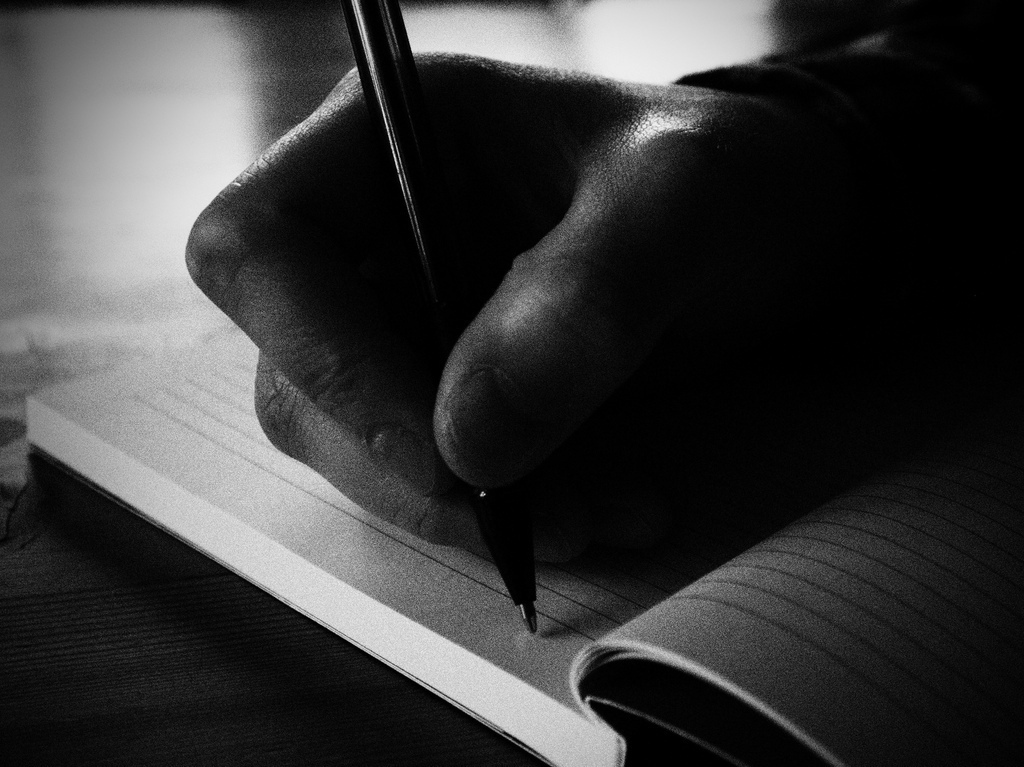 In the past year, my first in a prestigious Ph.D. program in creative writing and literature, I have often felt conspicuous as a writer of color. I have felt a responsibility to speak up when race is discussed, but I have also resented this responsibility. Lately, I have found myself burying my head. It bothers me to no end that the pressure is beating me, and yet it is.

Like many writers of color, I read Junot Diaz's "MFA vs. POC" on the New Yorker blog, and identified with his anger and sadness at the loss of voices of color to the "white straight male" default of the writing workshop — a group of writers gathering to critique one another's work. I have had "good" and "bad" workshop experiences, but for me whenever race comes up, it feels, somehow, traumatic. While most issues in workshop are presented as universal to story, race can come off as a burden personal to writers of color.

The Burden Of Craft

Here is a not uncommon experience. Writer Emily X.R. Pan was told by the white writers in her workshop that the racism in her story could never happen — though every incident had happened to her.

A writer might object that "it happened in real life" is a poor argument for why something should be depicted in fiction. On a craft level, the story should make it seem possible to ride one's bike 100 miles overnight or help deliver a baby on an airplane. But that is an argument for particular story context: introducing a character who often rides his bike long distances, for example.

A woman in my program has been told that her stories need to be more ethnic, that readers should be able to smell the food.

A similar but different criticism occurs when a writer is told that her portrayal of minority characters isn't different enough. A woman in my program has been told that her stories need to be more ethnic, that readers should be able to smell the food.

Writer Jackson Bliss describes an experience when a Pakistani writer spoke up in defense of a Desi character Bliss had written, and "the workshop rejected his comments and then spoke over him. Think about that for a second," Bliss writes, "a group of mostly white writers telling a hapa writer and a Pakistani writer what was culturally authentic and culturally permissible ... about nonwhite people."

What happens when the workshop pits a person of color's lived experience against a white perspective of how that experience should read on the page? For a writer of color, the defense of one's work can quickly become a defense of the self.

The Burden Of Speaking Up

Writers of color are also asked to offer up their voices solely because of their race. Another of my fellow Ph.D.s complained to me once about what happened after a talk at her MFA program. The talk included offensive comments about African-Americans. Afterward, one of her professors asked why my friend hadn't spoken up. The [white] professor had been waiting for a black student to say something.

More diversity in a workshop does not necessarily change the dynamic. It is difficult for writers of color even to come to each other's defense.

The kind of responsibility that professor called for is not a right, it's a role. And even if my friend had played it, speaking up about race can have real negative consequences.

Author David Mura writes in the Kartika Review that "if the student of color persists in making [race-based] critiques, she will find herself increasingly isolated socially and shunned in various ways by the other students and professors in the department — and this may very well also include other professors of color (who will often feel that their own position in the department is quite precarious and open to challenge)."

More diversity in a workshop does not necessarily change the dynamic. It is difficult for writers of color even to come to each other's defense. In Pan's workshop, the other writers of color stayed silent. I understand this silence. The more I see race become a burden, the harder it is to speak up.

The Burden Of Rules

So what is the solution? xoJane writer Sarah Seltzer suggests: "A writing workshop should always begin with this addition to the rules: 'If you approach a word, a phrase, an idea or a cultural reference that is unfamiliar to you, it's your job as a reader to figure it out from context or look it up.' ... The reader's unschooled ignorance becomes the burden, not the writer's 'exotic' references."

I wonder. Even as an instructor, I have had the experience of having to tread carefully around race. I've had a writer submit a story about an Irish musician pissed off that an Asian musician dare play the fiddle in an Irish bar. The story ended with the Irishman proving himself better by actually touching the audience's hearts. I read this story expecting some moment of empathy when the protagonist would rise above associating fiddle-playing ability with ethnicity, or at least fail spectacularly in a way that was clear to the reader, but neither ever happened. The class waited to see how I would respond. I approached the story on the level of craft.

I hate to use student examples in negative, but I want to say that I have been on the teaching side, and the conversation is no less difficult for workshop leaders of color. The instructor/student power dynamic is set against the minority/majority power dynamic. I felt burdened with speaking up as a person of color, and I fell back on the safer burden of craft.

Being vocal about race in the classroom, with which I am less and less comfortable, often brings to mind bell hooks's essay, "Killing Rage." When hooks speaks out, she's just as easily dismissed as when she doesn't. She's invisible when she cries. People of color often believe that there are safe places and that academia is one of them. But I find that academia is sometimes even more a place where race is dismissed or invisible or regarded with suspicion. In an intellectual arena, the rock and the hard place people of color are put in is the place between silence and killing rage, a place where it hurts to keep quiet and it can hurt your career to speak up. It is a place determined by the majority context, where either choice is self-defense.

Matthew Salesses (@salesses) has written about adoption, race and family for the New York Times Motherlode blog, The Good Men Project, The Rumpus, Hyphen Magazine, and elsewhere. His most recent book is a novel, I'm Not Saying, I'm Just Saying.