Accessibility links
The Fasting 5K: No Food, No Water, No Problem For Muslim Runners : Code Switch It might sound crazy to run while fasting, but runners in five U.S. cities joined the Fasting 5K, held during Ramadan, to share their commitment to their faith.

The Fasting 5K: No Food, No Water, No Problem For Muslim Runners

The Fasting 5K: No Food, No Water, No Problem For Muslim Runners 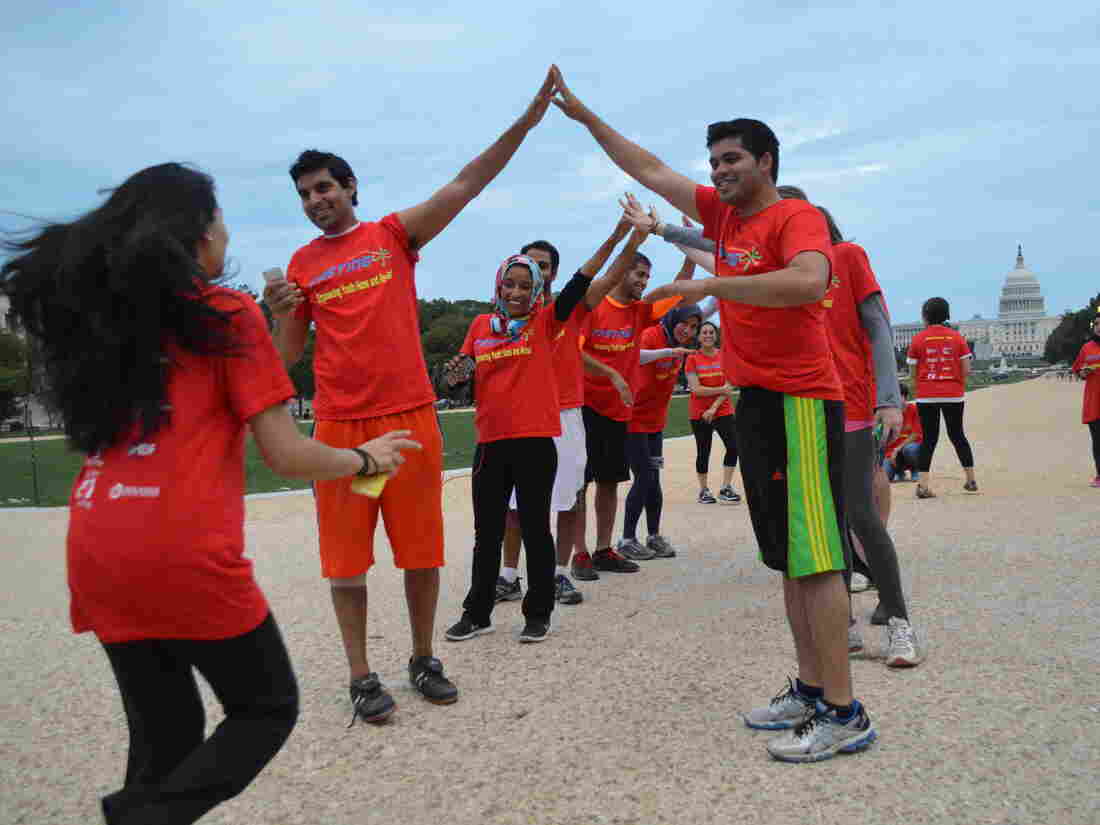 Runners form a human bridge at the finish line to cheer fellow racers. Participants completed a 3-mile loop around the National Mall — without food or water since sunrise. Rund Abdelfatah/NPR hide caption 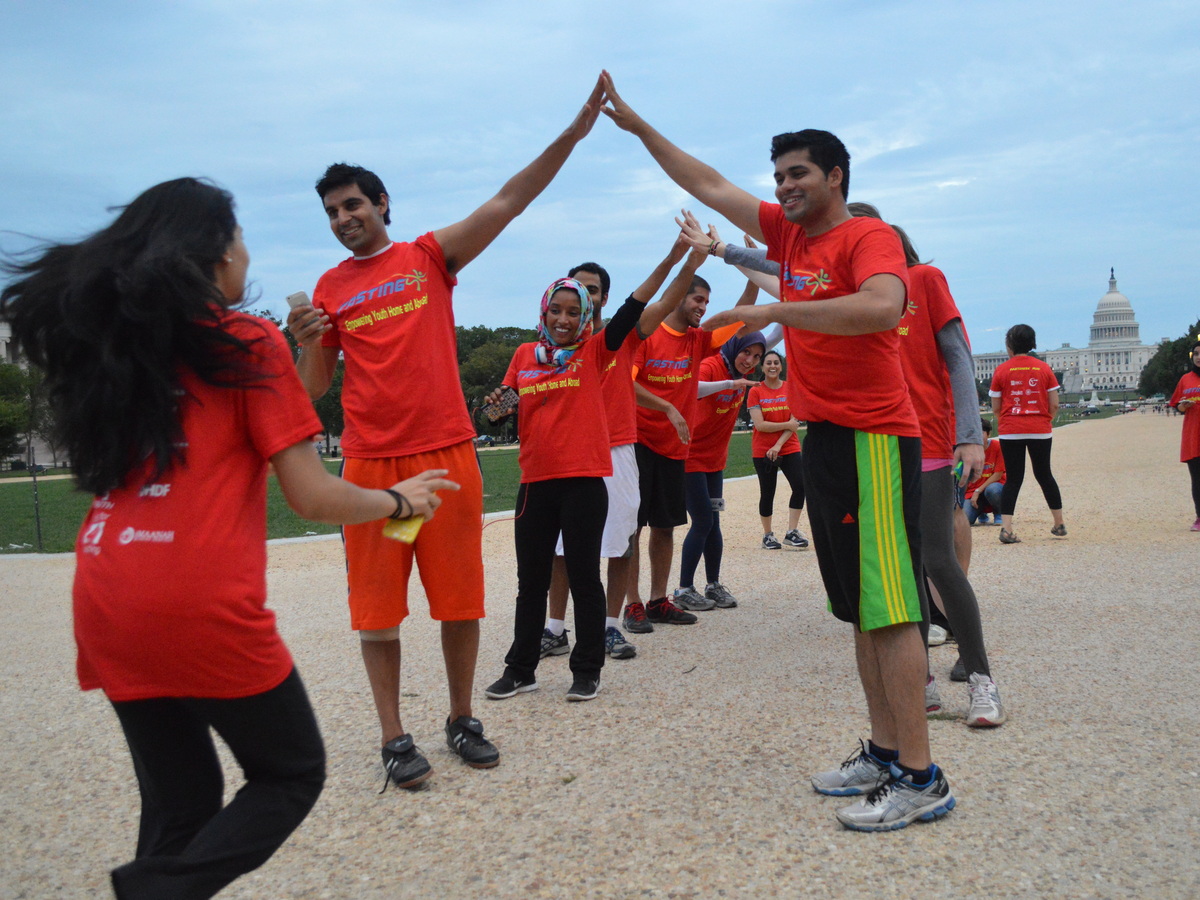 Runners form a human bridge at the finish line to cheer fellow racers. Participants completed a 3-mile loop around the National Mall — without food or water since sunrise.

With the sun lingering on the horizon and the Capitol in the distance, runner after runner completed a 3-mile loop around the National Mall and was met with cheers and high-fives. Standing in two parallel lines with hands outstretched, the crowd of mostly 20-somethings formed a celebratory human bridge for their fellow runners to pass under as they crossed the finish line.

In five cities across America on Saturday — D.C., Boston, New York, Houston and Huntington Beach in Southern California — runners wearing bright red t-shirts with the words "Fasting 5K" raced to the finish line at sunset. Tired and thirsty, they were still full of energy.

"The best part about it is just running with everyone," says Nasif Ahmed, 23, a recent graduate of the University of Maryland. "You know you've got some partners along with you, and towards the end it's just really gratifying."

But unlike most races, there was no carbo-loading or chugging water before this 5K: All of the runners were fasting for Ramadan. During this holy month, observant Muslims refrain from eating or drinking from sunrise to sunset.

It might sound crazy to run while fasting, but one of the race co-founders, Viqar Hussain, says that's kind of the point.

"We were hoping that everyone's first response is, 'You're crazy,' and that statement of 'you're crazy' would motivate them to pull out their wallet and donate," Hussain says. "To be able to fast those long days is an accomplishment in itself. To be able to do that and run a 5K, it just shows a huge commitment."

The idea for the race came to a group of young Muslims in Boston last year while on a midnight bike ride through the city. Hussain, along with five friends, played flag football every Sunday. Ramadan made it hard for them to get together in the middle of the day — in the heat — to play.

So instead they would ride their bikes around at night after they had broken their fast. One of those nights, they came up with the 5K idea.

"This was a way for us to have an impact, and to let everyone know that there are a ton of Boston Muslims that are passionate about running and passionate about raising awareness about Islam, and what fasting and Muslims and Ramadan is all about," Hussain says.

Thanks to social media, word traveled fast, and within two weeks they had organized the first Fasting 5K in Boston, with 34 runners raising $15,000 for a local charity. Now, just one year later, the Fasting 5K has spread to other cities, with more than 130 runners participating and $25,000 in donations.

All of the proceeds go towards youth development and education programs, both local and global. The project is run by youth and raises funds for youth, which could bridge an important cultural gap for young Muslim Americans.

"It's a mix and a clash between all the different cultures that the first and second generation youth have," says Hussain. "Youth are the ones that best understand that. For anyone who has gone through it, especially in high school and college, being able to turn around and garner support for the current youth that are going through it, that's huge. It's a simple race that we're doing, but I think it's symbolic of what the cultures bring together."

This sense of community was apparent after the race, as the sun began to set. Runners were given goodie bags with dates, water and nutrition bars.

They all prayed together and sat down to share iftar, or breaking of the fast. Chatter and laughter resonated against the backdrop of the National Mall, and runners shared a sense of gratitude for the meal in front of them and the hunger they no longer felt.

Hussain says he and other organizers would like to expand the Fasting 5K even further and make it an annual tradition.