Accessibility links
After Completing A 12-Year Sentence, A Texas Man Is Cleared By DNA : Code Switch Michael Phillips became the first man in the U.S. to be exonerated without requesting a review. DNA evidence from his conviction was tested by the Dallas County district attorney's integrity unit.

There aren't many cheery occasions in criminal courts.

But on Friday morning, Judge Gracie Lewis' courtroom in Dallas, Tex., was packed with reporters, well-wishers and other exonerated men. And joy filled the room.

Craig Watkins, the district attorney of Dallas County, walked over to where Michael Phillips sat in his wheelchair and apologized for the state of Texas.

Phillips was exonerated for a rape he pled guilty to more than two decades ago, becoming the 34th person whose name has been cleared in the county since 2001. But he's also thought to be the first exoneree who didn't push for his own exoneration. 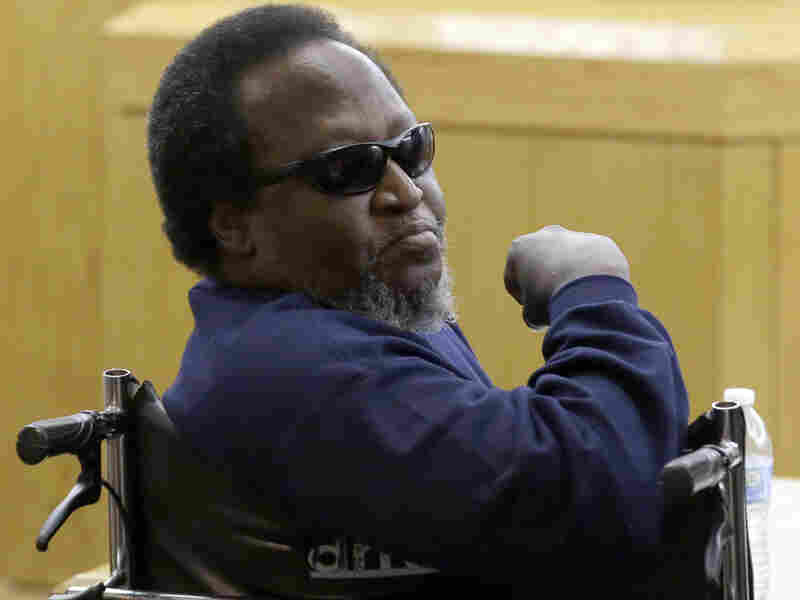 Prosecutors said a project to review untested rape kits proved the innocence of Michael Phillips, who says he pleaded guilty to a 1990 rape because his attorney advised him to avoid trial. AP hide caption 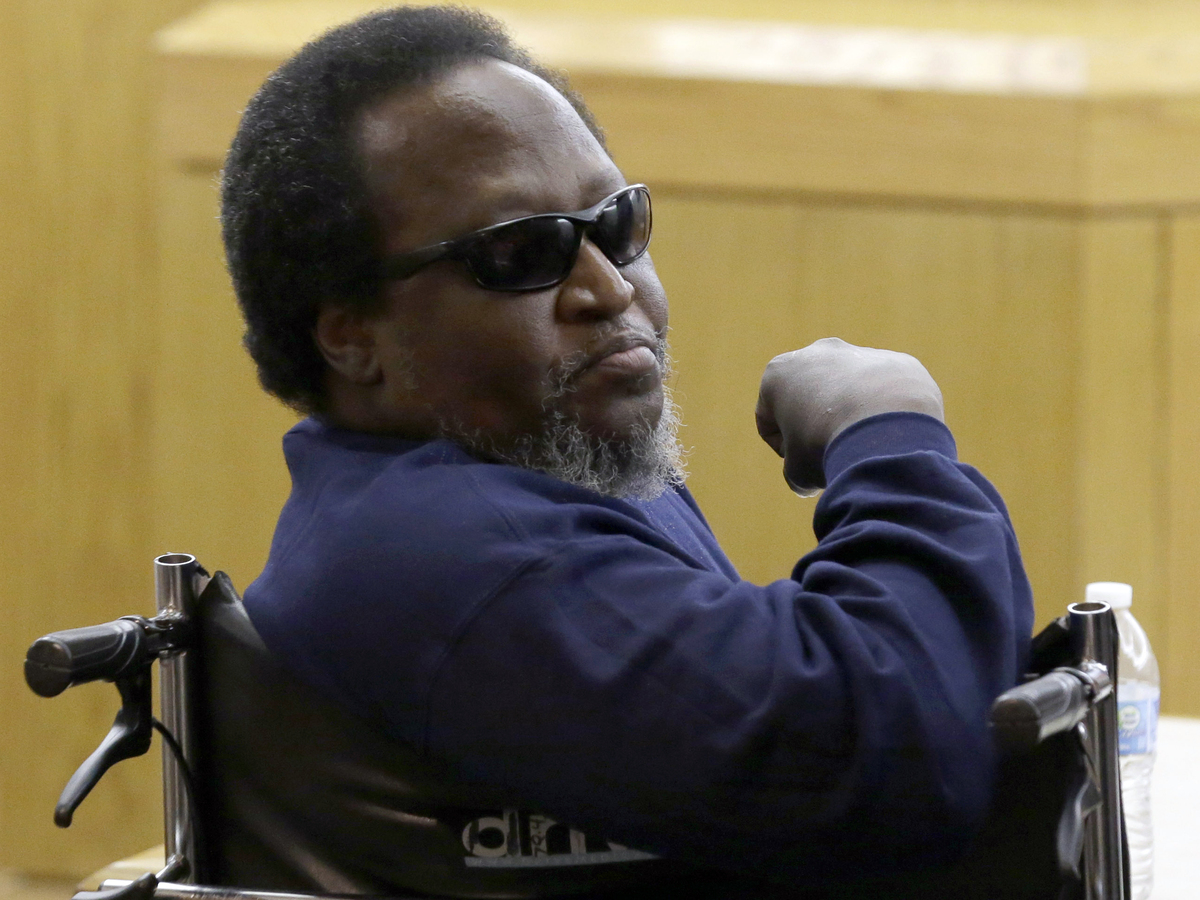 Prosecutors said a project to review untested rape kits proved the innocence of Michael Phillips, who says he pleaded guilty to a 1990 rape because his attorney advised him to avoid trial.

"This is a great day for Mr. Phillips, but this is a terrible day for our Justice System," Watkins, the DA, said. "We took 12 years of this man's life and he's got sickle cell [anemia]."

On September 28, 1990, a 16-year-old white girl was raped in a Dallas motel by a black man wearing a ski mask. During the assault the victim was able to raise the ski mask just a little. She believed she recognized Phillips, who also lived at the motel and picked his picture out of a photo outlet. But she was mistaken — Phillips was not the attacker.

Nevertheless, on the advice of his attorney, Phillips pleaded guilty and agreed to serve 12 years.

Phillips, who is now 57, served the entire term.

Samuel Gross, a University of Michigan Law professor is the person most directly responsible for Phillips' exoneration. It was Gross who suggested to the Dallas DA that instead of waiting for the wrongly convicted to ask for their DNA evidence to be tested, the DA's office should proactively test likely cases. Gross also volunteered to work on the project for free with the DA's Conviction Integrity Unit, and Watkins agreed to proceed.

"I wasn't surprised that it happened because I thought it was likely we'd run across one or two cases like this," Gross said. "There was nothing about Mr. Phillips' case before the results came in that showed that another person had committed the rape. In the other cases DNA testing was done, it proved defendants were in fact guilty. In his case it proved that he was innocent."

Watkins, the district attorney, is the first black DA in Texas history. Before being elected in 2006, he'd spent 12 years as a Dallas defense lawyer. Since taking over as the county's chief prosecutor, Watkins has made overturning wrongful convictions a chief priority for his office.

" I think at time, the culture of the office was 'We have to protect convictions.' And so it was less about the truth and more about protecting convictions."

For most Americans, a defendant who pleads guilty is evidence enough that that defendant is guilty. But Watkins says that's hogwash: 6 out of the 34 Dallas defendants who were proved innocent by DNA evidence pleaded guilty anyway, and that he thinks Phillips made a wise choice back in 1990.

" I think at time, the culture of the office was, 'We have to protect convictions,'" Watkins said. "And so it was less about the truth and more about protecting convictions."

He went on. "You know at the time — back in the 90's probably — whenever you have a woman that's testifying as a victim, that's going to be difficult for you," he said. "But when you have an African-American defendant and there's a white woman testifying against that African-American male defendant, it's doubly more difficult to get folks to believe you did not commit the crime."

So who did commit the crime? Another man who lived at the motel, Lee Marvin Banks. Although Banks denies it, he has no explanation for how his semen got inside the victim. The statute of limitations for the crime has run out.

Michael Phillips is so ill with sickle cell anemia that his condition is day-to-day. As he was wheeled out of the courtroom on Friday, he said he knew who was responsible for his sudden turn of fate — and it wasn't the law professor from the University of Michigan or the DA from Dallas.

"It's the Father!" he exclaimed. "Pick up his book, it's called the Bible. That's all I got to say."