Breaking Out The Broken English

Breaking Out The Broken English 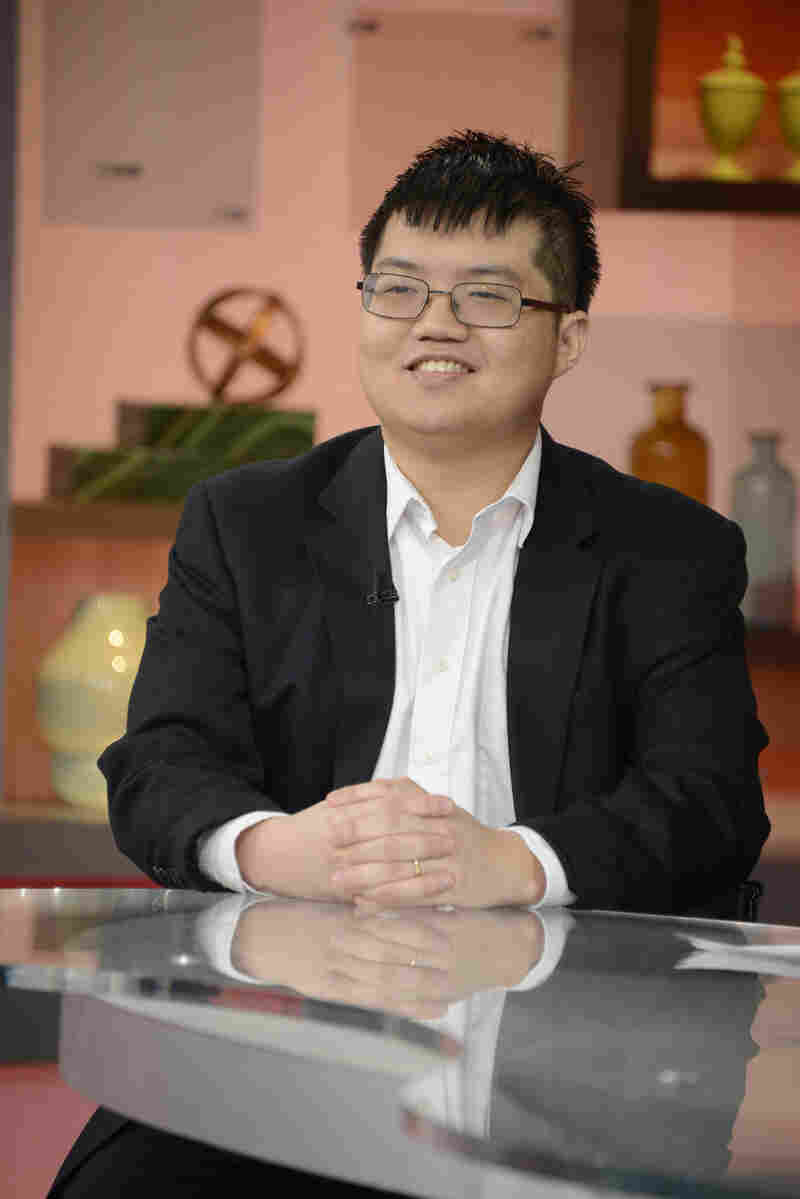 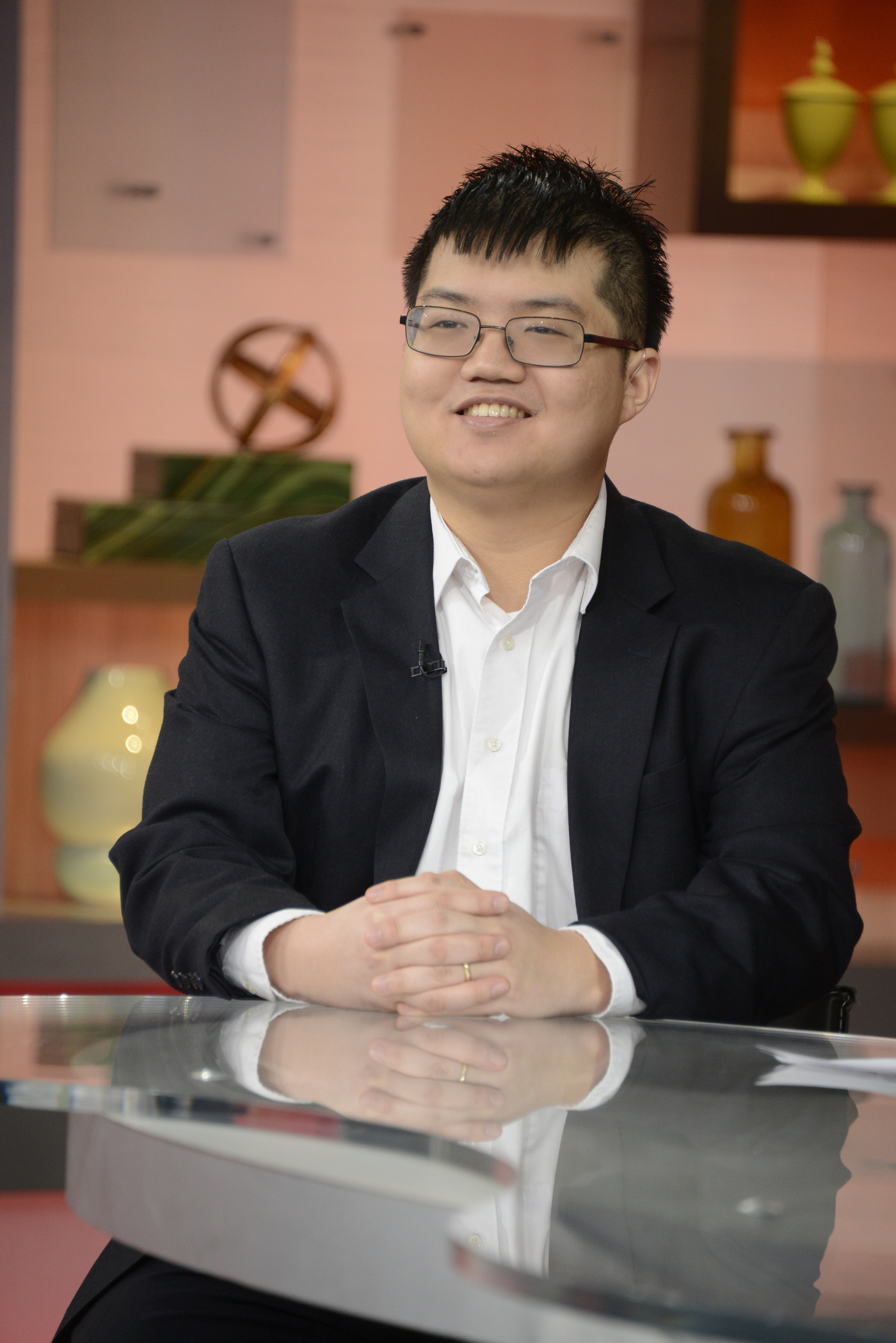 "The 'Asian accent' tells the story of Chinese-American assimilation in a nutshell," Arthur Chu writes.

A little part of me cringes every time I do it, but at this point it's second nature.

It's hard to describe in words, but it involves a lot of leveling, a lot of smoothing. The tongue stays closer to the center of the mouth rather than doing the pronounced, defined highs and lows that shape the L and R sounds. The vocal cords vibrate in smooth, singing tones rather than doing the little hop up and down that makes for a normal American English syllable.

And after a few practice sentences, it slips effortlessly from my mouth. "Herro, and wercome to Beijing. Zhis is yoah guide to an ancient culchah ..."

Lo and behold, I'm speaking English in a "Chinese accent."

I shouldn't complain — no actor can really get upset about a source of steady work. As I've pointed out, when Asian characters don't have accents it just means that white voice artists end up playing them. In all the kerfuffle about the "whitewashing" of M. Night Shyamalan's live-action version of The Last Airbender, people totally ignored that the voice cast of the cartoon it was based on was also almost all white people playing Asian characters.

Nor is there ever anything blatantly offensive in the content that makes me not want to take the role. I get uncomfortable with a narration having a "Chinese accent" just to give "color," so to speak, to a video set in China, but it's no different in spirit than having a Southern-accented narrator for a video set in Texas.

Most of my discomfort, I have to admit, is personal.

Because here's the thing. Nearly every Chinese immigrant I've met does, in fact, "talk like that," because it's almost impossible not to have a thick accent when your first language is as fundamentally phonetically different from English as Mandarin or Cantonese is.

But it's equally true that every single Chinese-American kid born here I've met emphatically does not "talk like that." In fact, there isn't a Chinese-American accent the way there's a distinct cadence to how black Americans or Latino Americans talk. Most Chinese-Americans have a pitch-perfect "invisible" accent for wherever they live.

If anything, the thing that made me weird as a kid was that my English was too perfect. My grammar was too meticulously correct, my words too carefully enunciated — I was the kid who sounded like 'Professor Robot.'

If anything, the thing that made me weird as a kid was that my English was too perfect. My grammar was too meticulously correct, my words too carefully enunciated — I was the kid who sounded like "Professor Robot." In order to avoid being a social pariah in high school I had to learn to use a carefully calibrated proportion of slurred syllables and street slang in my speech — just enough to sound "normal," not enough to sound like I was "trying too hard." I would actually sit at home, talking to myself, practicing sounding like a normal teenager.

I don't think I'm alone in this, though of my Chinese-American colleagues I'm one of the few who's taken the quest to develop a perfectly "neutral" voice so far that I now market said voice to produce corporate videos and voice-mail greetings.

The "Asian accent" tells the story of Chinese-American assimilation in a nutshell. Our parents have the accent that white Americans perceive as the most foreign out of all the possible alternatives, so our choice is to have no accent at all. The accent of our parents is the accent of the grimy streets of Chinatown with its mahjong parlors and fried food stalls and counterfeit jewelry, so we work to wipe away all traces of that world from our speech so we can settle comfortably into our roles as respectable middle-class doctors, lawyers, engineers, hundreds of miles from Chinatown.

The 'Asian accent' tells the story of Chinese-American assimilation in a nutshell. Our parents have the accent that white Americans perceive as the most foreign out of all the possible alternatives, so our choice is to have no accent at all.

And make no mistake about it — to sound like a "normal" American is to wield privilege.

I remember translating for my parents at customer service desks or in restaurants, where despite my youth my ability to carefully round my R's and use perfectly grammatical sentences made my complaints more credible. Taking my mother's scattered notes in "broken English" and crafting perfectly respectable job applications and cover letters out of them, all the while in the back of my mind wondering, "What are they going to think when she actually shows up for work and I can't translate for her?"

Most vividly I remember being on vacation at the Waterton-Glacier International Peace Park that straddles the U.S.-Canadian border, bemusedly translating between my dad and a park ranger, both of whom were speaking English. One of them would say something. The other would blink in confusion. Only when I repeated it did they understand. And suddenly I realized my dad's Chinese accent and the ranger's Canadian accent were too far apart from each other to be mutually intelligible.

How strange, to be so important, to wield so much power, just because your version of the English language is the "right" one. How strange to be in a profession where people will pay you money to read words they wrote because their own, real, personal accent and dialect is "wrong."

And how terrifying it is to have that awesome feeling of privilege and safety in speaking the "right" language be attacked. When I was a contestant on Jeopardy! one of my quirks was that, having studied using books and flashcards, a lot of my pronunciations of words were unusual.

An enterprising YouTuber put together a supercut of all my pronunciation flubs — like saying "obstretrics" for "obstetrics" in the heat of the moment — and capped it with a clip from Pulp Fiction, Samuel L. Jackson screaming, "ENGLISH, MOTHER******! DO YOU SPEAK IT?!"

Of all the people making fun of me online for my weight, my appearance, my dour expression or my general unlikeability, the attacks on my ability to speak English cut deepest. More than all the other YouTube videos made of me, that one made me want to jump in the comments yelling, "Yeah, well, my wife until last year said 'rheTORic' instead of 'RHEtoric,' but you wouldn't question her fluency in the English language over that because she's white, and she was born here, and that's racist!"

Luckily I restrained myself. But this weird fear of somehow losing my American-ness still haunts me.

So those embarrassing "Chinese accent" voice-over jobs? I don't think it's just the money; I think I go after them as a weird form of self-therapy, facing what you fear in order to master it.

I spent my entire childhood learning how to pass for "normal" in the way I spoke, to grasp for the privilege that came with assimilation. But as any linguist will tell you, the idea of "perfect" speech is an illusion. No one actually has a "perfect" accent; the definition of "proper" English is arbitrary and fluctuates wildly over time.

Indeed, the single biggest barrier I have to getting voice-over jobs now is that my voice is too perfect, that the most common note you see from producers on spec sheets is, "Not too announcer-y, must sound like a real person." The "proper" English that was on TV when I was a kid isn't "proper" anymore; the definition of proper English keeps updating itself, keeps readjusting to match what people think of as "real."

Well, the English I grew up with as "real" isn't the English I painstakingly forced on myself from listening to TV and my peers at school. It's the English of my parents, complete with underpronounced L's and R's, dropped "and"s and "the"s, sing-songy and "broken" and embarrassing.

That accent is real, but my use of it can never be, not after so many years of renouncing it and avoiding it and exterminating any trace of it from my day-to-day speech. After a lifetime of rehearsals and training, the "announcer voice" is my voice, and the only reliable way to sound "less announcer-y" is to put on an accent that isn't mine, be it Brooklyn, Biloxi or Beijing.

What a paradox. When I sound real, I'm fake, and when I sound fake, I'm real. I can only wonder how many of my fellow hyphenated Americans can say the same.

Arthur Chu is a bicoastal Chinese-American nerd who's currently settled down in Cleveland, Ohio. An actor, comedian and sometime culture blogger, he somehow captured national attention for becoming an 11-time Jeopardy! champion in March 2014 and is now shamelessly extending his presence in the national spotlight by all available means. He lives with his wife and an indeterminate but alarmingly ever-growing number of cats. Follow him on Twitter at @arthur_affect.

An earlier version of this story gave the wrong name for the Waterton-Glacier International Peace Park.