Accessibility links
James Shigeta 'Led The Way' For Asian-American Lovers On Screen : Code Switch The actor broke barriers as one of Hollywood's first Asian-American romantic leads. Born in Hawaii, he died this week at the age of 85. 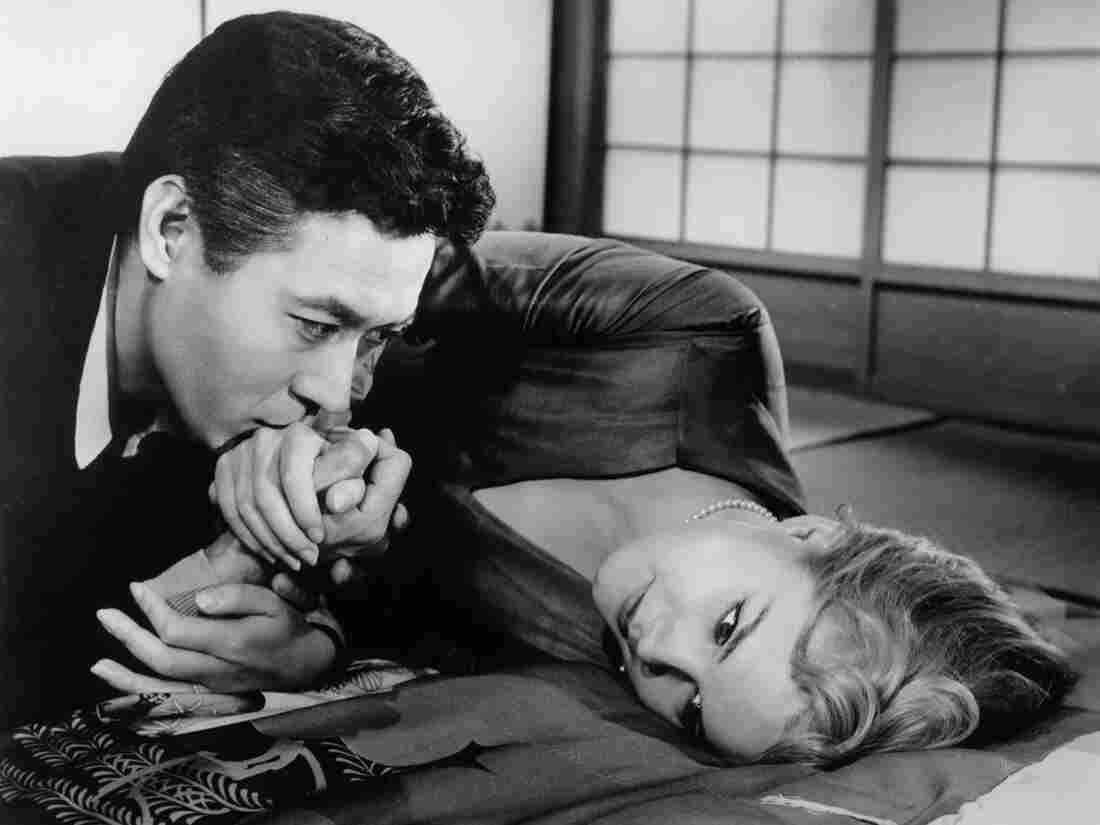 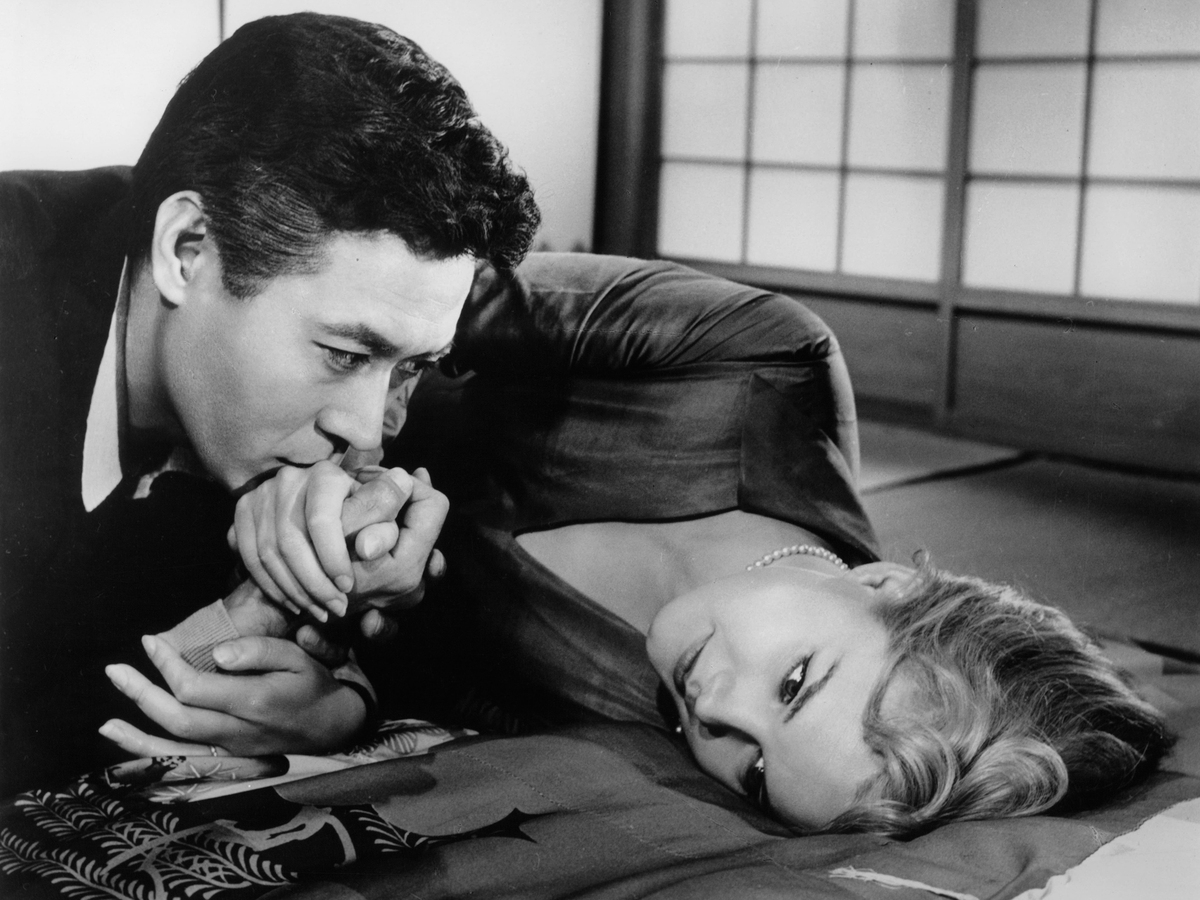 Hidenari Terasaki (James Shigeta) kisses the hand of his wife, Gwen (Carroll Baker), in the 1961 film Bridge to the Sun.

Actor James Shigeta had the looks, the talent — and the voice.

"It's melodious. It's deep. There is something quite sensuous about it," says L.S. Kim, a film professor at the University of California, Santa Cruz.

Kim adds that Shigeta — who died from pulmonary failure on Monday in Beverly Hills at age 85, according to his agent Jeffrey Leavitt — embodied an unusual sight on the big screen: a self-assured Asian-American man.

"In many portrayals of Asian-American men in particular, there is no sense of confidence. And with James Shigeta, his screen presence was as deep and seductive as his voice," Kim says.

A co-star of the 1961 movie musical Flower Drum Song, Shigeta broke barriers on screen as one of Hollywood's first Asian-American actors to play romantic lead characters. In Bridge to the Sun, a 1961 film based on a memoir of the same name, Shigeta played Hidenari Terasaki, a dashing Japanese diplomat from Tokyo who meets cute and later marries Gwen Harold, a young white woman from Johnson City, Tenn.

Bridge to the Sun was based on a memoir about a real-life interracial couple living in Japan during World War II.

The 'Tragedy' Of Being Asian-American

Only two years earlier, Shigeta had made his film debut in The Crimson Kimono as a Japanese-American homicide detective in Los Angeles caught in a love triangle between his white police partner and a key witness in their murder case. For a black-and-white film from 1959, there was a bit of a surprise ending for Shigeta's character.

"Oh, he wound up with the girl!" Shigeta explained with a hearty laugh in the 2006 documentary The Slanted Screen: Asian Men in Film and Television.

The plotline became a selling point for The Crimson Kimono. Movie posters showed Shigeta's character kissing a white woman. "Yes, this is a beautiful American girl in the arms of a Japanese boy!" one poster declared. "What was his strange appeal for American girls?"

In The Crimson Kimono, Shigeta plays a homicide detective investigating the murder of a burlesque dancer in Los Angeles.

Shigeta's role in that film won him a Golden Globe Award in 1960 for most promising newcomer.

"He clearly had the talent, but the roles weren't there, because unless there was a role that was written for an Asian-American, he would not be considered. And that's the tragedy here," explains Jeff Adachi, San Francisco's elected public defender who interviewed Shigeta for The Slanted Screen.

A Pioneer Who 'Led The Way'

In the documentary, which Adachi wrote, directed and produced, Shigeta recalled an exchange he had early in his career with an MGM producer who told him, "If you were white, you'd be a hell of a big star." Shigeta, who was born in what was then the Territory of Hawaii to a family of Japanese descent, said that encounter was "the first time that [he] had some kind of a clue as to the fact that there might be some discrimination out there."

"It's a very difficult business. It's a constant struggle even if you're not Asian," says actress Nancy Kwan, who co-starred with Shigeta in Flower Drum Song. "He was a pioneer. He led the way."

Shigeta leaves behind a career on screen that lasted half a century. He had smaller, supporting parts in Die Hard and in television series like Hawaii Five-O. But in his earliest movies, he often got top billing and the girl. And for an Asian-American actor, that's a benchmark still remarkable today.