Accessibility links
Why Aren't Top Films Diverse As The Real World? They Miss Hispanics : Code Switch A study from the University of Southern California says last year's biggest films underrepresented nonwhite characters, especially Hispanics. But the reasons why may be more complex than you think. 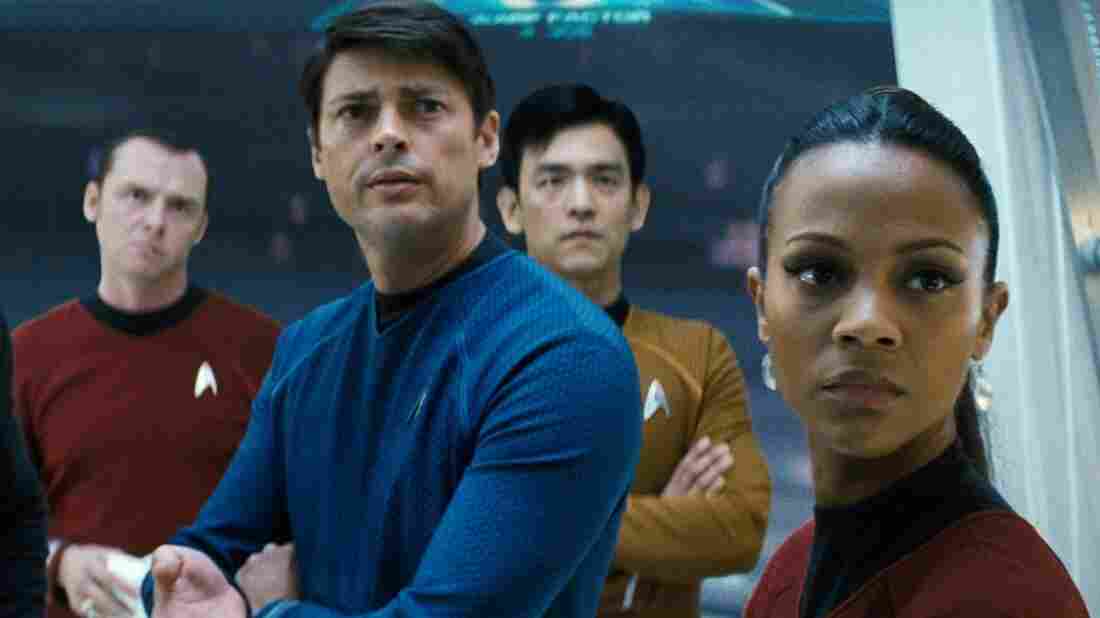 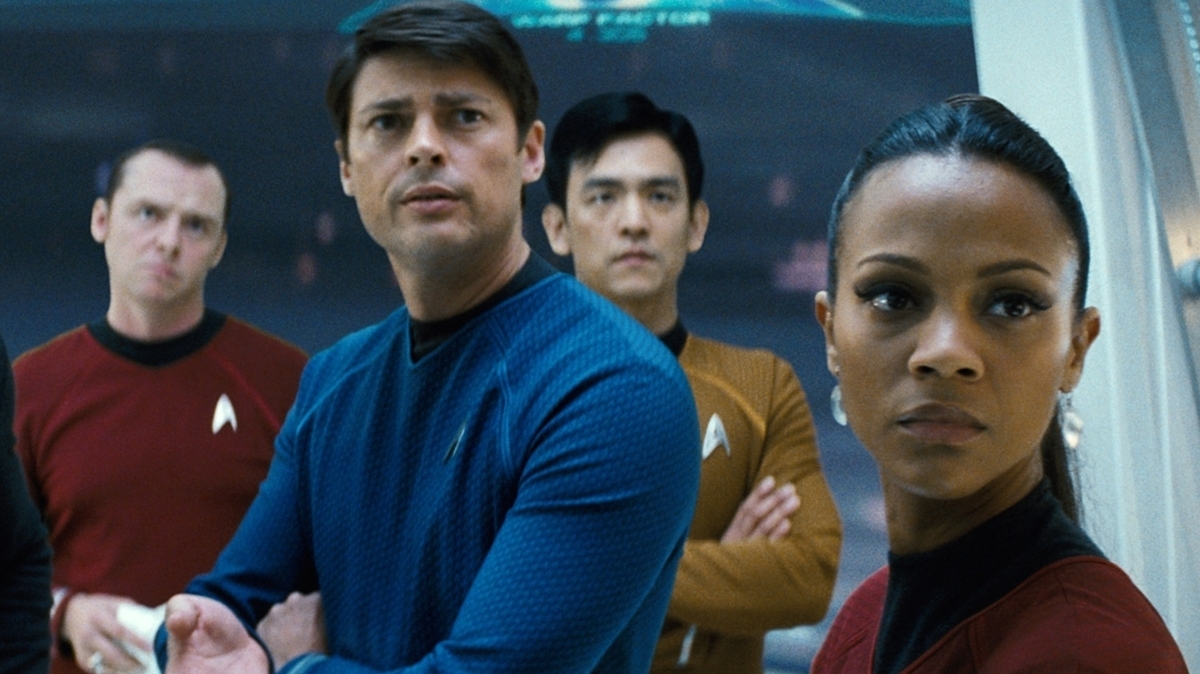 Zoe Saldana appears in the 2013 film Star Trek: Into Darkness with (from left) Simon Pegg, Karl Urban and John Cho.

Imagine you were the most loyal customer to the hottest restaurant in town. And when you walked in the door, you were given the worst seat in the house.

That's kind of how Hollywood is treating Hispanic filmgoers, if you believe the results of a new study by the University of Southern California. It shows that the 100 highest-grossing films of last year underrepresented nonwhite characters in speaking roles.

But Hispanics also buy 25 percent of all movie tickets, leveraging $1 trillion in spending power. Which means Hollywood isn't paying much of a price for ignoring a loyal constituency.

Overall, nonwhite characters filled just 25 percent of speaking roles, though nonwhite people are 37 percent of the U.S. population and buy almost half of all movie tickets.

And as much as people might hope successful minority-centered films such as 12 Years a Slave and The Butler may have shown increasing diversity in film roles, the study shows the percentages haven't changed much in seven years.

We see similar numbers in television. The Gay and Lesbian Alliance Against Defamation looked at diversity in the 2012-13 TV season, discovering that prime-time TV shows on the broadcast networks had 78 percent white characters, 12 percent black characters, 5 percent Asian characters and 4 percent Latino characters.

The study doesn't suggest many reasons why these numbers have played out this way, but I have a few theories.

First, Hollywood doesn't seem to be paying a price for its mistakes. To continue the analogy from above, if you keep going back to the restaurant after it gives you an awful seat, where's the incentive to treat you better? If nonwhite consumers keep flocking to movies that underrepresent them, filmmakers have little reason to improve.

Secondly, Hispanic filmgoers don't seem to embrace movies with high-profile Hispanic characters en masse in the same way black movie consumers do. Black-centered films like 12 Years a Slave and The Butler were championed by black people across the country as must-see viewing.

But, perhaps because there are so many different cultures and nationalities defined as Hispanic in America, such waves of support don't seem to happen as often for the few movies featuring Hispanic stars.

Also, it's not always clear to audiences when a Hispanic actor is playing a Hispanic character. Zoe Saldana is Puerto Rican and Dominican, but in last year's Star Trek movie, she played Lt. Uhura — a character who is of African descent in the TV series. Jennifer Lopez played a character called Leslie Rodgers in last year's Jason Statham movie Parker and her mother was played by Patti LuPone. Though her ethnicity was never stated, Lopez's character wasn't easily identifiable as Hispanic.

This kind of colorblind casting can have two effects on diversity. Supporting characters such as spouses, parents and siblings are less likely to also be Hispanic, and audiences that want to support Hispanic characters may be confused about which roles fit that bill.

But two of the most prominent films of last year led by Hispanic directors — Alfonso Cuaron's Gravity and Guillermo del Toro's Pacific Rim — had just one major part for a Hispanic actor between them. And that character, played by the Mexican-American actor Clifton Collins Jr., was a Chinese-American technician.

The study's numbers suggest that Hollywood continues to have difficulty featuring a world that's as diverse ethnically and culturally as real life.

But the reasons behind the lack of representation may be more complex and interconnected than anyone realizes.