Accessibility links
Pentagon Does About-Face On Hair Regulations — Black Women Approve : Code Switch Reversing itself, the Pentagon will allow women of color to once again wear their natural hair in twists, cornrows and dreadlocks. 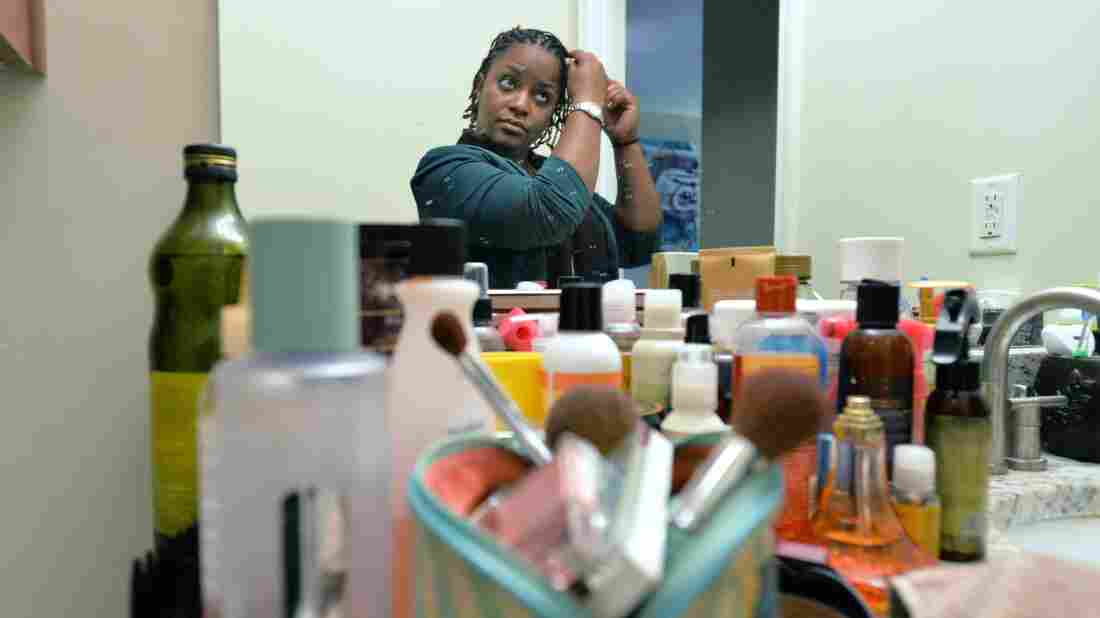 Georgia National Guard Sgt. Jasmine Jacobs uses many hair products to do her daily hair treatment at her home in Atlanta on April 2. Jacobs railed against a military policy that placed heavy restrictions on how women could wear their hair. The policy has been overturned by Defense Secretary Chuck Hagel. Hyosub Shin/MCT/Landov hide caption 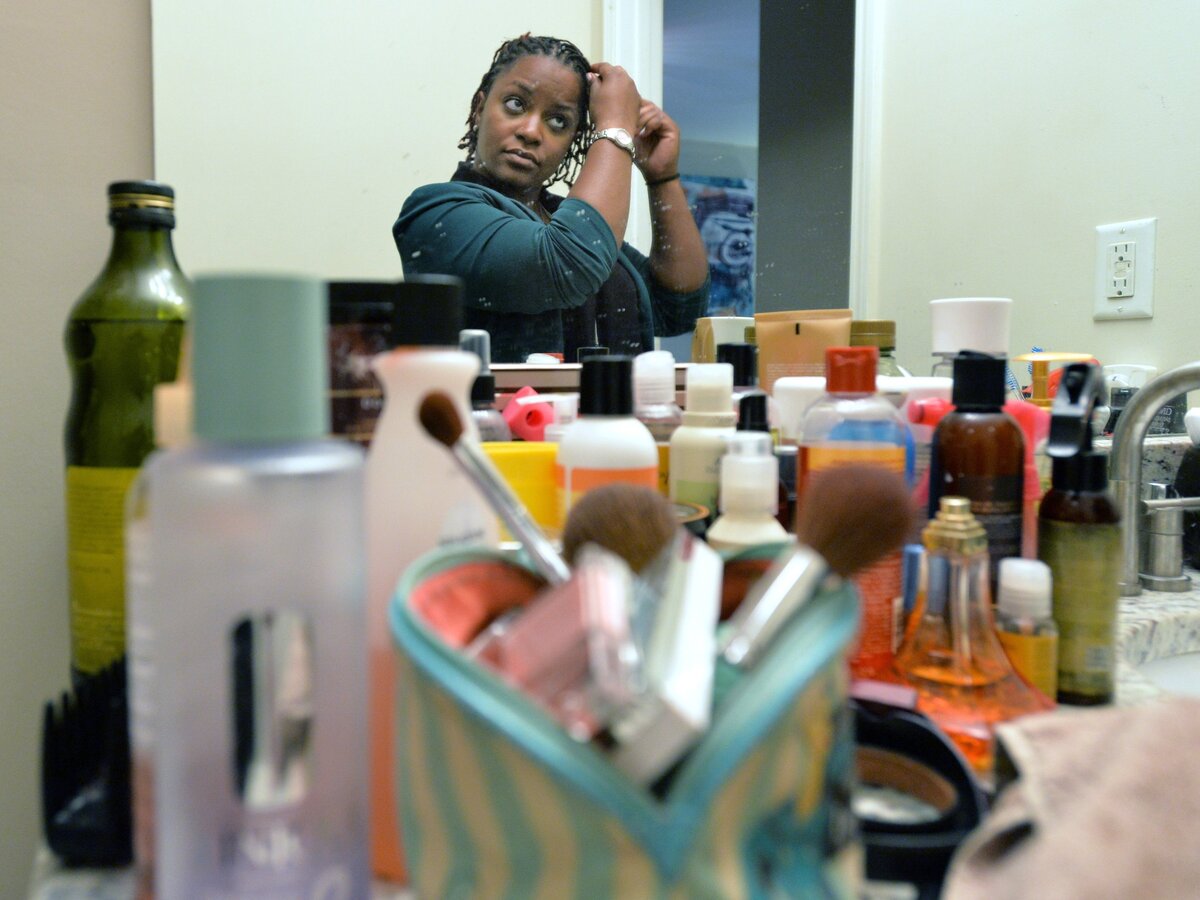 Georgia National Guard Sgt. Jasmine Jacobs uses many hair products to do her daily hair treatment at her home in Atlanta on April 2. Jacobs railed against a military policy that placed heavy restrictions on how women could wear their hair. The policy has been overturned by Defense Secretary Chuck Hagel.

When the Army issued updated grooming rules this spring, many black military women were offended and dismayed. The natural hairstyles many of them favored had been declared illegal: Cornrows were okay, but only if they were no larger in diameter than 1/4 inch (about the size of the diameter of a no. 2 pencil — thin). Dreadlocks were forbidden completely. And the twists and double ponytails many women had used to stay neat while out in the field no longer were allowed either.

Many women denounced the bans as being particularly onerous to black women — especially those women who wear their hair in its natural, unstraightened state. They said it was very hard to pull unstraightened hair — which is often thick and/or curly or kinky — into official military styles.

An additional objection came from a glimpse at a communication among service branches that described black natural hair as "matted and unkempt."

A Request From Congress

Enter Congressional Black Caucus chair Marcia Fudge (D-Ohio), who sent a letter signed by her and more than a dozen black female lawmakers to Secretary of Defense Chuck Hagel. The new rules were "biased and racially insensitive," the letter said, and the writers were respectfully requesting that Hagel review the new policy. (Separately, a White House petition received more than 10,000 signatures requesting the same thing — a reconsideration of a policy many felt was culturally obtuse.

A representative for Hagel said there would be a review and a decision within 90 days, and there has been. Today, the Army Times reported that Hagel had changed the hair policy.

On Monday, Hagel sent a letter to members of Congress. "Each service reviewed its hairstyle policies to ensure standards are fair and respectful while also meeting military requirements," the letter read. "These reviews were informed by a panel of military personnel of mixed demographics reflective of our diverse force."

A Change in Rules — And Language

The Army, Navy and Air Force have decided to allow cornrows, twists and braids larger than the aforementioned 1/4 inch. The Marine Corps will convene a panel this summer to decide if it will expand its roster of allow4ed styles.

Not only has the choice of official hairstyles been expanded to reflect the racial and ethnic diversity of the contemporary military, the terms "matted" and "unkempt" have been removed from the new grooming rules.

Rep. Fudge praised Hagel for his leadership on the issue, and noted that the natural hairstyles many women of color wear while serving "are often necessary to meet our unique needs." The new changes, Fudge said, are an affirmation "that these hairstyles do not result in or reflect less professionalism or commitment to the high standards required to serve within our Armed Forces."