The nation has been gripped by the ongoing protests following the shooting of 18-year-old Michael Brown in Ferguson, Mo. But the demonstrations sparked by his death have spread far beyond the streets in his community. Young activists from around the country tell us how the events in Ferguson moved them, and what they hope might come from this moment.

Malcolm London is a poet, activist and educator. He's the Chicago chapter co-chair of Black Youth Project 100, a national organization of young adults that says its mission is to work for economic freedom and justice for all black people. London was involved in organizing a National Moment of Silence (#NMOS14) in Chicago in response to events in Ferguson. 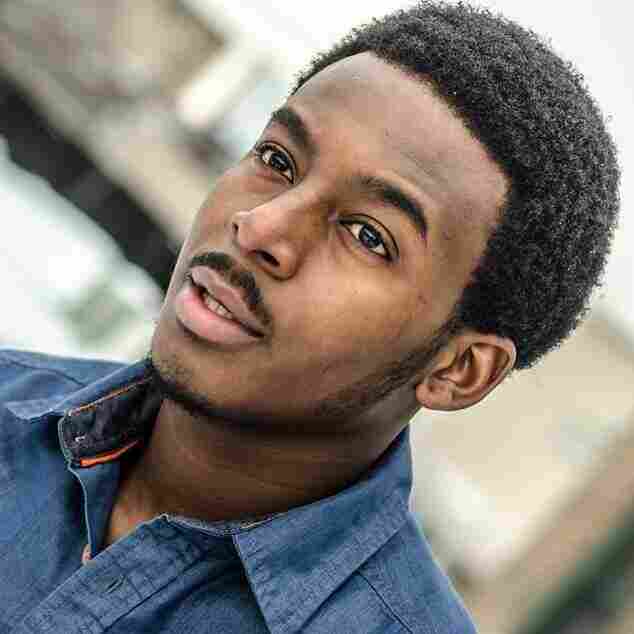 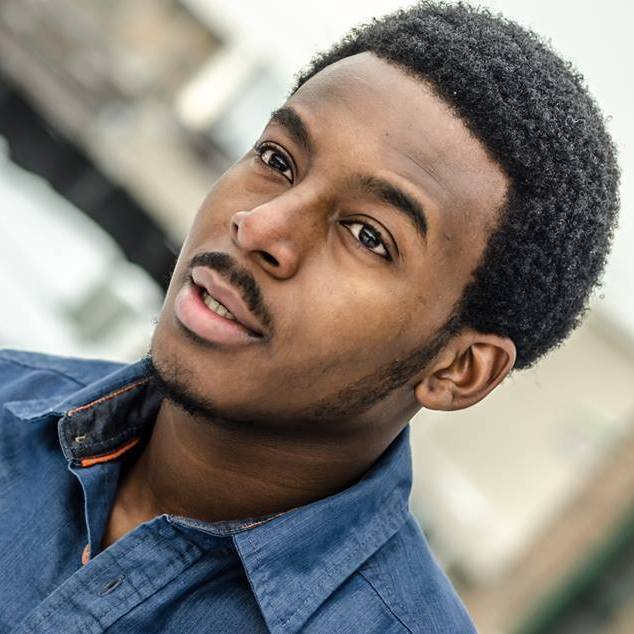 Malcolm London is a poet, activist and educator.

What were you looking to accomplish with the #NMOS14, and did you achieve what you were hoping for?

It was a moment to mourn publicly, and to let people know we are tired of the murder of black kids and the extrajudicial killing of black folks. It hurts. We had 1,000 people gather in Daley Plaza within a day. We organized a lot of folks to say that these kind of things happen all the time, but they don't need to happen.

What we are always hoping for is to redefine what justice looks like for black youth in America. I don't think we've accomplished that goal. Even if the Ferguson cop does get arrested, that's not going to stop the deaths of black kids, so that struggle goes on.

How would you assess the current state of activism and organizing among young people?

I think right now, especially, that it's very alive. You see a lot of young people who do organize and act all the time. As young people, we put our hearts and souls into this and then are burnt out after four or five years. We need to make it more sustainable. There's a myth that young people aren't involved; I don't think that's the case. But more people need to get involved, and we need more resources to keep going.

BYP 100 convened the day of the Zimmerman verdict. That's how we got our name. We started off as 100 black activists. That night we were all in a room holding hands when the verdict dropped, and America reminded us that black lives were not valued. We hoped we wouldn't be here again. And yet here we are this summer, and the deaths of young black men are making headlines again. So, of course, my hope is not to hear of black kids lying in the street for four hours, and that should be the hope of all Americans.

Asha Rosa is a rising third-year student at Columbia University in New York where she is a member of Students Against Mass Incarceration and organizes with the Columbia Prison Divest campaign. She is also a member of BYP 100. 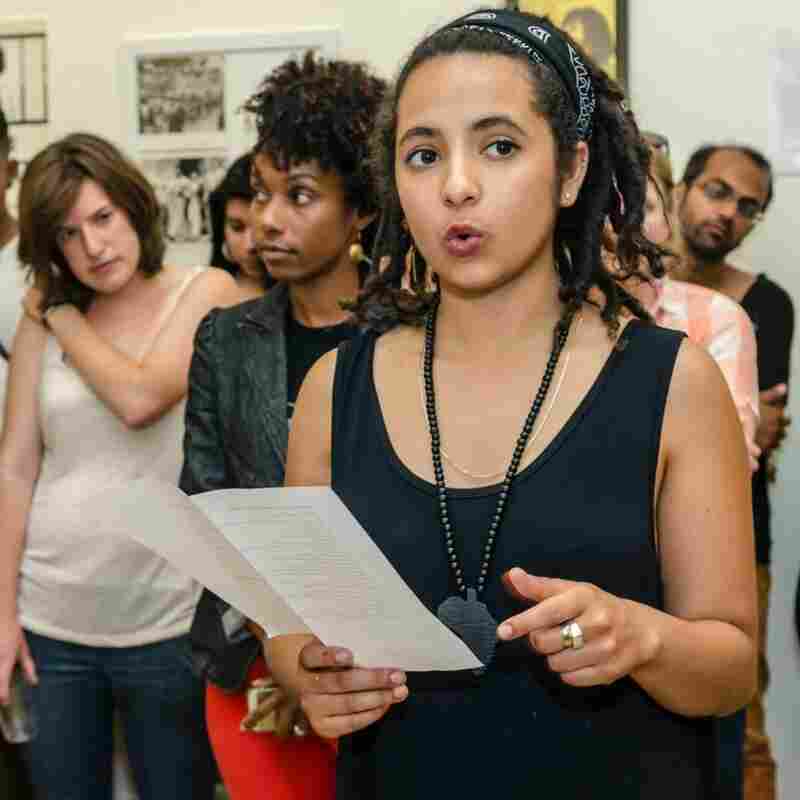 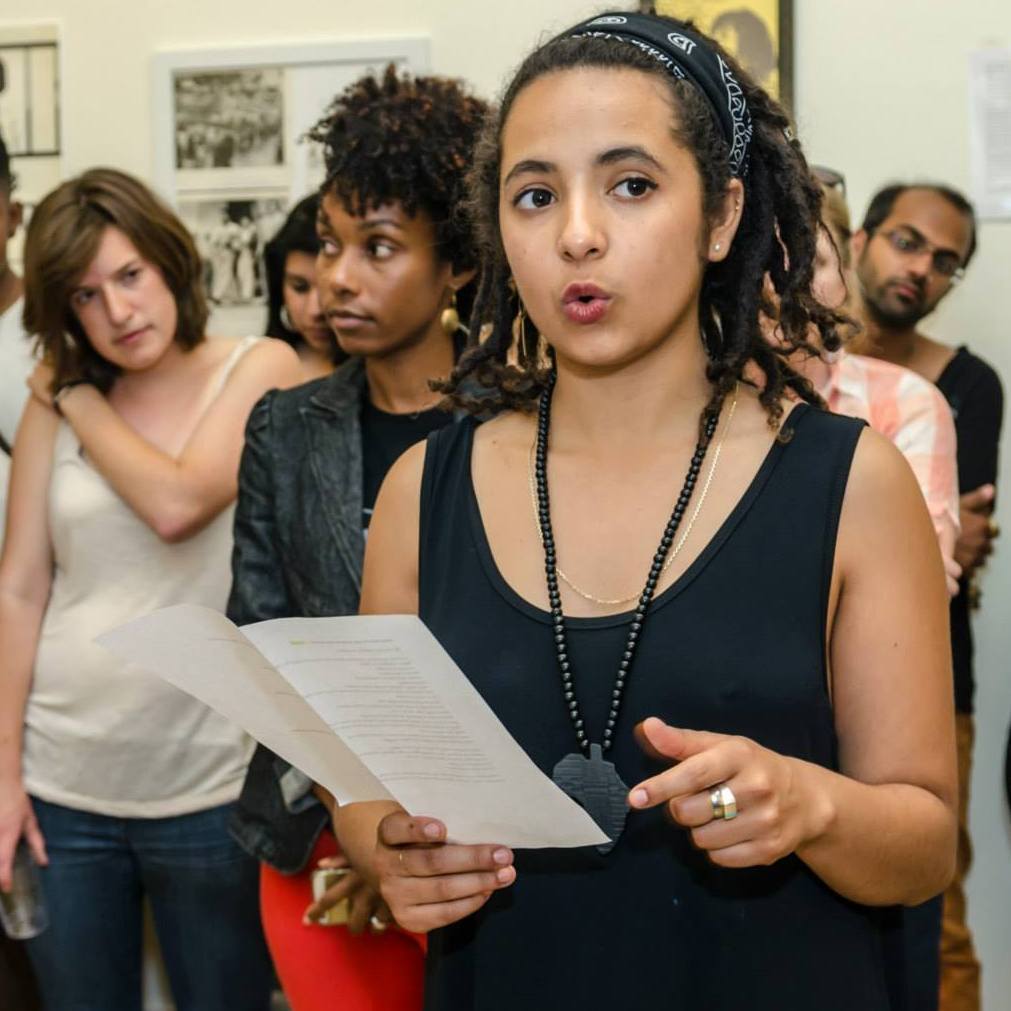 Asha Rosa is an organizer and student.

How have you focused your activism?

While the unjust murder of Michael Brown is a tragedy that has sparked a lot of conversation and media attention, this work has been going on a lot longer than the past couple weeks. As a member of the Black Youth Project 100, I have been doing local organizing in Chicago around racial profiling as a part of our national campaign to end the criminalization of black youth. It's important to realize that the people in Ferguson are angry because what happened to Michael Brown is not rare. None of this anger, none of the issues that have been brought up really started with Ferguson. For black people in America, this is every day, and we've been fighting this fight for a while.

What actions have you taken part in?

I helped organize the National Moment of Silence (#NMOS14) rally in Chicago, which was a part of a nationwide solidarity demonstration to remember victims of police violence. And it looks like I'm headed to Ferguson myself soon, mostly to deliver gas masks and water to folks on the ground.

Where do you see things in six months or a year from now?

I hope that a moment like this makes people start realizing that the current system of policing needs to change. We need less policing and a rethinking of what contributes to community safety. Is that the police? Or is it a community center and well-funded schools? I hope to see structures that establish greater police accountability like civilian-elected police accountability councils and cameras that film the police.

Beyond accountability, I hope to see a shift in narratives about violence. At the present moment, the dominant narrative points to black people as being the main sources of violence in black communities. But what our society needs to begin to recognize is that racialized targeting by the police, underfunding and closing schools, lack of access to social programs and so on are all forms of social, political and economic violence on black communities. This is the real violence.

Naisha Soto, 16, is an 11th-grader at Community Academy of Philadelphia. She is a member of the Citywide Chapter and a youth leader and organizer at Youth United for Change (YUC), where she says her mission is to fight for real education reform. 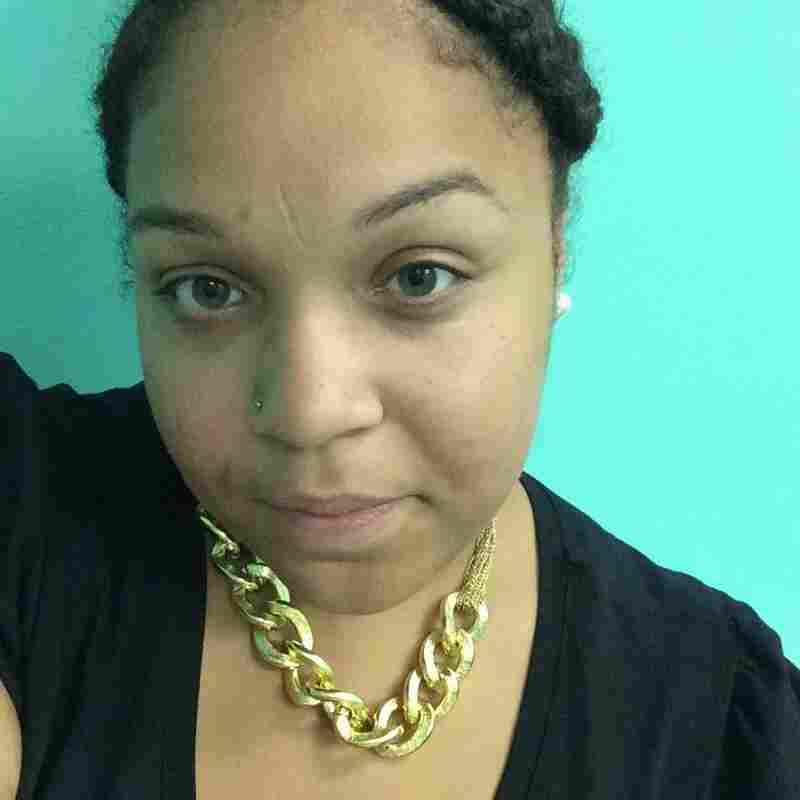 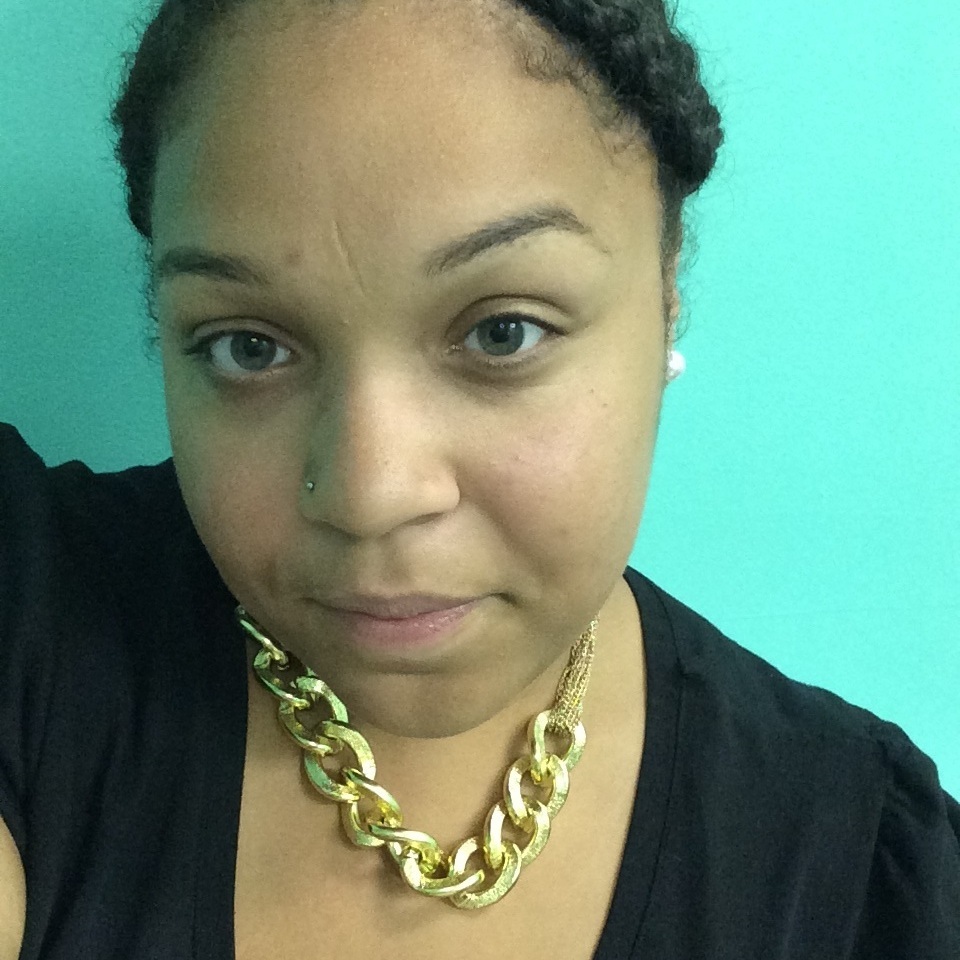 Naisha Soto is a youth leader and organizer.

What actions have you taken part in?

On Aug. 14, I attended the National Moment of Silence for Michael Brown in Philly's Love Park. We stood there in silence — some of us with our fists in the air. I felt sad, but in some ways it was a good feeling to see everyone come together, to know that we are not alone, to show the family that they are not alone. They even called out other names of people killed by police. The list was too long.

What do you see as the role of young organizers when events like the ones in Ferguson happen and receive widespread media attention?

There's a lot of power in the streets. We are frustrated and angry at the fact that one of our young people was killed. I understand the riots. Angry people react by doing whatever they can to take the hurt away. How can we respect the law if the law is attacking us like that? Still, our people are the ones at risk. As organizers we need to bring people together and lead them to attack back in a strategic way. We have to look for the roots of the problem. One of them is that cops have too much power, and the relationships between cops and communities are not where they should be. Young people in my community don't like cops. We need cops to respect youth and stop treating us like criminals. They should come have a real conversation with us.

Tiffany S. Flowers is 36 and lives in Washington, D.C. She's the director of organizing for the United Food and Commercial Workers Union (UFCW Local 400). She comes from a family very active in the civil rights movement. Her grandfather John H. Wrighten III was represented by Thurgood Marshall in a lawsuit against the University of South Carolina law school in 1946, which led to the creation of a law school for black students. 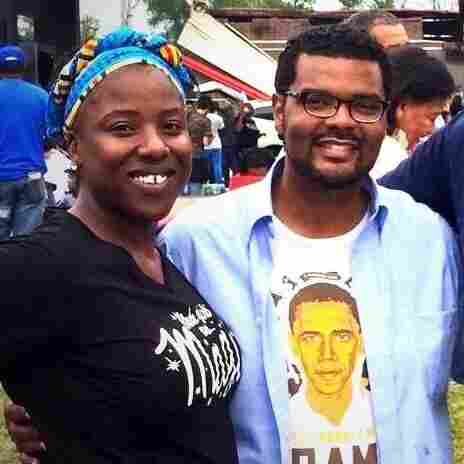 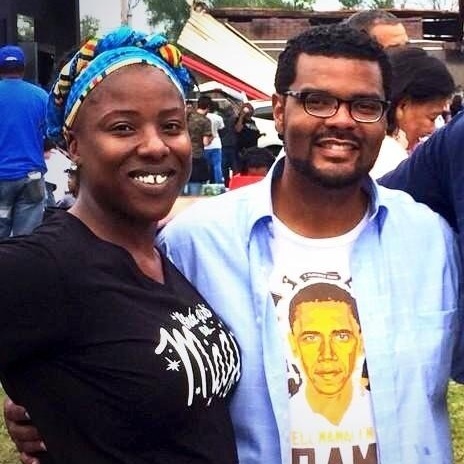 Tiffany Flowers and Alderman Antonio French in front of QuikTrip in Ferguson, Mo.

How did you get involved in events after Ferguson?

It all started with watching the news, and following events on Twitter and Vine. People started retweeting Alderman Antonio French in my feed, and showing what was happening on the ground. It was crazy. I felt the need to do something after Trayvon Martin and Renisha McBride. My soul is weary, and I just wanted to help.

So what did you do?

I felt I had to go to Ferguson. My girlfriend and I started a GoFundMe campaign on Thursday and people immediately started to respond. We went to the National Moment of Silence in D.C. that night, and left for Ferguson at 4 the following morning. We raised $3,100 through GoFundMe. We used the money for gas and on-the-ground support like water, fruit, gas masks, granola bars, gloves, hydrogen peroxide, Maalox, bandages. With GoFundMe, you don't get the money right away, so we used our own. Once we're paid back, we'll either donate the rest or use it to get back there.

What were you looking to accomplish?

Did you achieve what you were hoping for?

I felt we achieved it, and want to go back. In my official role, I lead a staff of organizers. The union is for retail workers. We help people form unions in their workplace. It's old-school union organizing, and we're pretty good at it. But I want to go back to Ferguson. People were so gracious and grateful that we were standing with them. I don't think people on the ground realized at the time how much worldwide support they had. I think they're learning. And in turn, we were paid back. On Friday night when things got really hectic, a young man, Michael Townson, said he couldn't leave us on the street so invited us in and let us stay the night. He allowed me to tweet out that his house is open for anyone to stay. I think it was really rewarding to see someone who was hungry to help in any way, and be a major contributor to the movement.

So how did people in Ferguson react to you being on the ground?

People were super positive. Positive is actually an understatement. They were grateful, happy, and wanted to be of service. My partner was also there. We're an interracial couple and we felt nothing but love from Ferguson.

What do you see as the role of young organizers when events like the ones in Ferguson happen and receive widespread media attention?

I've been lucky enough to get a lot of training in nonviolent organization in my job. We talk to a lot of undocumented workers who get a lot of hassle from police, and so we train them how to deal with police. I felt my contribution is just sharing that knowledge, and teaching people what our rights are. There are thousands of ways to take nonviolent direct action, like talking to people and strategizing how to keep the movement going. And even if you can't have those conversations, you can just go and show support, make a sign, raise your voice.

How would you assess the current state of activism and organizing among young people?

I would say the state of activism and organizing could use a defibrillator to jump-start the heart. There are a great number of us who are trying to do better, who are trying to make the movement more relevant. That's why I use the word "defibrillator"; it's not that the bodies aren't here, it's just that we need the heart. I'm not making a judgment. I think the burden is on us as people who have got involved already to get more people involved.

What's your hope moving forward? Where do you see things in six months or a year from now?

I really don't feel comfortable making a prediction. My commitment to social justice has been completely reinvigorated. I know I will be taking more steps in and around my community to be a more powerful voice of change. We are who we've been waiting for; now we've just got to get all of our peers to understand that.