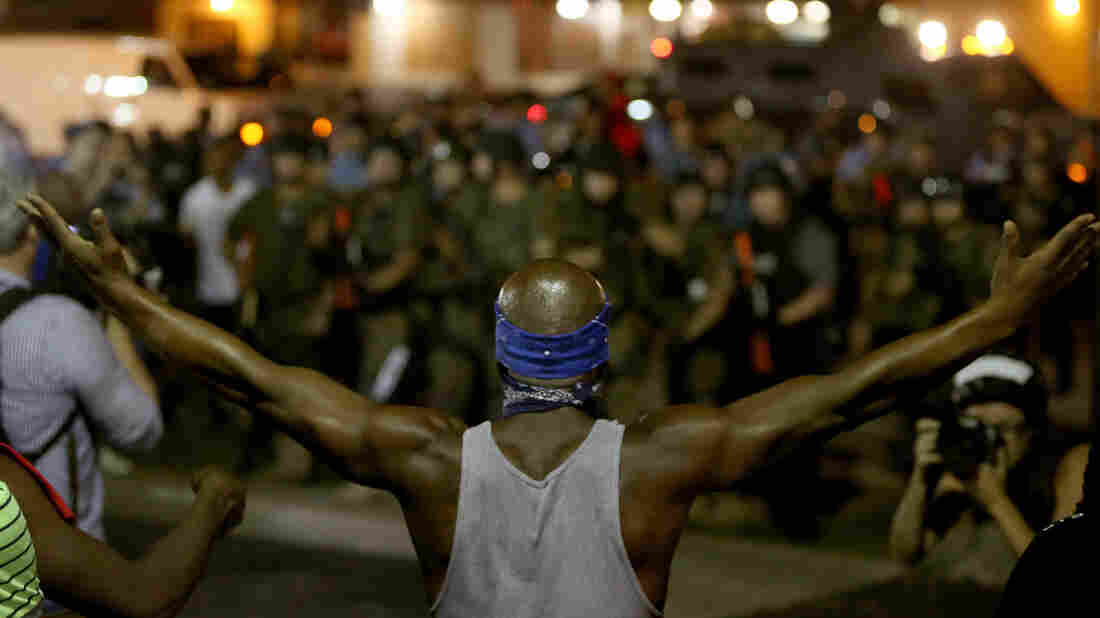 A demonstrator raises his arms before police officers move in to arrest him on Aug. 19 in Ferguson, Mo. Joe Raedle/Getty Images hide caption 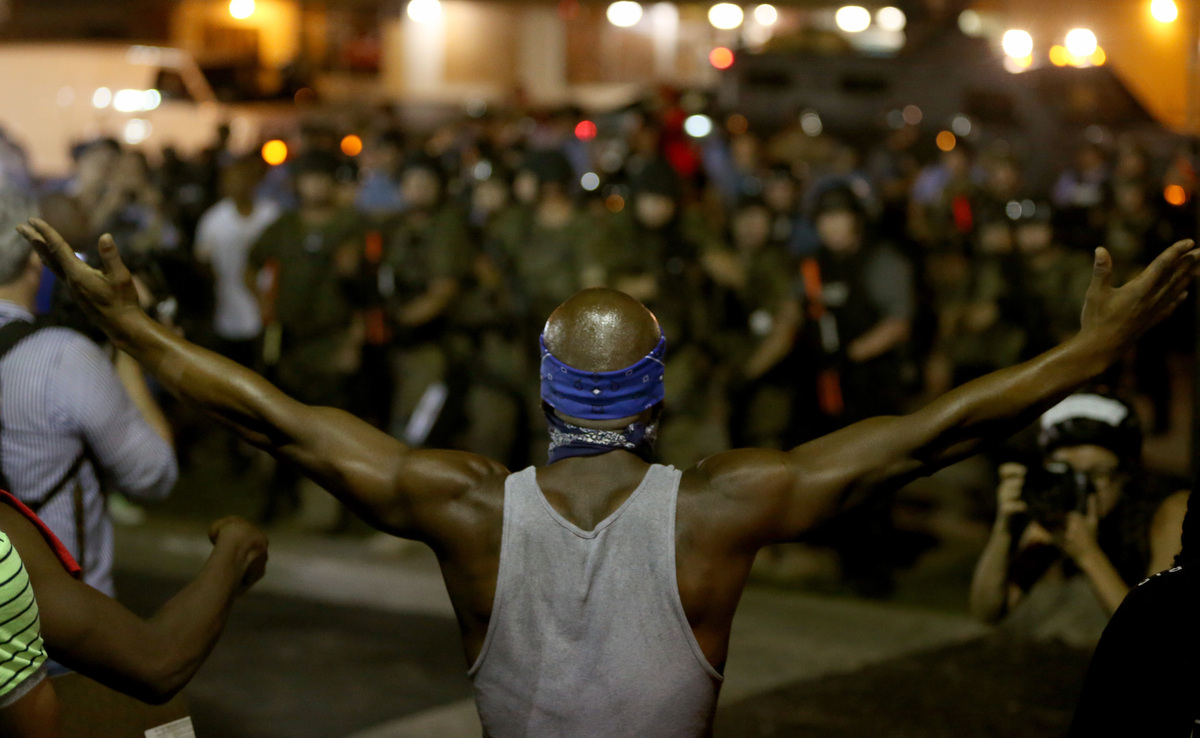 A demonstrator raises his arms before police officers move in to arrest him on Aug. 19 in Ferguson, Mo.

We are in Ferguson, Mo., at Wellspring Church to hear from the community in the aftermath of the shooting death of 18-year-old Michael Brown. Together with St. Louis Public Radio, we are also hosting a Twitter chat using #BeyondFerguson. This is an opportunity to share your reactions, ideas and frustrations, as well as talk about ways to move forward. (Scroll down to see participants.)

We've asked some of our trusted sources around the country to join us on Twitter, including:

Carletta Hurt (@CarlettaHurt), middle school counselor and founder of IN THE LOOP Program of Success

Rey Junco (@ReyJunco), associate professor of education and human computer interaction at Iowa State University and a fellow at the Berkman Center for Internet & Society

Kelsey Proud and Erica Smith of St. Louis Public Radio will tweet from @StlPublicRadio. NPR's Davar Ardalan, Frederica Boswell and John Ketchum will also tweet throughout the evening from @NPRMichel.