Accessibility links
Sexist Depictions Of Latinas Aren't Just A Hollywood Thing : Code Switch Daisy Hernandez has a love-hate relationship with Sofía Vergara's image. She says portrayals of Latinas as curvy and sexy are everywhere, especially in Spanish-language TV shows, but hard to change. 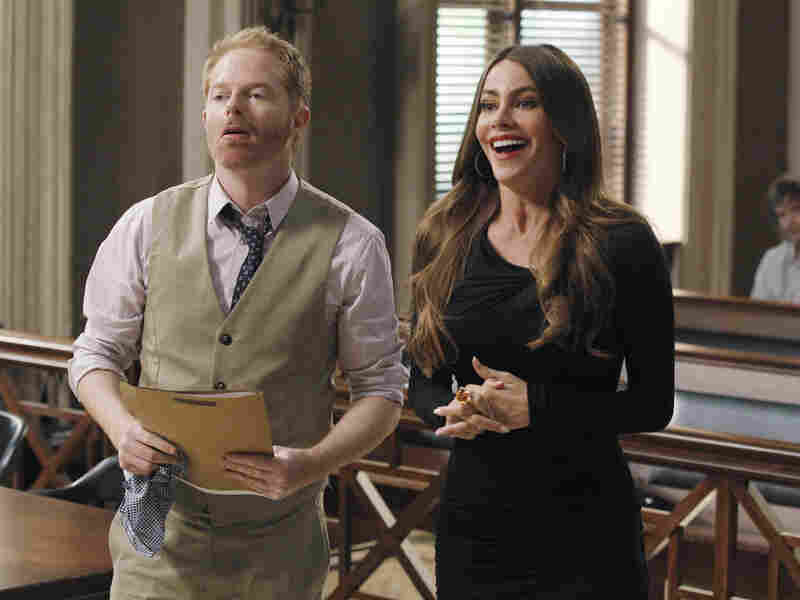 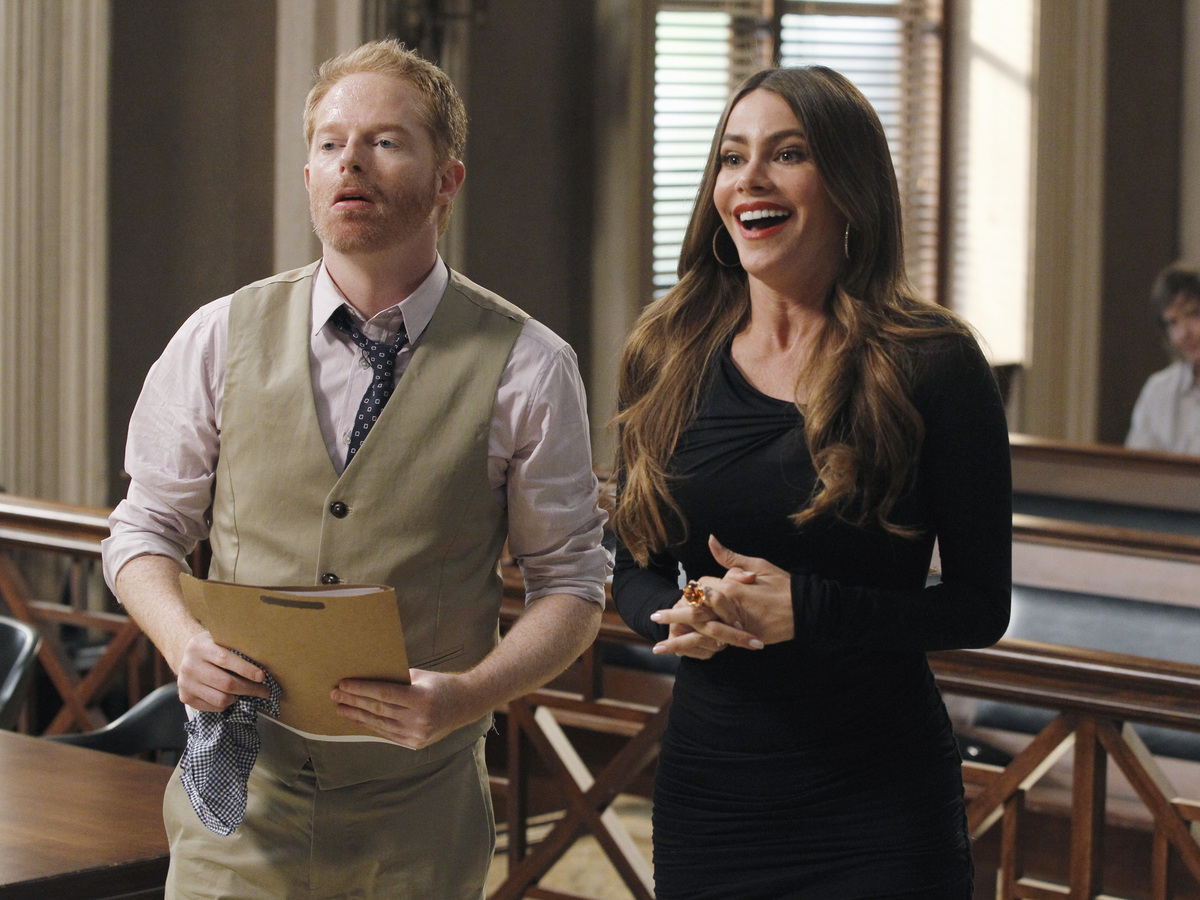 After Sofía Vergara's controversial appearance at the 2014 Emmy Awards, we wanted to see more perspectives exploring the cultural dimensions of the controversy. You can read Juan Vidal's reaction here. Here's a response from contributor Daisy Hernandez.

I have a love-hate relationship with actress Sofía Vergara's rise to fame. On the one hand: Wow, there's a Latina on a major hit TV show. (As a recent University of Southern California study found, fewer than 5 percent of actors and actresses in top films are Hispanic.) The fact that I can tune into Modern Family and hear a passing reference to my mother's home country reminds me that American culture is changing.

On the other hand, watching La Sofía (as we call her in my family) sway her rear end across the screen — or have her pompis rotated onstage at the Emmys this week — destroys any scrap of hope I harbor that Hollywood is starting to get Latinas right.

But before I got too far into thinking that the solution is getting more Latinas hired in Hollywood, I considered Spanish-language television. The sad news is that even when Latina women are in the majority on TV screens, the industry still focuses on their rear ends.

Take the Spanish-language TV show Sábado Gigante. According to Guinness World Records, it is the longest running variety show on television in any language. Every Saturday night, while half of America watches Saturday Night Live, the other half (the Latino half) is tuned in to Sábado Gigante. On the show, families balance eggs on spoons to win prizes, contestants belt ballads until they're booed off stage, and celebrities show up for interviews. But the host, Don Francisco, apparently can't sell car insurance, English lessons or anything else without a woman like Vergara standing nearby. She is all curves, double-D cups, and hips. Even the comedy skits revolve around men lusting after women whose main assets are their bikini-clad buttocks.

The same kind of machismo is true on the Miami-based El Show de Fernando Hidalgo. The show is a series of interviews with local celebs and people whose pets execute cute tricks, but las bailarinas, or dancers, kick off every episode in G-strings, swinging their hips to the classic song "Guantanamera." The show El Gordo y La Flaca literally translates into the "Fat Man and the Skinny Lady." While the female co-host doesn't flash her cleavage at the screen (is that a victory?), one episode featured her male co-host in a hot tub with women who made Vergara's curves look flat.

If Spanish-language television is any indicator, then, increasing the number of Latinas in Hollywood will not end sexism (or racism or homophobia for that matter). Across culturas, borders and languages, entertainment industries profit from selling hand-picked images of women's bodies. On English-language television, the emphasis is on the rolling R's. On Spanish-language television, it's on the smiles and bailes. In both cases, women are reduced to their cuerpos: their hips, their rear ends, their senos. I suspect it will take many Latina women — not on-screen but rather controlling cash flows and camera crews and committing to social change — to change TV land in both halves of America.

I suspect it will take many Latina women — not on-screen but rather controlling cash flows and camera crews and committing to social change — to change TV land in both halves of America.

It will also take young women like AnaYelsi Sanchez. She has been collecting stories from Latina feminists for her blog, Brown-Eyed Amazon. In one post, a journalist writes about struggling with whether or not to outfit her son in a fairy costume for Halloween. In another, a civil engineer recounts how poetry helped her reach a more nuanced understanding of race. The blog posts grew out of a Twitter conversation about Latinas and feminism, and Sanchez is planning to publish the posts as part of a new book. A social activist and Christian, Sanchez's own tag line is: "Love Jesus. Seek Justice. Wear Cute Shoes." She's the kind of Latina you wish Vergara had called for consejos, or advice, before the Emmy Awards this week.

While I continue my love-hate relationship with La Sofía's stardom, I will also admit that I am waiting for the Colombiana actress to have the Dave Chapelle moment. The way I see it, Sofía Vergara will walk on the set of Modern Family one day and see that the white guys behind the camera are not laughing with her, but at her. And at the rest of us, too.

Daisy Hernandez is the author of A Cup of Water Under My Bed: A Memoir (Beacon Press) and co-editor of Colonize This! Young Women of Color on Today's Feminism (Seal Press).