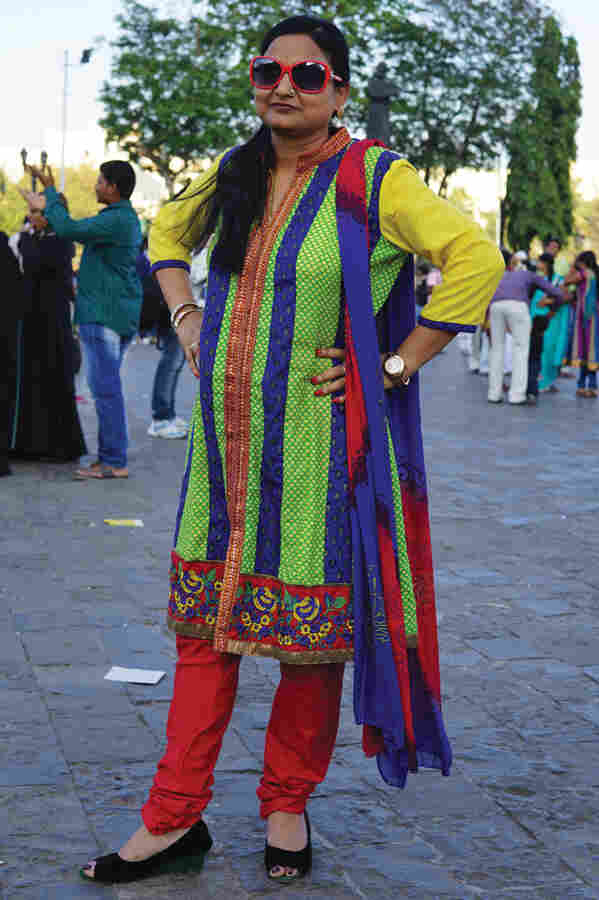 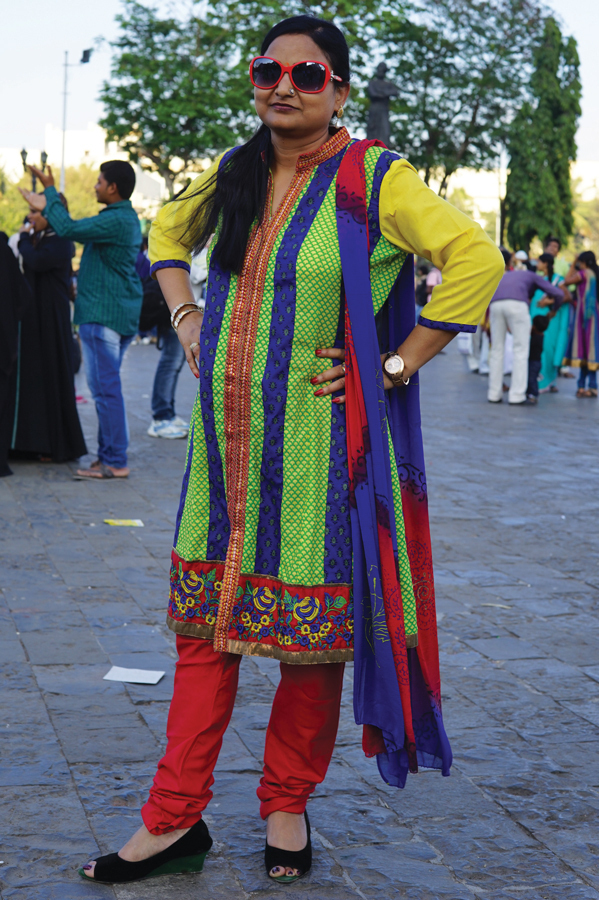 "Ugh, she dresses like SUCH an aunty!" is usually not something you'd want to hear about your style, if you're South Asian.

An "aunty" or "aunty-ji" (depending on where you want to fall on the graph of respect and familiarity) is what you call a lady roughly around your mother's age. So, the family friend who has seen you grow up, your mom's co-worker, the lady next to you in the grocery line or the nosy neighbor whose questions about your love life you endure because she makes a killer biryani — they all qualify.

While the stereotype makes aunties famous only for food and unsolicited advice, their style — like this salwar-kurta and sneakers combo, a staple — has not always been in the spotlight. Until now. 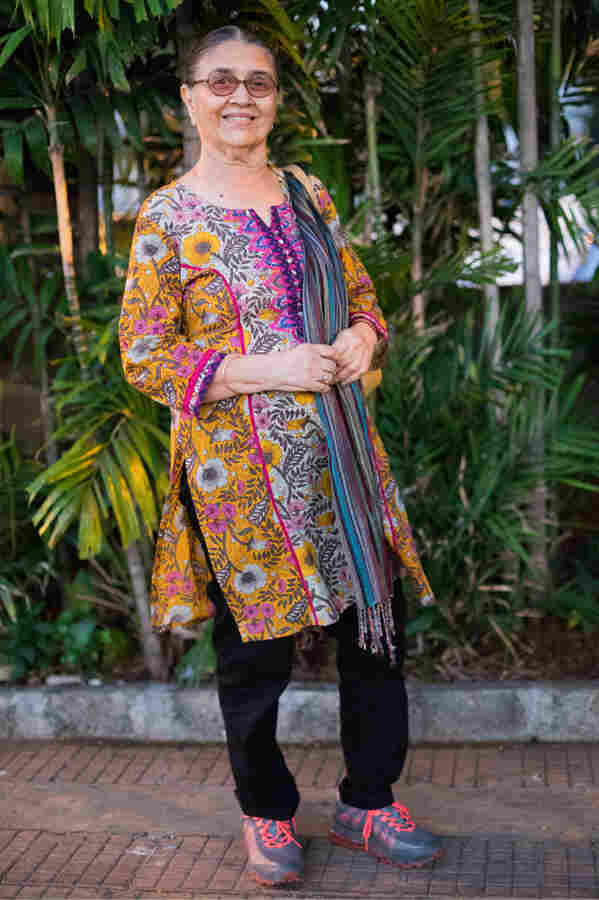 "Upping the Aunty" is a mixed-media art project started by Toronto-based artist Meera Sethi, who's trying to debunk this myth that aunties don't have swag. In the project's first phase, Sethi took photos of women in Mumbai and Toronto and posted them on her Tumblr and Instagram — kind of a street style series. 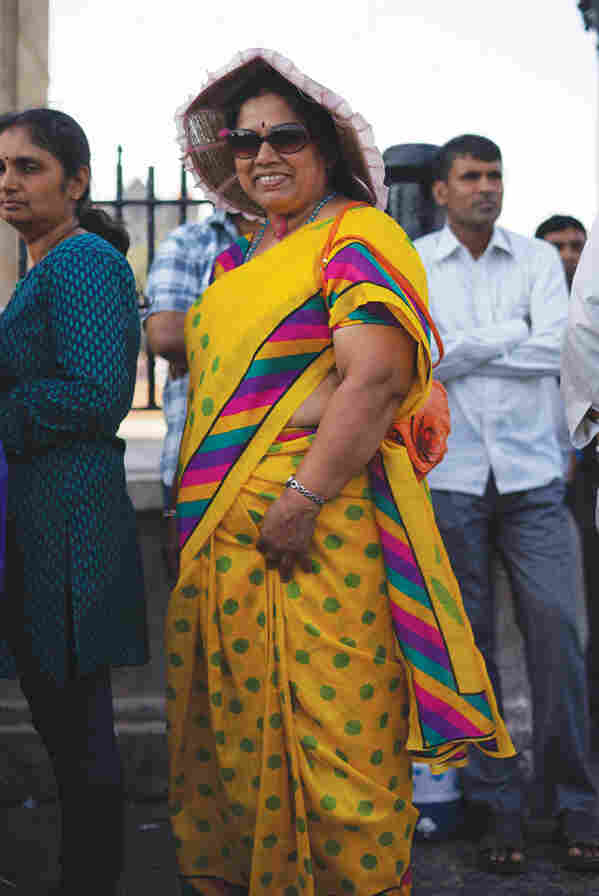 "You see such great, such interesting ways of putting things together," she says. "I wanted to capture that — the colors and the patterns and the accessories — the whole package." 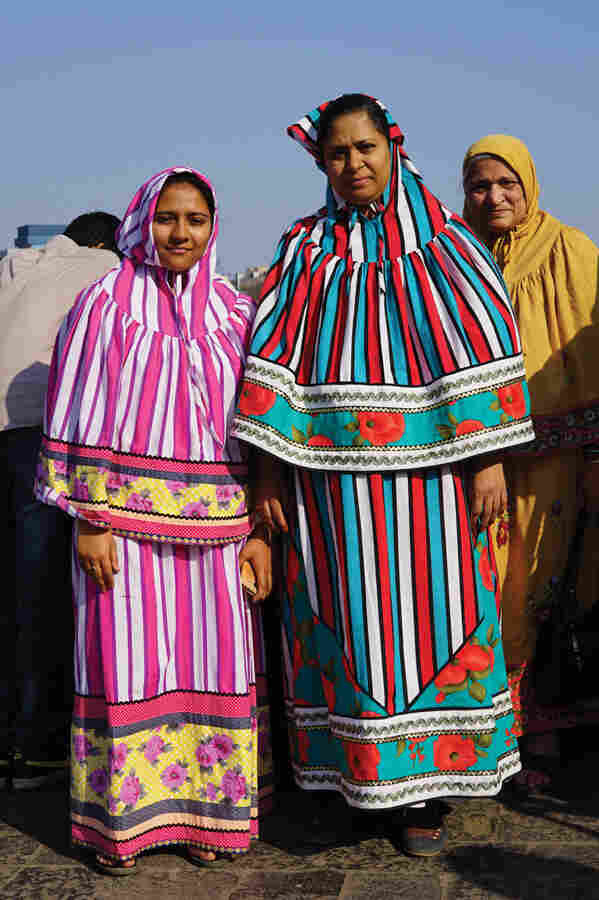 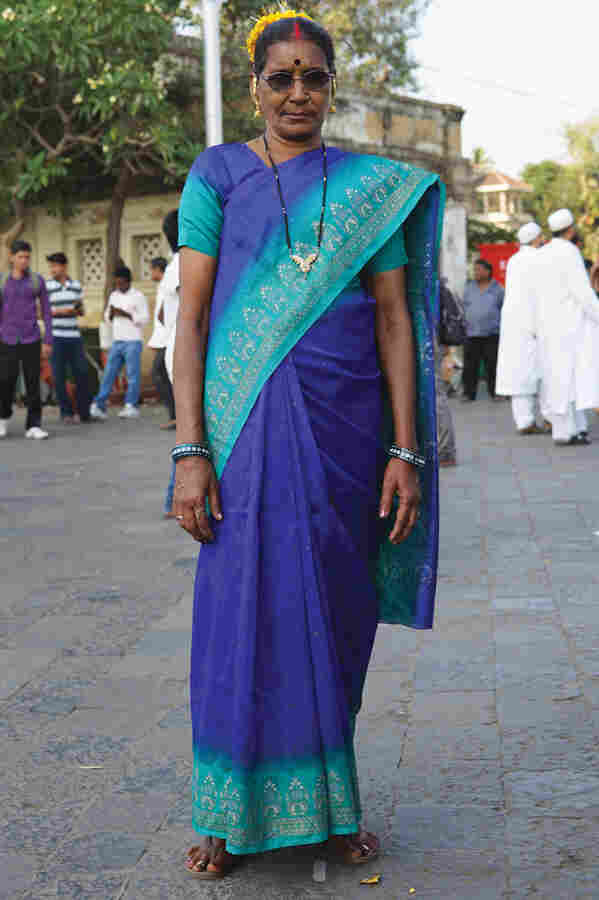 The other goal behind the project was to pay homage to the aunties like the ones that surrounded Sethi while she was growing up in Toronto. They are "cultural figures," Sethi says, who have made many contributions to their societies and communities.

In fact, aunties permeated the lives of Sethi and her South Asian friends to such an extent that even when they weren't physically present, they would often pop up in conversations and jokes.

"[We would] engage in 'aunty-speak' — so, using maybe voices and phrases that our aunties have used — with each other, sort of, in jest," Sethi says. 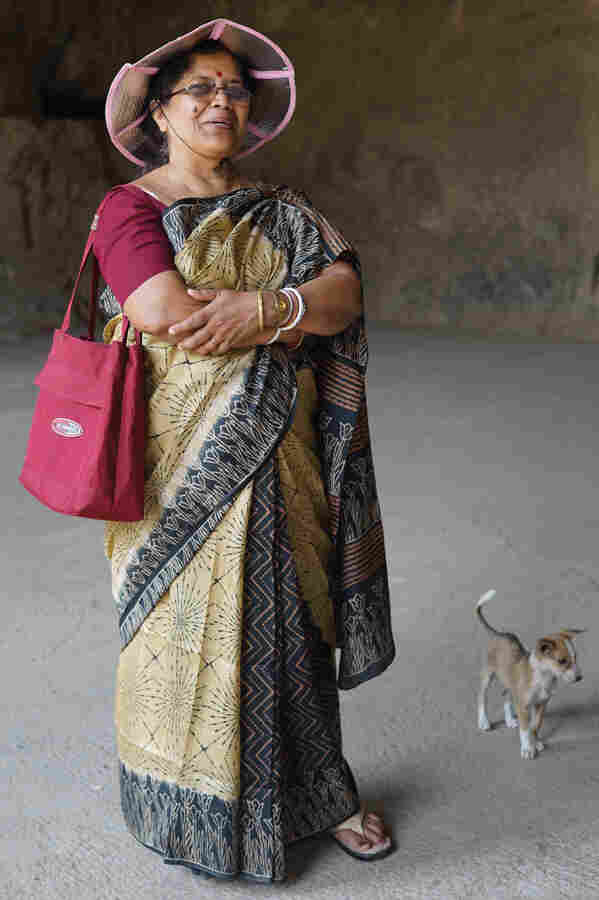 Spurred by these conversations and a plethora of aunty-themed Internet memes and YouTube videos, Sethi started thinking about the cultural knowledge that gets passed on by aunties — especially in diaspora communities.

After a spell of linguistic "pun"-ditry determined the project's title, it all came together. The title isn't just ornamental though. Sethi literally intends to take the project to another level: She wants to collect more photos, have more conversations with aunties about their style and then paint portraits of them embellishing that style. 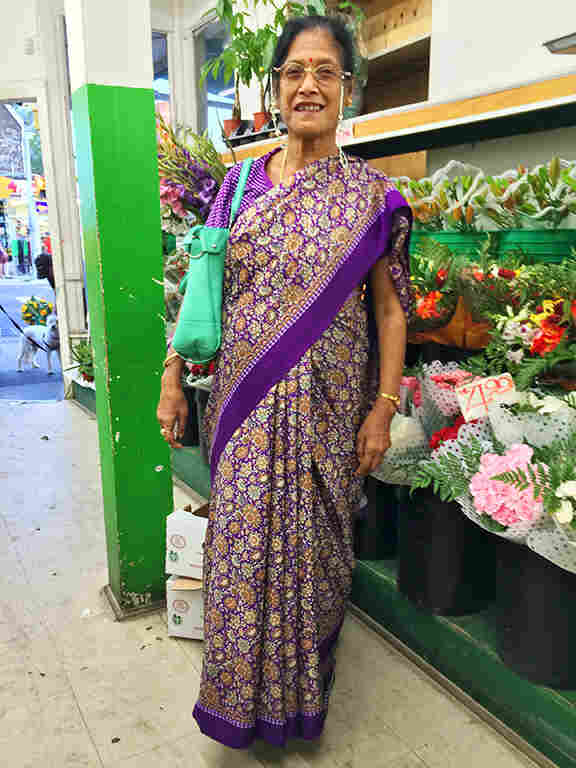 As she works toward these ambitions, Sethi relishes the individual connections she makes with her muses when she stops them for the picture.

"At first, they might be puzzled or surprised that I want to take their photo, but generally they're flattered," she says. "Some of them have told me I've made their day or given me a hug."