Accessibility links
Examining Bill Cosby's Legacy As 'The Cosby Show' Turns 30 : Code Switch On the anniversary of the iconic series, NPR's Eric Deggans talks with the author of a new Bill Cosby biography about how the show and the comedian have shaped perceptions of black families. 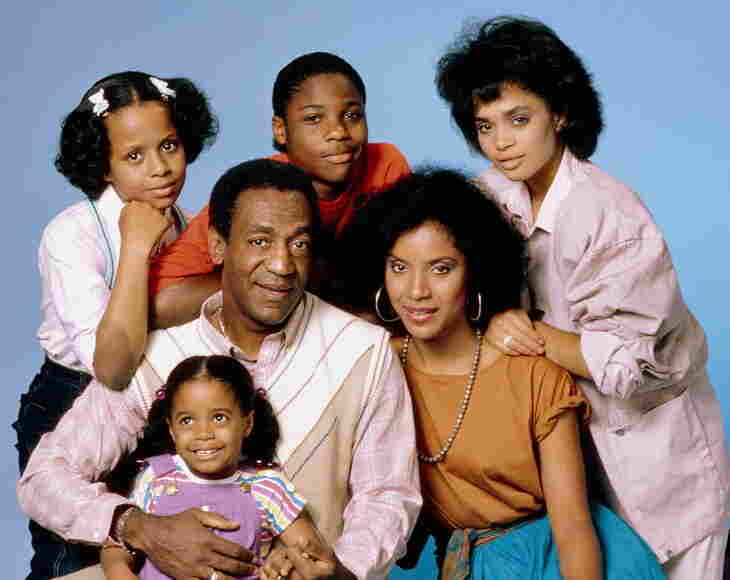 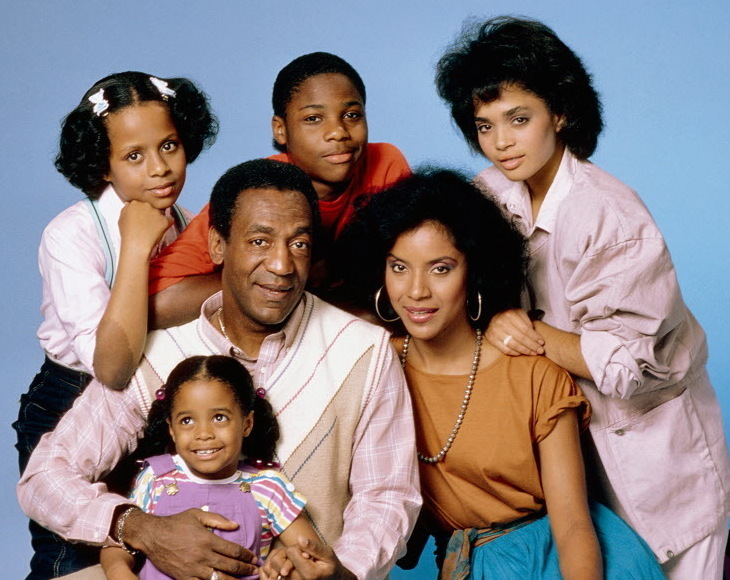 The Cosby Show celebrates its 30th birthday on Saturday.

It was a monster hit inspired by the comedy and life experiences of its star, Bill Cosby, as shown in the new biography Cosby: His Life and Times. In the book, author Mark Whitaker makes a strong argument that Cosby's comedic style and approach to race issues turned The Cosby Show into television's most quietly subversive program.

The Cosby Show rarely came off like a revolutionary situation comedy — especially because the situations, often centered on loving-yet-sardonic parents Cliff and Clair Huxtable, seemed so ordinary.

"I was a beautiful woman once, before the children came," Phylicia Rashad's Clair says in one scene to Bill Cosby's Cliff. "Do you think when they grow up I'll be beautiful again?"

Cosby delivered the punch line, speaking for many an exasperated parent: "I just hope they get out of the house before we die." 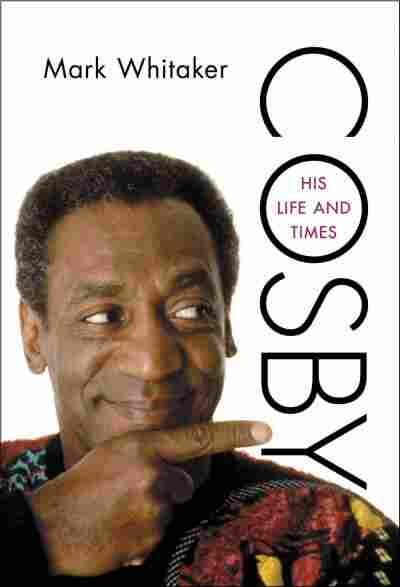 His Life and Times

"The show was what I call so quietly radical," he says. "Actually, it was completely different than any sitcom that had been on the air. And there was more blackness in that show than people either acknowledge at the time or remember. But it was always done in a very subtle and specific way, without calling attention to it."

The influences were small — viewers could see African-American art on the Huxtables' walls and hear jazz music playing in their home — and large, including a spinoff show built around one daughter's move to a historically black college.

Whitaker, a former editor of Newsweek, has written the first major biography to get cooperation from Cosby himself. And in telling Cosby's life story, it details how the show grew out of his comedy, which focuses on storytelling about universal themes.

For example, one of Cosby's biggest routines from the 1960s was about Noah and the arguments he might have had with God.

Cosby adopts a booming voice to play God, telling Noah, "You got two male [animals] down there. You gotta bring in a female."

Noah shouts back: "I'm not bringin' nothin' in. You change one of 'em!"

"At many points in his career, there's been criticism of Cosby for not being black enough," Whitaker says. "There were people in the '60s who thought he should be addressing racial issues in his comedy. ... [But] Cosby always had a sense — a very deep sense — of the impact that his work was going to have on race relations." 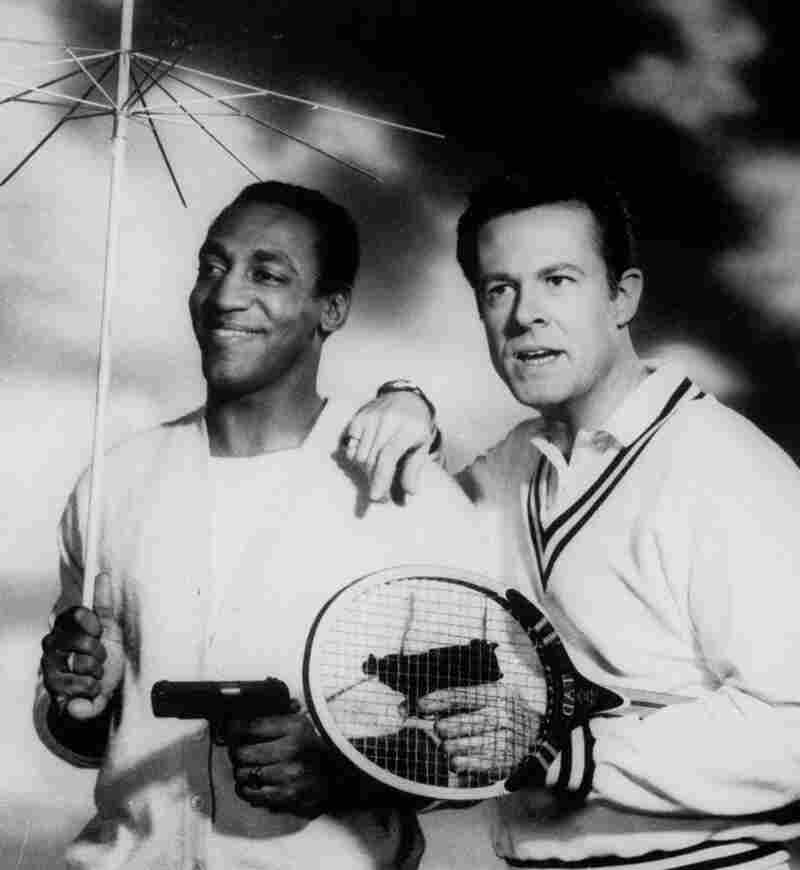 Bill Cosby and Robert Culp co-starred as a team of American agents in the 1965 series I Spy. AP hide caption 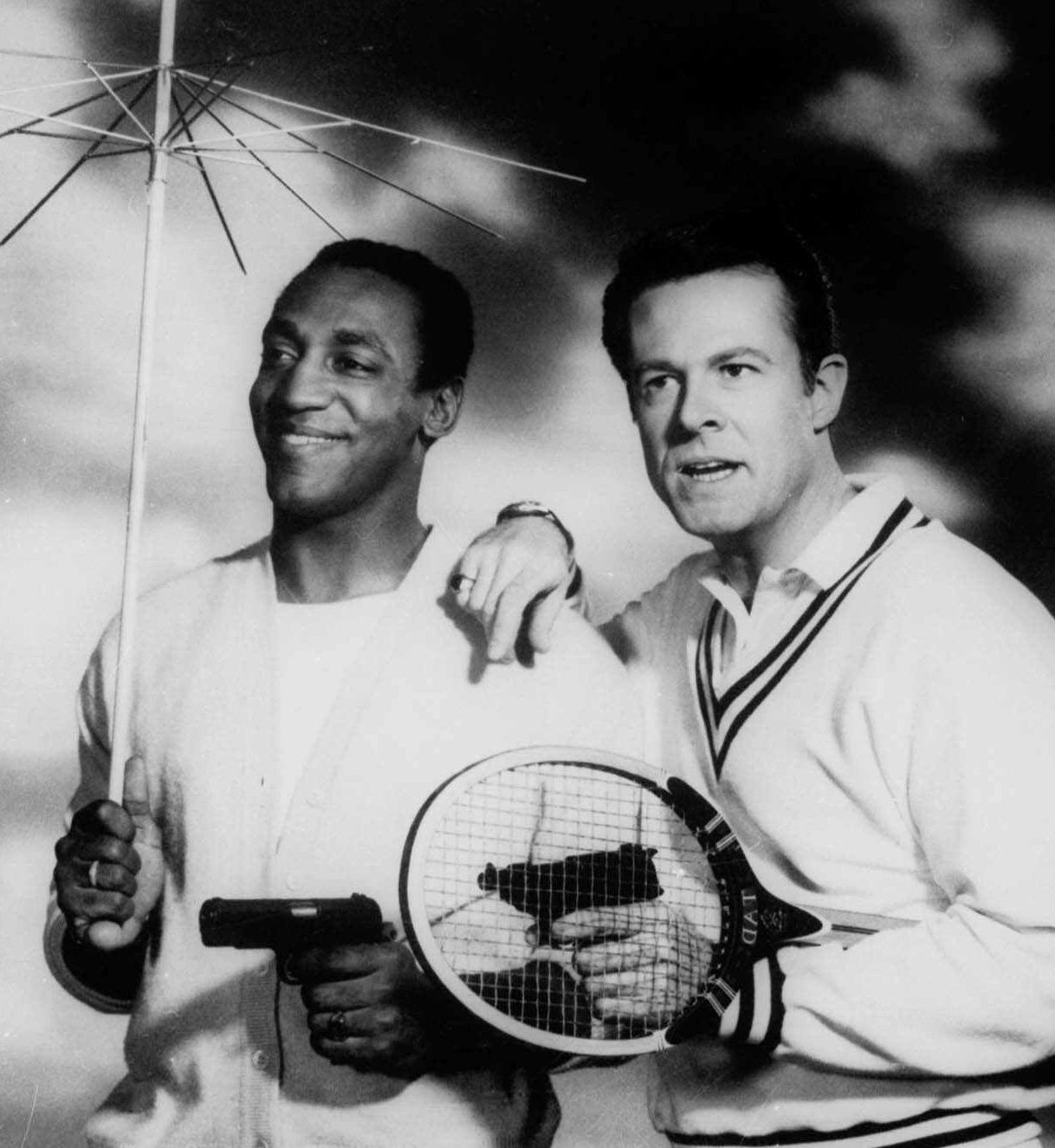 Bill Cosby and Robert Culp co-starred as a team of American agents in the 1965 series I Spy.

That impact grew in 1965, when producer Sheldon Leonard cast Cosby in an ambitious new show called I Spy.

I Spy featured Cosby and Robert Culp as a team of hip undercover agents. It was the first time a black man co-starred in a TV drama — and it wouldn't have been possible without white supporters like Culp and Leonard, something Whitaker says Cosby appreciated greatly.

"He even had a term for his white supporters and mentors," Whitaker says. "He called them 'abolitionists.' "

Fans who weren't used to seeing Cosby talk about race were likely shocked when he took the stage at a 2004 NAACP event to deliver "the pound cake speech," an off-the-cuff criticism of poor black people for failing to better themselves.

"These are people getting shot in the back of the head over a piece of poundcake," he said. "And then we all run out, we're outraged, [saying], 'The cop shouldn't have shot him.' [What] the hell was he doing with the poundcake in his hand?"

"I think Cosby's message underneath all the comedy has been, if black folks want to be respected, they have to respect themselves," the author says.

But Michael Eric Dyson, an educator and pundit, spoke out against the remarks and eventually wrote a book called Is Bill Cosby Right? (Or Has the Black Middle Class Lost Its Mind?).

"I thought he was being elitist and condescending and dismissive of the poor, and uncomprehending about their lives," Dyson says. "Then we talked after that, [and Cosby] said, 'Look I was really quoted out of context.' And so he sent me a copy of the speech ... and when I heard it, I knew then that I had to write a much longer response to him. Because it was venomous, it was acerbic ... the tone of the speech was nasty and brutal."

Dyson says Whitaker has been seduced by Cosby. He notes the biography doesn't mention a jarring accusation from 2004, when several women claimed the comic drugged and sexually assaulted them.

Bill Cosby, Still Himself After All These Years

"So how is it that the accusations of immorality that have been levied against Mr. Cosby don't make it into a book where the author defends Mr. Cosby in terms of his own attacks on young people?" Dyson says.

The author, who did write about times when Cosby cheated on his wife, says he never asked his subject directly about the assault allegations or interviewed the accusers. As a journalist, Whitaker says he wasn't comfortable including complex accusations in the book that he couldn't prove.

"I just did not want to be in a position [as a journalist] of printing allegations and denials. And then ... if people said to me, 'Well, what do you think really happened?' and I would say, 'I don't know,' " the author adds.

A representative for Cosby declined an interview request for this story.

The book does note how Cosby's shows affected public perceptions of black people and black families, with some theorizing The Cosby Show made it easier for all Americans to picture a black family like the Obamas in the White House.

Despite some controversial and dark times in his personal life, Cosby's legacy as a TV performer seems clearer: indirectly challenging stereotypes by telling stories that moved a nation.

Read an excerpt of Cosby