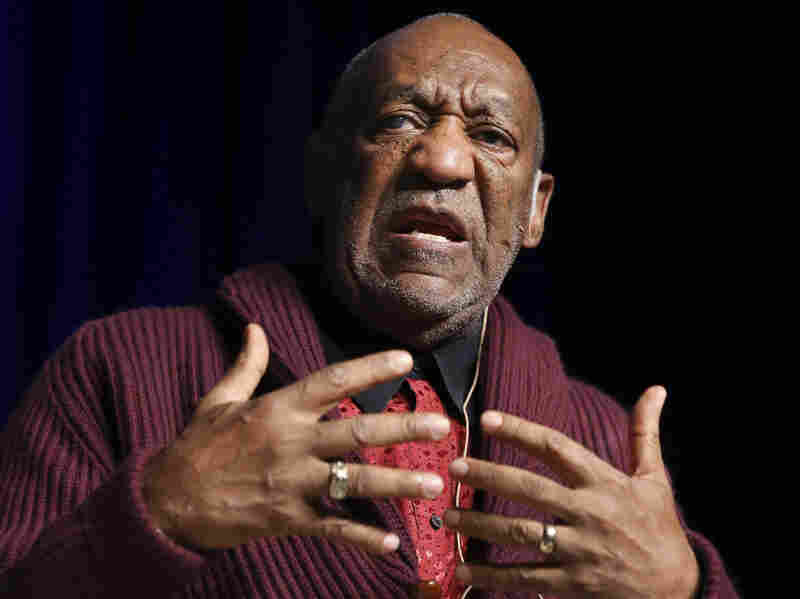 Bill Cosby was once America's Dad, but since his sitcom ended he has become a more polarizing figure. John Minchillo/Invision/AP hide caption 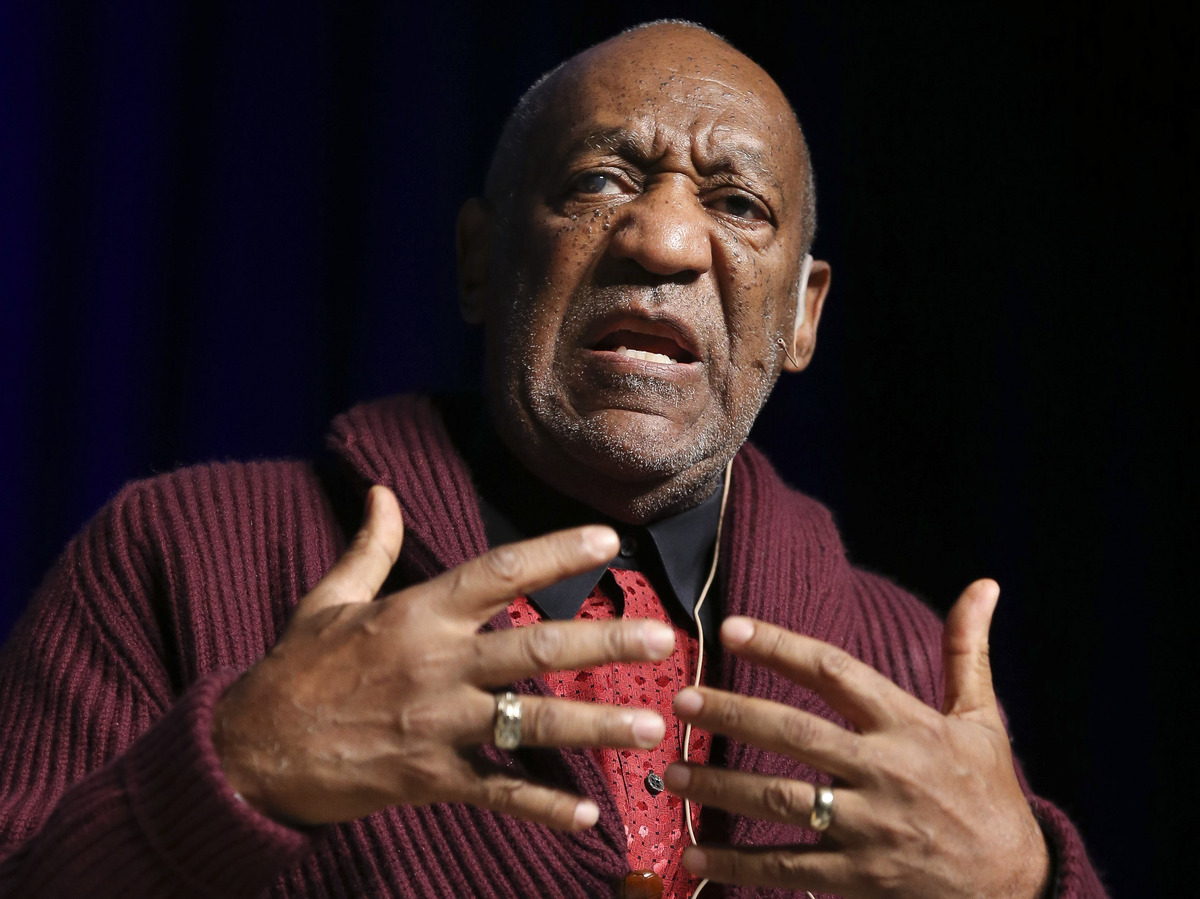 Bill Cosby was once America's Dad, but since his sitcom ended he has become a more polarizing figure.

Sept. 20 marks the 30th anniversary of the premiere of The Cosby Show, the wildly successful sitcom starring Bill Cosby. Depending on whom you ask, that show can be credited with recasting the popular image of black family life, saving the flailing NBC network, or resurrecting the sitcom format itself. In the 1980s, Bill Cosby became one of the biggest non-Michael Jackson figures in American pop culture.

It's wild when you think about it: Just 16 years after Martin Luther King Jr.'s assassination, the image of America's Dad was a middle-aged black dude clad in ridiculous sweaters.

Cosby's renown has become less neat in the years since the show went off the air, his squeaky-clean family image tarnished by confessions of infidelity and allegations of sexual assault. His politics have become polarizing, and his name is invoked as a shorthand for a specific strain of black conservatism.

Below is some notable writing on Cosby and his complicated post-Huxtable legacy.

"Bill Cosby's Untold Story: Agony, Ambition and a Son's Tragic Murder": In this excerpt from a newly released authorized biography, Mark Whitaker details how Cosby mourned the loss of his son Ennis, who was murdered in 1997.

"Those close to Cosby knew that he had a difficult time with death. When the jazz giant Dizzy Gillespie had fallen ill with pancreatic cancer a few years earlier, Cosby had called him every day, had gone to visit Dizzy in the hospital, had sat by his bedside and told him funny stories to try to keep his spirits up. But he hadn't gone to the funeral. 'I don't like to see people horizontally,' he told friends at the time.

"But now he was going to have to bury Ennis — his only son, his prince! He was going to have to comfort Camille, who would be suffering a mother's grief, the pain of losing the baby she carried and raised to be a man. He would have to be there for Ennis' sisters, for the rest of his family and for their dearest friends.

"As he drove into Manhattan, he knew that he couldn't escape the media thronged in front of his house. When the car pulled up to the townhouse, Cosby climbed out, put his key in the front door and then turned to face the reporters.

"The 30th Anniversary of Bill Cosby: Himself—An All-Star Stand-Up Salute": Cosby's reputation as a standup has only grown in the years since the show. Comedy nerds point to the ways in which he changed the mechanics of performing standup and note that he's still on the road doing shows at close to 80. A gaggle of well-known comedians — Jerry Seinfeld, Sarah Silverman, Hannibal Burress among them — talked to GQ in 2013 about Cosby's groundbreaking concert movie, Bill Cosby: Himself. That movie premiered a year before The Cosby Show, and its momentum helped the sitcom get picked up by NBC.

"He opened a door for all of us, for all of the networks to even consider that this was a way to create a character, was to take someone who can hold an audience just by being up there and telling their story," Seinfeld told GQ. "He created that. He created the whole idea of taking a quote-unquote 'comic' and developing a TV show just from a persona that you see onstage."

"This Is How We Lost To The White Man": In 2008, Ta-Nehisi Coates of The Atlantic placed Cosby's politics in a larger tradition of a particular kind of black conservatism centered on black self-reliance and uplift.

"Black conservatives like Malcolm X and Louis Farrakhan, the leader of the Nation of Islam, have at times allied themselves with black liberals. But in general, they have upheld a core of beliefs laid out by Garvey almost a century ago: a skepticism of (white) government as a mediating force in the 'Negro problem,' a strong belief in the singular will of black people, and a fixation on a supposedly glorious black past.

"Those beliefs also animate Come On People, the manifesto that Cosby ... published [in 2007]. Although it does not totally dismiss government programs, the book mostly advocates solutions from within as a cure for black America's dismal vital statistics. 'Once we find our bearings,' they write, 'we can move forward, as we have always done, on the path from victims to victors.' Come On People is heavy on black pride ('no group of people has had the impact on the culture of the whole world that African Americans have had, and much of that impact has been for the good'), and heavier on the idea of the Great Fall — the theory, in this case, that post-Jim Crow blacks have lost touch with the cultural traditions that enabled them to persevere through centuries of oppression."

Who Wants to Remember Bill Cosby's Multiple Sex-Assault Accusations? Earlier this year, when people were paying fresh attention to old allegations of sexual molestation against Woody Allen, Gawker's Tom Scocca pointed out that more than a half-dozen women had alleged that they had been sexually assaulted by Cosby. The women's accusations had some common themes — Cosby, they said, drugged them before he sexually assaulted them. But Scocca writes that the public goodwill around Cosby suffocated the story.

"Basically nobody wanted to live in a world where Bill Cosby was a sexual predator. It was too much to handle. The original Philadelphia Magazine story set off his accusers' testimony in italicized interludes, between long sections about the more digestible controversies around Cosby's lecture tour denouncing black cultural pathology. ...

"Conceptually, it was the sensible way to deal with it. No one was talking about it anymore. The whole thing had been, and it remained, something walled off from our collective understanding of Bill Cosby."

"The Eternal Paternal": Kelefah Sanneh of The New Yorker, in a profile pegged to Whitaker's aforementioned biography, considers Cosby's life and his philosophical trajectory.

"Cosby must have noticed the perception, particularly among blacks, that he didn't care about the project of liberation, and in the late sixties and early seventies he seized opportunities to strike a more defiant pose. In 1968, when he accepted his third straight Emmy Award for his role on 'I Spy,' he issued a proclamation from the stage: 'Let the message be known to bigots and racists that they don't count!' In one interview, he seemed to disown the gentle approach of 'I Spy,' saying, 'I just can't keep making the joyful noise.' "

"If 'The Cosby Show' helped establish Cosby as a cultural conservative, the 'pound cake' speech earned him a misleading reputation as a political conservative, a courageous African-American willing to stand up to the liberal establishment. Online, his name is sometimes linked, spuriously, to criticism of President Obama, whom Cosby has supported. And excerpts from the speech tend to resurface whenever the question of racial justice is in the news, as during the protests in Ferguson, Missouri. Along the bottom of Cosby's Web site, a band of photographs automatically displays people who have recently tweeted about him, and the lineup often includes a user sharing a quote from 'pound cake.' One day this summer, a tweet included a link to the speech, with a tendentious summary: 'Bill Cosby Bashes Negro Thugs and Black Welfare Moms: "We Can't Blame the White People Any Longer." ' The name on the Twitter account was @WhiteResister."

And in this video from The New Yorker, Sanneh discusses Cosby's comedic evolution.