MacArthur Fellow Trains Lawyers To Work For Clients, Not Judges

MacArthur Fellow Trains Lawyers To Work For Clients, Not Judges

Jonathan Rapping, a lawyer and champion of legal defense by training, was named as one of this year's MacArthur Fellows, a class of 21 professionals doing innovative work across various fields including filmmaking, physics, and poetry. In 2007 Rapping and his wife Iham Askia, a former schoolteacher, founded the Southern Public Defender Training Center, an organization designed to better equip public defenders with the skills necessary to navigate a legal system that often fails poor, minority defendants.

Rapping and his team have since renamed the training center "Gideon's Promise" after Gideon v. Wainwright, a pivotal 1963 Supreme Court decision that established the right to legal defense for all citizens accused of a crime. Despite being a monumental step in the right direction, Rapping says, Gideon alone cannot do enough to combat the failings of the modern American court system. 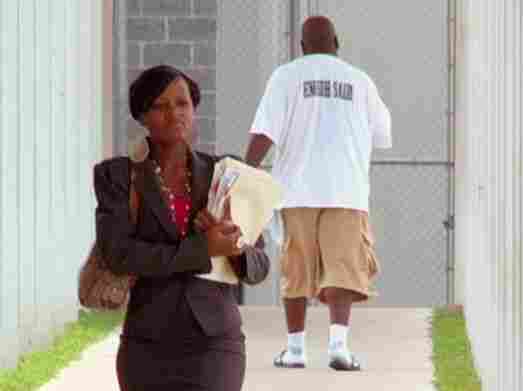 In Gideon's Army, Brandy Alexander defends a 17 year old on trial for armed robbery who she believes is innocent. He faces a 10 year mandatory minimum if convicted. Dawn Porter hide caption 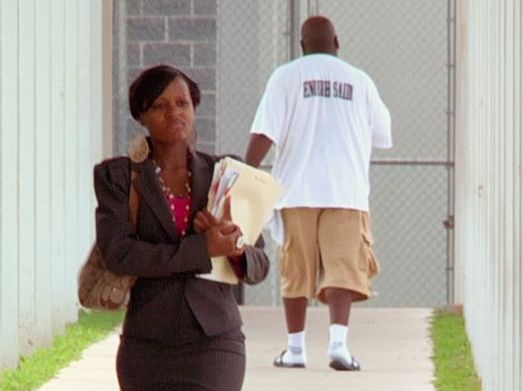 In Gideon's Army, Brandy Alexander defends a 17 year old on trial for armed robbery who she believes is innocent. He faces a 10 year mandatory minimum if convicted.

We reached Rapping by phone to talk about his work.

How did you initially become interested in reforming the way public defenders represented their clients?

Rapping: After Hurricane Katrina hit, I was invited to come to New Orleans to and help with the effort to rebuild their public defender office. It was my first introduction to systems that were incredibly dysfunctional and had come to accept an embarrassingly low standard of justice for people.

In what ways were the standards low?

You would see these systems where human beings — almost exclusively poor and disproportionately people of color — were brought into these systems and just processed. No one was treated like a human being. ...

It starts with legislators who in a "tough on crime" environment are really pressured to basically over-criminalize behavior. Then you get police who feel pressured to make arrests and to target certain communities. Prosecutors who frequently feel the pressure of a "tough on crime" environment charge more cases than the system is equipped to handle. As the system gets overwhelmed, the goal becomes getting this overwhelming number of cases through the system. Rather than focusing on justice, taking our time, and making sure that every person gets what our Constitution deserves, we start looking for shortcuts. ...

Prosecutors start doing things like asking that poor people be held on bonds they can't make. They do this knowing that when you're sitting in jail on a bond you can't make and the only way to get out is to take a plea, that's an incredibly powerful tool for a prosecutor to get a quick conviction.

What did that look like on the defense side of things?

I would see these young, passionate public defenders who came to this work for the right reasons, but they came into systems where every pressure told them that the job was to help process people and move cases. You would see within a couple of years, many of these lawyers would either quit or they would just become resigned to the status quo. ...

Let me give you a concrete example. When I first moved to Georgia, I remember the very first training that we did on basic motions practice. When it was over, one of the new chief public defenders tasked with ushering in this new system came up to me and said that while he liked the session, he wouldn't be able to file that way. He explained that judges in Georgia would become angry with lawyers filing their motions. That was my first introduction to a culture that was judge-centered instead of client-centered. These lawyers had been socialized to see their role as pleasing the judge instead of fighting for their client.

How does Gideon's Promise attempt to counteract that culture?

The idea was to build a network of public defenders who not only had the skills to represent people well immediately, but who also had a supportive community. So when they go into these dysfunctional systems that pressured them to process people, they have a set of strategies to overcome those pressures. It takes a lot of backbone for a young lawyer to walk into the system, stand up and say, "I need to be heard on this motion," when they have judges yelling at them and telling them that they're wasting time. That courage and support is what we try to provide our community of lawyers.