Accessibility links
In 'Selfie', John Cho Gets An Unlikely Shot As A Romantic Lead : Code Switch John Cho is a brilliant actor who happens to be Korean-American. Over a 17-year career he's managed to not be cast primarily as "an Asian-American" actor. In the new show Selfie, he's done it again. 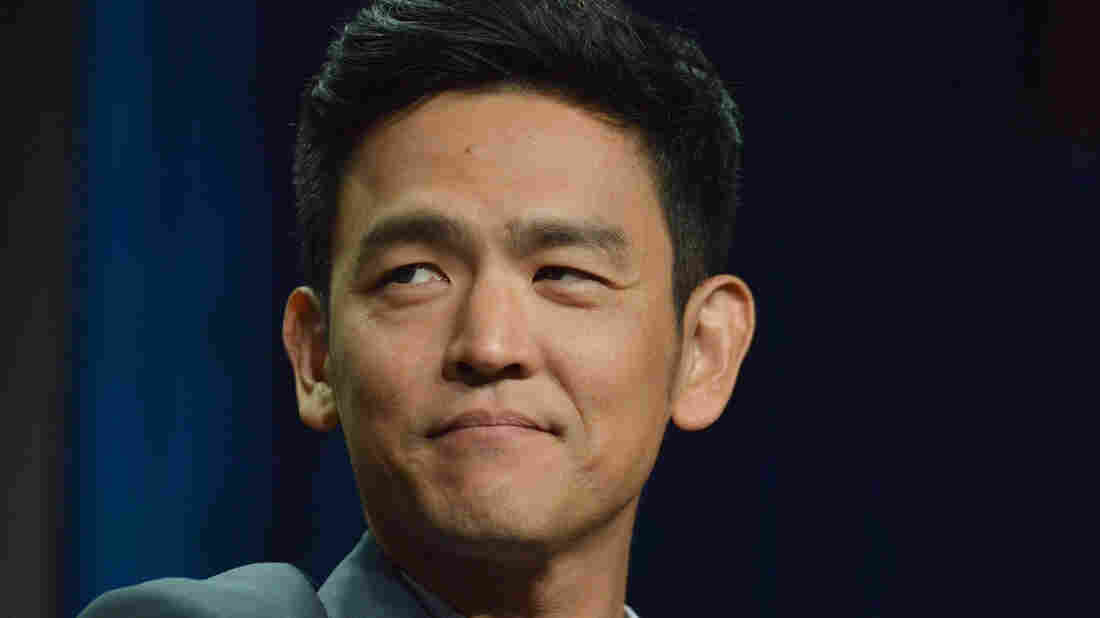 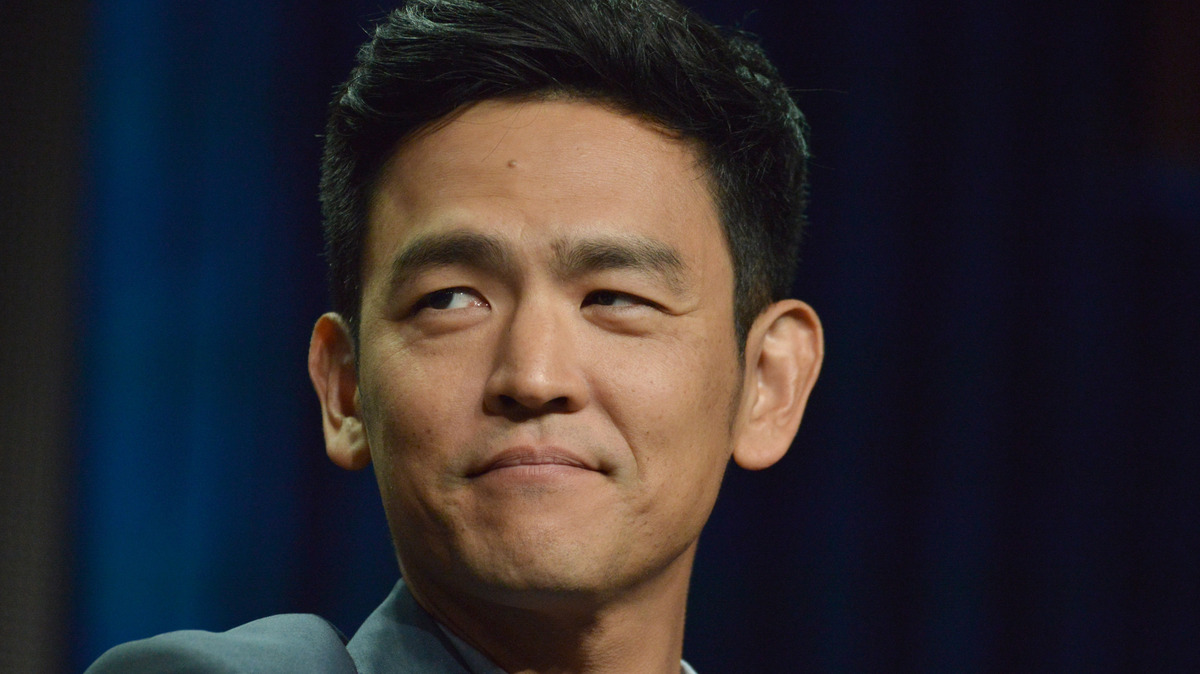 Survey the current TV landscape and you'll see more Asian-American men than ever. (Which is to say, still not very many, but more than there used to be.) Most visibly, there's Steven Yeun as Glenn Rhee on The Walking Dead. There's Ken Jeong as Señor Ben Chang on Community, leering and creeping like a modern-day Fu Manchu, only weirder and less smart. There are Kumail Nanjiani, Aly Mawji and Jimmy O. Yang on Silicon Valley. In the recent past, there was Justin Lee as Annyong Bluth on Arrested Development; in the near future there will be Randall Park on Fresh Off the Boat.

This week, there will be one more — and that was kind of an accident.

John Cho wasn't supposed to star in the My Fair Lady-like ABC sitcom Selfie. (The pilot, which premieres Sept. 30, is much better than its not-very-good name, sort of like the '90s Welsh band Gorky's Zygotic Mynci.) The producers of the show were looking for someone more in the traditional Henry Higgins mold, namely British and oldish. Cho is neither, but as creator Emily Kapnek has said, the further they got into their search, the less the older and British parts mattered.

Eventually, she said, "We just need a brilliant actor — and John's name came up."

In short, Cho is accustomed to having the freedom to get into character without worrying that "the Asian song" will cue his appearances. He hasn't been forced into parroting stereotypical ethnic tics for cheap laughs or breaking out a fake foreign accent.

The Keepers And Sleepers Of Fall TV, From Romances To Murder

Still, it's not lost on Cho that his casting — as a somewhat-possibly-romantically interesting lead opposite a white woman on a major network show — really does mean something.

"I would call this revolutionary," he told The Toronto Star in July. "It's certainly a personal revolution for me."

Cho has transcended the typecasting and perpetual sidekick status that held back so many of his predecessors — the late James Shigeta notwithstanding — and at age 42 he finds himself putting a "rom" in front of "com" for the first time.

What Selfie does well, at least in the pilot, is not to make an issue of Henry and Eliza's respective races. Henry is a brilliant marketer, who happens to be Korean-American. Eliza is a self-absorbed social media addict, who happens to be white. This is how it should be.

If there is a potential pitfall in the show's setup, it's that the supporting cast will ultimately serve as little more than ushers, there to guide Eliza and to remind her she is smart and kind and important as she fumbles toward self-actualization. People of color are accustomed to these kinds of roles — from Karate Kid to Girlfriend Intervention — which amount to little more than racial essentialism, however well-intentioned. But early signs are promising, and the pilot hints at ways the show might try to get at perceptions of race and class in nuanced ways. (Both the CEO and the receptionist at the company where Henry and Eliza work are black.)

So even though the show doesn't foreground race unnecessarily, it doesn't shy away from it entirely, either. There's a joke that involves Korean social norms — or rather, an awkward misreading of them — but Henry takes it in stride, and it isn't used to pigeonhole or humiliate him. By and large, Henry is just Henry.

That said, there's no getting around the fact that this is an update of an iconic character we've always thought of as British, and it's difficult to avoid the question: Can 'Enry 'Iggins be an Asian dude? (The answer in this case is yes, absolutely.) Sure, in a perfect world, there have been so many Asian-American male romantic leads that this casting choice is hardly worth noting as unusual or counter-intuitive, but as Cho himself acknowledges we don't live in that world. There's a reason we still have to call it "colorblind casting" instead of just "casting."

There's a reason we still have to call it "colorblind casting" instead of just "casting."

Interestingly, the traits that make the classic Henry character tick overlap with commonly held views of Asian-Americans: nerdy, uptight, workaholic. In a recent Al-Jazeera America column, Julia Carrie Wong remarks, "Being Asian and being white are becoming less and less mutually exclusive." She points to a Mother Jones report that says tech jobs are "far less diverse" because 94 percent of the workers "are white or Asian." Wong notes a shift in thinking about diversity, "from not white to not white or Asian."

"What is white in America (and what isn't) has always been subject to revision," Wong continues, citing Irish and Italians as outsiders who were eventually welcomed in, and the literally Caucasian Tsarnaev brothers as whites who were escorted out. It is possible — tempting, even — to read Cho's casting as a signal, however subtle, that yellow is the new white. (Not sure what the food metaphor would be for that.) But really, it's not so simple.

While it may be true, as Wong writes, that "Asian-American success over time became a rhetorical bludgeon used to deny the real and ongoing effects of institutional racism and white supremacy on African-Americans," it's highly unlikely that Cho will be asked to represent Asian-American men the way that Shonda Rhimes is asked — and assumed — to represent black women.

Since Cho is not a writer or showrunner on Selfie, he will probably not get backhandedly "praised" for "getting away with being an angry Asian man." (Blogger Phil Yu has already claimed the Angry Asian Man moniker, and in any case the term does not carry the problematic connotations that "angry black woman" does.) Because he's a performer in someone else's script, Cho will probably face less scrutiny for molding Henry in his own image, even as Henry tries to mold Eliza in his. Because he's better known for who he is than what he is — a credit to the range and malleability of his craft — he brings less baggage to the role than another Asian-American actor might.

There's still some history to contend with, though, and if Selfie can find an audience, this revolution might be televised after all.