In The World Of Chefs, Asian-American Women Are Turning Up The Heat

In The World Of Chefs, Asian-American Women Are Turning Up The Heat 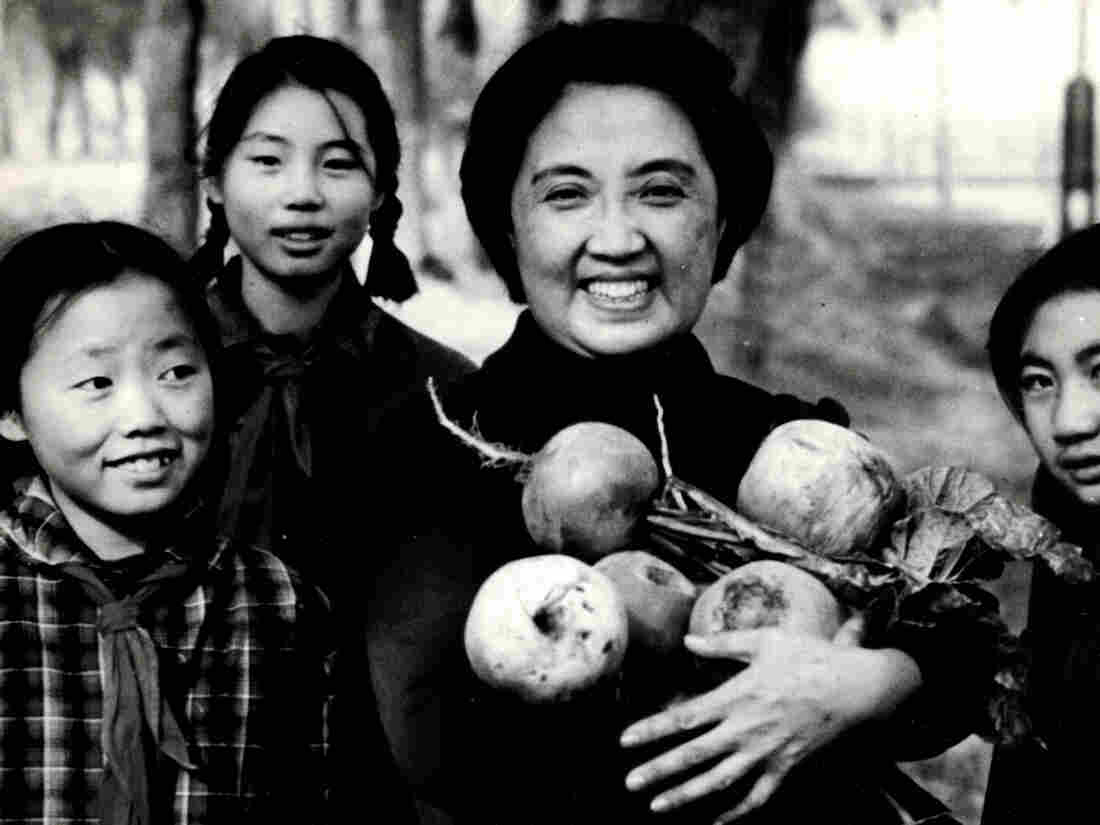 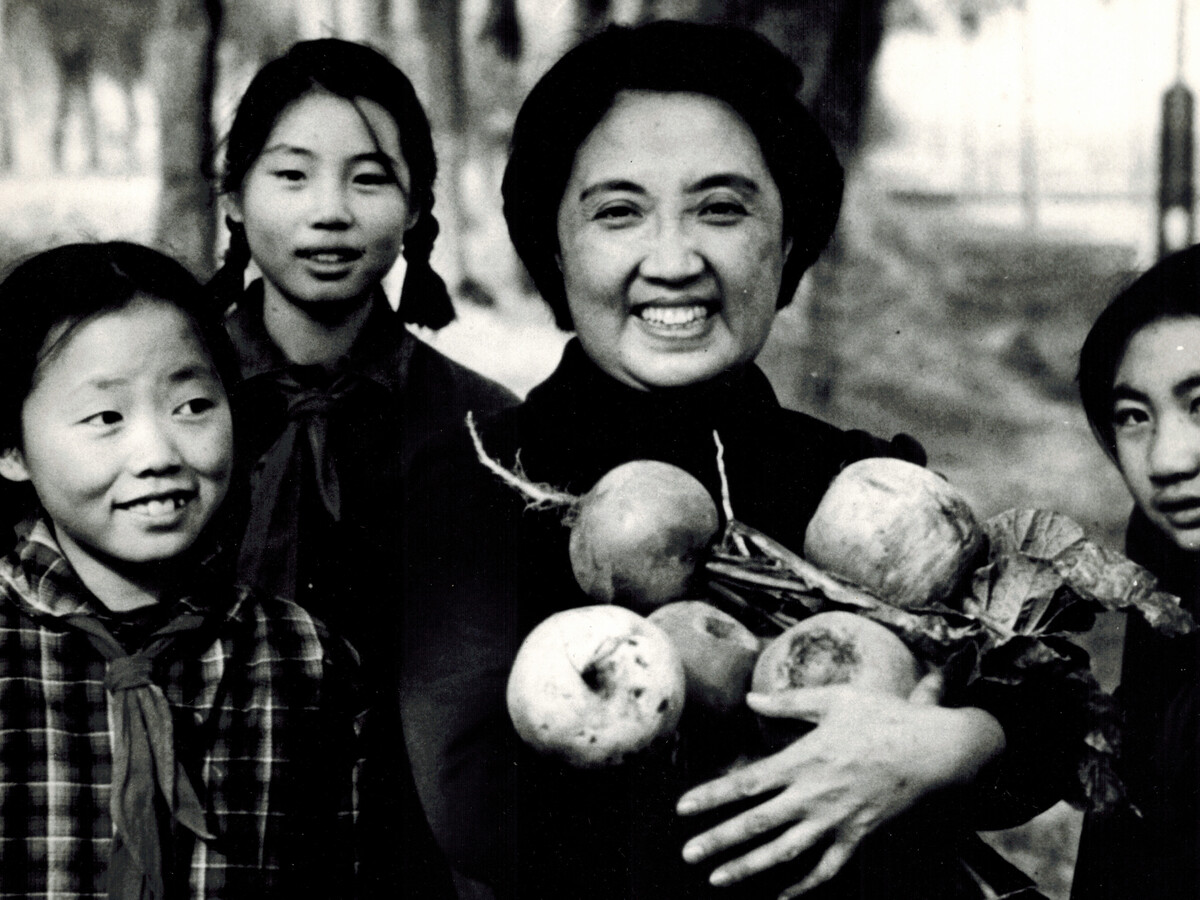 Courtesy of the Joyce Chen Family

Food writers have argued that Asian-American chefs are having a moment. Besides running popular food establishments, chefs David Chang, Roy Choi and Eddie Huang have each inspired his own cultlike fan base. All three have published best-selling books; Huang's Fresh Off the Boat: A Memoir is the basis for a highly anticipated sitcom debuting this fall on ABC. Choi will host a new CNN reality show on LA street food launching this month. Chang, considered the pioneer of this culinary trend, boasts a personal Twitter following 120,000 strong (double the number of his restaurant Momofuku's followers). 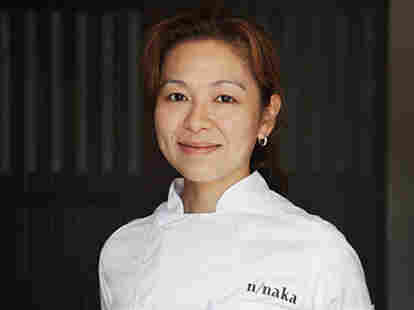 But there's a glaring absence in this most recent celebration of Asian-American chefs: women. Chinese-American restaurateur Joyce Chen was one of five trailblazing chefs commemorated by a limited edition set of USPS Forever stamps this year, but top honors awarded to contemporary Asian-American female chefs such as Cara Stadler and Anita Lo seem few and far between, perhaps symptomatic of a broader gender bias in the industry.

Niki Nakayama, 40, runs n/naka, a kaiseki (Japanese formal dining) restaurant in west LA. As the restaurant's chef-owner, she's responsible for recipe development, plating and presentation, managing staff and inventory, dealing with customers and vendors, all while keeping an eye on the bottom line. The restaurant is a family affair; her life partner Carole Iida, 37, joined n/naka as the sous chef earlier this year after shuttering her own restaurant downtown. They prep and cook together, shoulder to shoulder, five days a week.

When Nakayama greets guests at the end of the meal, she's sometimes mistaken for a waitress. Often, she finds that customers are surprised to learn that the visionary mastermind behind the 13-course, $165 prix fixe culinary extravaganza they've just devoured is a Japanese-American woman .

I think when people see myself, or someone like Carole, they might think we're not absolutely serious about what we're doing, because we don't fit that 'chef' persona.

As early as the 1970s, notable Asian chefs had penetrated mainstream American culture, and it's been men who've dominated the picture: Michael Chow partied with models and socialites before opening his eponymous fine-dining restaurants in Miami, Beverly Hills and New York; Hiroaki "Rocky" Aoki popularized communal dining and campy teppanyaki entertainment with his chain of Benihanas. In the 1980s and '90s, Martin Yan, Ming Tsai and Iron Chef Morimoto beamed from our television sets.

In 2013, the Bureau of Labor Statistics reported that 45 percent of cooks working in restaurants are white, and 60 percent of the overall total (across all racial categories) are male. Now, consider the numbers for head chefs, the ones who are highest-paid and hold the most decision-making power. White chefs in management and executive positions make up 54 percent of the total. The percentage of men in top chef positions? A whopping 80 percent.

Nakayama tells me a story about a famous chef who recently dined at her restaurant. After meeting her, he described the food as "cute, and so feminine," a backhanded compliment that infuriated her. "I think when people see myself, or someone like Carole, they might think we're not absolutely serious about what we're doing because we don't fit that 'chef' persona," Nakayama says.

Na Young Ma agrees. She's the Korean-American owner of Proof Bakery in Atwater Village on LA's east side, whose croissants and other pastries have garnered wide acclaim in the four years since the bakery opened its doors. Ma, who is 38, says, "The new face of the 'chef' is definitely personality-based. It's not just about the food, but being a character," which she describes as "vocal, opinionated, over-the-top." Although she understands it's one strategy in building a successful business, Ma says, "Personally, I'd rather be working in the kitchen, or just focusing on my customers, my staff." 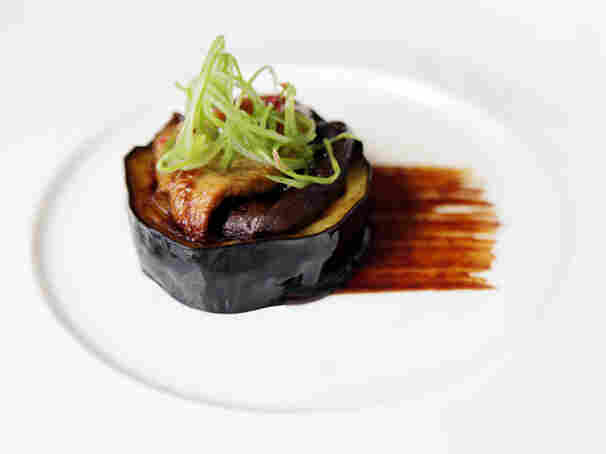 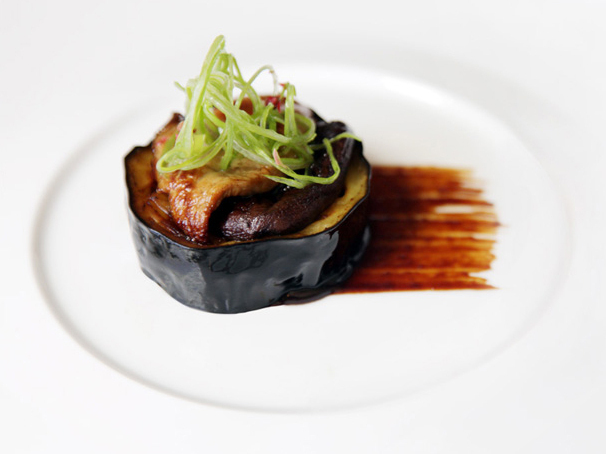 One of Niki Nakayama's culinary creations.

Another unconventional success story belongs to Thi Tran, 37, the chef-owner of Starry Kitchen. After getting laid off from her advertising job, Tran began hosting a weekly supper club for friends at her North Hollywood apartment. "It was never meant to be big. It was just for fun, and then it blew up," she says. Word of mouth and social media ramped up demand for the self-taught chef's creative pan-Asian fare, and Starry Kitchen eventually moved into a brick-and-mortar location. In five years, the restaurant has gained rave reviews from countless Yelpers, foodie bloggers and revered food critic Jonathan Gold.

Still, Tran is exceedingly uncomfortable in the limelight. She says, "I don't really care to be out there, to be the face of the restaurant."

A cultivated relationship with the media and branching into food-based media projects seem almost de rigueur for today's chefs. Niki Nakayama of n/naka has been recruited to take part in a Netflix documentary on the world's most innovative and artistic chefs. She describes the experience of being filmed as "nerve-wracking."

"I go home every day, I smell like food — the last thing I feel is glamorous and cool. But I think people enjoy seeing that — chefs that put out a rock-star persona," Nakayama says. And with a small laugh, she adds, "For me, being an Asian woman, it's just a little hard to go there."

Vivian Ku, 27, and Moon Lynn Tsai, 28, are the owner and general manager, respectively, of Pine & Crane, a modern Taiwanese bistro in LA. The restaurant has warranted some attention for its farm-to-table interpretations of traditional Taiwanese cuisine, and for its location in Silverlake, a gentrified hipster neighborhood (most other Taiwanese joints in the city are in the San Gabriel Valley, where a large population of Asian-Americans live). When the restaurant opened this past summer, Ku and Tsai turned down the opportunity for a TV interview. "We told them we're really awkward in front of the camera," Ku says. "I think I would've been twitching the whole time." She adds, "We're not looking for celebrity status. We get a lot of regulars here, and we want to be part of the local community." 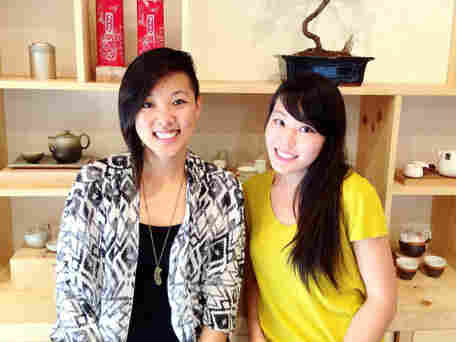 "You either eschew it or embrace it," says Vietnamese-American restaurateur Diep Tran (no relation to Thi Tran), of the public's fascination for high-profile celebrity chefs. She's the proprietor of Good Girl Dinette in Highland Park, a hip retro-style diner that serves Vietnamese comfort food. With a shrug, she surmises that certain Asian-American men in the business do choose to embrace the spotlight, and more power to them. Despite the glitter surrounding some of these chefs, however, she isn't convinced that they've arrived. "You can count on one hand the number of these Asian-American guys," she says. "But there are so many white chefs, it wouldn't even encompass one conversation."

Niki Nakayama, for one, is sanguine about a cultural shift in the industry. At a recent event where she met with a number of culinary students, Nakayama felt excited to see "so much more ethnic diversity, and an equal number of men and women," compared with her own experience of attending the Southern California School of Culinary Arts (now a part of Le Cordon Bleu) years ago. With a wry smile, she says, "Hopefully soon, people won't automatically think of the 'chef' as a big burly white guy."

Jean Ho is a freelance writer in Los Angeles. She tweets at @jeanho.