Accessibility links
Apps Make Googly Eyes At Riders Tired Of Being Snubbed By Cabbies : Code Switch Ride-sharing apps like Uber and Lyft have put a serious dent in the traditional taxi market and are pitching themselves as alternatives to traditional taxis that often pass by passengers of color. 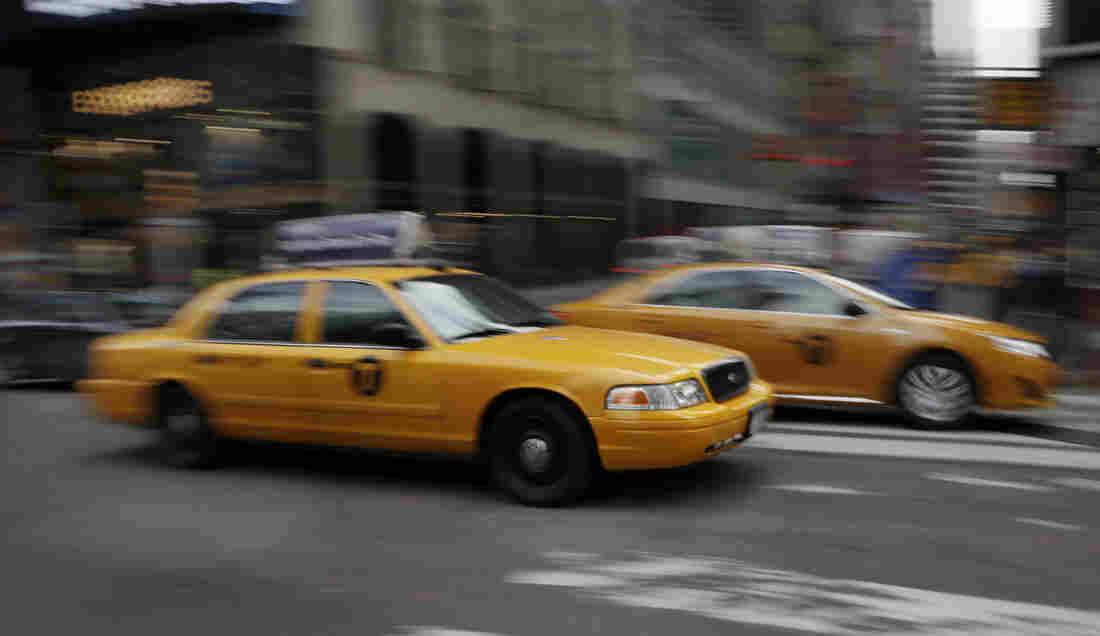 Cities like New York and Washington, D.C., have strict penalties for taxi drivers who don't pick up passengers based on their race or destination. But some investigations show that drivers routinely pass up black and brown customers. Richard Drew/AP hide caption 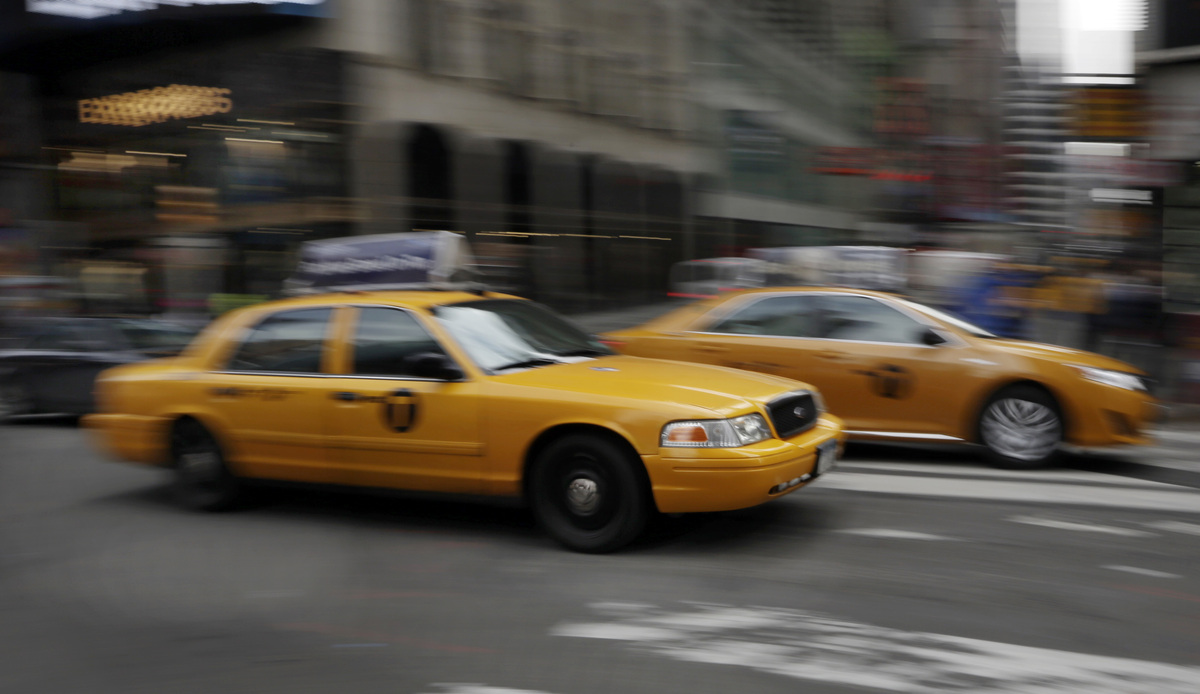 Cities like New York and Washington, D.C., have strict penalties for taxi drivers who don't pick up passengers based on their race or destination. But some investigations show that drivers routinely pass up black and brown customers.

Beware: Your Uber Ride May Come With A Side Of Oversharing

One night last fall, I was walking through Chinatown in Washington, D.C., with my friend Terryn. We were not far from a dude who was in his mid-20s — slim, with neat, shoulder-length locks, skinny chinos, loafers and a leather briefcase slung across his torso — standing on the corner, his arm raised skyward. He was trying without luck to hail a cab.

That doesn't mean there weren't cabs around; in fact, there was one a few feet from him, waiting at the light with an empty back seat and its "For Hire" sign turned on. The driver gave the young man a hard, thorough once-over before turning his head away as if he hadn't seen the hail — as if we all hadn't seen him see the hail. The light turned green. The taxi driver pulled off.

Skinny Pants Guy looked at Terryn and me. He pointed to his chinos.

"If I was carrying a gun, where could I even hide it?" he said to us in exasperation. We all chuckled and shook our heads with more than a little shared resignation and recognition. But now, to avoid these curbside dramas, Skinny Pants Guy and a whole lot of other black and brown folks can turn to ride-sharing apps like Uber and Lyft. A few taps on your phone, and boom — a livery driver or someone in his own car picks you up in a few minutes at your location. These services are touting themselves as providing all the conveniences of a car but none of the headaches, including profiling by race and location. "With 4 in 10 Uber trips starting or ending in neighborhoods underserved by taxis, Uber is ensuring that no rider is rejected because of who they are, where they live or where they want to go," Taylor Bennett, an Uber spokesman, told me on Monday.

Many people of color are embracing these services as a way to avoid discrimination from traditional taxicab drivers. There's more than anecdotal evidence that that discrimination is widespread. A yearlong investigation by a local reporter in Washington, Russ Ptacek, found last year that taxicab drivers were significantly less likely to stop for black fares than for white fares who were dressed the same.

This type of profiling isn't just an inconvenience; it's also humiliating. When I discussed this issue on Twitter with some Code Switch followers a few months ago, dozens of black and brown folks chimed in with their own taxi stories. There was a lot of standing in the rain for long stretches, a lot of being late to appointments or to pick up kids, and a whole lot of cursing.

There are mechanisms already in place to curb discrimination among taxi drivers. "We enforce against 'refusal to haul,' " Neville Waters, a spokesman for the Washington taxi commission, told me. "There are significant fines for that." In New York City, cab drivers who are caught repeatedly refusing fares because of things like the passenger's race or destination run the risk of having their licenses suspended.

In fact, it's traditional taxis that are now claiming discrimination — that they're being treated unfairly because they can't compete with services like Uber and Lyft, which aren't subject to the same government regulations and can thus charge riders less.

"You don't give advantages to one industry and oppress, take other people's livelihoods or jobs by regulating them and deregulating their competitors," Hailu Asrhu, a 30-year veteran of the cab industry, told The Huffington Post. "We're not at a position for competition. Competition has to play a fair game," Asrhu added. "I want regulation or deregulation for everybody — equality and equally for everyone."

And it's not just taxi drivers who are upset. Uber and Lyft maintain that they are in the business of technology and not transportation; their drivers aren't employees of Uber or Lyft but independent contractors. There's already been a substantial amount of grumbling from Uber and Lyft drivers across the country about how this setup doesn't allow them to earn a minimum wage or afford them many workplace protections. Some drivers have complained that they never see any of the money from tips that Uber tells passengers are included in their fares.

Still, lots of folks who might be uneasy with those labor realities might have a hard time showing support for those taxi drivers. Part of that might be ideological, because why would you rally behind people who've shut you out of their market? But a big part of that is practical, because how could you even pay drivers when they've shut you out of their market? The economic logic for many cabbies was always sort of bizarre — they'd really rather no fare than Skinny Pants Guy's fare — but as more and more passengers divert their attention to those apps, they might have no choice but to reconsider that calculus.