Accessibility links
Today's Irish Dancers Step Away From Stereotype : Code Switch If you haven't been paying attention to Irish dancing since Riverdance, you might be surprised by the ethnic diversity on display as the All Ireland Dancing Championships kick off this week.

When Riverdance debuted 20 years ago, Irish step dancers — whether citizens of Ireland or any other country — looked, well, stereotypically Irish. The red-haired, freckle-faced lass doing a jumpy jig still comes to mind for many. But the All Ireland Dancing Championships, currently underway in Dublin, will show how that image no longer reflects the reality.

Take the current Irish dance "it" girl, Julia O'Rourke. She was born in New York, and has Filipino and Irish ancestry. At age 15, she is a two-time world champion and star of the Irish dance documentary Jig. That film follows dancers from around the world who are training for and traveling to the 2010 World Irish Dancing Championships.

"I really hope that I helped change that stereotype," O'Rourke says. "[Ethnicity] really doesn't matter anymore. It's how you dance." She points to the success of her friend and dance classmate Melanie Valdes, whose father is Cuban-American. "There have been so many dancers to join the community who are only part Irish or not Irish at all," O'Rourke says, "and they've really made an impact."

"I don't think the judges even react to it anymore," says Valdes, who has also swept titles at major competitions, capturing gold at the world championships twice. "It's all about the dancing."

For the most part, O'Rourke agrees, insisting that she has never been treated badly because of what she looks like. If anything, it has helped. "Because my look is different, my face doesn't look like a typical Irish girl, it might pop out a little more to the judges," she explains.

But diversity wasn't always so welcome.

Joel Hanna, 36, started Irish dancing in the mid-1980s. The Vancouver native, born to an Irish father and Filipino mother, excelled as a competitor in the world's largest Irish dance organization, An Coimisiún le Rincí Gaelacha (CLRG), winning international titles in the 1980s and '90s.

At the time, though, Hanna was one of only a few biracial dancers competing at the elite level. Everybody knew it, and a few wouldn't let him forget it.

"A kid doesn't want to be different," he says. "There's no real group you fit into. In the Philippines, I was a white kid. In Ireland, I'd be called 'Tony's little Chinese boy.' " Tony was the first name of Hanna's dance instructor. Hanna says he's not sure if the jabs were meant to be malicious, but they had no negative effect on his success in the competitive circuit.

"If [my ethnicity] was such a big problem, would that have happened? Would I have placed at national and world championships?" he asks.

Hanna recalls when he and Tokiko Masuda, who is half Japanese and half Irish, showed up at the World Irish Dancing Championships in Ireland. "It was kind of a joke, but we were really the first visible minorities who were prominent Irish dancers," he says. "It was a big thing."

A lot has changed since Hanna competed. Today, non-Irish dancers vastly outnumber the Irish. Currently, there are about 500 certified CLRG teachers in Ireland. Outside of Ireland, there are more than 1,500. One of them is Darya Markosyan, who teaches at dance studios across Russia.

Markosyan can personally attest to the rapid growth of Irish dance in new territories. In just six years of teaching, she went from showing beginners the basics to sending multiple dancers to the world championships.

"I think there will be more from non-Irish Irish dancing countries," Markosyan says. "It will be less obvious to know these dancers are from outside 'normal' Irish dance countries."

Now, some members of the Irish dance community see a distinctive look as an advantage. Drew Lovejoy, a now retired two-time world champion, is biracial and identifies as African-American. Nineteen-year-old Lovejoy, known for sporting hot pink shirts in competition, says his unique appearance gave him confidence on stage because it set him apart. He jokes that his skin tone allows him to pull off a different color palette completely. 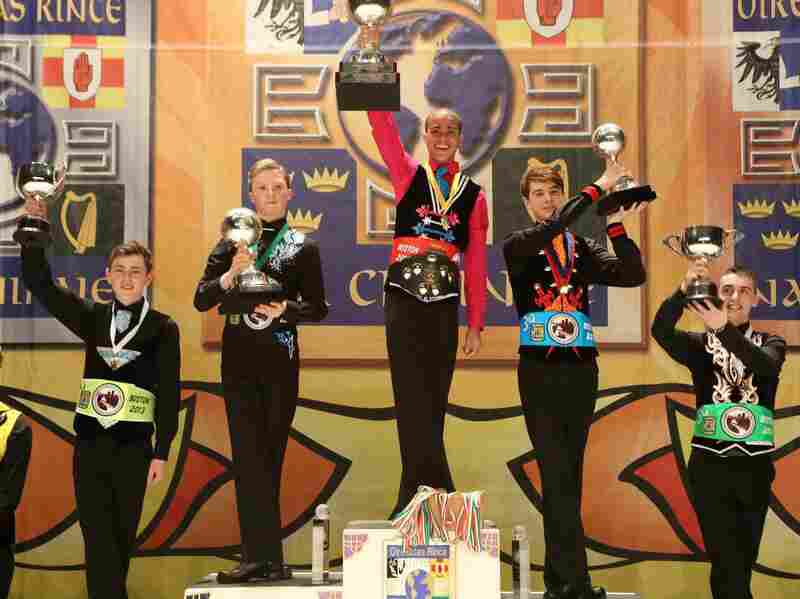 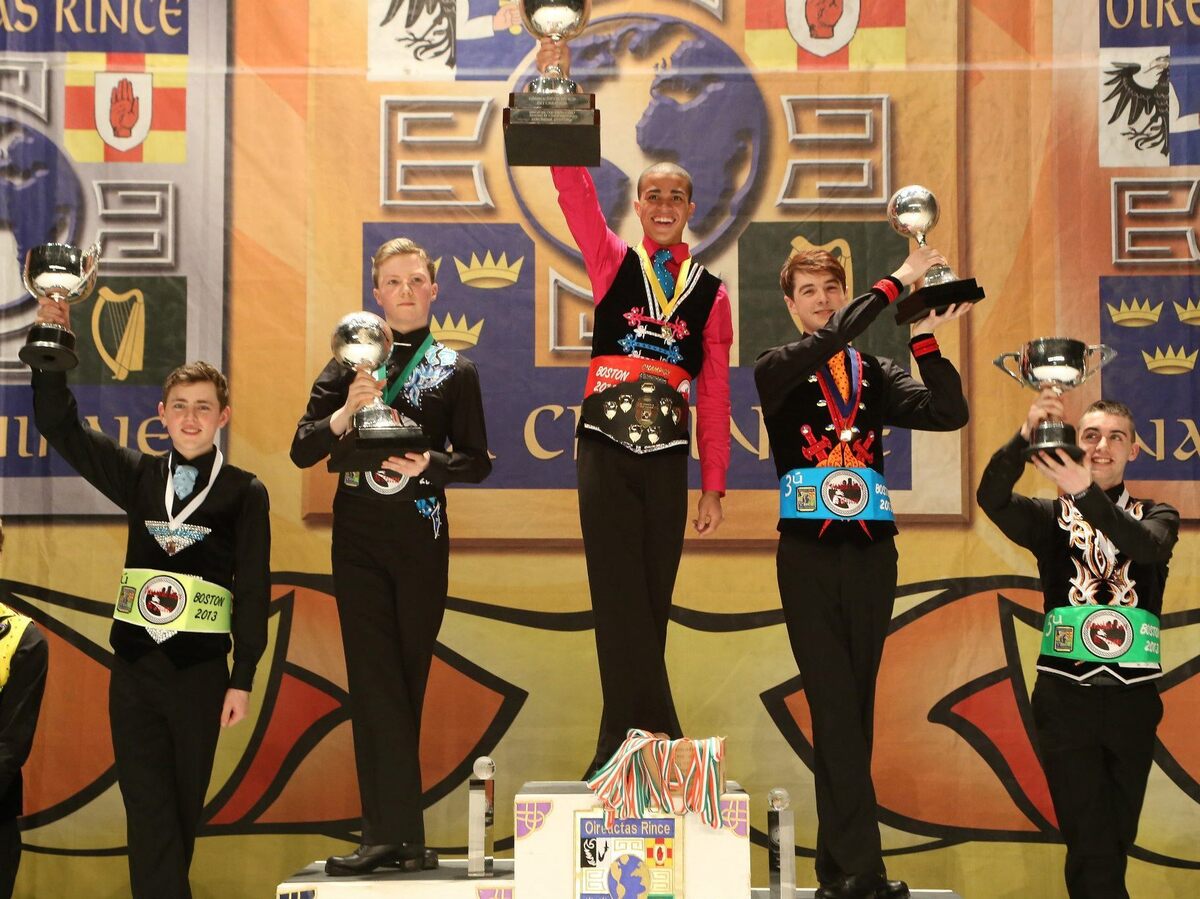 Brown skin is something that modern-day Irish dancers have come to covet, to the point that many now douse themselves in spray tan before big competitions. CLRG's public relations officer and sanctioned competition adjudicator Dearbhla Lennon says darker skin — or a bit of fake tan — helps under the vibrant stage lights of competition.

"When you have one girl on the line with nice, tan legs, as opposed to pasty white, the glow looks better," Lennon says. "But once they start dancing, you immediately look to their feet. Feet are feet. It has absolutely zero to do with color of those feet."

An earlier version of this post said that Joel Hanna won international titles in the late 1980s and early 1990s. Hanna won titles through the 1990s.