Accessibility links
Why Corporate Executives Talk About 'Opening Their Kimonos' : Code Switch The phrase has become a term of art in business jargon, used anytime a company discloses insider information. How did this item of clothing achieve such currency in such an unexpected context?

Why Corporate Executives Talk About 'Opening Their Kimonos'

Why Corporate Executives Talk About 'Opening Their Kimonos' 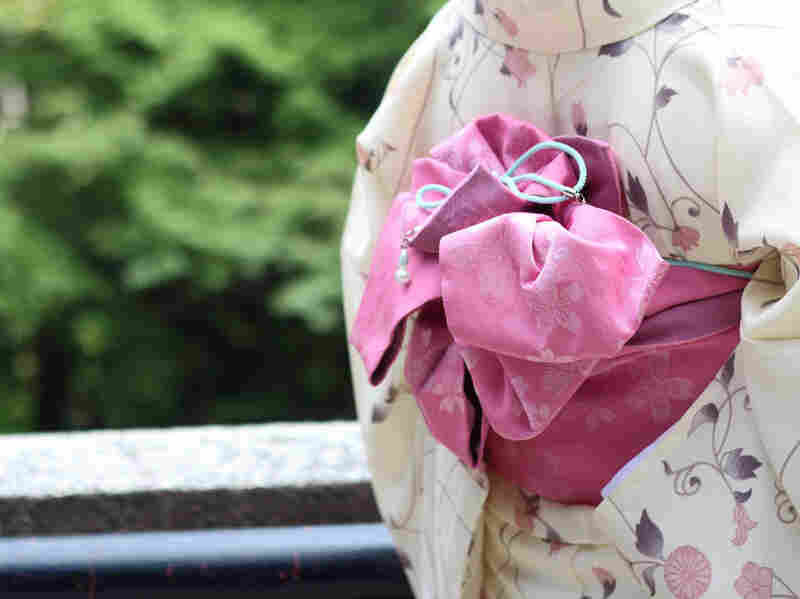 Lurking behind this giant pink bow may be a ruthless executive who's decided on a policy of corporate transparency. Calvin YC/Flickr hide caption 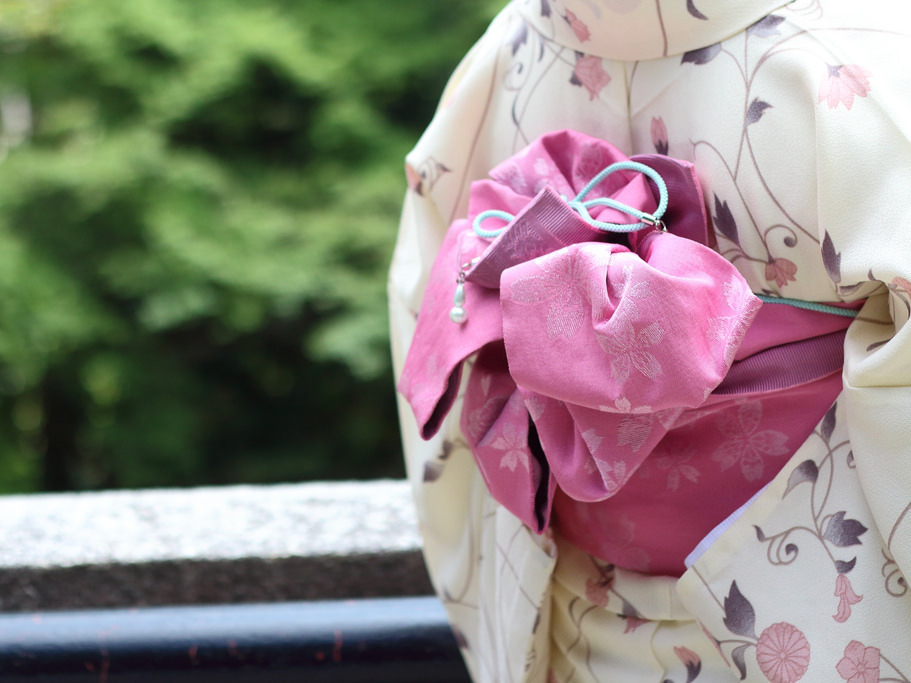 Lurking behind this giant pink bow may be a ruthless executive who's decided on a policy of corporate transparency.

As business jargon goes, there are certainly duller expressions than "open the kimono."

Translation: To disclose information about the inner workings of a company.

The most widely scrutinized recent example came in 2012, when Jamie Dimon of JP Morgan Chase said his company was "open kimono" with regulators. Here's a more recent usage, from Marie Claire in April: "Should Netflix finally open the kimono to reveal its ratings and demographic figures, we may finally have our proof that girls really do rule."

Every few years, it seems someone feels compelled to say the phrase is making a comeback. Back from where? From when? In 1998, The New York Times' Steven Greenhouse explored the corporate idioglossia of Microsoft. Here's his entry for "open the kimono":

"A marvelous phrase of non-Microsoft origin, probably stemming from the rash of Japanese acquisitions of American enterprises in the 80's, that has been adopted into the Microspeak marketing lexicon. Basically a somewhat sexist synonym for 'open the books,' it means to reveal the inner workings of a project or company to a prospective new partner."

Like most online musings on the phrase, this one guesses at a rough time of origin but cites no evidence. Go down the search-engine rabbit-hole and you'll see references to the '70s and '80s, but either nonexistent proof or dead links. Whatever decade it comes from, plenty of people wish it had stayed there.

Forbes included "open the kimono" in a "Most Annoying Business Jargon" bracket, wherein Bruce Barry, a professor at Vanderbilt University's Owen School of Business, calls it "kind of creepy."

The idea of a corporation wearing clothes is kind of creepy, because the idea that corporations are people is creepy — as is the idea that showing skin equates somehow with sharing information. Did you write the company secrets on your chest in Sharpie or something?

Greenhouse calls it "somewhat sexist" — and there's probably a reason it's "open the kimono" and not "drop the trousers" — but a kimono is technically a unisex garment. That doesn't mean the phrase isn't read in a gendered way.

In a seething post titled "'Open the Kimono' Needs to Die," a blogger known only as "erika" calls it "a noxious phrase which manages to be both racist AND sexist." To wit:

The metaphor relies on the Western myth of the geisha: a perfectly demure, subservient sex slave, who masks her physical attributes with a big baggy kimono. It is superficially salacious, then, to invoke the geisha in a business context."

(Let us pause briefly here to allow our eyes to finish rolling.)

Similarly, "the use of the kimono in films and books was often to cast doubt on the morality of the woman wearing the garment," according to Sonia Jarvis, distinguished lecturer at Baruch College School of Public Affairs. "The early imagery equated kimono-wearing geishas with prostitutes. ... The later images expanded to include western women of questionable morality as well." (Seeming to support this notion, "open the kimono" makes a cameo in a Supreme Court case from 1914 involving a wife's alleged infidelity.)

So there is certainly a gendered dimension to the kimono in the West. But is "open the kimono" a racist phrase, exactly? Well, it can certainly lead to, shall we say, racist-adjacent behaviors like white guys dressing up in kimonos for their marketing presentations.

All of this raises the question: Does the phrase even come from Japan?

In a Quora thread titled "Idioms: Is the phrase 'open the kimono' sexist?" one user responds: "What makes it weirder is that the phrase does not have its origins in the Japanese language, and is virtually unknown in Japan. The only Japanese pages talking about the phrase have been ones wondering, like me, where the heck it came from."

According to Jarvis, the lecturer from Baruch College, "The expression 'open the kimono' actually originated in feudal Japanese times and referred to the practice of proving that no weapons were hidden within the folds of clothing."

Still, it's not clear that this sense of the expression carries over to its current usage. After all, we don't associate shaking hands with proving there are no weapons in hand.

Even if "open the kimono" doesn't come from Japan, it might come from a fear of Japan, given its predominance in business circles.

"It does make sense that this ethnically charged bit of jargon could have emerged from fears in the U.S. about the rise of Japan's economy in the '80s," Vanderbilt's Barry says. He adds that in his view the phrase is "kind of racist, frankly, especially if it is borne of fear of Japanese economic dominance."

That explanation may make sense, but like most discussion on the subject, it's basically conjecture. Unfortunately, the presumed authority on such things, the Oxford English Dictionary, hasn't updated its entry for "kimono" in a while, and makes no reference to the opening thereof.

Which brings us to The Goblin Fox and Badger and Other Witch Animals of Japan by U.A. Casal, a study from 1959 that contains this passage:

"It was believed that the wolf was shameful of sexual things, having no strong sexual instincts. He would never disclose his organ, but hide it behind his hanging tail. Should a person perchance see his sexual act, he or she would have to open the kimono and disclose his or her own organ, so as not to shame the wolf."

That is certainly interesting, but how could this possibly be the origin of the phrase in its current use? Was some mad genius business school professor making his MBA students read this obscure text to get them thinking "outside the box"? Is the wolf a wolf of Wall Street? Or something?

"No I don't honestly think biz types were pulling out some '50s Japanese folklore," Barry says. "I'm guessing its origin is like most idioms — someone said it first, and then it caught on ... but it's difficult to impossible to know who said it first."