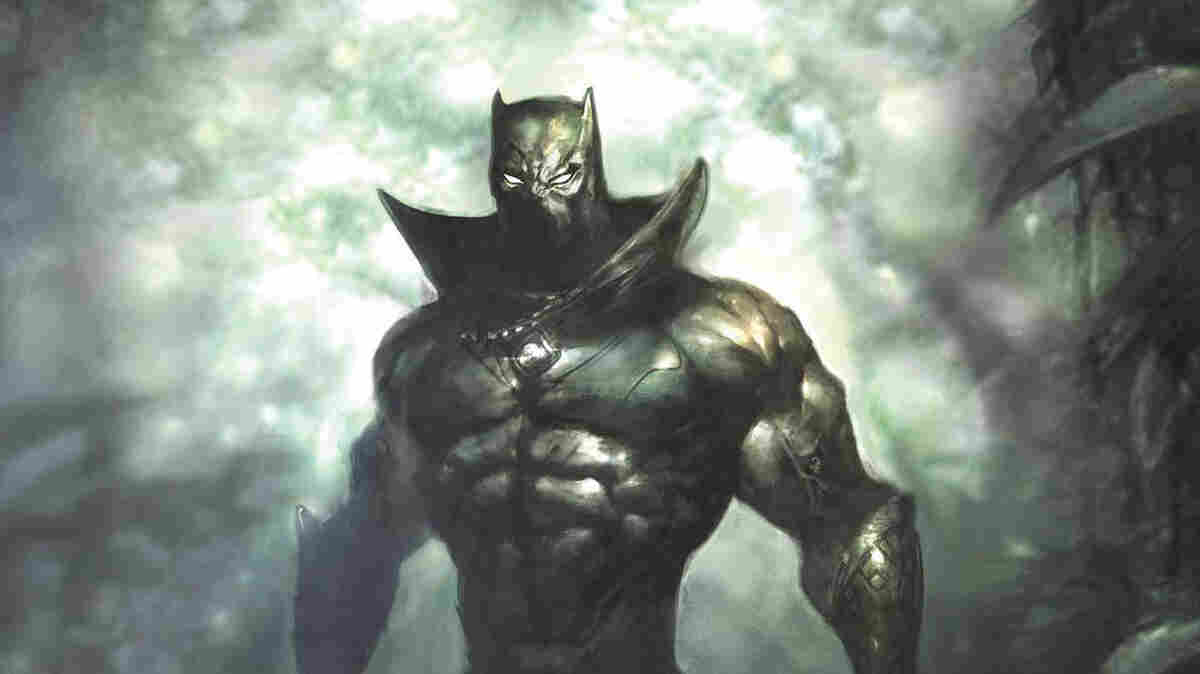 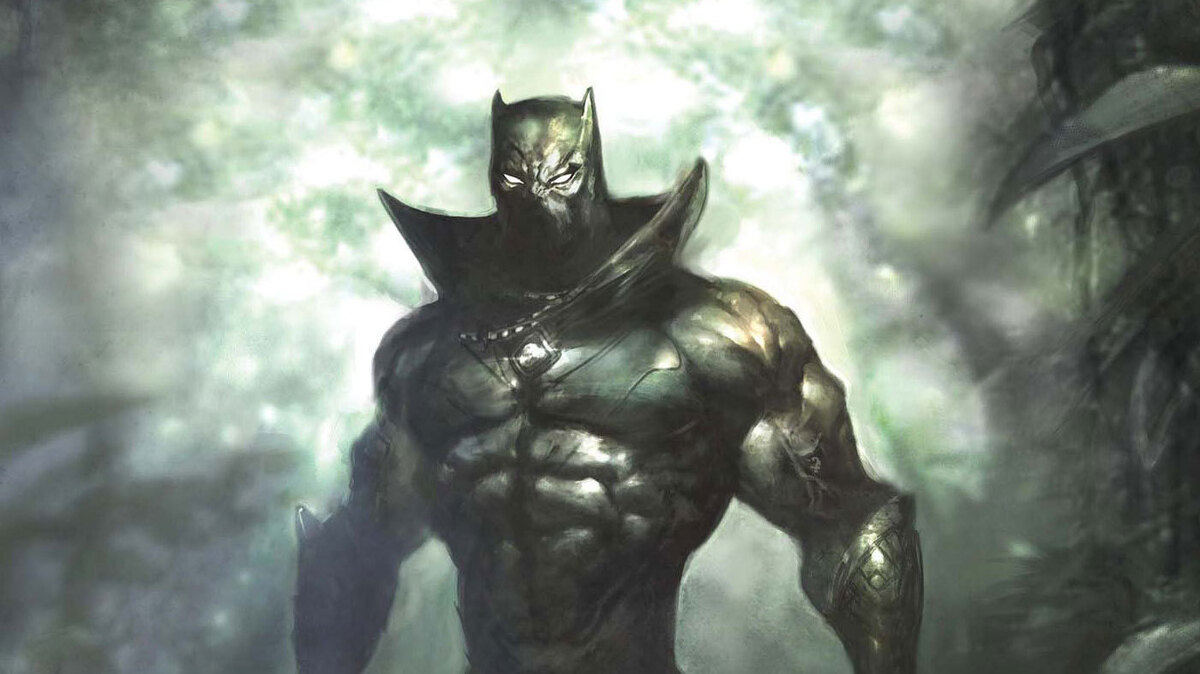 Last month Marvel Studios announced the roster for some upcoming features. In addition to Ant-Man and a female-led Captain Marvel film, Marvel's Kevin Feige confirmed that on November 3, 2017, the studio planned to release one of its longest-rumored projects: The Black Panther.

We in the nerdier parts of the Internet promptly lost our minds.

Just think of ALL the Black people we get to see in the high tech society of Wakanda in the #BlackPanther movie! Unbelievable!

I just want one line in the Black Panther movie where T'Challa talks about Wakanda's sister nation, Zamunda. With an Arsenio Hall cameo.

Origins of the Black Panther 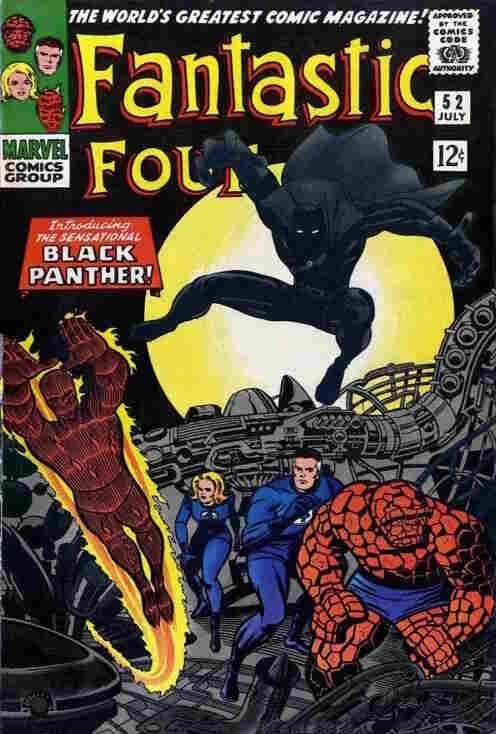 Introduced, issue #52 of the Fantastic Four as a would-be for, the Black Panther would come to be a long-time ally. Marvel Entertainment hide caption 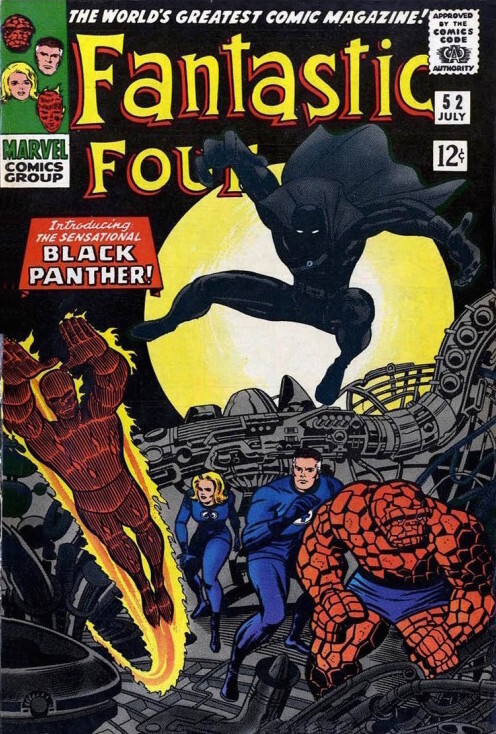 Introduced, issue #52 of the Fantastic Four as a would-be for, the Black Panther would come to be a long-time ally.

In issue #52 of the Fantastic Four, Reed Richards receives a cryptic message from the Black Panther. The message is an invitation, offering the team a chance to visit Wakanda, his secluded home country hidden away in the jungles of east Africa. After the Foursome proves their worthiness in a fight, the Panther counts them amongst his allies and asks for their assistance in defeating the nefarious Ulysses Klaw. In time, the Black Panther would come to join the Fantastic Four and other American heroes like the Avengers and the X-Men on a number of their adventures.

Created by Jack Kirby and Stan Lee in 1966, the Black Panther was a first for mainstream American comics. Unlike the few black comic book characters that preceded him, T'Challa (the Black Panther) was a bona fide superhero with powers, plot lines, and an origin story that permanently expanded and altered Marvel's comic book universe.

It'd be easy to chalk up Marvel nerds' excitement about the movie to the fact that the Black Panther, as his name suggests, is black. That's only part of it, though. In fact the Black Panther is the latest in a long line of black superheroes Marvel has brought to the big screen.

Wesley Snipes portrayed Blade in 1998 and later in the film's two sequels. Halle Berry has reprised her role as Storm in every X-Men film since 2000. Depending on which of the Iron Man films you're watching, either Terrence Howard or Don Cheadle is moonlighting as War Machine. Most recently, Anthony Mackie played sidekick to Captain America as the Falcon.

The thing that makes the Black Panther exciting isn't really his race, it's where he's from – the great nation of Wakanda. 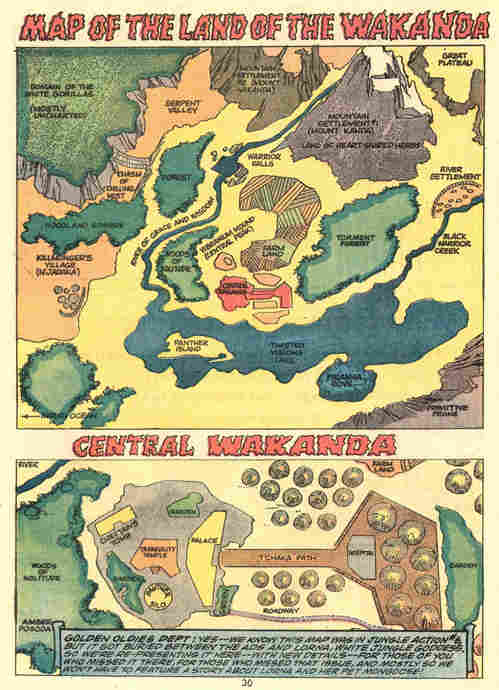 A secretive and isolationist country, Wakanda possesses the world's largest deposit of vibranium, a vibration-absorbing metal that is exceedingly valuable for its technological applications. (It's also the substance that composes Captain America's shield.)

Wary of conflict and foreign exploitation, Wakanda shut out the rest of the world, choosing instead to become a largely self-sustaining society. Through Wakanda, Marvel toyed with and subverted stereotypical depictions of Africa as "wild" or "exotic." Instead, Wakanda was a futuristic African nation that had never been conquered or touched by colonialism.

Depictions of Wakanda have varied over the years, but the country is consistently described as a technological mecca built on a foundation of magic and metal. Disease and poverty are eclipsed by scientific innovation and economic prosperity. Put simply, Wakanda is the perfect example of Afrofuturistic science fiction.

Afro Sci-Fi Visions of the Future 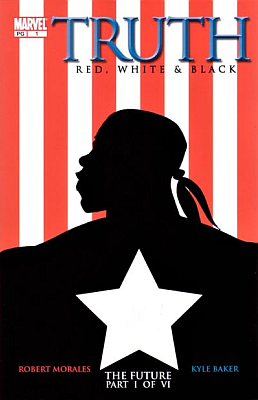 In his 1994 essay "Black To The Future," Mark Dery first coined the term "Afrofuturism." As a style, the term refers to art that explores the experiences of black people through science fiction. Dery describes it as a way of remixing reality. An Afrofuturist reading of the transatlantic slave trade becomes an epic tragedy about alien abductees. Truth: Red, White, and Black reimagines the Tuskegee Experiments as tests for the same supersoldier serum that created Captain America.

Artists like Octavia Butler, Sun-Ra, and George Clinton all incorporated Afrofuturist themes into their writing and music. Their stories of alien peoples and interstellar travel paved the way for contemporary artists like Outkast and Janelle Monae. Almost every one of Monae's songs tells the story of Cindi Mayweather, a time-traveling android on a mission to liberate her people. The cyborgs in her music videos not only have black faces, but also a recognizably black relationship to a society that views them as soulless automatons.

As a subgenre of science fiction, Afrofuturism has never enjoyed the same kind of widespread popularity as steam- or cyberpunk. In 1976, Richard Pryor famously riffed on Logan's Run, a dystopian vision of the future, that was conspicuously devoid of black faces. That absence in mainstream sci-fi, according to comic book historian Adilifu Nama, is due mainly to the cultural implications of seeing black faces in fantasy worlds.

"Afrofuturism creates a space in which blackness is equated with futurism, cybernetics and super-science," he explained. "All of these ideas undermine the trope of the urban, or the subservient, or the criminal."

Science fiction often envisions worlds where race and ethnicity have given way to one dystopian threat or another. Seeing black people in space, fighting robots and saving the world can break that fantasy for audiences.

"Blackness in sci-fi is political," Nama continued. "Rather than challenge the audience it's just easier to not depict."

And that same challenge to the audience is what makes a Black Panther film something worth getting excited about.

Unlike the fantasyscapes seen in Guardians of the Galaxy, Wakanda is grounded within a familiar, if slightly fictionalized, world. Africa (being, you know, an actual continent) fits neatly into Marvel's ever-expanding universe, and that's a big deal. We're still three years out from it, but the promise of seeing Chadwick Boseman as the sworn protector of Wakanda is cause for cautious anticipation.

Not only could Black Panther stay true to its sci-fi narrative roots, but with the full power of the Marvel hype machine, it could easily become the first truly mainstream Afrofuturist film.