Accessibility links
Serial Isn't About Ferguson. (But It's Kind Of About Ferguson.) : Code Switch In Part 2 of a roundtable on the Podcast Everyone's Talking About, Code Switch's Gene Demby says that a lot of Serial's themes echo news stories that focus attention on how our justice system works. 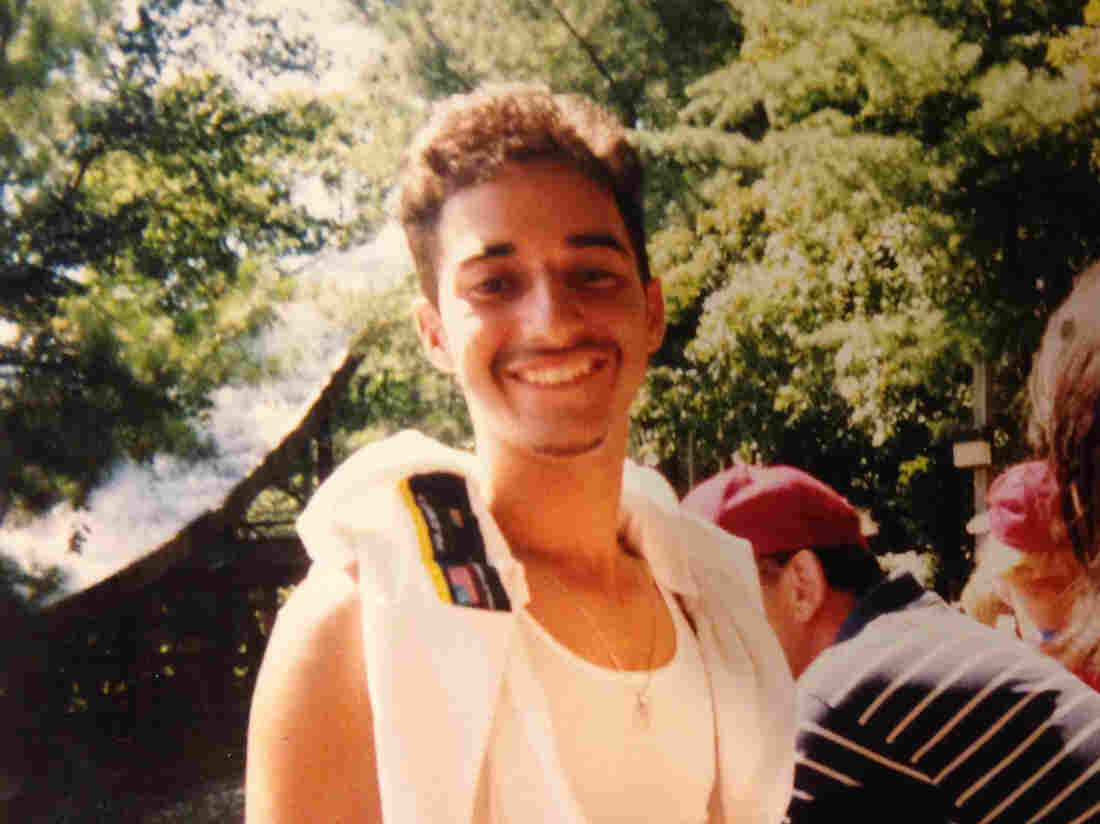 Serial focuses on Adnan Syed, who was a teenager when he was convicted of murdering his ex-girlfriend, Hae Min Lee, despite big question marks in the case. (But you almost certainly knew that already.) Courtesy of Serial hide caption 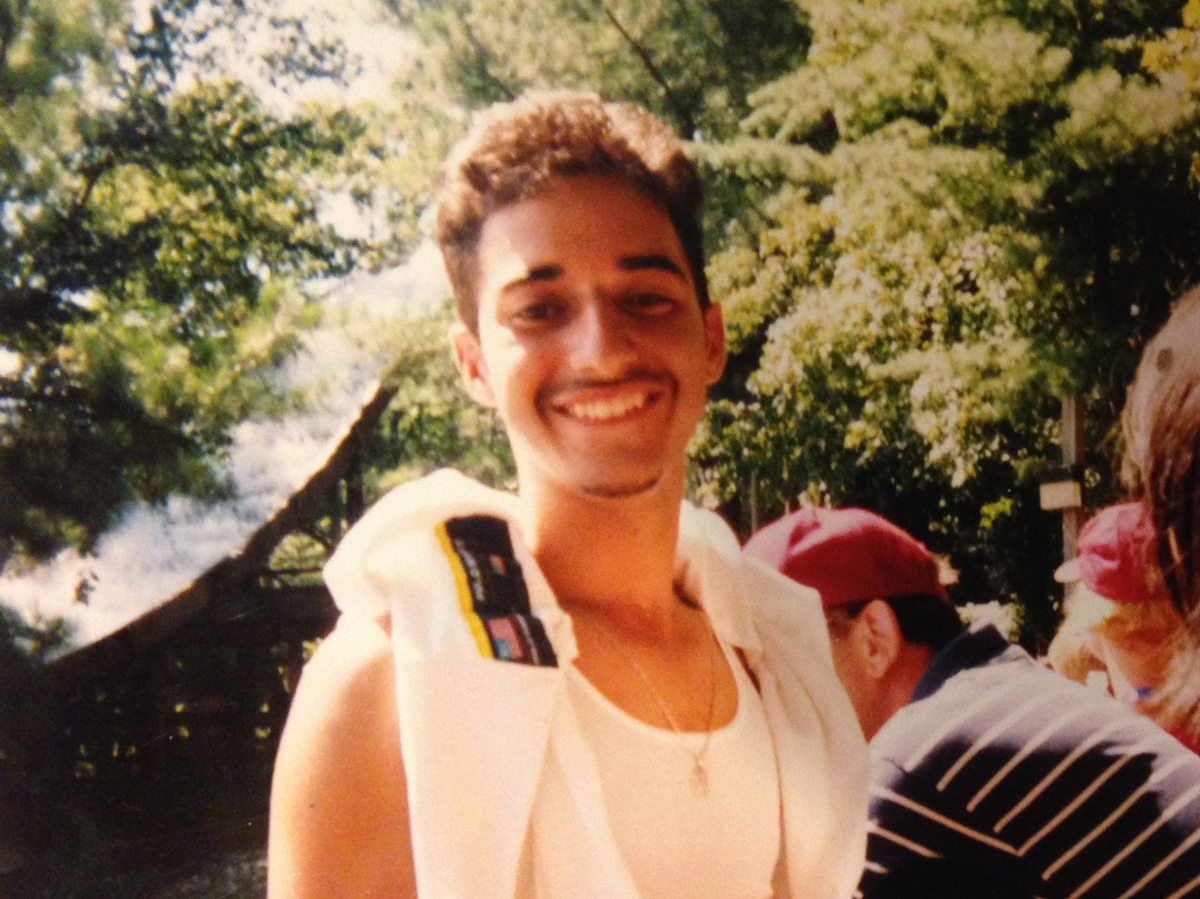 Serial focuses on Adnan Syed, who was a teenager when he was convicted of murdering his ex-girlfriend, Hae Min Lee, despite big question marks in the case. (But you almost certainly knew that already.)

As The Conversation About Serial reaches a fever pitch in certain circles, those of us behind Code Switch and Monkey See have been talking quite a bit about the show. You can read Matt Thompson's initial entry in this conversation here.

Below is the second part of our exchange, from Code Switch blogger Gene Demby.

I agree with Matt's takeaway that Serial "is a story about our system of justice working pretty much as it should, and failing miserably at providing anything that looks like justice." I think your theory inches veeeeery close to the Big Takeaway that Mike Pesca was hoping the show would avoid, but it's a landing that the show arrives at pretty convincingly. I also think it's because folks might be primed to hear that argument right now. (More on that in a sec.)

"Let's say you wanted to listen to Serial simply as a whodunit or a drama full of WTF — wouldn't you have to contort around everything else happening in our particular cultural moment to do so?"

Over the course of the series, we learn that the state's case against Adnan Syed rests mostly on testimony from his friend Jay — a witness with a shifting story and a bunch of incentives to lie — and some janky cellphone records that we now know probably aren't worth much. There's no physical evidence linking him to the crime. But even though the case against Syed is never that convincingly prosecuted (or defended, for that matter), it still ended in Syed's conviction. All of that messiness and baggage that inform its many human inputs — the police, the lawyers, the jurors, the judges, the defendants — got mashed into a definitive judgment: Adnan Syed is guilty of murdering Hae Min Lee.

We got some glaring examples of this messiness in Episode 10, "The Best Defense Is a Good Defense," when a juror in Syed's trial named William Owen said this to producer Sarah Koenig:

"I don't feel religion was why he did what he did. It may have been culture, but I don't think it was religion. I'm not sure how the culture is over there, how they treat their women. But I know in some cultures women are second-class citizens and maybe that's what it was, I don't know. He just wanted control and she wouldn't give it to him."

And another juror named Stella Armstrong said this:

"[The deliberating jurors] were trying to talk about his culture, and [in] Arabic culture men rule, not women. I remembered hearing that. ... So he had put his whole life on the line for her and she didn't want no part of it anymore."

Again, given the lack of physical evidence, it seems a lot like these suspicions about Syed — this sense that he was some violently misogynistic Muslim foreigner — did an awful lot of the heavy lifting for the prosecution in this case. And the prosecution certainly wasn't above playing to those suspicions: In a pretrial bail hearing, the district attorney argued that Syed was a flight risk because there was a pattern of young Pakistani men murdering their girlfriends in a fit of rage before they then fled to Pakistan. (She apologized to the trial judge some weeks later, because that statement was entirely untrue.)

"Still, we start with the polite fiction that 'reasonableness' as determined by our police and in our courts is objective and walled off from the wider world."

Of course, none of this means that Syed didn't kill Lee! He might have! That nagging question is the engine for the story. But let's say you wanted to listen to Serial simply as a whodunit or a drama full of WTF — wouldn't you have to contort around everything else happening in our particular cultural moment to do so? For months, our news media have been dominated by stories of people who have found themselves on the business end of our criminal justice machinery, only to have their lives upended or obliterated. Serial isn't about the meta-story we've come to call #Ferguson, of course, but, oh, the resonances.

Can you remember the last time so many people were asking questions about the mechanics of all this? About who or what constitutes "reasonableness" — as in guilt proven "beyond a reasonable doubt" or "the officer reasonably believed his life or someone else's was in danger"? There's a moment in one episode where a lawyer Koenig spoke with explained just how stacked the deck is against a defendant who has progressed to the trial stage; jurors tend to think the defendant must have done something to be standing trial and facing so many charges in the first place. In other words, jurors see the simple fact that the defendant is on trial as evidence of that defendant's guilt.

On the flip side, police are unlikely to ever stand trial for killing someone and very, very unlikely to be convicted if they are. In our criminal justice system, our broad suspicions about some segments of people are necessarily "reasonable," as is our default credulity of others. Still, we start with the polite fiction that "reasonableness" as determined by our police and in our courts is objective and walled off from the wider world — a wider world in which reasonable people disagree. A whole lot, in fact.

Ambivalence about or active distrust for the criminal justice system ain't exactly a fringe position — a Gallup poll from this summer shows that fewer than a quarter of Americans express a "great deal" or "quite a lot" of confidence in it. As Vikrant Reddy of the conservative policy group Right on Crime told me a few months ago, the plummeting rate of violent crime has changed our politics. As punishing lawbreakers has receded as a pressing national anxiety, there's now much more space for people of all ideological stripes to ask hard questions about zero-tolerance policing or harsh sentencing, and whether they're worth the attendant fiscal and social costs.

There remains a huge racial gap in confidence in the police, but the shifting center of gravity in our media and some very different generational orthodoxies mean that the distrust that people of color feel toward law enforcement has gotten a much broader airing in our mainstream media. Twitter, especially, has played a huge role in making aggressive policing and fatal encounters a priority in coverage in mainstream news outlets. (It's probably not a coincidence that the groundswell and organizing happened on Twitter, which is also much blacker than the Internet more broadly.)

As everyone keeps reminding us, we're in the golden age of podcasts, and Serial is often held up as that medium's gold standard. It's well-produced and it's really well-told. It probably would have been a hit even if the country wasn't in the middle of a contentious national debate about cops and courts — fighting over the reliability of prosecutors and witness testimony and grand juries, and rethinking who qualifies as suspicious and why. As it stands, Serial, by a fluke of its timing, is more pointed and incisive than its creators probably intended.