Accessibility links
The Walkout Protest: Past And Present : Code Switch People in Boston, Buffalo and Oakland staged walkouts this week to call attention to questionable police tactics in communities of color. The walkout has been a popular form of protest in 2014.

The Walkout Protest: Past And Present

The Walkout Protest: Past And Present 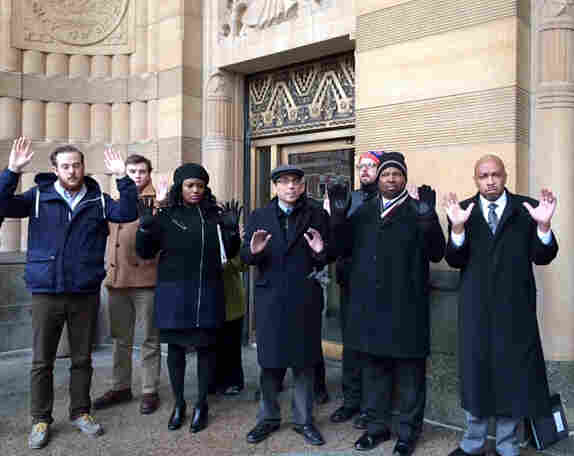 Workers at Buffalo's City Hall staged a walkout on Wednesday to protest the recent grand jury decisions to not indict white police officers in the deaths of Michael Brown and Eric Garner. This follows a week of walkouts around the country to draw attention to troubled relations between police and communities of color.

In Boston on Tuesday, high school students marched through downtown and then gathered in front of the State House. They held signs and chanted, "Hands up, don't shoot." Washington, D.C., City Council workers also walked out. In Oakland, Calif., high school students left classes on Monday, rallying outside Fruitvale Station, where Oscar Grant III, an unarmed African-American man, was fatally shot by a transit police officer in 2009. Just last week, over 100 congressional staffers staged a walkout on the steps of the U.S. Capitol.

Aldon Morris, a professor of sociology and African-American studies at Northwestern University, says there is power in a walkout, especially one that targets a powerful body like the U.S. Congress. "Walking out on the steps of the Capitol demonstrates that there is something so inconsistent going on with democracy that even people working in institutions of democracy have had to stop doing business as usual and come out," he says. 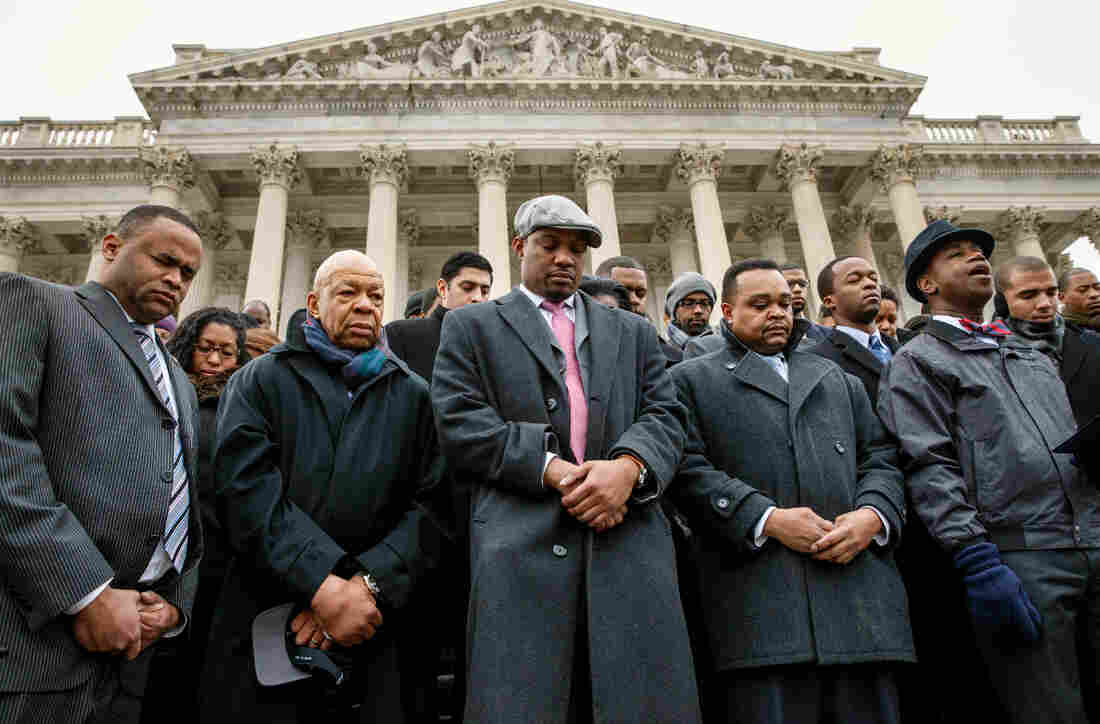 Congressional staff members gather at the Capitol to raise awareness of the recent killings of black men by police officers, both of which did not result in grand jury indictments, on Dec. 11. They are joined by Rep. Elijah Cummings, D-Md. (second from left), and Senate Chaplain Barry Black (far right). J. Scott Applewhite/AP hide caption 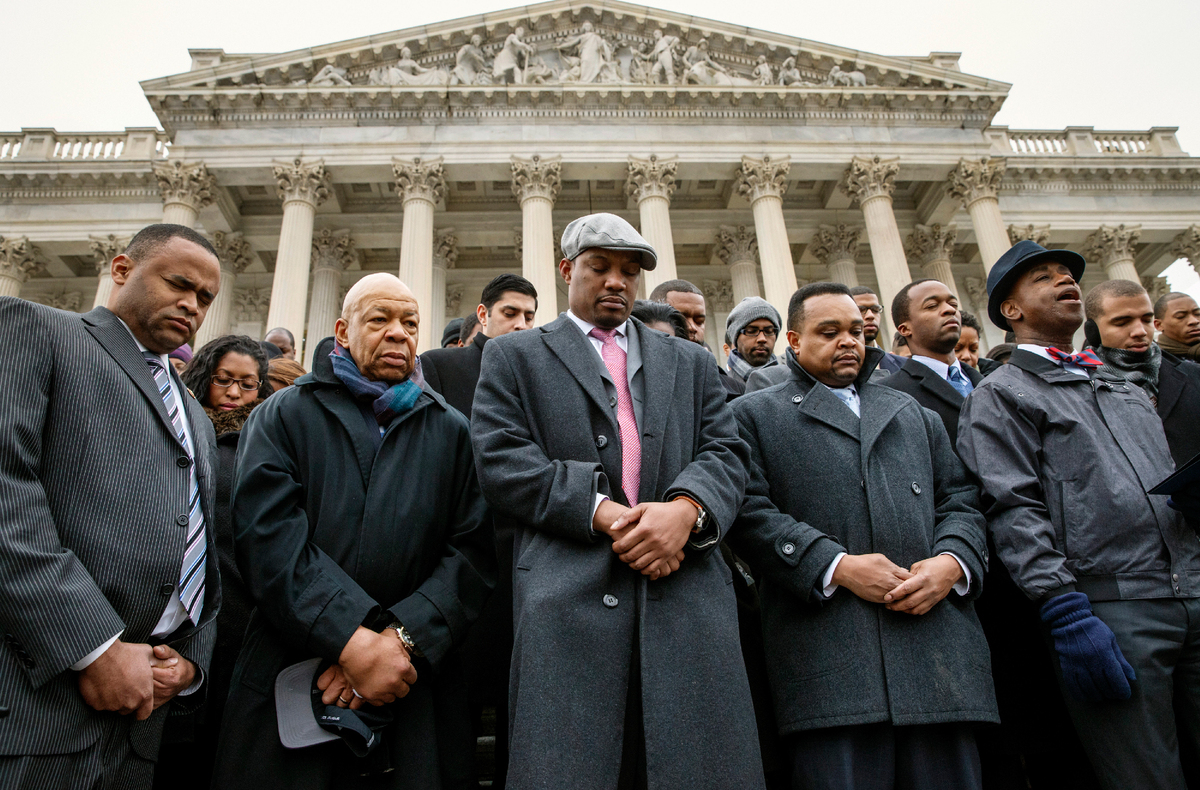 Congressional staff members gather at the Capitol to raise awareness of the recent killings of black men by police officers, both of which did not result in grand jury indictments, on Dec. 11. They are joined by Rep. Elijah Cummings, D-Md. (second from left), and Senate Chaplain Barry Black (far right).

Walkouts have been a mainstay of student activism for decades. In early March 1968, more than 15,000 students, most of Mexican descent, walked out of high schools in East Los Angeles. It was part of a series of demonstrations, with students demanding bilingual and bicultural education programs, changes in curriculum to teach a more complete history of Mexican-American contributions and people, and the hiring of more teachers and staff of Mexican descent.

Carlos Muñoz, a professor emeritus of ethnic studies at the University of California, Berkeley, was one of the 13 organizers who were arrested on conspiracy charges in the aftermath of the walkouts. "Political issues of Mexican-Americans came on the agendas of local, state and federal governments. We were 'discovered,' and we expanded the paradigm of race in this country," he said.

The walkouts were one the first major protests by Mexican-Americans and helped launch the Chicano civil rights movement. The movement also inspired the 2006 HBO film Walkout and was echoed that same year in a series of walkouts tied to immigration rights.

Aside from controversies over police conduct, many recent walkouts have been inspired by labor rights and education issues.

December: Fast-food workers in the East Bay Area walked off their jobs this month to demand higher wages. Many of these demonstrators — who work at chains including Taco Bell, Burger King and McDonald's — staged protests last year and again in March. 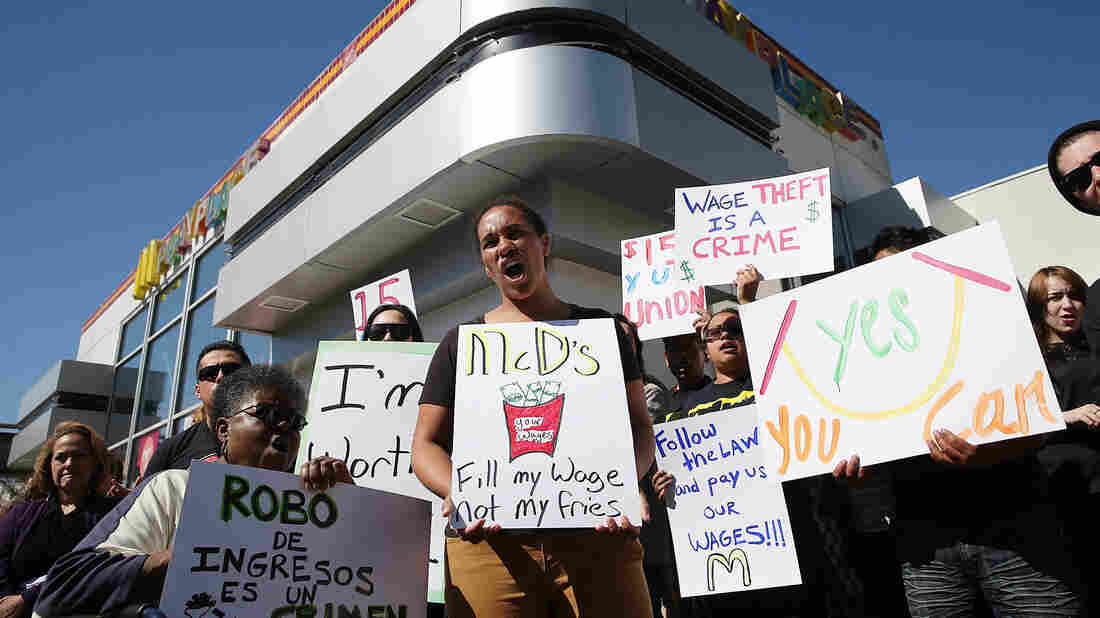 Fast-food workers and activists protest outside a McDonald's restaurant on March 18 in Oakland, Calif., as part of a nationwide series of protests against McDonald's labor practices. Justin Sullivan/Getty Images hide caption 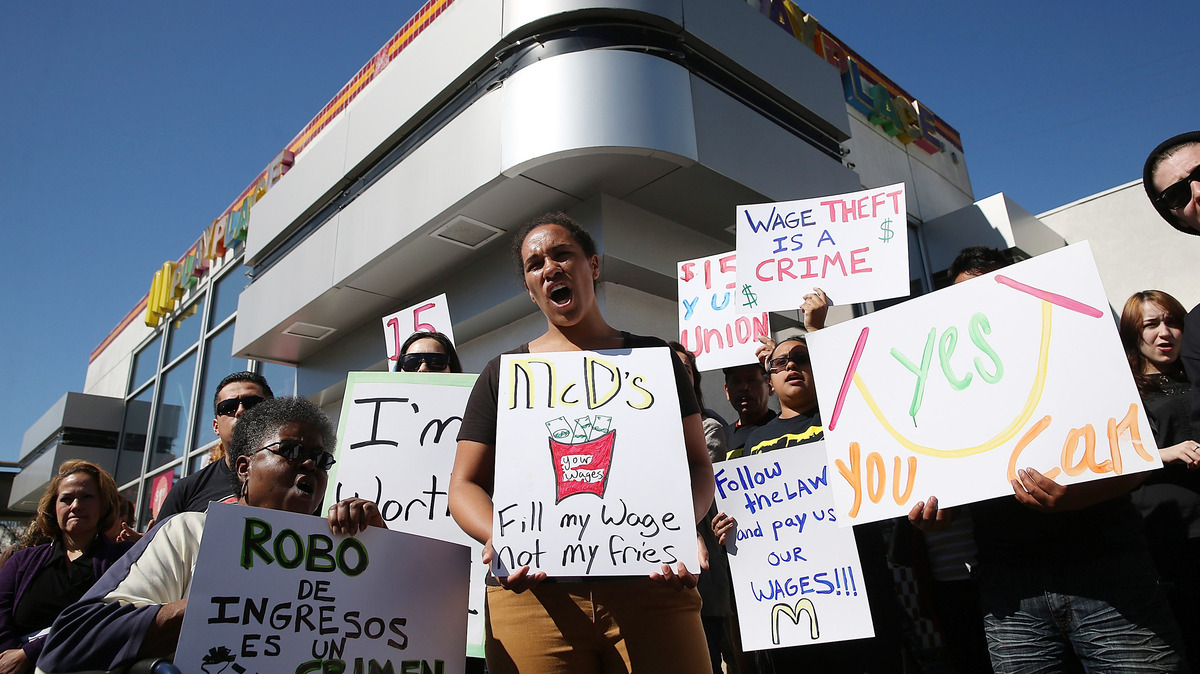 Fast-food workers and activists protest outside a McDonald's restaurant on March 18 in Oakland, Calif., as part of a nationwide series of protests against McDonald's labor practices.

October: Students at the California Institute of the Arts walked out to protest the way the school handled the alleged rape of a student. The school found the accused man responsible for the assault and suspended him for one year.

September: Students and teachers in Jefferson County, Colo., staged multiday walkouts and protests over a school board proposal to change the AP U.S. history curriculum to "present positive aspects of the United States and its heritage" and "promote citizenship, patriotism, essentials and benefits of the free enterprise system." Despite vocal protests, the board passed the proposal to change its curriculum in October.