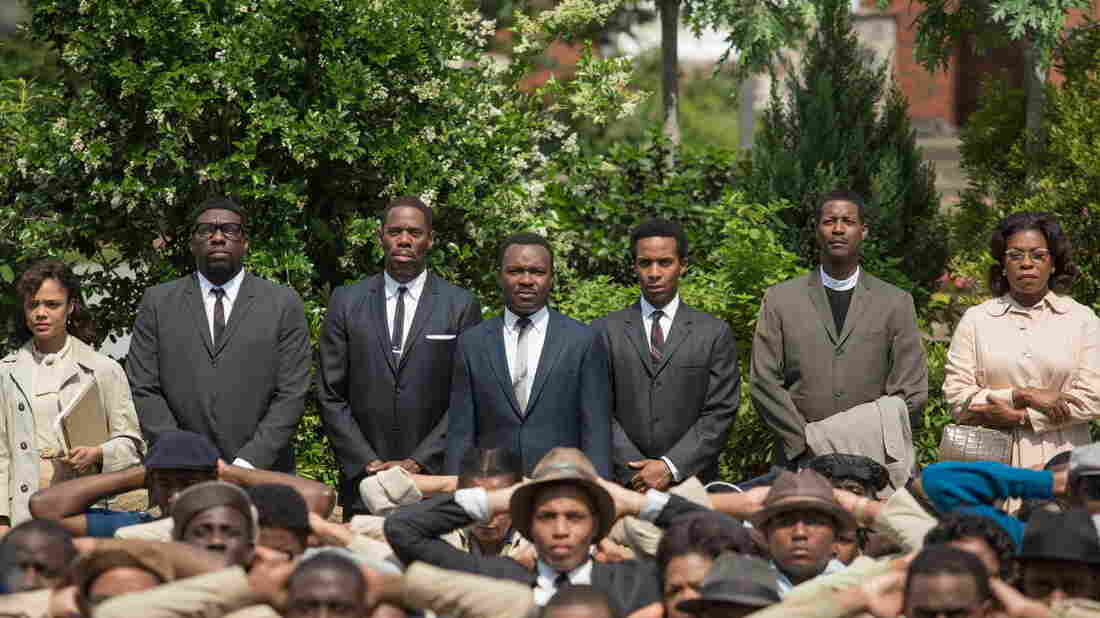 The film Selma stars David Oyelowo (center) as Martin Luther King Jr., and focuses on several unsung activists in civil rights history. But critics say it distorts the role of President Lyndon B. Johnson and others. Paramount Pictures hide caption 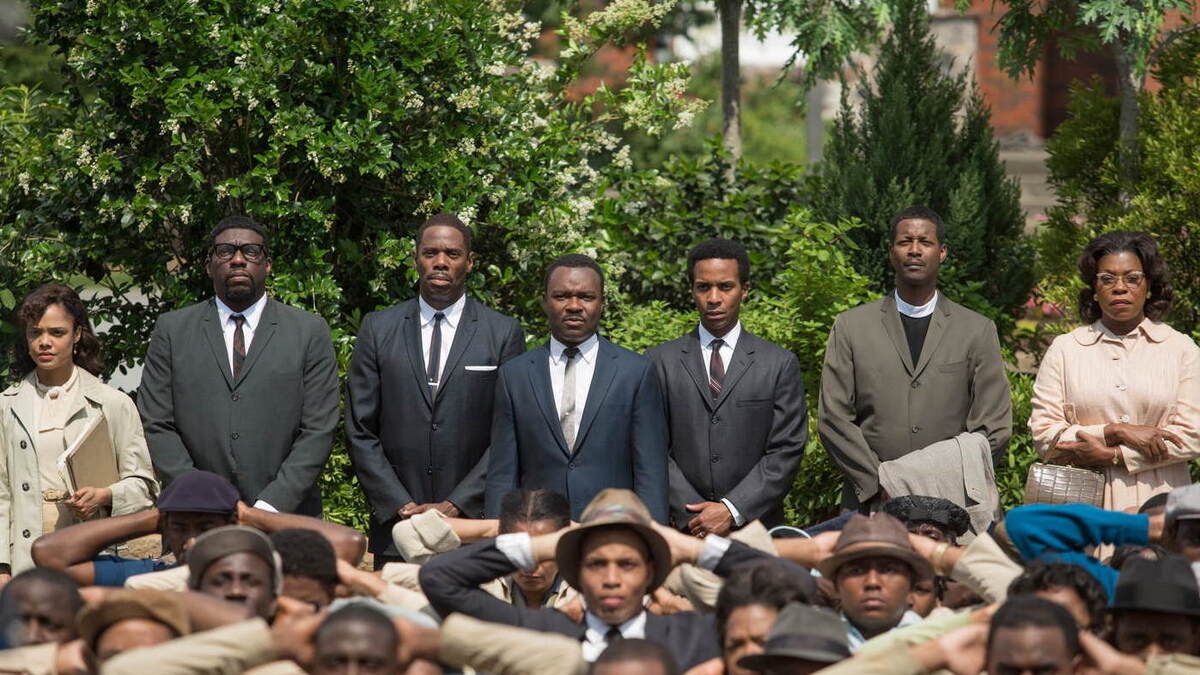 The film Selma stars David Oyelowo (center) as Martin Luther King Jr., and focuses on several unsung activists in civil rights history. But critics say it distorts the role of President Lyndon B. Johnson and others.

Ava DuVernay's Selma is a cinematic masterpiece that depicts one of the most important episodes in civil rights history. The film presents history as a kaleidoscope, documenting the roiling Selma-to-Montgomery demonstrations that turned Alabama into a national symbol of racial violence and injustice in 1965. Many movie critics have enthusiastically praised Selma for its complex and intelligent screenplay and direction. David Oyelowo's extraordinary performance as King anchors a movie of unusual depth and breadth.

But Selma's treatment of President Lyndon B. Johnson has sparked a controversy that could threaten the film's legacy and, in the short term, its chances for prestigious awards. As portrayed by British actor Tom Wilkinson, LBJ is a beleaguered president and is — at times — exasperated with King on the issue of voting rights. Historically, LBJ and King formed an effective political relationship on the issue, although real tensions emerged between the two men when Johnson suggested that voting legislation be pursued later, rather than earlier, in the congressional session. Johnson feared that an immediate push for the black vote would undermine his ambitions for a "Great Society." Selma's script hews close to the historical record on this point. Still, the unsympathetic portrayal of Johnson suggests a president who was an antagonist on voting rights rather than a supporter.

The hyperbolic response from some critics includes the outrageous (and false) assertion that the Selma protests were actually Johnson's idea, and suggestions that the film's portrait of Johnson should disqualify it from awards (read Oscar) consideration.

"Our popular reimagining of the civil rights movement is that it's something we all did together and the battle is over; that's just not true."

A new line of criticism outlined in the Jewish Daily Forward argues that Selma disfigured the historical civil rights movement by "airbrushing" Jewish allies from the film. That's an argument that would carry more weight if DuVernay had focused on other moments in civil rights history, like Freedom Summer, when white and Jewish allies played a more prominent role. The events depicted in Selma were driven largely by the African-American activists portrayed in the film.

Many prestigious movies take dramatic license with historical events. Films are not scholarly books. For example, Steven Spielberg's acclaimed film Lincoln erases the iconic abolitionist Frederick Douglass from the story, even though Douglass met with President Lincoln three times, including once during the period the film chronicles. Screenwriter Tony Kushner and director Spielberg made the hard creative choice, something that did not prevent that film from being considered an artistic achievement and worthy of awards.

So what exactly is at work here?

Taken together, these critiques are part of a larger debate about who owns American history, especially the portions of that history that were led, organized and shaped in large part by African-Americans. White supporters and fellow travelers of the movement have had the license to dramatize both historical events (Mississippi Burning, which inaccurately cast the FBI as the hero of Freedom Summer) and fictional accounts (The Help) of the era. But DuVernay's film — alongside Lee Daniel's The Butler and Spike Lee's Malcolm X — is one of the few black-directed efforts to ever grace the big screen.

Part of the controversy over Selma stems not only from the film's portrait of Johnson, but from the lack of white protagonists in major roles. This is not to say that the movie only shows whites as villains. If Alabama Gov. George Wallace and the brutal Selma Sheriff Jim Clark are depicted as unapologetic racists — which they were — sympathetic white characters abound, including James Reeb and Viola Liuzzo, two relatively unknown figures from the Selma protests who were killed by local whites for their activism. And two Johnson men, adviser Lee C. White and Assistant Attorney General John Doar, are portrayed as quietly determined allies of the movement.

Selma is unapologetic in depicting the movement as one that was primarily led by black women and men. Black women stand out on this score with subtle and nuanced depictions of Coretta Scott King, Annie Lee Cooper, Diane Nash, and Amelia Boynton definitively illustrating black women's fierce activist commitment and leadership in civil rights struggles. Intimate scenes between activists in King's Southern Christian Leadership and the young militants of the Student Nonviolent Coordinating Committee (SNCC, pronounced "snick") showcase the generational tensions, bruised egos and intellectual firepower that made the movement successful. King's trusted lieutenants Ralph Abernathy, Andrew Young, Hosea Williams and James Orange are all given their due, as are John Lewis — now Congressman Lewis — and Jim Forman of SNCC. Cameo appearances by C.T. Vivian, one of the movement's most courageous and unsung heroes, and Malcolm X give a fuller picture of the history than we've ever seen on film. 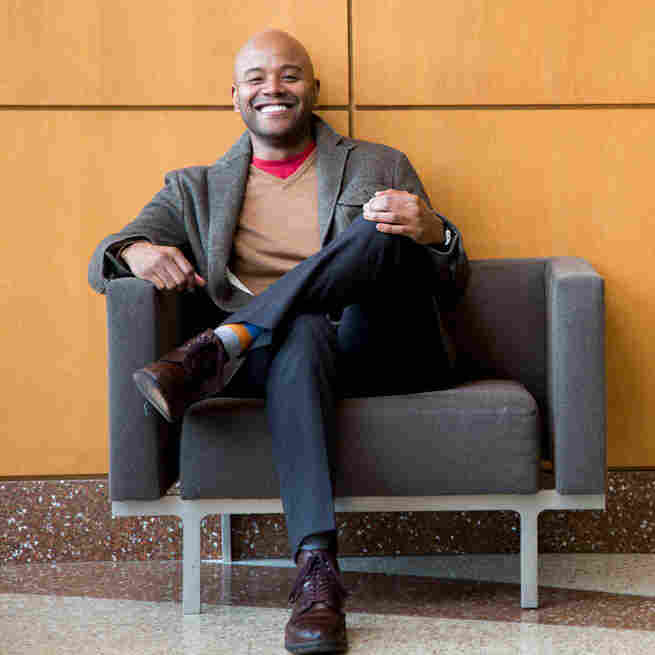 Historian Peniel Joseph says criticism of the film Selma as historically inaccurate is misguided, and that the movie correctly portrays African-Americans as the drivers of the civil rights movement. Kelvin Ma/Peniel Joseph hide caption 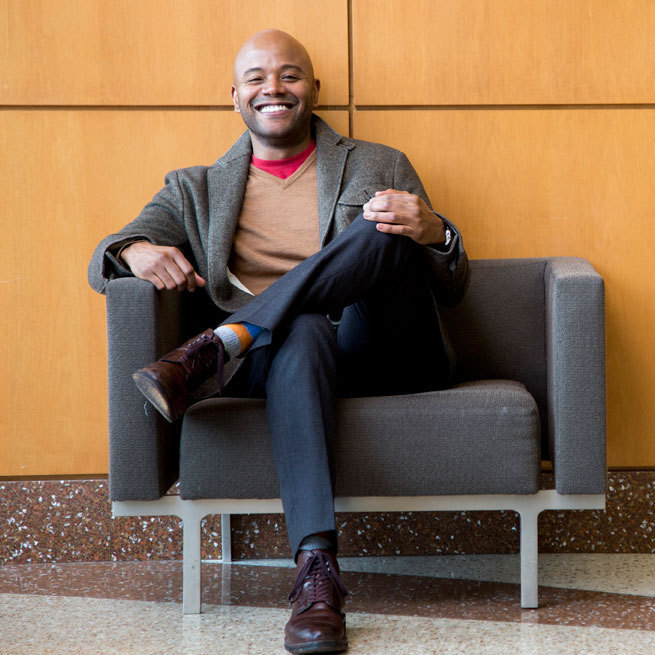 Historian Peniel Joseph says criticism of the film Selma as historically inaccurate is misguided, and that the movie correctly portrays African-Americans as the drivers of the civil rights movement.

The real problem many critics have with this film is that it's too black and too strong. Our popular reimagining of the civil rights movement is that it's something we all did together and the battle is over; that's just not true.

Selma's two biggest set pieces showcase the depth and breadth of institutional racism in America then and now. The first depicts the brutal violence that police meted out against peaceful protesters on "Bloody Sunday," the March 7, 1965, demonstration on the Edmund Pettus Bridge. The second highlights the triumphant March 25 speech by King in Montgomery before 25,000 people. The first instance reminds us, in the aftermath of Ferguson and Eric Garner grand jury decisions, of the way in which anti-black state violence can impact society even with a sympathetic president in the White House.

The second instance, in this "Age of Obama" and #BlackLivesMatter, is remarkable for what DuVernay does not do and what so many critics have ignored. Rather than linger on King's victory in Montgomery, Selma drinks in the moment as a collective achievement, not only for black Americans, but also for democracy and human rights. She offers a courageous and much-needed corrective for our time.

Selma reminds us to honor not just the heroic figure making speeches, but the collective will of so many who made progress possible. Ultimately, the beating heart of this film rests not with its portrait of LBJ, or even King, not with what group has been left out or ignored, but with the larger truth that the civil rights movement's heroic period reflected our collective strengths and weaknesses as a nation, something Americans are loath to recognize let alone acknowledge. Selma's greatest gift is that, even when it reimagines some moments of history, it remains unflinching in its examination of America's racial soul.

Peniel E. Joseph is a professor of history at Tufts University and the author of Dark Days, Bright Nights: From Black Power to Barack Obama. You can follow him on Twitter @PenielJoseph.