Accessibility links
'Selma' Stirs Powerful Memories In Its Namesake Town : Code Switch At a free screening of the film in Selma, Ala., many in the audience — both black and white — had firsthand connections to the history portrayed on the screen. 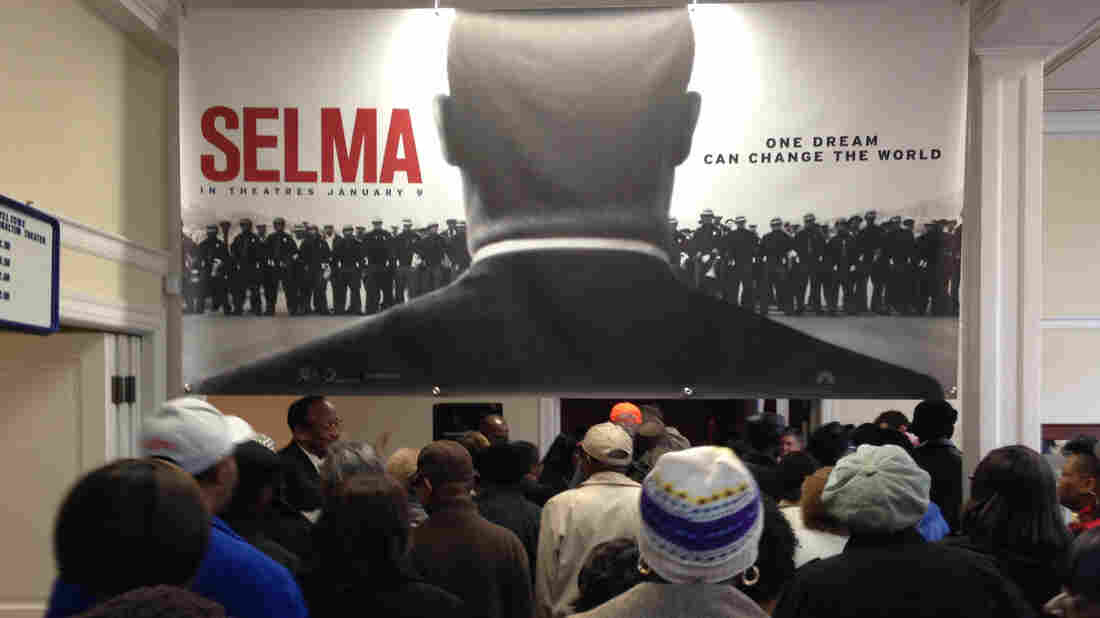 Selma residents, many with firsthand connections to the city's civil rights movement, file into the Walton Theater for a free screening of Selma. Andrew Yeager/NPR hide caption 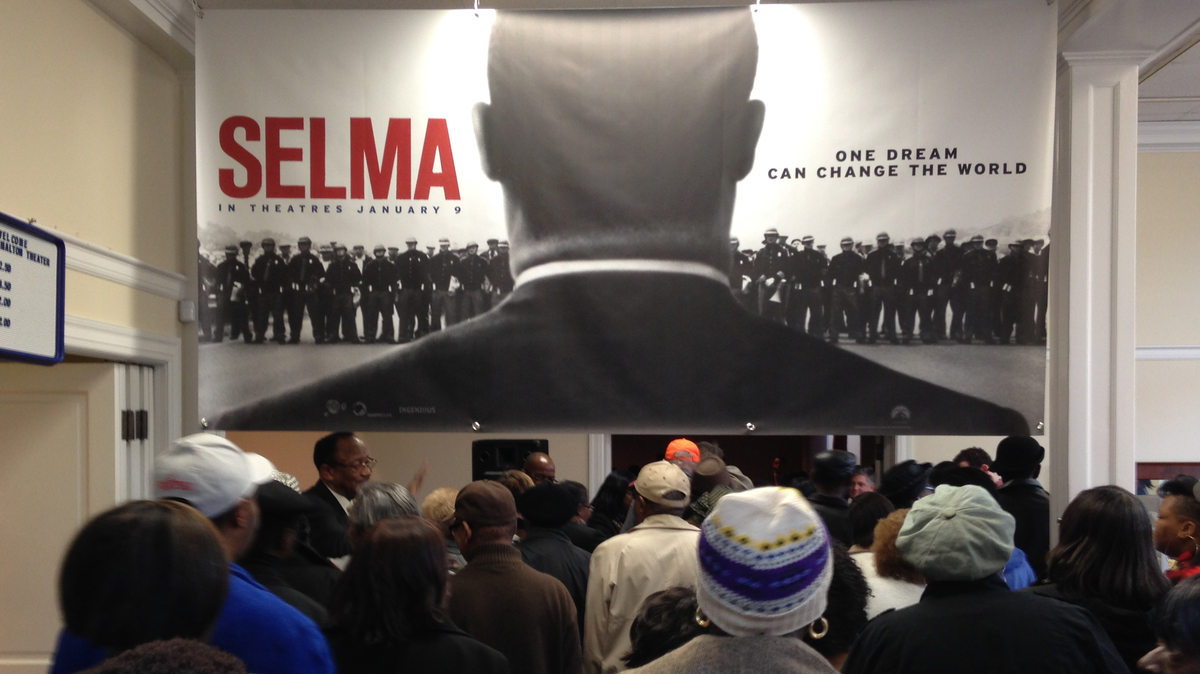 Selma residents, many with firsthand connections to the city's civil rights movement, file into the Walton Theater for a free screening of Selma.

It's a half-hour until showtime in Selma, Ala., and the majority of the auditorium seats are already taken.

Paramount Pictures is offering free screenings of Selma, the film depicting the 1965 Selma-to-Montgomery marches which led to the passage of the Voting Rights Act. In the movie's namesake town, the audience is excited.

In the front row, in the far left seat, is George Sallie, 85. He's black, grew up near Selma and was drafted as young man.

"Went to Korea fighting for someone else's freedom, and really I didn't have freedom myself," Sallie says.

After he came back, Sallie says he got involved in the civil rights movement. He lifts up his ball cap and points to a scar on his forehead — a memento of what's known as Bloody Sunday, the day in March 1965, when protestors were brutally beaten by police as they tried to cross Selma's Edmund Pettus Bridge.

Many in the audience have firsthand connections with this history. Monique Williams was just a child then, but she remembers Annie Lee Cooper, played in the movie by Oprah Winfrey.

"Annie Lee Cooper, I'm not quite sure how Mama found her, but she was our housekeeper for about six months," Williams says. "She was wonderful."

Cooper was a civil rights activist most known for whacking the county sheriff across the jaw.

Williams says she's sure Cooper will come off great in the movie, but she's a little uneasy about how white Southerners will be depicted. Still, she's looking forward to it.

"I just think it's a wonderful thing for Selma," she says.

It took a special effort to bring this film to Selma: The town doesn't have a commercial movie theater.

Selma Mayor George Evans says it only makes sense the movie should be shown here. He spoke with the filmmakers and the owner of a theater a few towns away, and the two made it happen in the Walton Theater, which closed last year but was reopened for the screenings.

At first, Evans says, people couldn't believe the movie would be shown in Selma.

"But when we said the movie is going to be here and free, man, people just were overly elated over that," Evans says.

Inside, the audience is enraptured. They cheer. They sigh. And when the credits roll, they burst into applause.

Rev. F. D. Reese, a leader of the Selma movement, says the movie brought back a lot of memories. "Well, I hope that people will understand the type of sacrifice that had to be made in order for us to enjoy ... the freedom we now enjoy today." 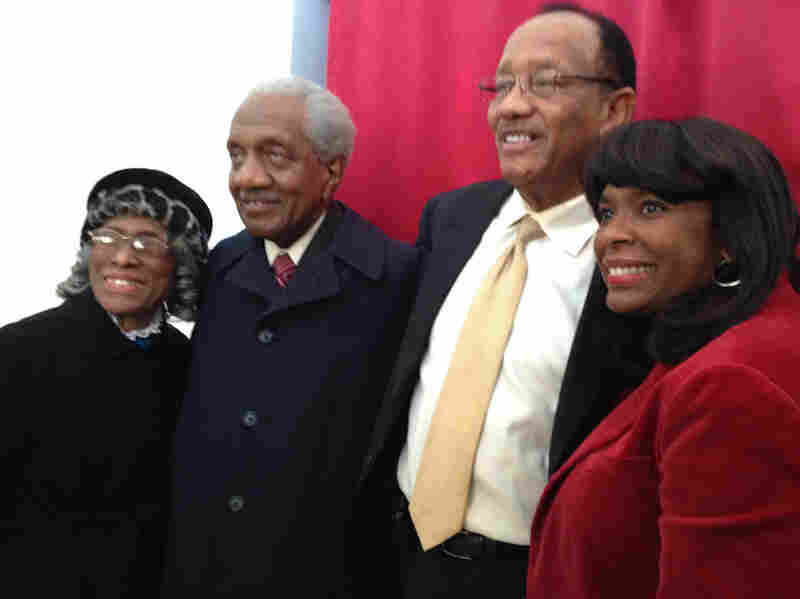 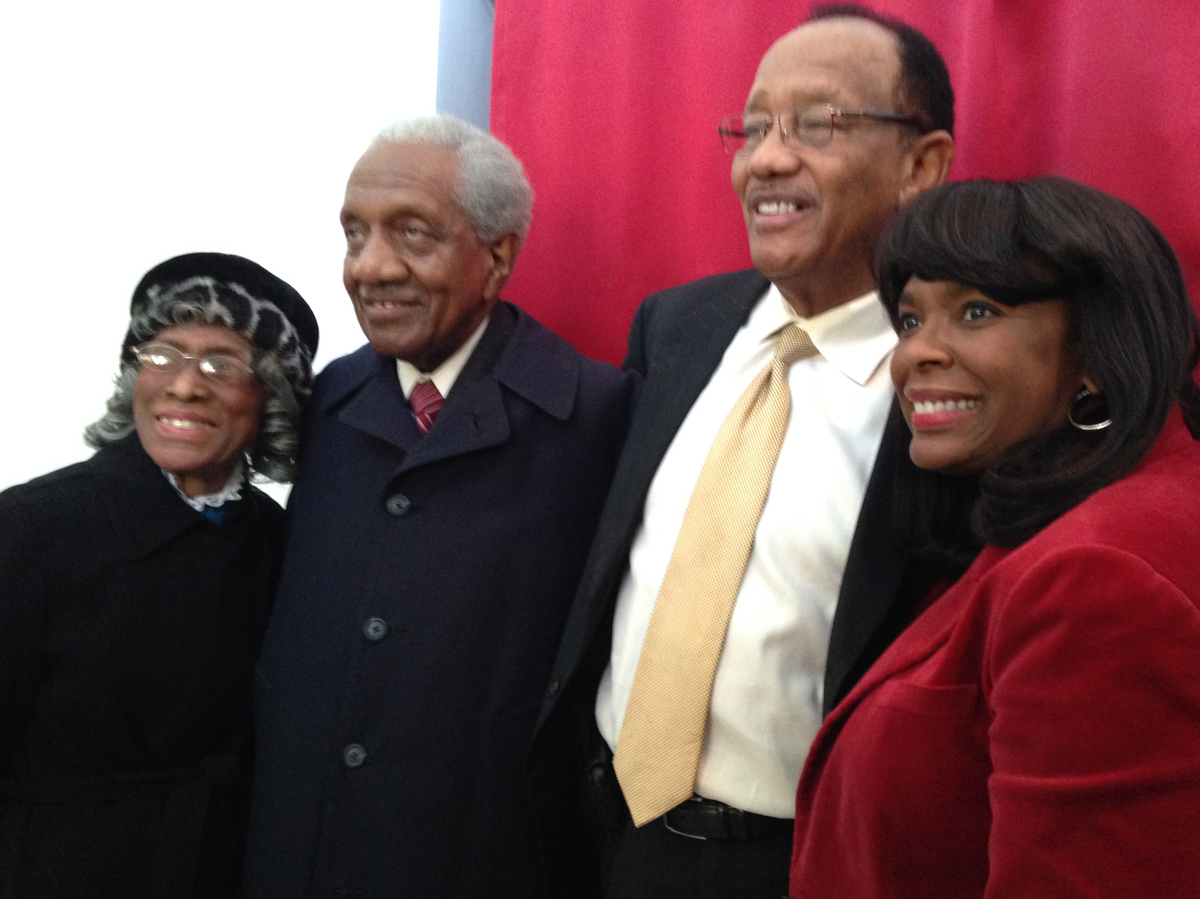 The Rev. F.D. Reese (second from left) was a leader of the Selma civil rights movement. His wife, Alline (left), Mayor George Evans and Rep. Terri Sewell, D-Ala., joined him for the showing.

This is Terri Sewell's third time seeing the film, but the first with her hometown crowd. Sewell represents Selma in Congress and is Alabama's first black congresswoman. She especially wanted to see the movie with her parents.

"Mommy was literally in tears when she saw the reenactment of Bloody Sunday," Sewell says. "And you know, as I comforted her, I said, 'Isn't it great that we are in a different space today?' "

Williams agrees much progress has been made, but the film made her feel embarrassed. Teary-eyed, she explains that she was just a child, but still, oblivious to the injustice of segregation.

"I wish I could talk to Annie Lee Cooper today and just say, 'Annie, I'm so proud of you,' " she says. "I think it sort of overwhelmed me, as you can see."

Several movie-goers remark on the need to take voting rights more seriously today. Some lament that race relations in America are still frayed. One native, though, says the voting rights marches needed to happen somewhere. He's proud they happened in Selma.