Accessibility links
In Recruitment Effort, Akron Police Seeks To Mirror The Community : Code Switch The city's recruitment effort has a very different feel from years past as it tries to attract more diverse candidates. The force is 80 percent white; the population is more than 30 percent black. 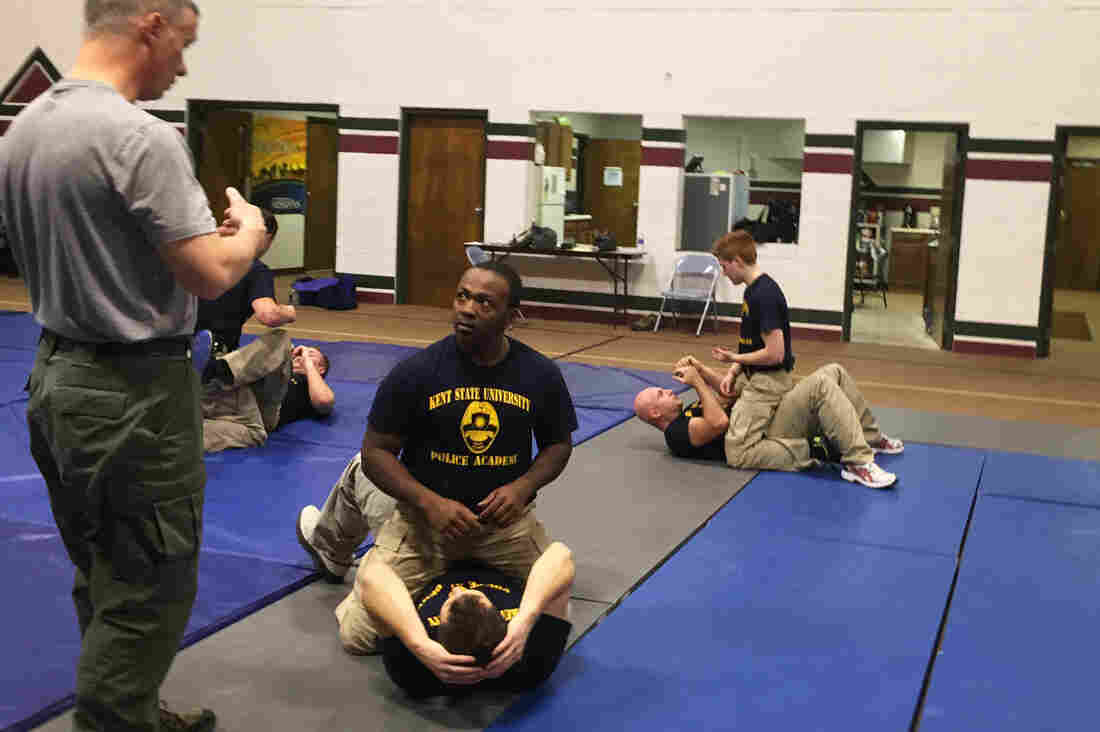 The Akron Police Department training class works out at Kent State Basic Police Officer Training Academy. Donald Clayton is the only African-American in the class of 20. M.L. Schultze/WKSU hide caption 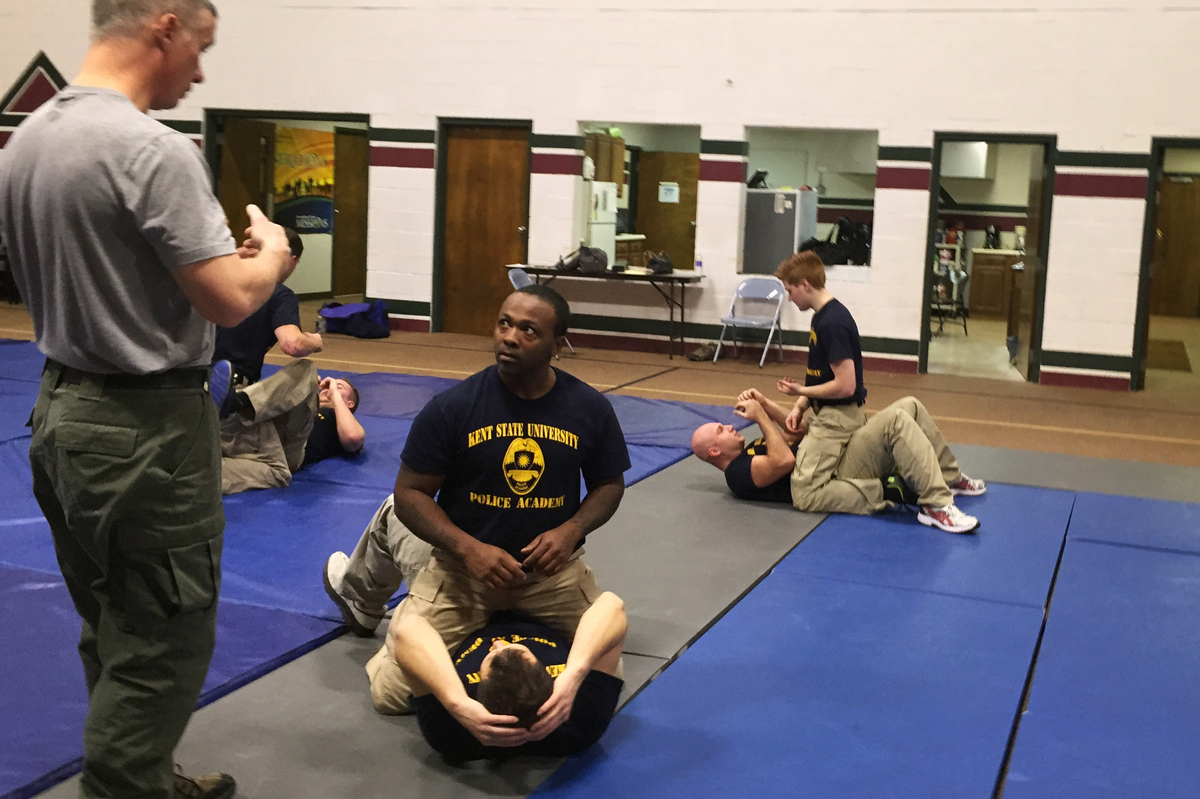 The Akron Police Department training class works out at Kent State Basic Police Officer Training Academy. Donald Clayton is the only African-American in the class of 20.

Two years ago, the Akron, Ohio, police recruiting video began with pulsing music and an image of police in helmets and camouflage with assault rifles ready. This year, the most prominent video demonstrates how to prepare for the physical tests to be hired.

The change goes beyond video. The recruiting team from this mid-sized Ohio city is more diverse in just about every way: younger, more women, more African Americans. Just 30 miles away from Cleveland where police are under investigation for shooting a 12-year-old boy, Akron's efforts to recruit diverse candidates come at a time when the national state of police-community relations is in the spotlight.

"We're trying to have the department mirror the community that we work in," says Carol Hill, the daughter of a Cleveland cop. Before joining the Akron force 19 years ago she was a social worker, which she says gave her good training.

"We're out there in the community trying to help people help resolve problems," she says. "Maybe we can refer a family somewhere. Somebody might need some food, or they might need clothes for their kids."

Hill and the five other recruiters have been to Pittsburgh and Detroit, to military bases, Cleveland's Latino centers, Akron's inner-city churches, and the mall to chat up prospects.

Treva Mathews is 24, African-American, and though she has only 14 months on the force, she is supremely confident in what she acknowledges is a climate of suspicion among parts of the African-American and policing communities. When she's at the recruiting table, more black men and women stop to talk.

"I give other black females and black males, I guess, an outlook on saying, 'Hey, I can do it, too, if somebody's already there,' " she says. 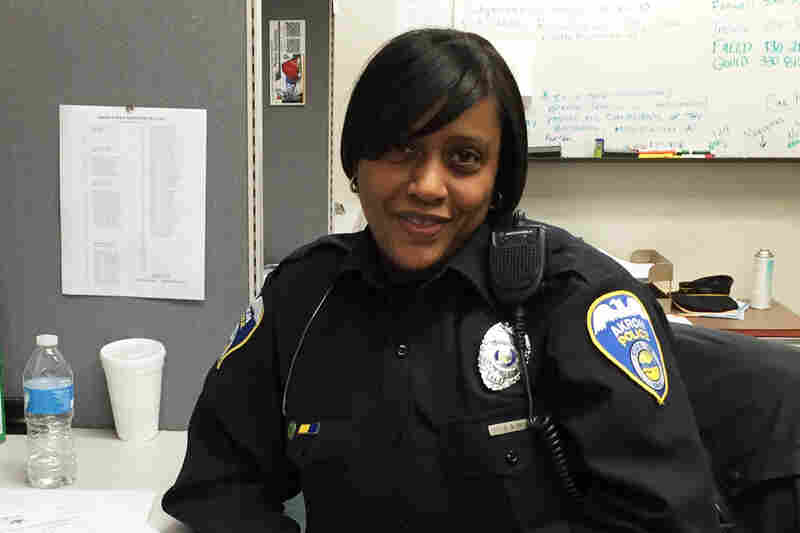 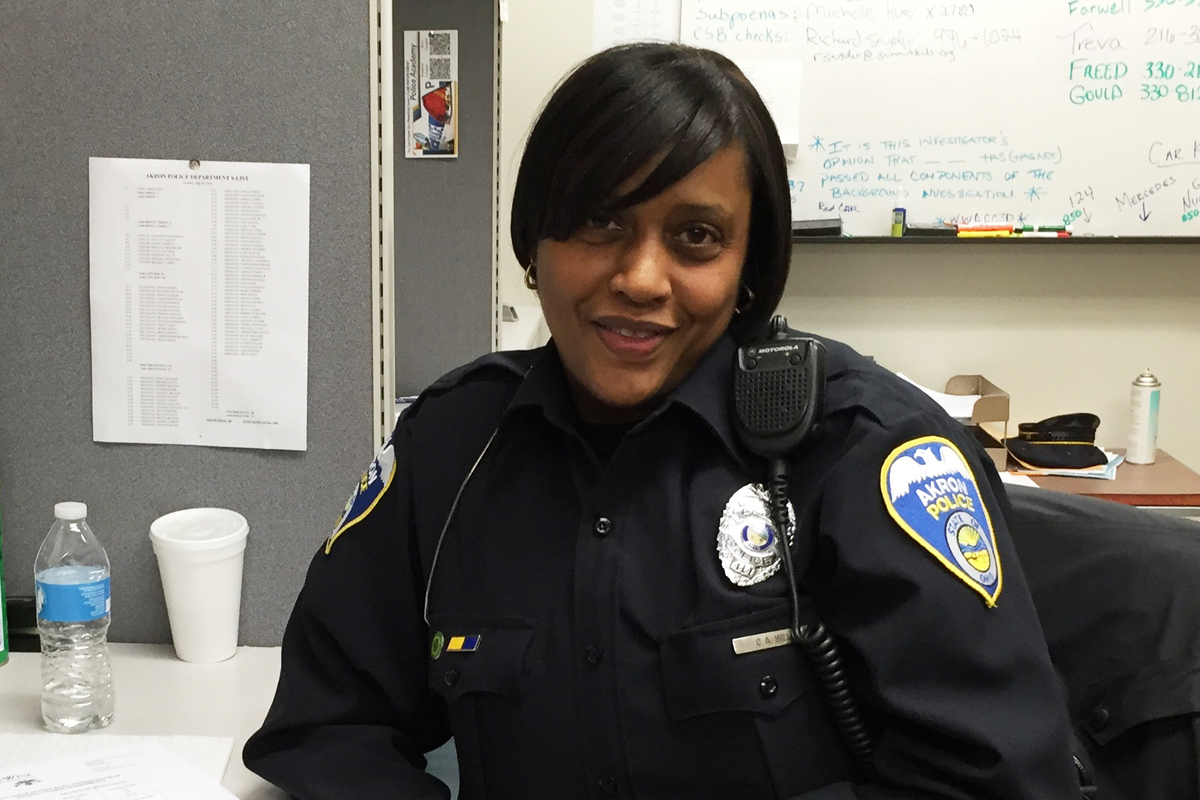 Carol Hill says her work as a social worker was good training for joining the Akron police force. She's part of the force's recruiting team that's boosting its diversity efforts.

Florika Sheeler is interested in joining the force. She's 21, which is the minimum age to apply. She's in college and an Akron resident, both worth extra points on the civil service test.

"I like to feel I can help keep Akron safe for the most part," she says. "I have a little girl, and I want her to be in a safe city."

But the national debate over police tactics has had its impact here. In nearby Cleveland, police are currently under investigation for shooting a 12-year-old boy to death last November.

Michelle Blakely found out how much of an impact the shooting had on children in the area from her 4-year-old's day-care teacher. In class one day, the children were asked what police officers do.

She and her husband explained to their daughter that's not the norm. But she says the misperception is keeping some good people from signing up.

Donald Clayton is the lone African-American in a class of about 20 training to become police officers. His stepfather is retiring from the Akron force, and Clayton hopes to be one of his successors.

"You hear talk amongst the African-American community about, oh, this, that and the other, as far as law enforcement," he says. "Well, lead by example. If you feel change needs to come, step up and do it."

Akron's police department is 80 percent white, and its population is more than 30 percent black.

Willie Derricott, who runs the Legends barbershop on Akron's west side, says his customers include cops, and he wouldn't discourage anyone from signing up. Still, he says, tensions between white police and black communities elsewhere were bound to resonate in Akron.

"How could it not?" he says. "We're all mindful of the police, and if you've had a run-in with the police, nine times out of 10, it's not going to be very good."

The department's 2015 recruiting class hopes to improve that relationship between the police and the public.