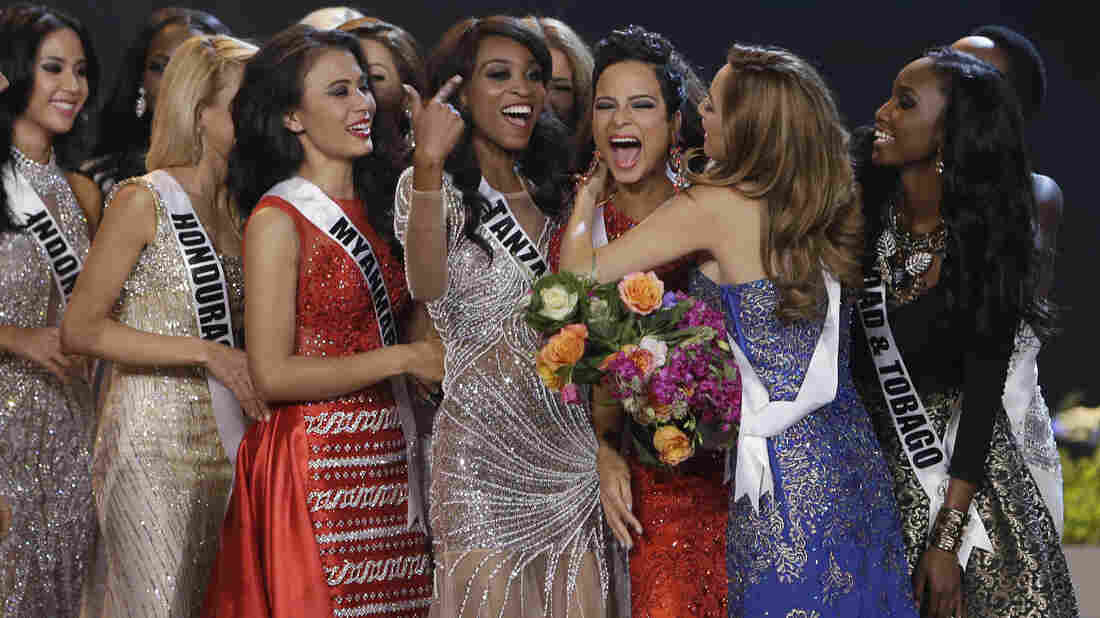 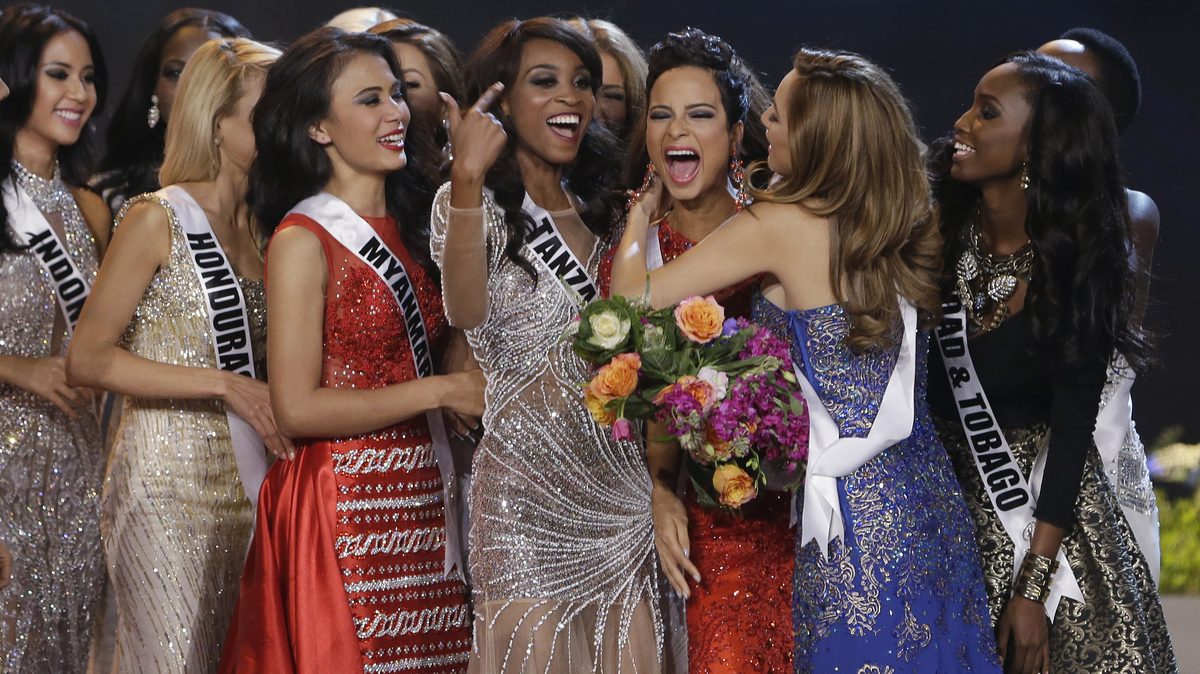 After Miss Colombia's Paulina Vega won the Miss Universe pageant on Sunday, she was greeted with a scepter, tiara and a kiss from the first runner-up, Miss U.S.A. But even as Vega took her first steps as Miss Universe, something that was happening elsewhere on stage caught a lot of attention.

Photos circulated online that showed several other contestants trying to hoist Miss Jamaica, Kaci Fennell, in the air. Many members of the live audience booed loudly after it was announced that 22-year-old Fennell had placed only fifth in the competition, and there was still a steady chant of 'Jamaica' as Vega talked with the media about her victory.

Support for Miss Jamaica continued online as twitter users launched #MissJamaicaWasRobbed and #MissJamaicaShouldHaveWon hashtags to the night's top trending topics. Some allege the winner was predetermined.

VIDEO: Crowd yelling "Jamaica!" while half the #MissUniverse contestants surround and cheer her on after cr... https://t.co/hvFuq7LWLn

"Even the contestants saw that it was rigged," said twitter user Melanie W. "When you ever see people congratulate the fourth runner-up and not the winner?"

Yet Miss Jamaica is downplaying the attention she's getting after igniting a firestorm of criticism aimed at this year's Miss Universe pageant. While heading back to her home country, Fennell told reporters the competition "went exactly how it should."

That hasn't stopped some critics of Sunday's competition of accusing pageant organizers of racial and cultural bias. Since Miss Universe first began in 1952, only four black women have won the title. Of those four, only two are from the continent of Africa. Requests for comment from the Miss Universe Organization were not returned.

At this year's competition, women representing more than 80 countries from six different continents competed. None of those finalists was from Africa, and most were fair-skinned Latinas. There were observers who also pointed out that Fennell's skin tone isn't representative of the vast majority of Jamaican people.

Folks can acknowledge Miss Jamaica is beautiful AND also talk about how colourism plays a role in the underrepresentation of darker sisters.

Several viewers tweeted complaints about the pageant's lack of global representation among the finalists. Twitter user @lukesassycalum asked "what's the point of inviting other countries if the same ones continue to win?" Model Aisha Thalia tweeted her frustration: "I can't wait until the day that girls who don't fit into the European standard of beauty feel celebrated as well." 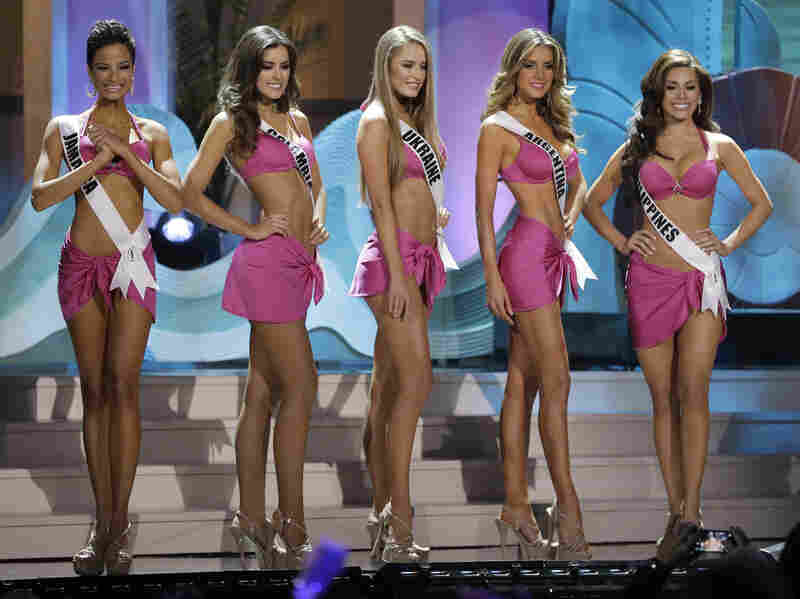 Critics suggested that most of this year's Miss Universe finalists conformed to a European standard of beauty, even though the contestants represented 88 countries from six continents. Wilfredo Lee/AP hide caption 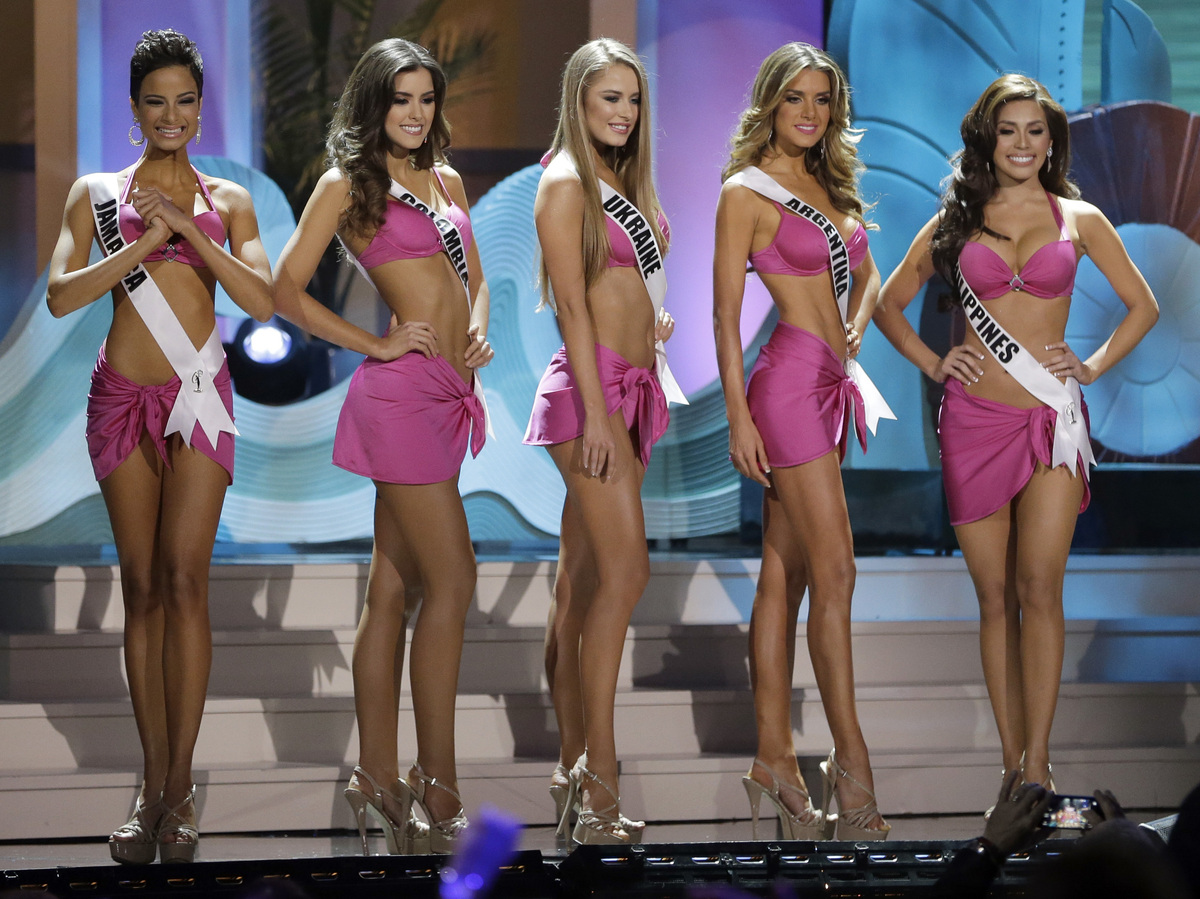 Critics suggested that most of this year's Miss Universe finalists conformed to a European standard of beauty, even though the contestants represented 88 countries from six continents.

Others insisted Miss Jamaica's fifth place finish had more to do with her unconventional appearance than her ethnicity: Pageant contestants traditionally sport long, flowing manes, while Fennell opted for a pixie cut.

Miss Jamaica addressed the choice in the question-and-answer portion of the competition: "I don't have long tresses like everyone else. I'm just representing myself and that's what beauty pageants are all about — you don't have to look a certain way ... and I feel like I represent that."

Popular pageant blog Missosology called out the competition for repeated top five appearances by countries where pageants have large followings, even including complaints from former contestants. Favoring competitors from pageant powerhouse countries could leave smaller nations at a disadvantage because they don't give pageant officials the best opportunity for publicity. Jamaica is a nation of just under three million people, though the first black Miss Universe was from an even smaller island nation: Janelle Commissiong — of Trinidad and Tobago — won the title in 1977.

In contrast, 48-million-population Colombia has a strong pageant culture, in large part because of its booming beauty industry. The Miss Colombia competition is as popular there as the Super Bowl is in the United States, and the country and neighboring Venezuela dominate international beauty competitions. Vega is Colombia's first winner of the Miss Universe pageant in 56 years, after decades of runner-up finishes, while Venezuela took the tiara in 2008, 2009 and 2013.

Colombia is not without pageant controversy of its own: Contestants tend to represent the country's wealthier, whiter population despite most Colombians being of indigenous or African descent.

Heartiest congratulations to our beautiful new Miss Universe Paulina Vega, all the best on your journey my dear :) @MissUniverse

Meanwhile, the attention surrounding Miss Universe's controversial finale could be boosting Miss Jamaica's career. She already is receiving offers for television appearances and modeling. Fennell congratulated Vega in a tweet following the competition. Before the pageant, she tweeted this: "Matters not what the outcome may be, because tonight marks only the beginning."