Accessibility links
Challenging The Whiteness Of Public Radio : Code Switch Chenjerai Kumanyika loves public radio, but when it's his turn at the microphone, he worries that he doesn't sound like himself. It got him thinking about the predominant white sound of public media. 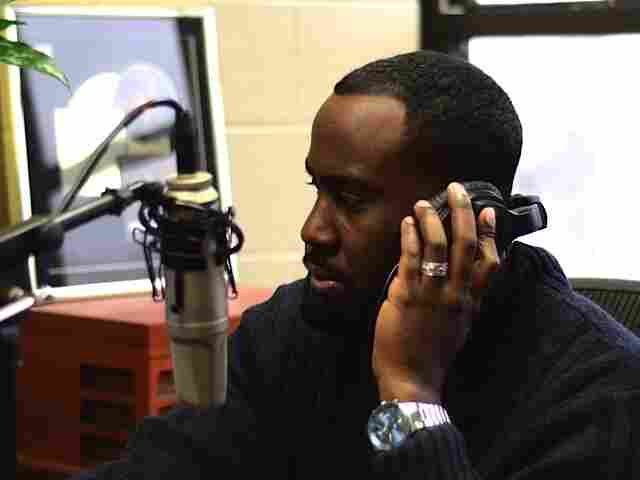 Chenjerai Kumanyika worries that having a "public radio" voice won't allow him to sound like himself. Linda Tindal/Courtesy of Linda Tindal hide caption 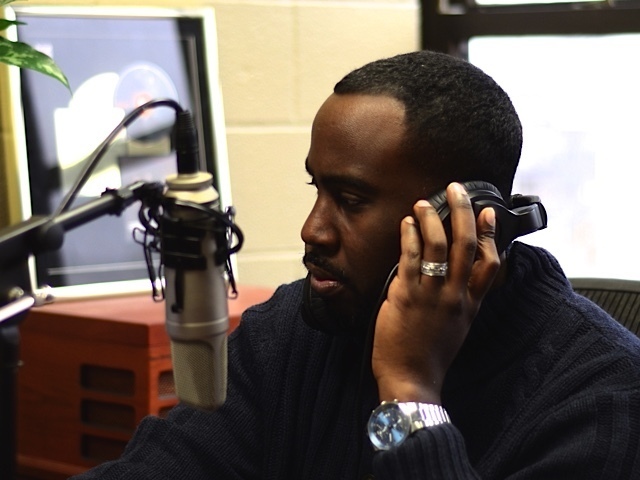 Chenjerai Kumanyika worries that having a "public radio" voice won't allow him to sound like himself.

My piece was about a fisherman who manages the tuna club of Avalon. But while editing my script aloud, I realized I was also imagining another voice, one that sounded more white, saying my piece.

Without being directly told, people like me learn that our way of speaking isn't professional. And you start to imitate the standard or even hide the distinctive features of your own voice. This is one of the reasons that some of my black and brown friends refuse to listen to some of my favorite radio shows despite my most passionate efforts.

This really affected me as I was producing my Transom piece. Sometimes I speak in a voice I'm using right now, but as a hip-hop artist, I use a very different voice. Check out this verse I wrote right after I found out no one would be indicted for Eric Garner's death.

So the question is: How can I bring that kind of voice into my efforts as a radio producer, right? Now compare that to how I sounded on my first piece for the Transom workshop.

"Fisherman, with a capital 'f'." What does that even mean?

What bothers me most is the way I'm inhabiting my own personality. My voice sounds too high and all the rounded corners of slang are squared off. It's like I don't even recognize myself. Who am I? Just as an experiment, I re-recorded part of that piece to see how a relaxed, sort of less code-switched style of narration might sound.

I'm not sure how much more effective it is, but I feel better listening to it. My voice is calmer, but hopefully not boring. Overall, it's like I feel more centered and I sound more like myself rather than myself pretending to be a public radio host.

Of course, it's not just about what potential journalists face. It's also about the audience, and the mission of public radio. Different hosts with different voices tell different kinds of stories. And vocal styles communicate important dimensions of human experience.

What are we missing out on by not hearing the full range of those voices? Let me give you an example of what I'm talking about. My wife and I spent some time in Ferguson, Missouri from August and November 2014. I was standing on the block where Darren Wilson killed Michael Brown and I asked one young man why he thought there had been such an uprising in Ferguson.

He reminded me that Michael Brown's body had laid in the street for four and half hours before being picked up. Of course I had heard this before in the news but this young brother made me feel it. No one was there to translate. Instead, he carefully told the story his own way. I felt the weight of Michael Brown's body and the weight of so many other young lives in this young man's voice.

So what do we do? We really have to think about who is the public in "public media". The demographics of race and ethnicity are changing in the United States. The sound of public media must reflect that diversity. So get on it. It's time to make moves.