Accessibility links
Is There A #PubRadioVoice That Sounds Like America? : Code Switch Earlier this week, we hosted a Twitter chat that tackled questions about diversity in public radio and the pressure some journalists of color feel to sound "white." 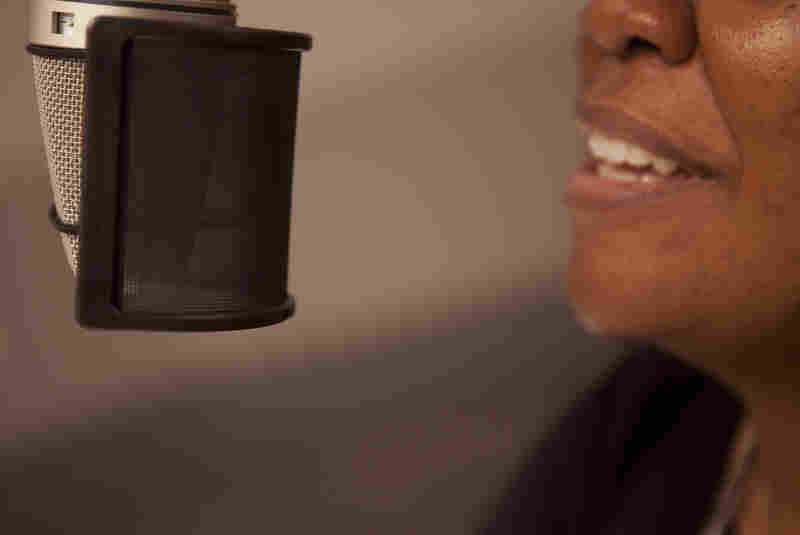 #PubRadioVoice brought together our listeners with African-American and Latino radio journalists in a discussion on whether the voices on air truly represent the "public" in public radio. Emily Jan/NPR hide caption 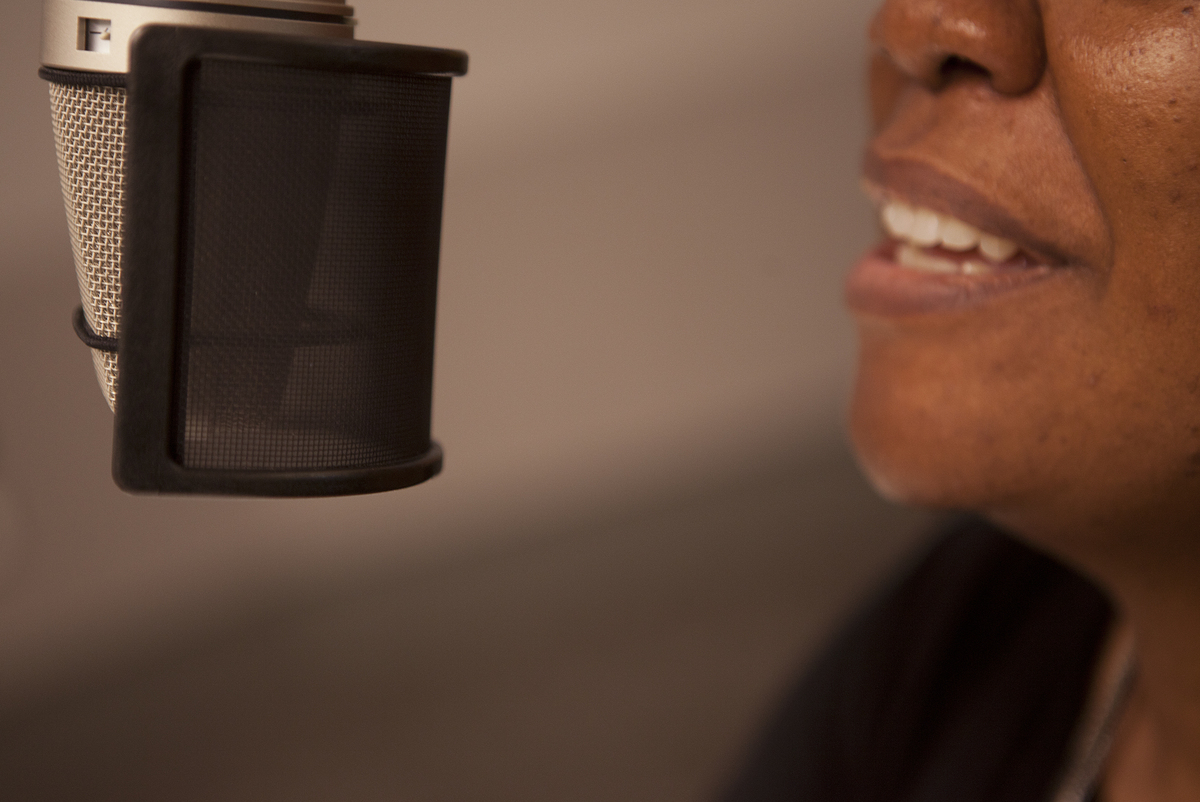 #PubRadioVoice brought together our listeners with African-American and Latino radio journalists in a discussion on whether the voices on air truly represent the "public" in public radio.

Chenjerai Kumanyika, a professor at Clemson University and aspiring public radio journalist, sparked a challenging conversation with his commentary about the "whiteness" of public radio voices. We hosted a Twitter chat about his essay and invited listeners and public radio professionals to share their thoughts using #PubRadioVoice.

Moderated by our lead blogger, Gene Demby, #PubRadioVoice explored whether the journalists on NPR truly represent the "public" in public radio.

Gene started by asking our diverse panel — professionals from across the public radio system — how listeners respond to their voices.

4) #pubradiovoice Sitting in host chair for first time I channeled white voice from Midwest and lost my own. I had to fight my own brain!

people usually don't react to my voice they react to their google image search :) #pubradiovoice

Many shared their perspectives on public radio diversity, whether there's a lack of voices from people of color — POC — and the ways that could affect content and audiences.

#pubradiovoice What concerned me also was so many who said they didn't hear their real voices and so turned away from public media.

@catchatweetdown #PubRadioVoice The sad truth is public radio does not see POC as the audience, but rather as interesting subject matter

Some listeners and panelists embraced the idea of hearing a standard, broadcast vocal style but think that diversity should still be a goal. For them, diversity must go hand in hand with professionalism.

There's value in changing your voice for clarity, to remove personality & put focus on story. But that's different...
(1/2)#PubRadioVoice

...from removing individual markers to make a voice sound like everyone else.
(2/2)#PubRadioVoice

@SaleemChat I enjoy hearing diverse voices. I also do want to be able to understand. I think #PubRadioVoice requires clarity, in many cases.

Others felt the issue goes beyond race and that public radio diversity should embrace regional, cultural and gender differences. For many, the solution begins with opening the system to new ideas and voices.

What about diversifying the voices providing expert commentary, especially for STEM stories? @npr is more than hosts #pubradiovoice

If an org is telling you they believe in diversity, but don't invest in it, what's that belief worth? #pubradiovoice.

There are lots of reasons for diversity: one is the news/public service requirement of having multiple perspectives. #pubradiovoice

Finally, many asked where public media should go from here and how diversifying public radio could go beyond hashtags. Most agreed that adding new voices is only a part of the solution. What also matters is diversity of coverage, commentary and perspectives.

also gotta admit i care more about the voices of the people I interview. I strive to make that pool more diverse. #PubRadioVoice

Man my piece just scratched the surface. So many voices styles missing. So much cultural wisdom embedded in ways of talking #pubradiovoice

And just for fun, we asked: "What is NPR's typical voice?" Like Kumanyika's commentary mentioned, many people likened the standard vocal delivery on NPR as warm milk, tea or coffee. Some even shared pictures.