Accessibility links
NYPD's Top Cop Wants To Make It A Felony to Resist Arrest : Code Switch A recent report found that blacks are already more likely to face that charge than whites, raising questions of abuse. 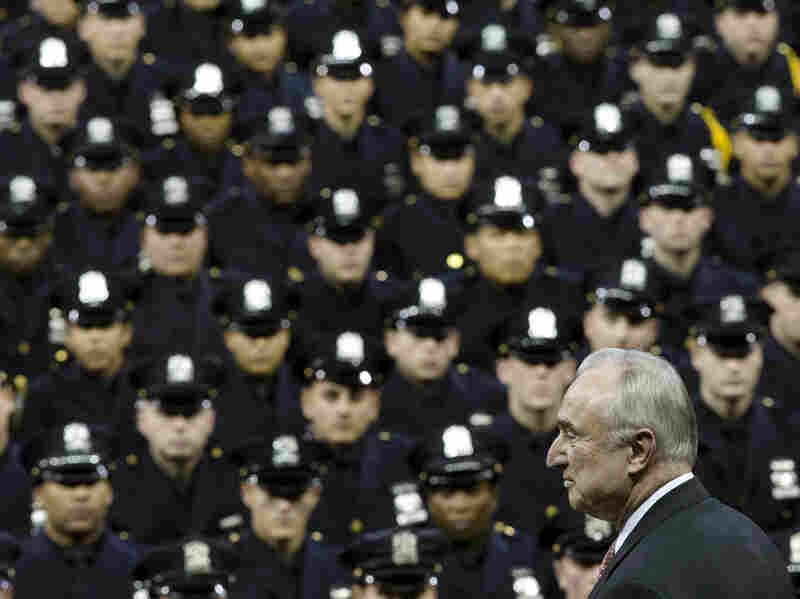 Bill Bratton, the NYPD commissioner, told reporters that "we need to get around this idea that you can resist arrest ... and we need to change that, and the way to change that is to start penalties for it." John Minchillo/AP hide caption 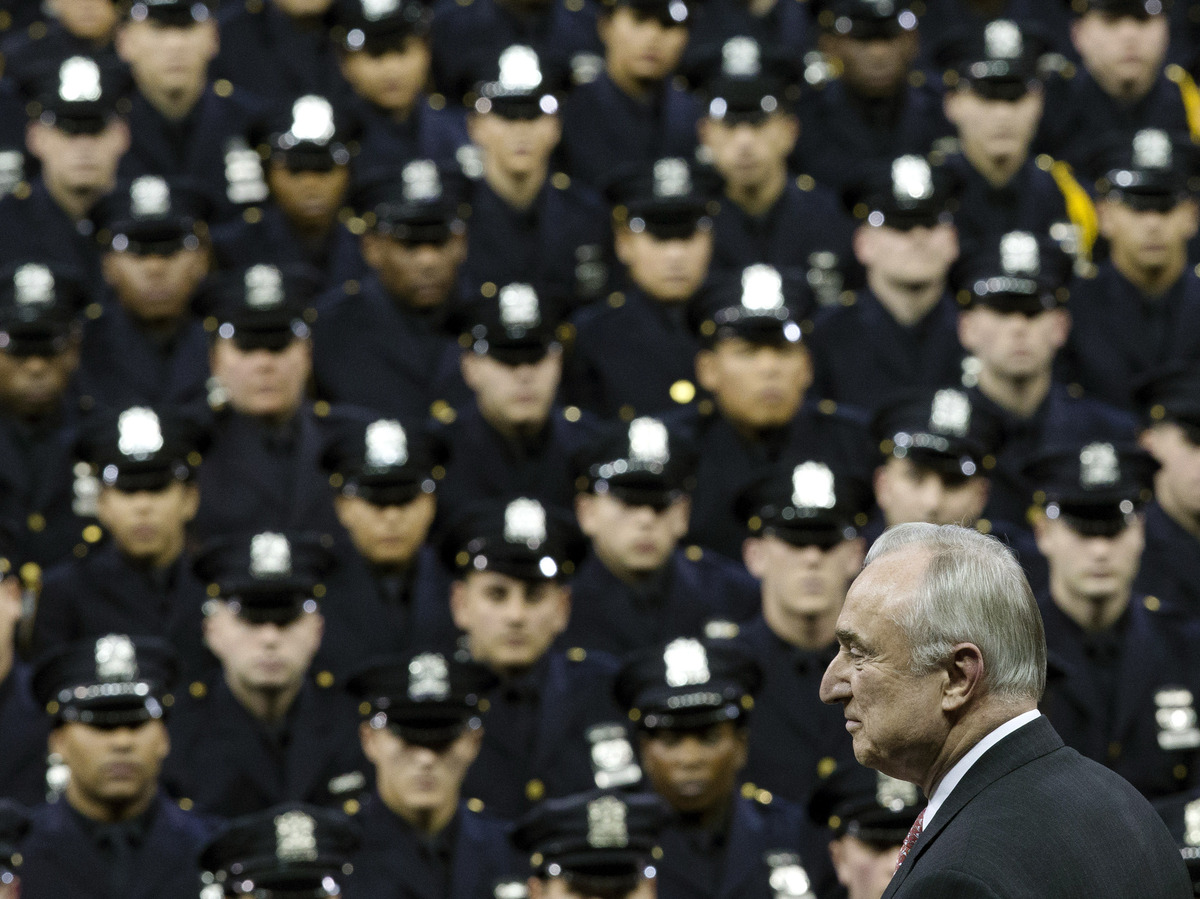 Bill Bratton, the NYPD commissioner, told reporters that "we need to get around this idea that you can resist arrest ... and we need to change that, and the way to change that is to start penalties for it."

Last week, at a New York state Senate hearing on protests against police brutality, NYPD Commissioner Bill Bratton asked lawmakers to raise the penalty for resisting arrest from a misdemeanor to a felony.

"We need to get around this idea that you can resist arrest," he later told reporters. "It results in potential injuries to the officer, to the suspect. And we need to change that, and the way to change that is to start penalties for it."

Police officers in New York and elsewhere have been calling for harsher penalties since Eric Garner's fatal encounter with New York City police officers; some say Garner's death could have been prevented if he hadn't tried to resist arrest.

"There is no legal consequence [for resisting arrests] and a lot of guys know it," an unnamed "high-ranking" police official told the New York Post in August. "If you resist arrest and get away, you're free and clear. But if you're caught, you know that charge has no teeth."

The raw numbers would seem to bear this out: According to the Post, "Cops can't even get satisfaction when resisting arrest is the top charge and not just an add-on in a more serious case."

The Post adds: "Only 6.2 percent of such cases resulted in convictions, while the charges were dismissed in almost half of the cases, according to figures from the New York State Division of Criminal Justice Services."

But criminal justice experts have suggested the conviction rate is low not because existing laws are weak, but because the charges themselves can be suspect.

"There's a widespread pattern in American policing where resisting arrest charges are used to sort of cover — and that phrase is used — the officer's use of force," Samuel Walker, an author of several books on policing and civil liberties and professor emeritus at the University of Nebraska, told WNYC in December. "Why did the officer use force? Well, the person was resisting arrest."

Last month, Walker testified before the president's new task force on policing and called for greater police accountability. When I spoke to him this week, he said police departments often keep an eye on how often officers hand out resisting arrest charges. Taken with other indicators, they can help departments spot problem cops.

"The question is: Why does this officer file resisting arrest charges so much more often than a peer officer who is working the same detail?" Walker told me.

"There's a widespread pattern in American policing where resisting arrest charges are used to sort of cover — and that phrase is used — the officer's use of force."

Walker says upgrading resisting arrest to a felony charge won't change that. "You'll probably get the same patterns — but the consequences will be a lot worse because now they'll have felony charges," he said.

So there's a worrying disparity in how often cops hand out these charges — but also who gets hit with them. WNYC's Lewis also found that blacks in New York City are more likely than whites to be charged with resisting arrest, even if they're being brought in for the same crime.

Lewis' report notes there could be several factors behind this, including more aggressive policing in minority neighborhoods; blacks and Latinos have more incidental contact with the city's police relative to their population, a pattern that has continued even after the official end of the city's controversial stop-and-frisk policy.

Monica Potts, a journalist who previously worked on a civilian review board that investigated complaints against NYPD officers, explained in Code Switch last year that police are given wide discretion in deciding what counts as resistance during an arrest. Resisting arrest, she wrote, is part of an array of charges — along with disorderly conduct and assault on an officer — that investigators casually referred to as "P.O.P.," or "Pissing Off Police."

Suffice it to say, police and the citizens they're arresting tend to disagree about how these encounters go down, and harsher penalties aren't likely to make it any clearer.