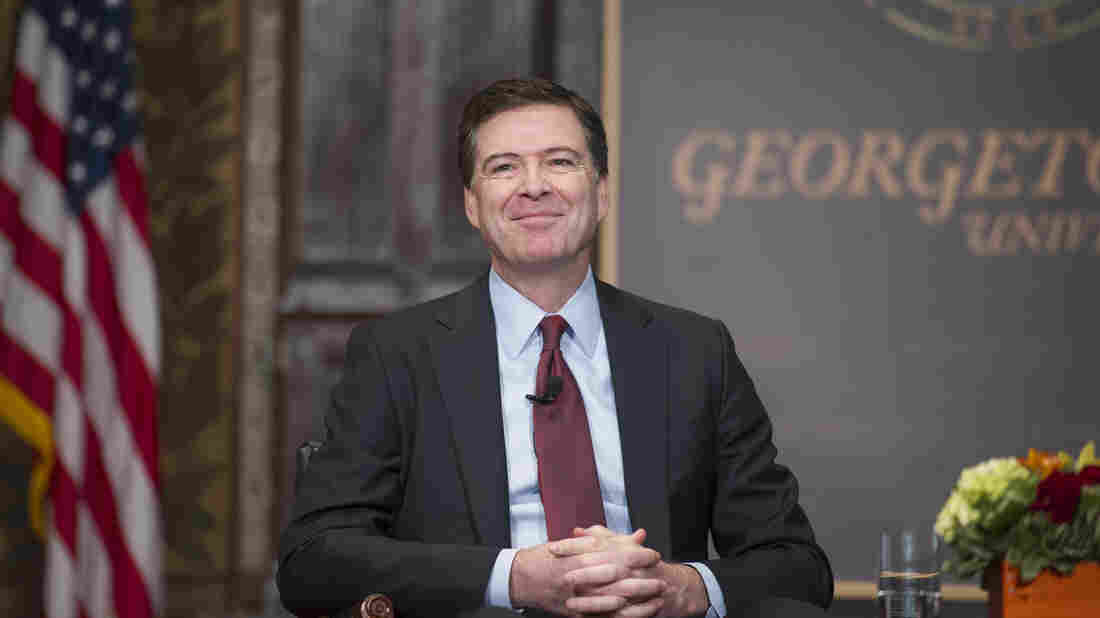 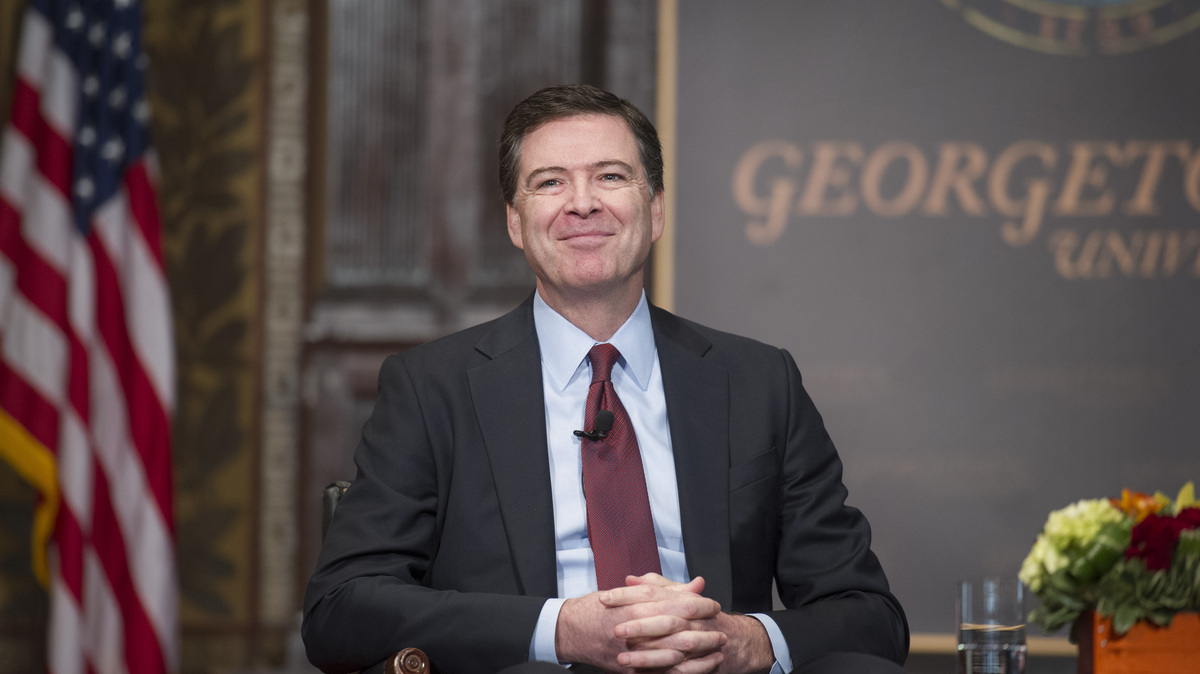 FBI Director James Comey tackled the topic of race and law enforcement at Georgetown University in Washington on Thursday.

There's a reason why new agents are required to visit the U.S. Holocaust Memorial Museum and Martin Luther King, Jr. Memorial during their training, says FBI Director James Comey. It's the same reason he keeps on his desk a copy of Attorney General Robert Kennedy's one-page approval of a request to wiretap King: "To ensure that we remember our mistakes and that we learn from them."

In a speech on law enforcement and race Thursday at Georgetown University, Comey shared his thoughts on improving policing in minority communities. The director acknowledged there's a disconnect between federal and local law enforcement, and communities of color and said that debating the nature of policing is important.

"We can roll up our car windows, turn up the radio and drive around these problems," he said. "Or instead we can choose to have an open and honest discussion about what our relationship is today, what it should be, what it could be, what it needs to be if we took more time to better understand one another."

Comey disagrees with the notion of racial colorblindness, and said everyone carries racial biases that affect behavior. But he stressed recognizing these hard truths are important to creating effective relationships with vulnerable communities.

In a statement, the Center for Policing Equity applauded the director for his remarks: "We are proud to be a part of many of the initiatives Director Comey mentioned today, working alongside the Department of Justice, the Administration, and municipal police departments across the country to better equip our law enforcement officials."

Nicholas Manley, a graduate student at Georgetown, was impressed by the director's speech. He agrees that facilitating better relationships between police and communities of color require more than just better training.

"It's a two-sided equation," he says. "We also have a community that has grown up being told that the boogeyman is the man with the patch."

"I would like to hear him have a plan for how he's going to allow the average person to be employed by the FBI," he says. "Someone who grew up in the projects is not going to meet those requirements for law enforcement."

Does This Go Far Enough?

Twitter users shared their reactions using the hashtag #ComeyAtGU. Responses were mixed, with some saying the director's speech doesn't go far enough in addressing an often hostile presence by police in communities of color.

"I cant tell you how many people were shot by police in this country.. its ridiculous!" -FBI Dir. Guess what, their families can! #ComeyAtGU

Comey closed by saying America isn't perfect and that there is hard work to be done. He said law enforcement officials and communities must be willing to work together. "It's a matter of morality and effectiveness," he concluded.