Accessibility links
Study: Black Girls Are Being Pushed Out of School : Code Switch Research suggests that punishment for African-American schoolgirls is more harsh than for other groups, and the racial disparities between punishment for girls are greater than those for boys.

Study: Black Girls Are Being Pushed Out of School

Study: Black Girls Are Being Pushed Out of School 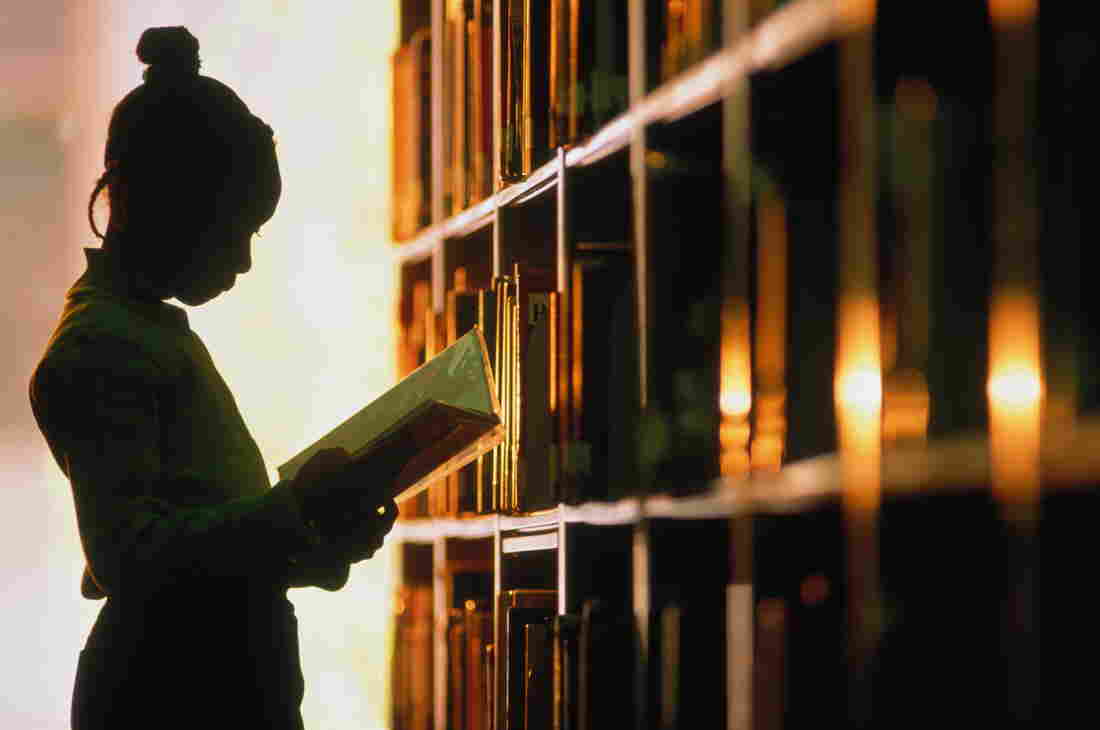 According to a new study from African-American Policy Forum, black girls and teens are disproportionately impacted by zero-tolerance policies in schools. Terry Vine/Getty Images hide caption 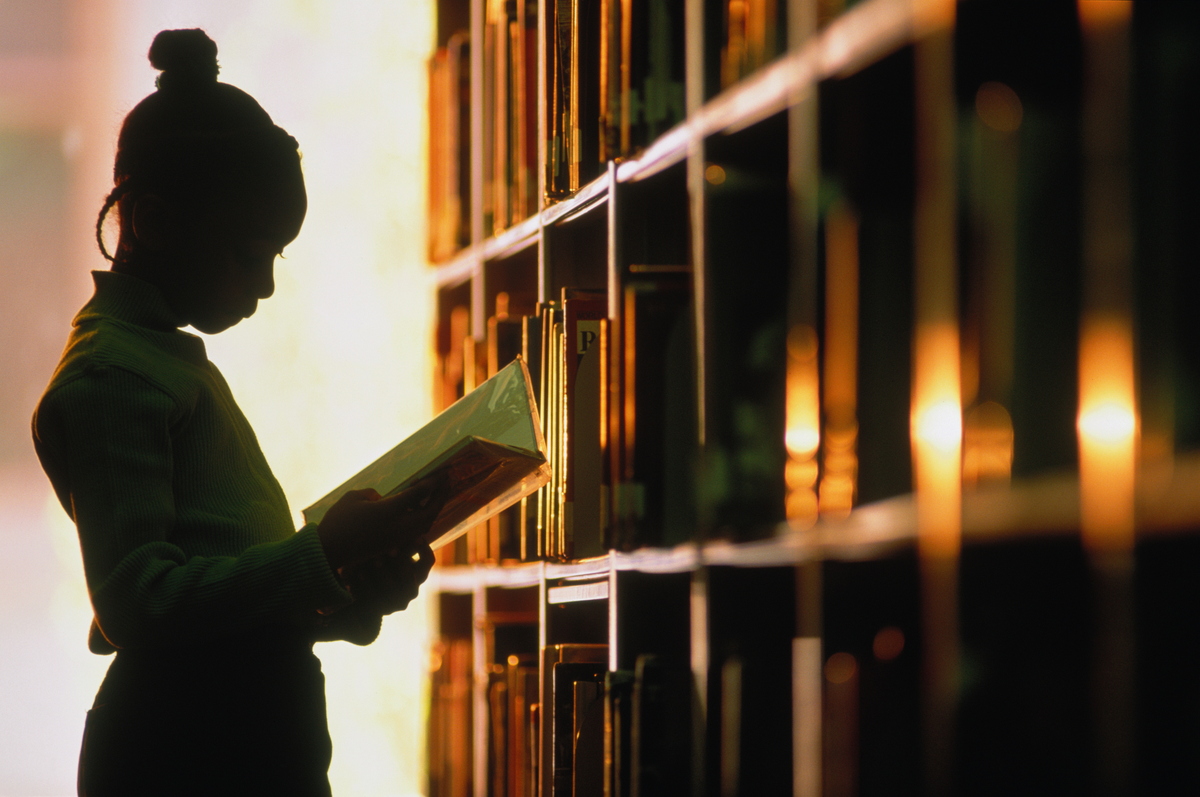 According to a new study from African-American Policy Forum, black girls and teens are disproportionately impacted by zero-tolerance policies in schools.

News surrounding a confrontation in a Baltimore school is raising new questions about the role race plays in discipline for black girls. Baltimore television station WBAL has been reporting on an October incident that led to three students at the city's Vanguard Middle School being injured, and later arrested and suspended, after an altercation with a school security officer.

School officials have supported the officer's assertion that she was attacked, kicked and punched by the girls, but the school's security tape shows something more complicated. By the end of the incident, the officer had struck one of the girls repeatedly with her baton — causing an injury that required multiple stitches — and pepper sprayed the two others. All three girls required treatment at a hospital. 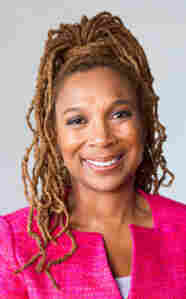 The state's attorney dropped the criminal charges after viewing the tape and photos of the students' injuries, and the officer involved — who is African-American — has been placed on administrative leave, pending an investigation. But the girls have been reassigned to a school for troubled teens, something their families are fighting in court.

It's just one incident of many that have played out across the country in which reported misconducted by black girls at school prompts a seemingly disproportionate — and often violent — response by school and local authorities.

But why? That's what Columbia University law professor Kimberle Williams Crenshaw and her associates, Priscilla Ocen and Jyoti Nanda, set out to explain in their study, Black Girls Matter: Pushed Out, Overpoliced and Underprotected.

They examined data from public schools in Boston and New York City, and the results are startling: Girls of color, and especially black girls, are subject to discipline that is harsher and more frequent than that of their white peers, and are six times more likely to be suspended than white girls. The racial disparities in punishment are greater for girls than for boys.

Crenshaw talked with Code Switch about this groundbreaking study.

What was the inspiration for this study? Why now?

This began several years ago when one of my co-authors — Priscilla Ocen — and I started a conversation with formerly incarcerated women, advocates, lawyers and service providers about the conditions that resulted in so many poor life outcomes for black girls and women.

We knew that many of the long-term challenges facing black women are correlated with the failure to complete school, and we wanted to listen to young women to tell us what those dynamics are. Black Girls Matter provides one very discrete snapshot of the conditions that confront some black girls and other girls of color in two of our nation's school districts. It draws attention to ways that school policies and other factors contribute to the tenuous relationship that these young women had at school, and it elevates the racial disparities black girls face relative to white girls when it comes to punishment.

Our hope is that listening to these young women will ensure that these hardships will not be pushed to the margins anymore. Equally important, we hope this report widens awareness that systemic racial disparities face black Americans across gender, and that efforts to lift up youth of color must address the challenges facing girls as well as boys.

We often hear about the school-to-prison pipeline for boys of color, especially black ones, but you say that black girls are in the same danger. Why?

Our study sheds light on the reality that black girls, as well as some other girls of color, face disproportionately high rates of suspension and expulsion. In fact, the disparity in punishment between black girls and white girls is greater than the disparity between black and white boys. Across the country, black girls are six times more likely to be suspended than white girls, whereas black boys are three times more likely to be suspended than their white counterparts.

Suspension and expulsion are tied to a host of short- and long-term consequences. For some students, zero-tolerance policies in schools lead directly to involvement in the criminal justice system. Some of the girls in our study, for example, were arrested in connection to school fights. For others, the pathways from school push-out lead to confinement, low-wage work, economic insecurity and other hardships.

There is no reason, then, to leave girls out of the conversation about the policies that create pathways to nowhere. Most importantly, there is no reason to assume that initiatives designed to disrupt these negative outcomes need not include girls. Girls are subject to many of the same conditions that confront boys, and others that are different. For instance, one young woman we worked with told us that she was arrested and incarcerated for truancy. And she is far from alone.

How do you believe zero-tolerance policies at schools have exacerbated the problem?

Young women tell us that the increased presence of law enforcement and security personnel within schools along with metal detectors and other security rituals don't make them feel safe. And dynamics that do undermine their sense of security in school — sexual harassment, bullying and other threats — are not effectively addressed. In fact, girls are punished and sometimes separated from school for defending themselves. Punishment-based interventions neither prevent these occurrences nor do they provide tools for ensuring an environment conducive to learning.

Why are girls of color, and especially black girls, disproportionately disciplined? 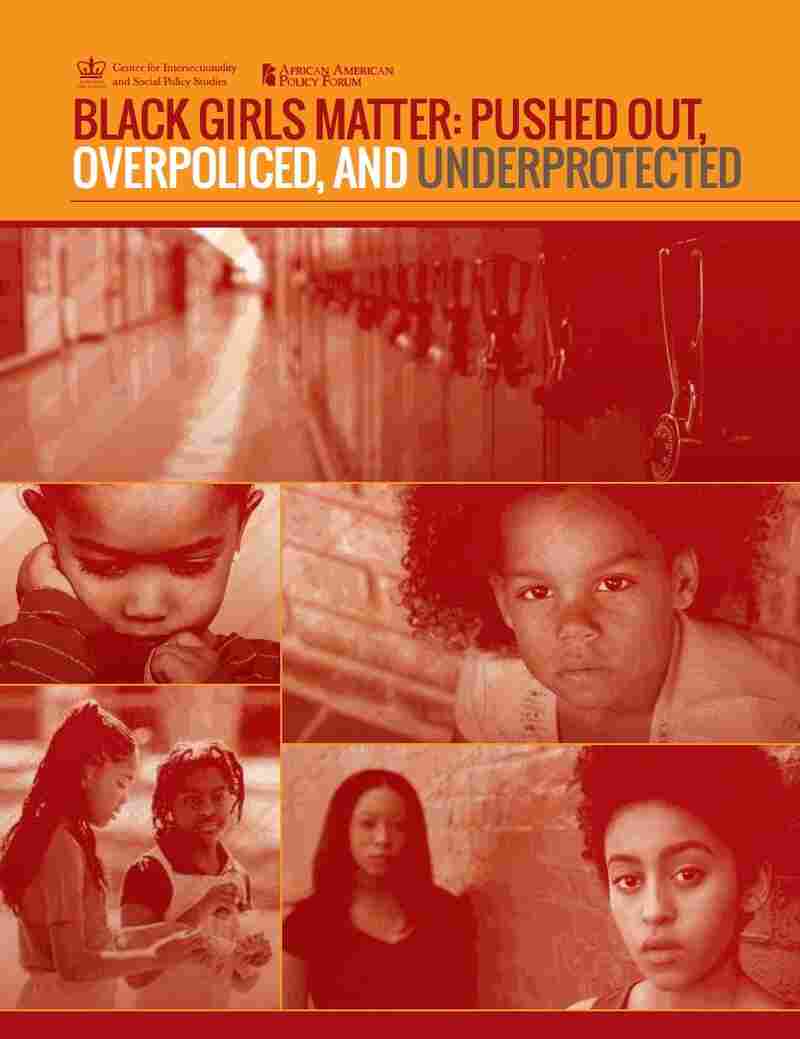 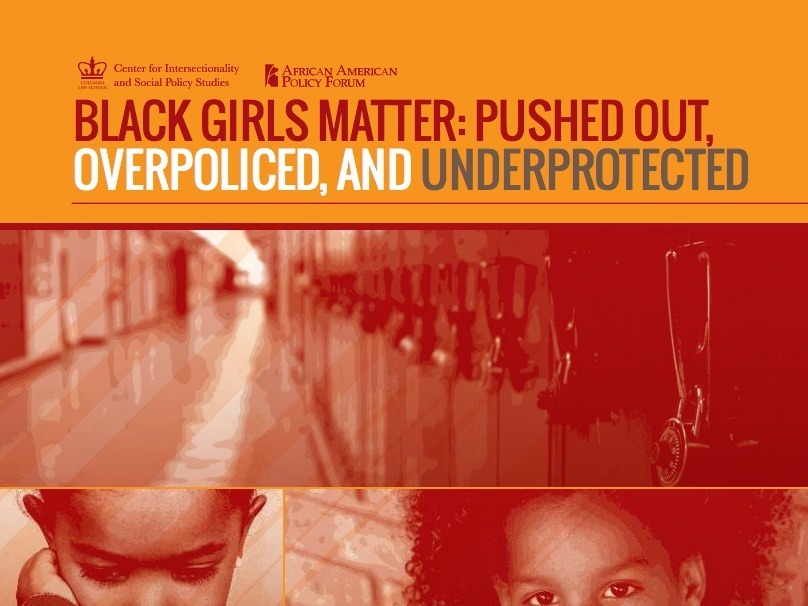 Front page of the study

We believe that stereotypes and gender-based punishments may play a role in the over-disciplining of black girls. The young women we spoke to believed that many of their teachers viewed them negatively as girls who "can't be trusted," or girls who are "loud" and "rowdy," "ghetto" and "ignorant." Stakeholders also shared their perceptions that the demeanor of black girls was often misinterpreted as defiant or as challenging authority when in fact the girls were simply engaged, curious and expressive.

Although our modest study can only provide a few avenues for further exploration, it is possible that black girls face a classic intersectional burden. Many studies tell us that blackness is associated with aggression, and we also know that girls and women are excessively sanctioned for gender-transgressive behavior. Those two dynamics together — a perception of aggressiveness that is racially coded, and the additional penalty for being assertive as a female — may contribute to the added vulnerability that black girls face in comparison to other girls.

It is important to recognize that the double standards imposed on black girls are not limited to over-punishment. Some stakeholders indicated that black girls are all too often overlooked for their accomplishments. Because black girls and other girls of color are expected to behave and do well, their achievements are not always celebrated, leading some girls to find other ways of gaining attention and recognition from their peers.

Our participants painted a picture that is troubling. They see their behavior more harshly punished, their achievements more likely to be overlooked, and their life situations unfairly scrutinized, misunderstood and judged negatively. A quote from a participant gets to the heart of this matter: "[I]f no one is celebrating with [you], then you kind of fade." The Black Girls Matter report will hopefully be one of many efforts that responds to their concerns.

What can people who are concerned about this disparity do to begin to correct it?

The first and most important thing we can all do is to recognize that there is a problem. All too often, girls are ignored because their challenges aren't thought to be as serious as those faced by boys. When we look at these risks, however, we should all be genuinely invested in dismantling any set of practices that visit disproportionate hardships on our youth regardless of their gender.

Principals, teachers and other adults working in schools can actively work toward creating ways to help make girls feel safe without an over-reliance on punitive interventions. They can also cultivate programs that identify the signs of sexual victimization and assist girls who have been traumatized by violence inside and outside of school. Moreover, programs are needed to support girls who are pregnant, parenting or otherwise assuming significant familial responsibilities

Families, community leaders and others must create the public will to address the challenges facing black girls and other girls of color as well by listening to them, valuing their experiences, and becoming actively involved in creating policies and innovative programs that promote their well-being.