Accessibility links
Whatever Floats Your Goat: The 2015 Lunar New Year Animal Is Up For Debate : Code Switch According to some East Asian zodiacs, 2015 is the year of the sheep. Or is it the goat? Different cultures will give you a different answer for which animal symbolizes this Lunar New Year. 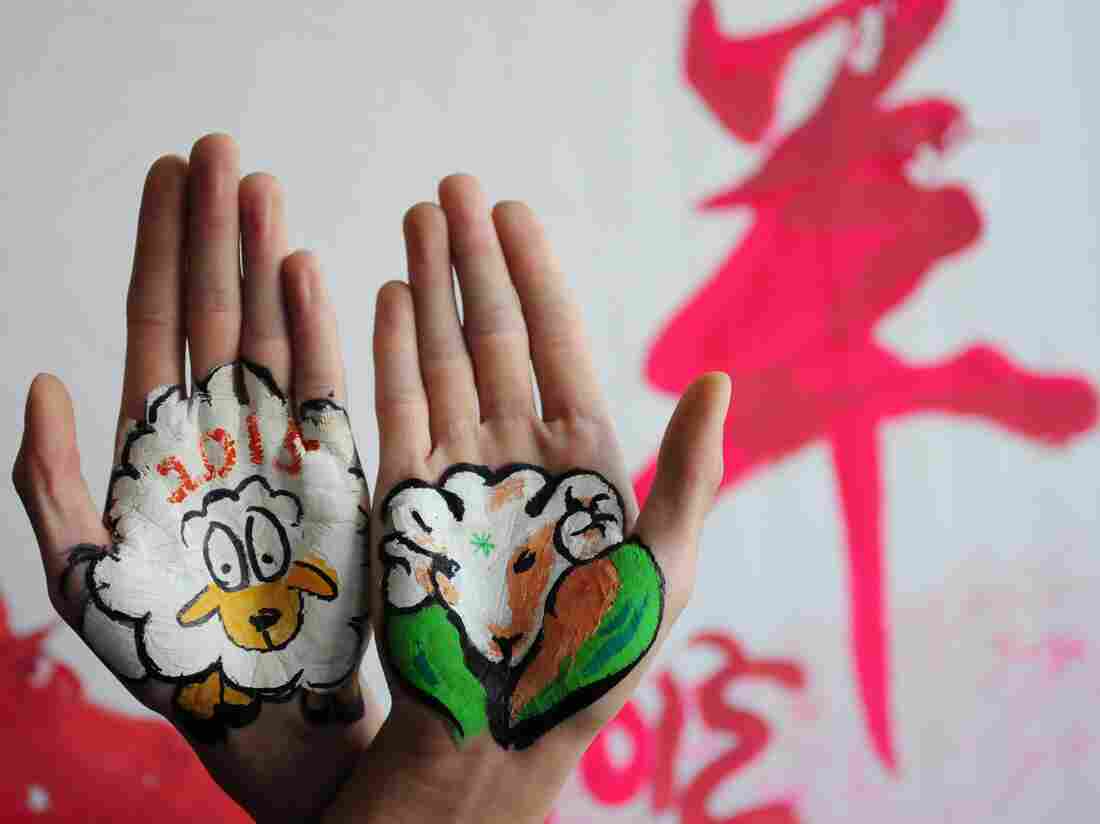 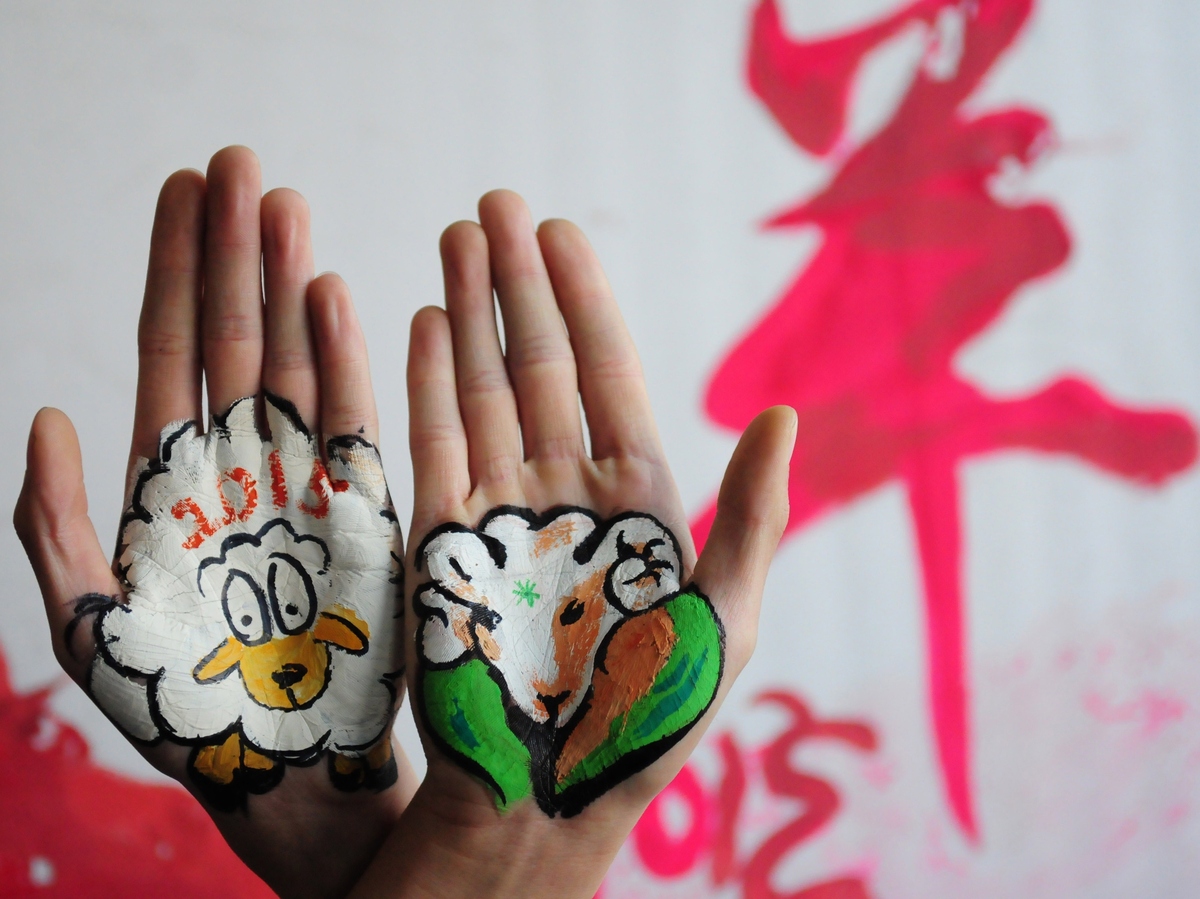 Will the real 2015 animal please stand up?

Many East Asian cultures use zodiac animals to symbolize each New Year and predict a person's fortunes. But which animal represents 2015 is up for debate.

Some Chinese words are vague and not as specific as English words, so yang could refer to either a goat, sheep or even a ram.

You may have seen goat, sheep or ram as the English translation for this year's animal according to the Chinese zodiac — yang, in Mandarin. All of them are correct, says Lala Zuo, a Chinese language and culture professor at the U.S. Naval Academy in Maryland.

"I don't think there's a wrong translation," she says. "I think there are various ways of translation. It really depends on the context."

Some Chinese words are vague and not as specific as English words, so yang could refer to a goat, sheep or even a ram. But in ancient times, Zuo says, that Chinese character meant goat.

"I think goat is more commonly seen by people in China, both in the north and south," she says.

Not in Korea, though, according to Sang-Seok Yoon, a Korean language instructor at the University of Iowa.

"China is big and there are many different types of one animal, but Korea is small and the most prototypical image of yang for Korean people is sheep," he says.

The correct way to describe this Vietnamese New Year is the year of the goat — or mùi in Vietnamese, according to James Lap, who teaches the language at Columbia University.

"In Vietnam, there is no sheep or ram at all because the weather is so hot," Lap says.

Some cultures go beyond the goat-sheep divide and assign one of five elements borrowed from Chinese astrology and even a gender to a zodiac animal. All of these characteristics can, supposedly, predict what's to come in the New Year.

In Tibetan culture, this is the year of the female wood sheep, according to Tsering Shakya, who teaches Tibetan literature at the University of British Columbia.

"A female year tends to be much more sort of peaceful than say male," he says. "Male is aggressive, and female will be more calm."

The Mongolian zodiac also forecasts a peaceful new year under the blue female sheep. The sheep is culturally important in Mongolia, in part because they are better for the environment, says Myagmariin Saruul-Erdene, who teaches Mongolian at the Foreign Service Institute.

"When sheep eat grass, they leave the roots there," he explains. "But when the goats eat them, they just take everything, so next year, there'll be like no more grass."

As for 2016, next year will be the year of the monkey, or the ape, depending on whom you ask.