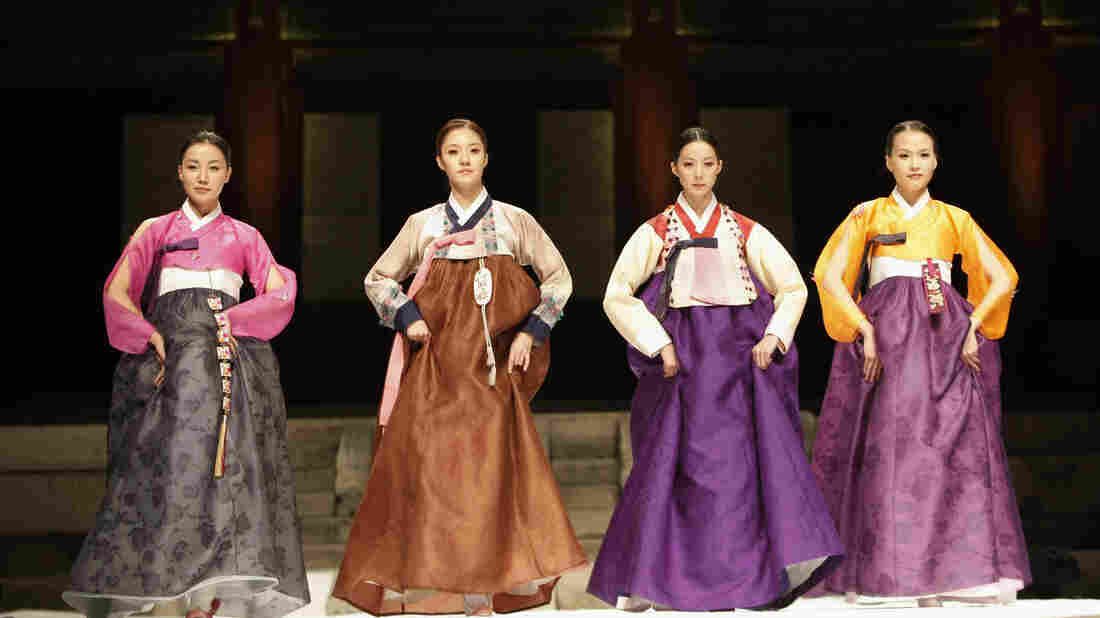 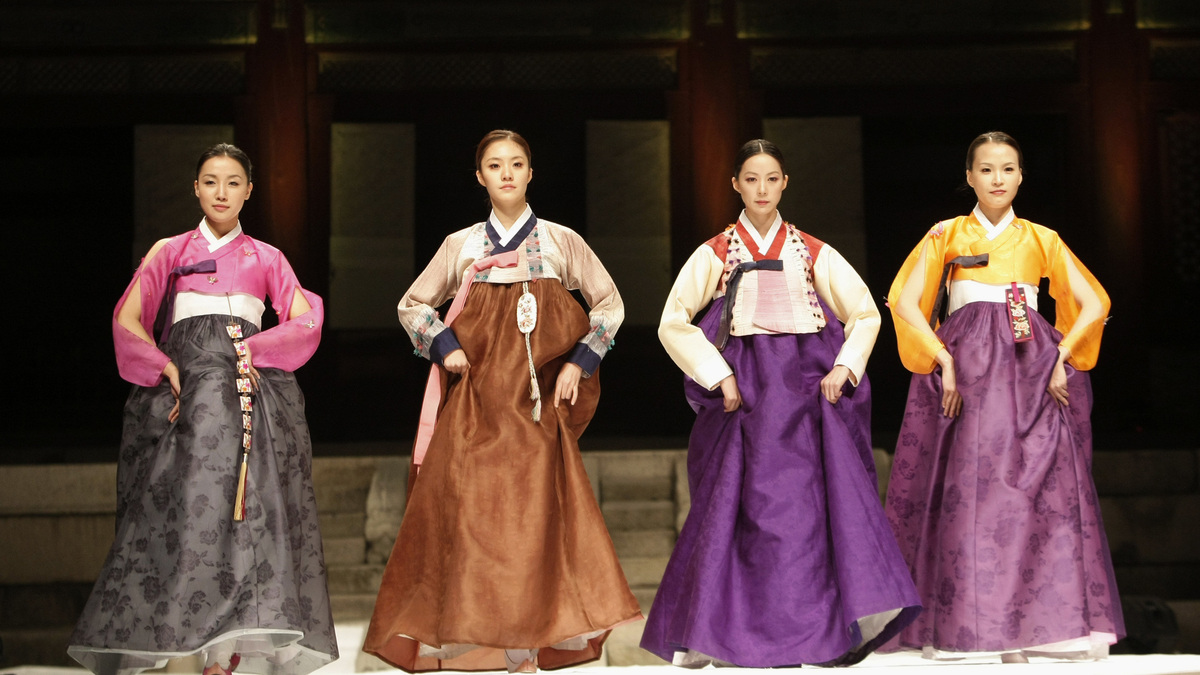 Models present the traditional costume known as hanbok during the 2010 Korea Hanbok Festival in Seoul.

Getting ready for the Lunar New Year once meant buying a new set of clothes for many families of Korean ancestry.

For centuries, the costume known as hanbok – a two-piece outfit traditionally made of embroidered cotton or silk worn by men and women – has played a central role in the new year's wardrobe.

"Family members would get together in a new set of hanbok and bow to each other in a traditional way, wishing good health and fortune," explains Minjee Kim, a costume historian who has studied hanbok, a style of dress modeled from 17th- and 18th-century daily attire worn during the Joseon Dynasty.

But this Lunar New Year tradition is waning.

While hanbok dresses are still in high demand during wedding season, these days a bride's hanbok dress might be the only one she ever buys. "Young couples today in Korea are not having as many children, so when they all get together for traditional holidays, those gatherings are very small," Kim says. "They don't try to keep their traditions strictly by wearing hanbok."

Kim adds that the cost of the custom-made outfits, which can run as high as several thousand dollars, has forced many families to scale back from making annual hanbok purchases.

Some families also turn to rental boutiques like Hanbok Story in Queens, N.Y. 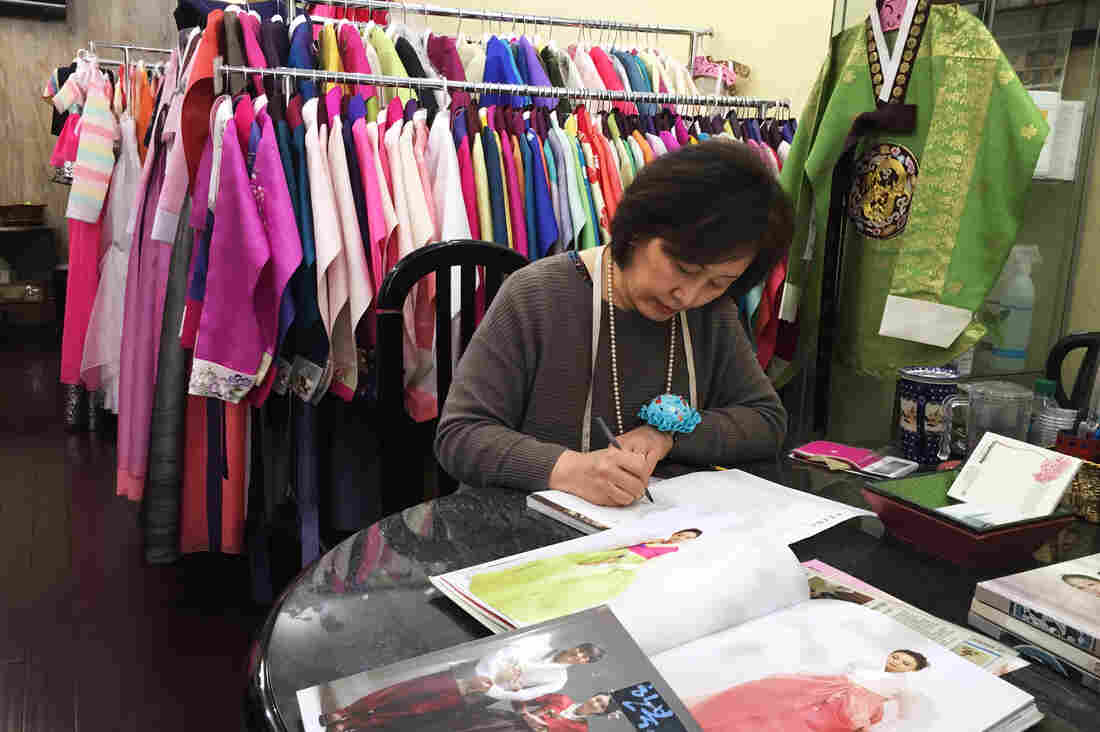 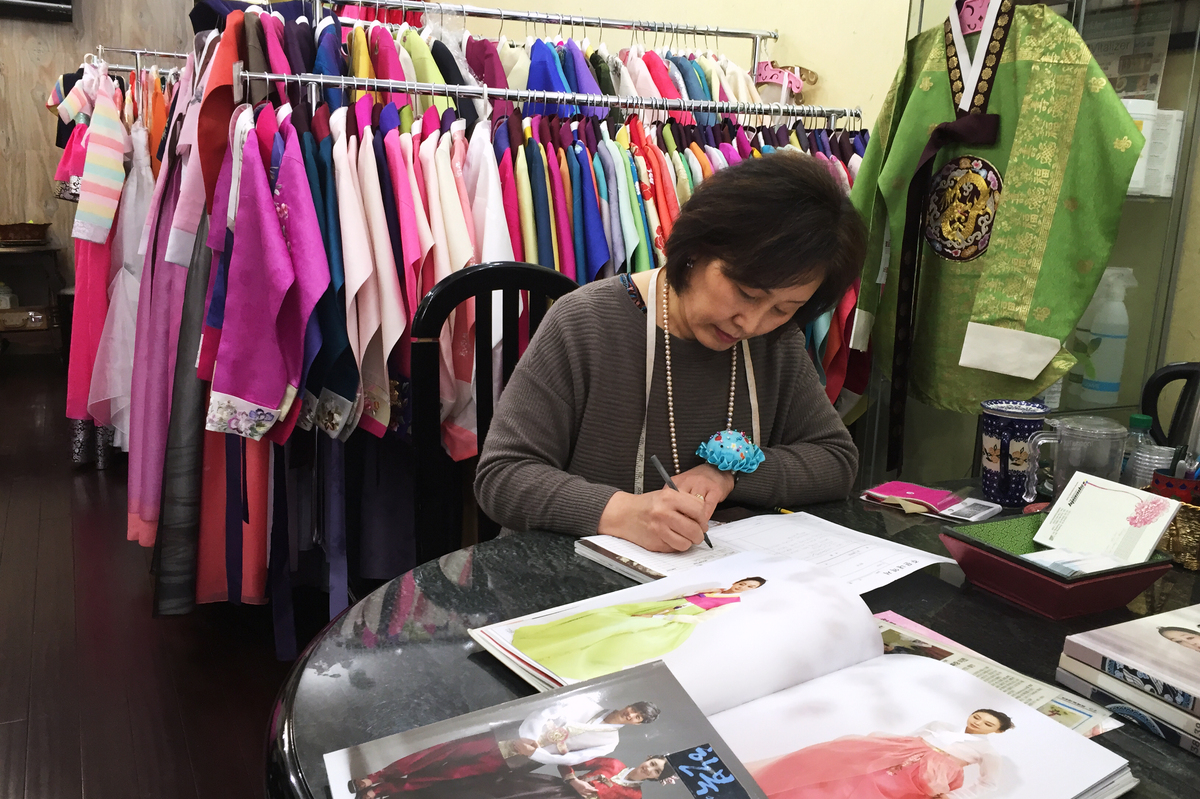 Youjung Jung takes a customer's order for a new outfit at her store Hanbok Story in Queens, N.Y.

Owner Youjung Jung, 57, opened the store six years ago after emigrating from South Korea. She says she's disappointed that fewer people are keeping the hanbok tradition in her home country and the U.S. Designing and making the outfits have been part of the family business for Jung as far back as her grandmother's generation. But her adult children, she says, have no plans to continue the business.

"It's a problem," she says with her eyes downcast.

For some Korean-Americans who live nearby, Jung's store has been invaluable.

Jinhee Kim, who lives in Queens, stopped by to buy a hanbok for the Lunar New Year after picking up her seven-year-old daughter from Korean-language school.

"I want my daughter to follow the Korean tradition. I'm just here for her," Kim says.

Lysa Anderson, who is Korean-American and also lives in Queens, says she is not getting a hanbok of her own for the new year, but she is getting her wardrobe ready for her son's doljanchi, or first birthday celebration.

"A lot of Korean women believe you should have a least one hanbok in your closet just in case," Anderson explains as Jung wraps a measuring tape around her husband Berris' waist. He's getting a hanbok, too.

Berris, who is Jamaican-American, says wearing the outfit is a way to keep the Korean culture alive in his family.

"I wish that my mother-in-law was still alive, and I wish that my wife had brothers and sisters. But she doesn't. She's an only child. So I think that if we don't maintain it, then it can very well be lost," he says. 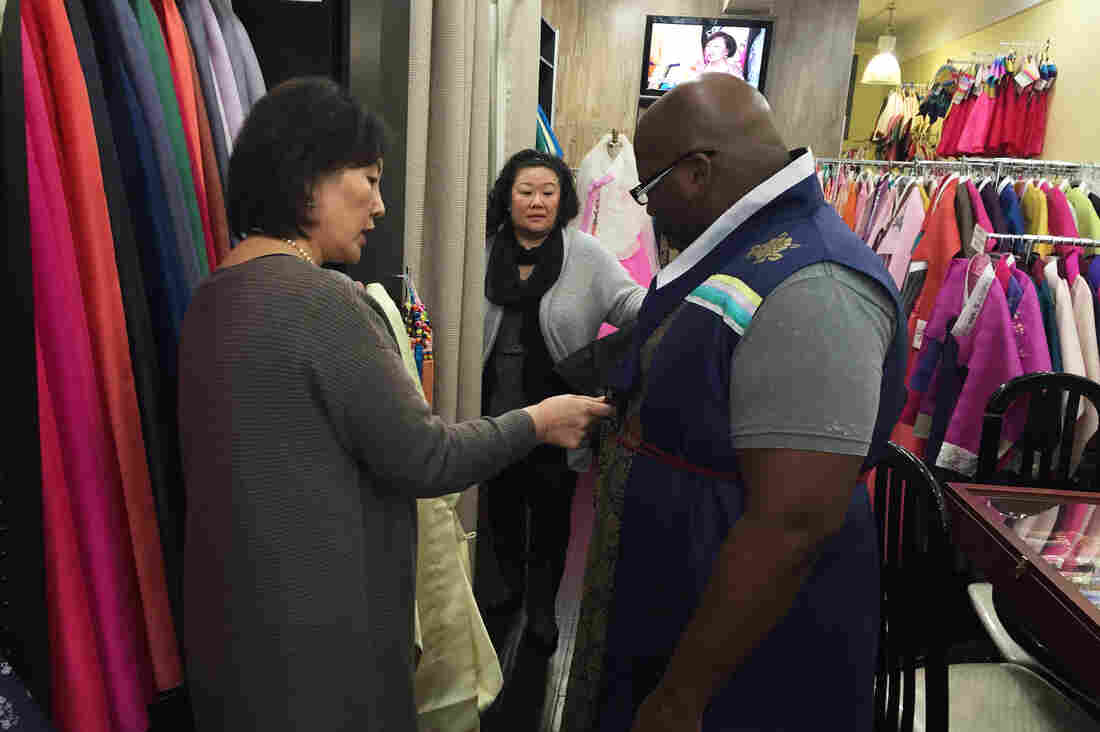 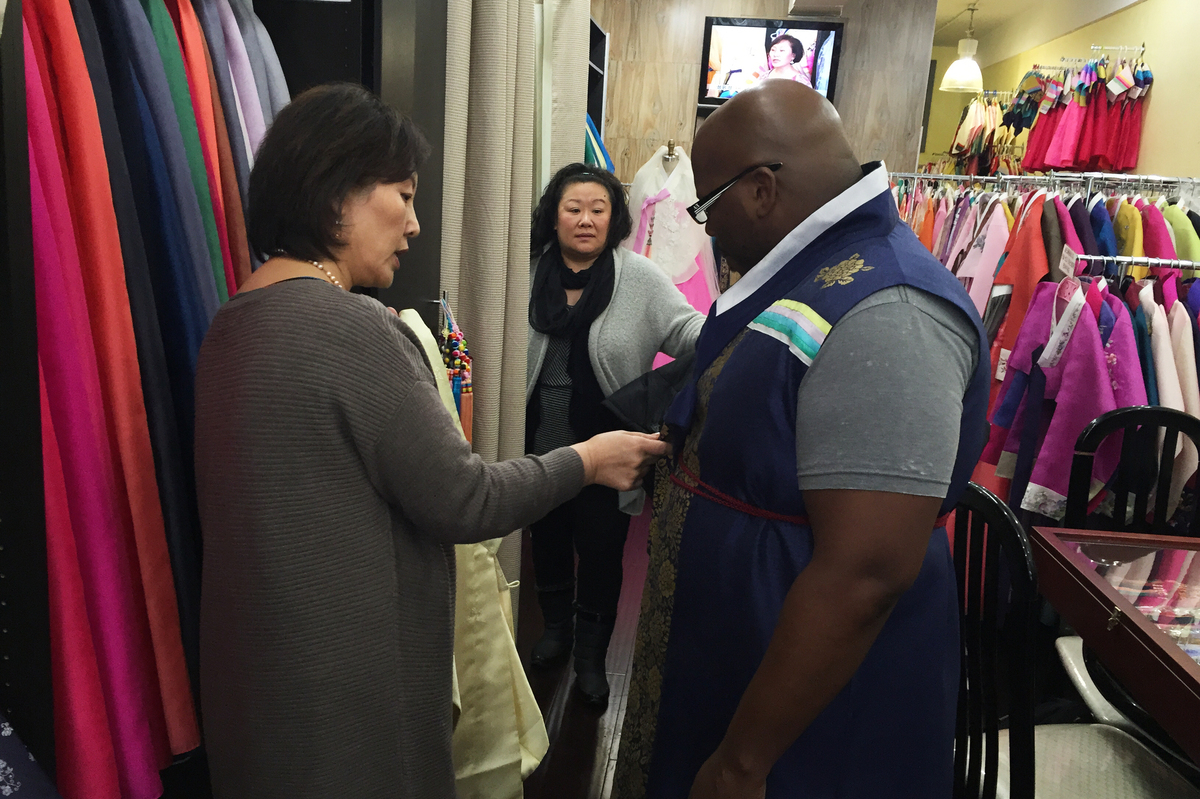 Youjung Jung measures Berris Anderson for a hanbok as his wife Lysa watches.