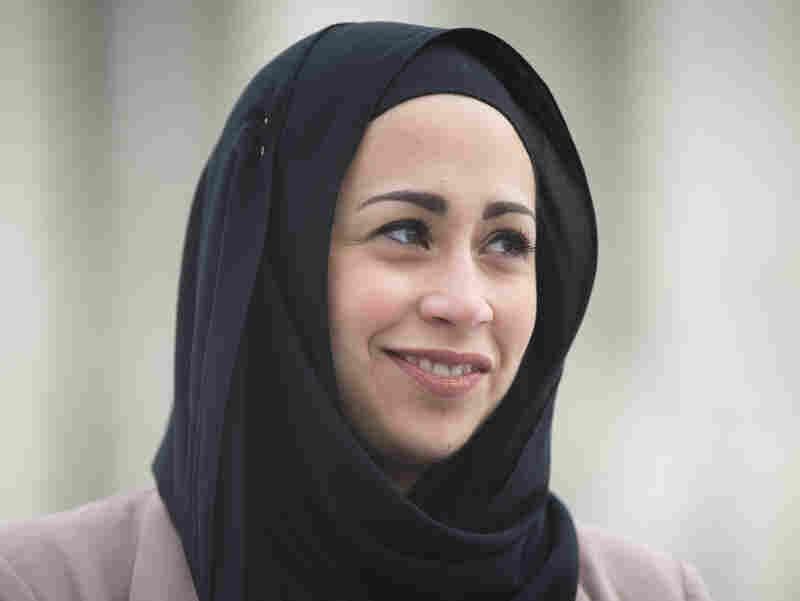 Samantha Elauf was not hired by the preppy retailer Abercrombie & Fitch because she wore a headscarf during her job interview, which the company said conflicted with its dress code. Pablo Martinez Monsivais/AP hide caption 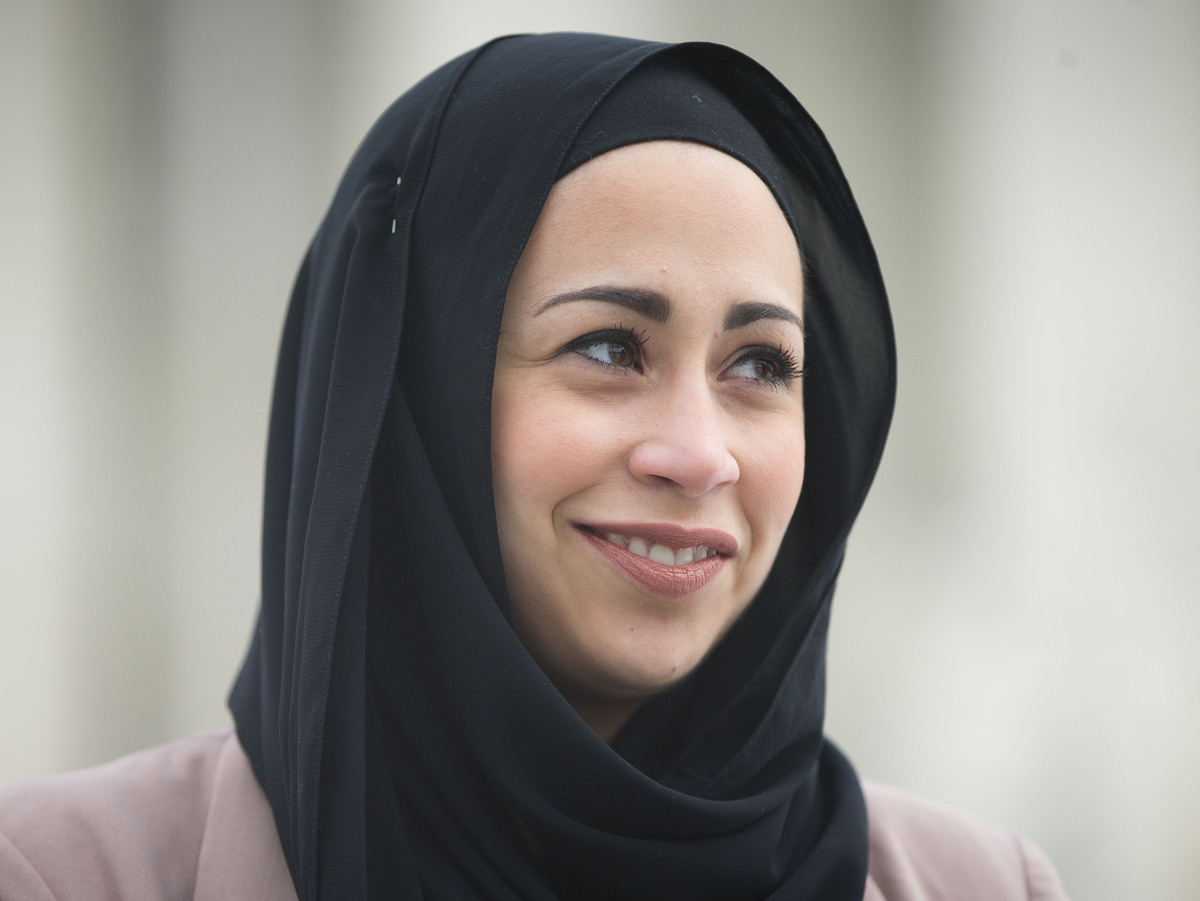 Samantha Elauf was not hired by the preppy retailer Abercrombie & Fitch because she wore a headscarf during her job interview, which the company said conflicted with its dress code.

A closely watched case before the Supreme Court Wednesday could have big consequences for religious rights in the workplace. It involves Abercrombie & Fitch, the preppy, mall-based retailer, and a young Muslim woman who wore a headscarf to a job interview at the company seven years ago.

The case rests on Title VII of the Civil Rights Act, which makes it illegal to "fail or refuse to hire or to discharge any individual ... because of such individual's race, color, religion, sex, or national origin." How the court decides the case could force us to rethink the balance between religious rights and employer responsibility.

But let's back up a bit. Abercrombie famously employs a "Look Policy" that lays out in exacting detail what its "sales models" can wear when they're helping customers or folding clothes on the sales floor. (Por ejemplo.) Back in 2008, Samantha Elauf, who was 17 at the time, went in for an interview for a sales model position in one of Abercrombie's locations in Oklahoma. The assistant manager who spoke with Elauf gave her solid marks on the three "competencies" required for the job of model at one of the stores: "outgoing and promotes diversity," "sophistication and aspiration" and "appearance and sense of style." Elauf said that at the end of her interview, the store's assistant manager told her that they would call her in a few days about orientation.

But she never got a call. When Elauf asked a friend who worked at the store why she wasn't hired, her friend told her that the higher-ups said that her headscarf violated the chain's Look Policy.

Here's what Heather Cooke, the assistant store manager who interviewed Elauf, said happened next. "I think it says in the handbook you can't wear hats. So I was unclear," she told the court. "That's why I asked the store manager and the district manager."

And I told him that I believed that she was Muslim, and that was a recognized religion. And that she was wearing it for religious reasons. And I believe that we should hire her.

Cooke: He told me not to hire her.

Elauf and the Equal Employment Opportunity Commission brought a lawsuit, and a lower court sided with them. But Abercrombie won on appeal. As the case has wended its way through the court system, a few tricky questions have come to the fore: Did Abercrombie know that Elauf wore a headscarf for religious reasons, and does it matter? Was it Elauf's responsibility to bring up a connection between her faith and her headscarf during her interview, so that Abercrombie could figure out how to accommodate her? And how does all of this affect workplace discrimination laws for the rest of us?

Amy Howe of the indispensable SCOTUSblog laid out the arguments both sides are making to the Supreme Court Wednesday.

"Instead, [the EEOC] argues an employer can't refuse to hire someone based on its understanding of her religious practices if that understanding is correct — as it was in this case, when the assistant manager understood that Elauf was wearing the scarf because she is a Muslim, even if Elauf did not specifically say so.

"Otherwise, the government complains, employers could easily get around the anti-discrimination laws as long as they aren't certain about an applicant's religious practices. And, it adds, an employer is often in a better position than a would-be employee to know its rules and whether they might conflict with an employee's religious practices."

Howe lays out Abercrombie's argument that putting the burden on employers is tricky:

"How, it asks, are employers supposed to know whether an applicant will want or need an exemption from their rules? This is particularly difficult, it notes, when the anti-discrimination laws protect all would-be applicants, even if their religions aren't well known or the members of that religion don't necessarily agree on what their faith requires.

"Moreover, Abercrombie adds, an employer isn't supposed to ask a job applicant about her religion at all. Even the EEOC's earlier statements had previously acknowledged this difficulty, it points out, by requiring a job applicant to ask the employer to work with her to accommodate her religious beliefs."

It's worth noting that this isn't the first time Abercrombie's Look Policy has landed it in a headscarf-related lawsuit. In 2008, a woman named Halla Banafa claimed that a manager at Abercrombie's Milpitas, Calif., location didn't hire her because of her headscarf. And Umme-Hani Khan, who worked at one of the company's Hollister stores in San Francisco, was fired in 2010 after a district manager visiting her store ordered her to remove her hijab.

After Abercrombie settled both of those cases in 2013, it changed its Look Policy to allow employees to wear headscarves, but it's not clear how those settlements affect Elauf's case. We don't know when the Supreme Court's decision for the Elauf case will come down, but see the update below for a recap of what happened in the high court Wednesday.

After hearing the arguments in court Wednesday, NPR's Nina Totenberg says several justices suggested that, during a job interview, the employer could say something like, "We have a no-beards policy, or a no-headscarf policy; would you have a problem with that?"

Here's her full report for All Things Considered on what the justices asked — and how the lawyers answered.