Accessibility links
This Month (And Every Month), Black Sci-Fi Writers Look To The Future : Code Switch For years, black authors stood out in science fiction and fantasy because there were so few. Now, says Alaya Dawn Johnson, though there are still obstacles, black authors are making themselves heard.

Author Steven Barnes vividly remembers attending science fiction conventions when he first started in the field 30 years ago: "For almost 20 years, as far as I could tell, I was the only black male science fiction writer in the world," he says. The legendary Samuel R. Delany, who'd written science fiction classics like Nova and Dhalgren, had left the field, Barnes says, because it had become impossible for him to make a living there; those early conventions were distinctly unwelcoming to nonwhite voices. 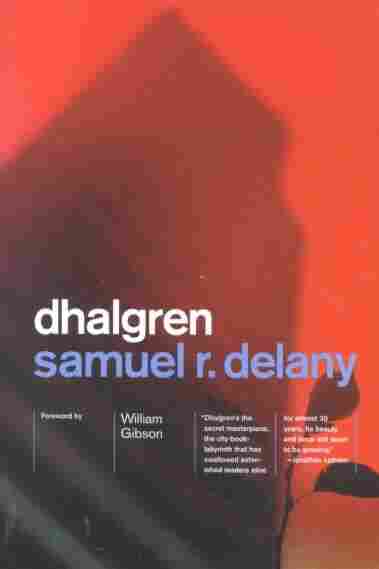 "I had black friends in the field who would not talk about how they really felt to their white friends because they were afraid of losing their friendship," says Barnes, whose science fiction bona-fides are extensive and hard-earned; he has published over two dozen novels and written for shows like Stargate SG-1 and The Outer Limits. He's a black man who has dedicated his life to this genre, but, he says, "It can be very painful in the nerd tribe."

I get that. Conventions in the world of science fiction and fantasy have an intensity and outsized importance that strangers to the genre can find puzzling. Nearly 30 years after Barnes' first experiences, I attended the World Fantasy Convention in Calgary, Alberta, with writer N.K. Jemisin (who went on to write the much-acclaimed Inheritance trilogy). My first novel had just been published. The whiteness of this supposedly "world" gathering felt a little extreme, but nothing I hadn't expected.

But then it got odder. Multiple strangers approached me to ask if I'd found my friends earlier that day. I panicked, thinking I had forgotten some acquaintance. That night, when I returned to my hotel room, Jemisin started to complain about having had a hard time finding her breakfast companions. The pieces clicked, and we stared at each other in horror: They all thought we were the same person. We look nothing alike. But we were black women, and all too often in our community, that's enough.

I do not know of a single black SF writer who has not experienced this. Memorably, Jemisin was once mistaken for the great Octavia E. Butler — two years after her death. These are degrading experiences that strip away our humanity and achievements, yet require no malice on the part of those making these mistakes (and not just in person — a major magazine in the field once printed a convention report mistaking me for Andrea Hairston). But the trick of institutional racism is that it requires no malice, only complacency.

This might make it sound as if the situation is dire for black writers of SF. But as frustrating as the plague of mistaken identities is, I can't help but take some comfort in it. When Delany was dominating the field, he was the only black male writer of his generation. For decades Butler's arresting, mind-bending, diverse visions of the future were the brilliant but singular offerings of a black female voice. In other words, for years they didn't have to tell us apart because we were never more than a handful.

For years they didn't have to tell us apart because we were never more than a handful. But what's happening now? There are more black writers of science fiction than there have ever been.

But what's happening now? There are more black writers of science fiction than there have ever been. Every year more of us debut to wider acclaim, find ourselves regularly on genre awards lists for the first time, and experience the pleasure of seeing more and more diverse faces at conventions. The black community has always embraced science fiction — the famous Dark Matter anthologies, edited by Sheree R. Thomas, included a work of speculative fiction from W.E.B. Du Bois. And now science fiction has, I think, finally been forced to recognize us.

But our rise to prominence — which can seem sudden if you haven't been aware of the deep currents of science fictional imagination that have rippled through the black community for more than a century — also brings out dormant hostility. In his article "Racism in Science Fiction," published in the 1990s, Delany predicted the current backlash that can make it easy to dismiss SF as more racist than other fields (it isn't).

As long as there are only one or two black writers, Delany wrote, he doesn't expect to experience much overt racial hostility in a field where people pride themselves on their liberal values. But that's only "until, say, black writers start to number thirteen, fifteen, twenty percent of the total. At that point, where the competition might be perceived as having some economic heft, chances are we will have as much racism and prejudice here as in any other field."

Here we are, a force for once in numbers as well as talent (we always had that), spinning visions of futures where our existence is not just a token nod to diversity, but fundamental to our understanding of the world.

Nearly 20years later, that prejudice abounds: Whitewashed covers, hostile dismissals of "identity politics" and "political correctness" as a barely veiled attempt to silence us, all-white panels on diversity, all-white anthologies of "the best" science fiction and continual institutional barriers to traditional publication based on appeals to marketability that really reflect the publishing houses' disbelief in the power and appeal of black storytelling.

And yet here we are, a force for once in numbers as well as talent (we always had that), spinning visions of futures where our existence is not just a token nod to diversity, but fundamental to our understanding of the world. "I think that we are in a transitional age right now and are unapologetically staking out a place to create visions of a future that includes us," says Jennifer Marie Brissett, whose debut novel Elysium was recently nominated for the Philip K. Dick award. "As more of us appear, we bring fresh ideas to the field, offering different insights into what the future may hold and to who we all are as human beings."

To the extent that science fiction is the literature of ideas, of plausible futurism, of extrapolation from social trends that can help us locate ourselves better in the present, we have helped to make science fiction more relevant than ever. Afrofuturism was a hugely important phenomenon in the black community, but George Clinton or Sun Ra never got invited to a World Science Fiction Convention. Last year, the groundbreaking musical artist Janelle Monae, whose work is strongly inspired by afrofuturism, received an honorable mention for the prestigious Tiptree Award for her album The Electric Lady. The lines are converging; we are rewriting our futures. 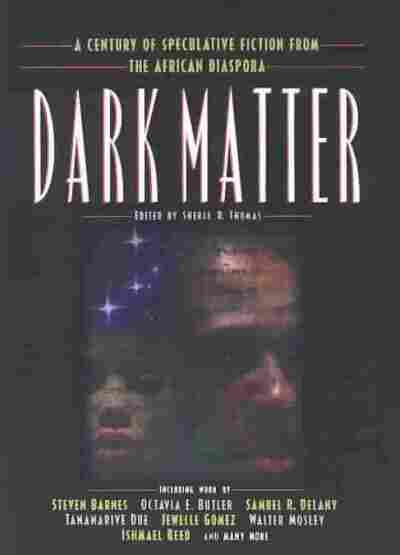 A Century of Speculative Fiction from the African Diaspora

"For me, 'science fiction' is the state of being black on the planet," says anthology editor Sheree R. Thomas. "Living, observing, exploring what it means to be human in times and spaces that clearly devalue that humanity." The current public struggles in the SF community are "just a natural part of the process of allowing more voices to speak in a genre that has long claimed to be the haven for exploring the impossible and the unspeakable."

But what science fiction likes to imagine of itself has long been at odds with reality. Steven Barnes says that while science fiction writers were no worse than those of other genres, "they had the hallucination that they were better." Canadian writer Minister Faust grew up loving traditional SF worlds, "and only later came to understand how thoroughly Eurocentric and often imperialist they were." If science fiction is a literature of ideas, it is also one of myths — and it is this central role of myth-making that Barnes feels is particularly important to black writers. "Black Americans have more of a need of that than anybody. It's important that stories are created about us where we're fully fleshed human beings."

And if no one else will, then we have to be the first. Nnedi Okorafor, whose science fiction novels include Who Fears Death and Lagoon, has won and been nominated for some of the most prestigious awards in the field. She is a Nigerian-American, and it was not her reading, but her cultural heritage that led her to see the potential of the genre. "I noticed the future happening in Nigeria in a way that was not being reflected in literature, science fiction or otherwise." And so she imagined it herself.

To aspiring writers, even just one role model can give us the confidence to write in our own voices. Author Tobias S. Buckell recalls that when he began to write novels, "just knowing that Nalo Hopkinson was writing science fiction infused with the Caribbean granted me a deep strength to write exactly what I wanted to write."

It's important that stories are created about us where we're fully fleshed human beings.

Sherri L. Smith came to the genre after several mainstream novels, and her Orleans is one of the very few young adult science fiction works with black main characters. "If this is a golden age of black science fiction, I hope it's just the beginning," she says. "I'd like to be on the vanguard of something rich and wonderful, and I think we are just getting started."

I think she's right, but there's a part of me that feels a little too jaded for complete optimism. Andrea Hairston — an academic, a playwright, a novelist and Tiptree Award winner (who doesn't look like me) — echoes that sense of caution: "I still don't see a golden age happening with the larger publishing houses." Institutional barriers are high and hard to break down, not the least because the individuals who build them don't see anything wrong.

Two years ago, N.K. Jemisin wondered why no one spends time focusing on black futures as well as black history during this shortest month of the year. She wondered if she'd spent too many years swallowing all-white, "bizarro-world versions of humanity, and they have become a toxin poisoning my imagination." But Janelle Monae — that afrofuturist electric lady, "is a tiny, fast-footed, pompadour'd antidote to all of that."

And so is Jemisin herself, and Samuel R. Delany and Octavia E. Butler and W.E.B. Du Bois and the other few dozen of us who have come — remarkably, improbably — into literary spaces once so comfortably white and who have sat down, and who have just begun to speak.

Read an excerpt of Dhalgren

Read an excerpt of Dark Matter