Accessibility links
Leonard Nimoy On Mr. Spock's Jewish Heritage : Code Switch The actor, who died on Friday at the age of 83, brought a lot of his Jewish roots to the role of Mr. Spock, including a certain iconic hand salutation. 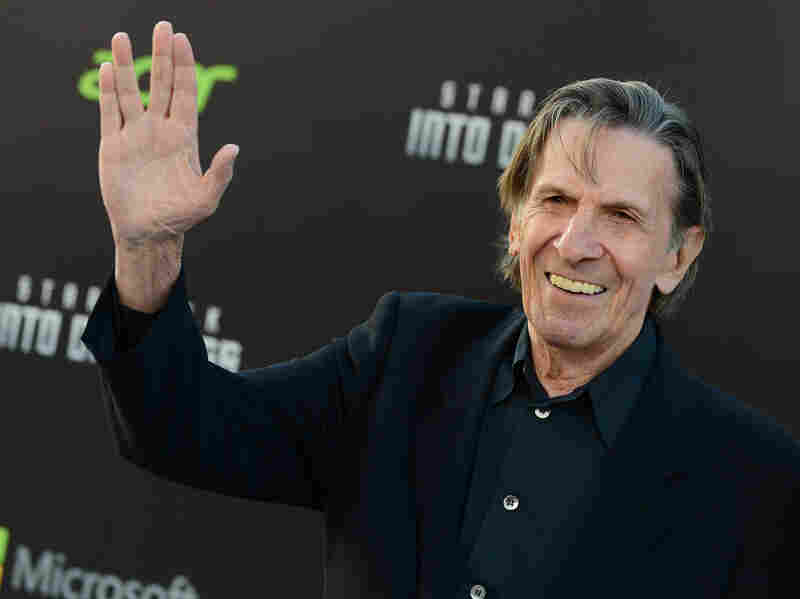 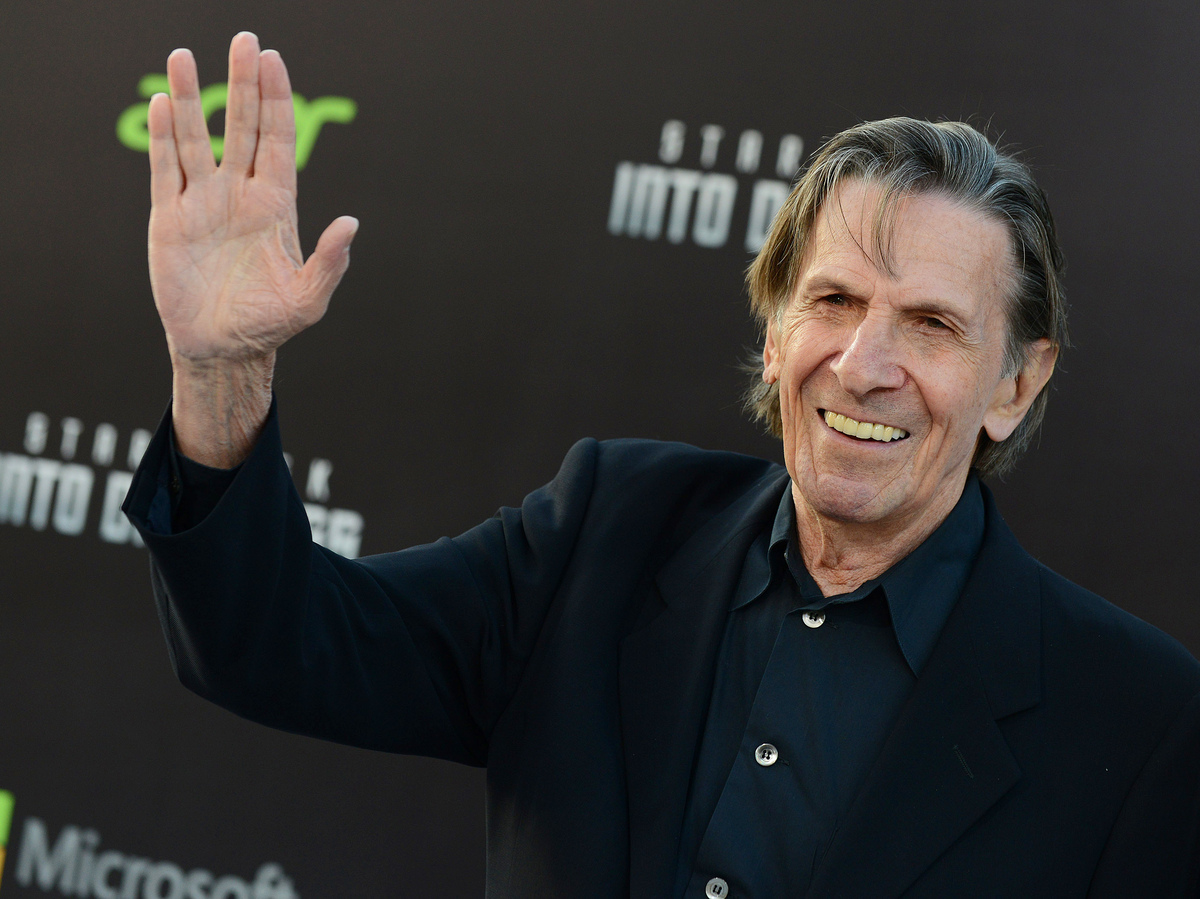 Leonard Nimoy said that Mr. Spock was "an alien everywhere he went."

Leonard Nimoy, the beloved actor who played Mr. Spock in the Star Trek franchise, died Friday at the age of 83. There's a lot to write about Nimoy's life — our colleague Neda Ulaby has a nice remembrance here — and there will almost certainly be more to come.

But we wanted to share this video of Nimoy from the Yiddish Book Center, in which he recalls his early life. Nimoy was the son of Orthodox Jewish immigrants from Ukraine, and he said that his identity informed much of his approach to his famous hyperlogical character.

'Spock is an alien, wherever he is. Because he's not human. He's not Vulcan. He's half and half — what we used to call a half-breed. ... He's not totally accepted in the Vulcan culture because he's not totally Vulcan. Certainly not totally accepted in the human culture because he's part Vulcan. And that alienation was something I learned in Boston. I knew what it meant to be a member of a minority — and in some cases, an outcast minority. So I understood that aspect of the character, and I think it was helpful in playing him.

Nimoy goes on to say that the iconic "live long and prosper" salute that he created for the character was remixed from a Jewish benediction ritual:

An earlier version of this story stated Nimoy's parents were from Hungary. In interviews, Nimoy has stated his parents emigrated from the town of Zaslav in Ukraine.