Accessibility links
Uncovering Hidden Black History, On Screen And On The Page : Code Switch On TV and in the movies, it can sometimes seem like black people only existed during slavery or the civil rights era. K. Tempest Bradford recommends some books that bring hidden history to light. 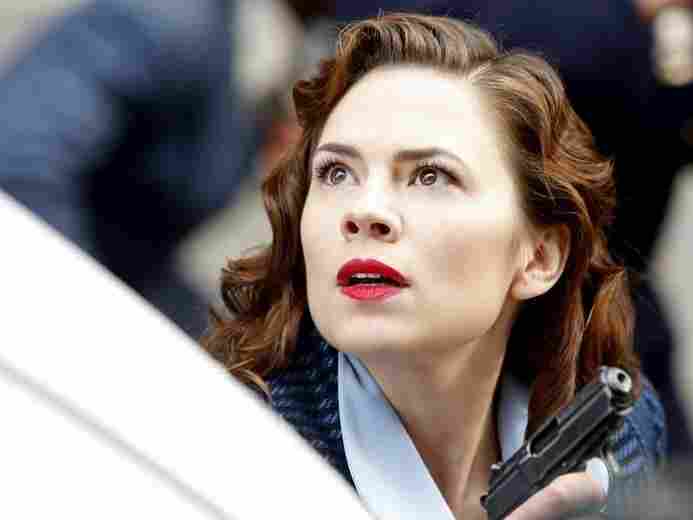 Viewers have criticized the lack of characters of color in Marvel's Agent Carter -- K. Tempest Bradford says it's just one of a long line of properties that overlook the presence of African-Americans outside of slavery, Reconstruction and the civil rights era. Kelsey McNeal/ABC hide caption 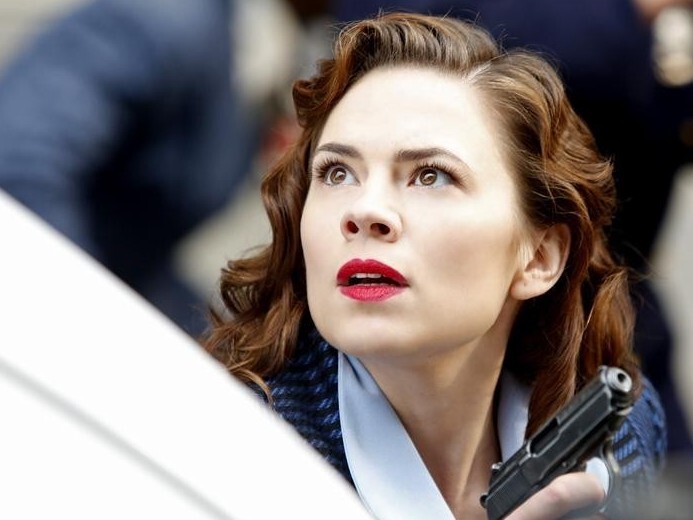 Viewers have criticized the lack of characters of color in Marvel's Agent Carter -- K. Tempest Bradford says it's just one of a long line of properties that overlook the presence of African-Americans outside of slavery, Reconstruction and the civil rights era.

One of the major criticisms leveled against the popular but problematic Marvel's Agent Carter (which just finished up its first season on ABC) is that it lacks black characters. The show takes place in New York City in 1946, and to some people that means the lack of diversity makes sense — and it's only the most recent example in an ongoing conversation/argument about books and other media set in the past — whether it's the real past or an alternate history — that are missing people of color.

And when critics comment on that absence, the loudest and most vehement reaction tends to be "but that wouldn't be historically accurate!" (You can find a condensed chronology of that argument here; contributors to the excellent MedievalPOC blog came up with a lengthy list of notable black people from the Agent Carter era who didn't qualify as The Help.)

Honestly, I blame Black History Month for this. So often, we focus on history that fits within a narrow range: The civil rights movement, the Civil War, American slavery and the transatlantic slave trade. While those are all important pieces of history to focus on, they are not the whole story — and they lead people who've only ever paid attention to black history during February to presume that we did not exist outside of those particular moments in time.

Here are some books that'll introduce you to a few potentially surprising places and times where blacks not only existed, but made a lasting impact.

The perception that blacks were absent from life in 1940s America (outside of service roles) is largely due to their absence in the media that comes down to us through time. As author Maureen Honey points out in her book Bitter Fruit: African American Women in World War II, "Advertising, recruitment papers and newsreels nearly always portrayed white women as ... Army nurses, defense plant workers, service wives ... and the like in the national effort to get women into wartime activities." This collection of photos and writing by and about black women is a great place to start uncovering the lives that contemporaneous sources ignored and buried.

Black Women in Nineteenth-Century American Life: Their Words, Their Thoughts, Their Feelings

The first African American to publish a medical text was Dr. Rebecca Lee Crumpler, also the first black woman to earn a medical degree. She wasn't alone in this for long; within a few years she was joined by Rebecca J. Cole and Susan McKinney Steward, and by 1900 there were also Matilda Arabella Evans, Ida Gray Nelson Robbins, Eliza Ann Grier, and Sarah Parker Remond.

For Remond, her career as a doctor was a second one. She was a prominent lecturer and abolitionist who traveled throughout the US and to Europe to lecture against slavery, rouse foreign support for the Union cause, and advocate for freedmen once the war ended. She retired to Florence, Italy — where she earned a medical degree and set up a practice that lasted for 20 years. She never went back to America.

The Great Black Jockeys: The Lives and Times of the Men Who Dominated America's First National Sport

Aristides, the first horse to win the Kentucky Derby, is immortalized in bronze at Churchill Downs. The black jockey who rode him to victory is not. African Americans played a major role in the early history of thoroughbred horse racing, a fact that is almost forgotten today. Oliver Lewis was one of 13 black jockeys in that first Derby out of a field of 15 (he's buried in Lexington, Kentucky's famous African Cemetery No. 2). African Americans rode in all the major stakes and played key roles in the training and breeding of race horses from the early 18th century. But by the early 20th century, their contribution had been forgotten so thoroughly that even the graves of those early Derby winners were obscured by brush and overgrowth.

And here's one more: When the BBC's Merlin debuted, fantasy fans on both sides of the pond cried foul on the casting of Angel Coulby in the role of Guinevere. Coulby is Guyanese, but she read to many viewers as black, which prompted some to denounce the show's creators for introducing historically inaccurate elements in order to be PC. 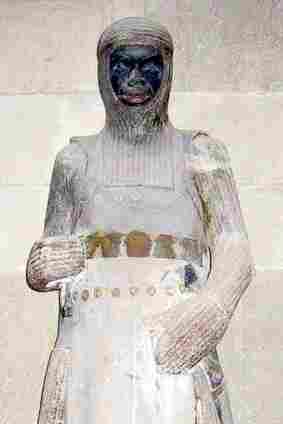 These viewers clearly had not heard of Sir Morien, a black knight from Arthurian legend.

Morien is the son of a Round Table knight and an African noblewoman who's not just some random knight mentioned in passing. No, there's a long saga written just about his exploits, including how he came to England to search for his father, how he and Lancelot were so well matched in skill that neither could best the other, and how he finally ended up a king in his mother's native land.

You can read an English translation of Morien's saga at the Celtic Literature Collective.

These are just a handful of examples, and very Western-centric at that. They're only a small part of black history — but I hope they'll inspire you to discover more parts of it, and expand your understanding of this long, rich story.