The Man Behind The Speech: Judge Carlton Reeves Takes On Mississippi's Past

The Man Behind The Speech: Judge Carlton Reeves Takes On Mississippi's Past

In a Mississippi courtroom in February, three young white men were sentenced for a hate crime: beating up a black man in a parking lot one June night in 2011, running over his body with a truck and leaving him to die. U.S. District Judge Carlton Reeves, who heard the case, asked the young men to settle into their chairs before he delivered their sentence. He had something to tell them.

With a 2,500-word speech that's since been read a million times — and counting — on our site, Reeves invoked the dark days of the state's past, when the killers would likely have faced no consequences, "their marauding dismissed as acceptable racially inspired pranks." Instead, he handed down sentences of between 7 and 50 years in prison for the defendants. In remarks thick with sadness, Reeves reflected on how this crime recalls racist mobs from Mississippi's past:

"A toxic mix of alcohol, foolishness and unadulterated hatred caused these young people to resurrect the nightmarish specter of lynchings and lynch mobs from the Mississippi we long to forget.

"Like the marauders of ages past, these young folk conspired, planned and coordinated a plan of attack on certain neighborhoods in the city of Jackson for the sole purpose of harassing, terrorizing, physically assaulting and causing bodily injury to black folk. ... This was a 2011 version of the nigger hunts."

He spoke of the "scar of America's history" in a state that today is nearly 40 percent black, but one of the most segregated states in the country. It is also the poorest, and it remains the only U.S. state to include the Confederate flag on its state flag. 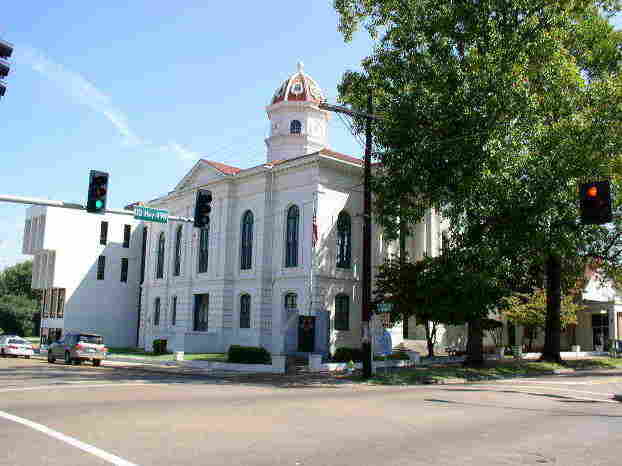 As a teenager, Judge Carlton Reeves spent his summers making trips to this courtroom in downtown Yazoo City, Miss., to observe lawyers and judges in action. Gerald McKibben/Flickr hide caption 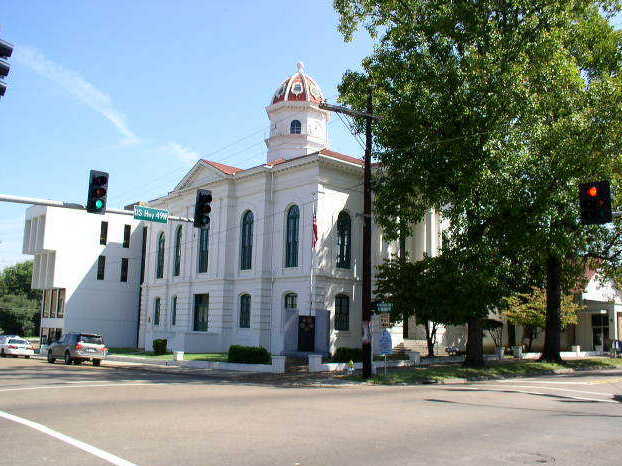 As a teenager, Judge Carlton Reeves spent his summers making trips to this courtroom in downtown Yazoo City, Miss., to observe lawyers and judges in action.

"Mississippi has a tortured past, and it has struggled mightily to reinvent itself and become a New Mississippi. New generations have attempted to pull Mississippi from the abyss of moral depravity in which it once so proudly floundered. Despite much progress and the efforts of the new generations, these three defendants ... and their co-conspirators ripped off the scab of the healing scars of Mississippi ... causing her, our Mississippi, to bleed again."

It's a Mississippi that Reeves knows all too well, having grown up in the rural Yazoo City, 40 miles north of Jackson, where "everybody knew their place," he said in an interview. "It was divided by railroad tracks, and you knew where you could and could not go."

As a child, Reeves was in the first class of students to attend integrated public schools and the first person in his family to attend a four-year college, the historically black Jackson State University. He earned his law degree from the University of Virginia at a time when its law school was more than 85 percent white. Appointed by President Obama in 2010, he was the second African-American to be named a federal judge in Mississippi. And last year, Reeves made national headlines when he struck down a ban against same-sex marriage. 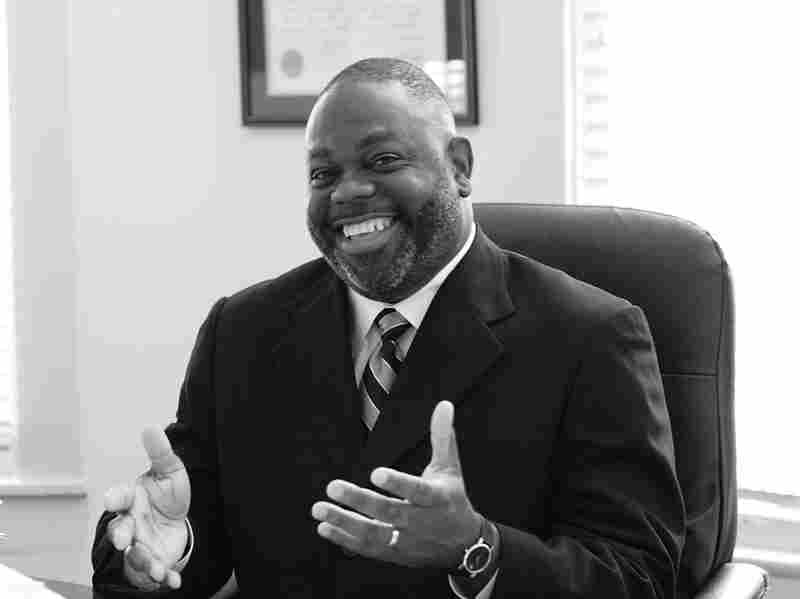 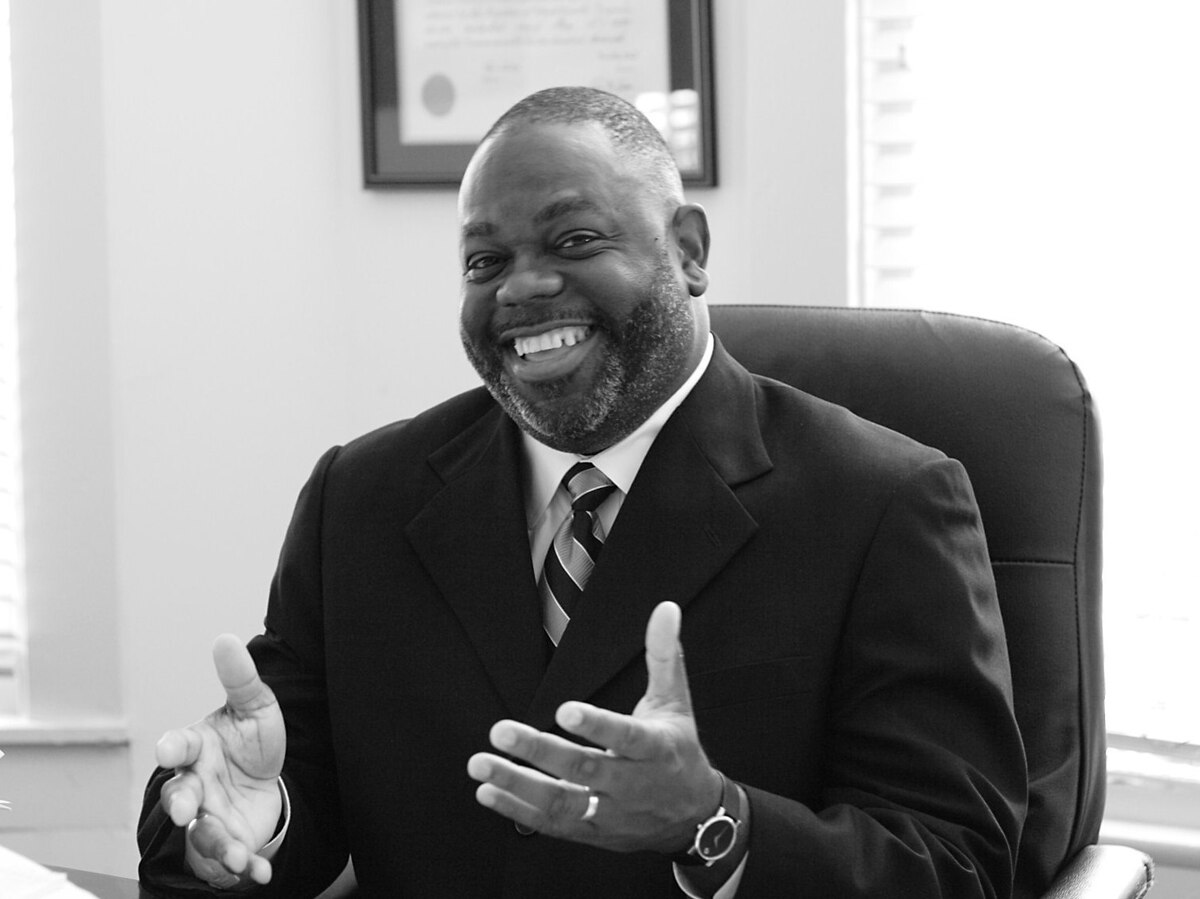 He was always interested in the law, even as a kid, and he got his first behind-the-scenes look one summer as a preteen when he cleaned the office of a judge named William Barbour at the Yazoo County Courthouse, as a favor for a friend who was on vacation. He remembers being intrigued by the Xerox machine in the judge's office; he'd never seen one before.

"I was playing with the machine, turned it on and didn't know how to stop it," he says. "So I pushed the emergency shut-off machine, completely shutting down all the power to it. I ended up having to confess to Judge Barbour that I thought I broke it." (In a neat trick of history, Reeves replaced Barbour when he joined the federal bench in 2010; Barbour swore him in.)

"It will do a great deal of good for the state of Mississippi, to get people to reconsider the 'Moonlight and Magnolia' version of history and look at the past for what it was and, unfortunately, what it still produces sometimes."

Despite his embarrassment, the young Reeves was hooked. During summers in high school, he would camp out at Yazoo City's courthouse to watch trials in action. "I would go by and just sit in, see what was happening, but I didn't know what I was looking at for the most part," he says.

Reeves left Mississippi in 1987 to attend law school at the University of Virginia. "I wanted to go to a school near Washington," he says, "and I always thought of Virginia as the East Coast. But it was apparent to me once I got there that I was still in the South. In fact, I thought U.Va. was a bit behind on the race issue. Mississippi had confronted some of the issues that Virginia was still struggling with."

The legal biography book Beyond the Big Firm recounts an incident during his second year as a law student, when students took issue with a sign reading "No Jews, No Wops, and No Nigga Babes" that a U.Va. fraternity had hung on its building to ban minority students from attending their parties:

"Carlton, along with Glenn Walters, a law school classmate, challenged the fraternity's actions through the school's judiciary committee. Exhibiting skills that would one day make him an effective litigator, Carlton and Walters found several black freshman female students from South Carolina who had been offended and intimidated by the racist announcement and prepared a legal assault against the posting on their behalf. The two law students presented the students' case to the judiciary committee — but lost. The committee found that the fraternity brothers had a First Amendment right to use such language in promoting their parties."

"They had no respect for the feelings of African-Americans on campus," Reeves recalls. "That decision didn't generate any respect from us."

Reeves put the setback behind him and graduated as one of the top students in his class. For many graduates, the prestige of a law degree from the University of Virginia provides immediate opportunities for lucrative jobs at top firms across the country. And the offers came rolling in. But there was no doubt in his mind; the boy who used to hang out in courtrooms instead of movie theaters was now a young man itching to go home and get to work.

He especially wanted to follow in the footsteps of the man who would later become a mentor, Justice Reuben Anderson, the first African-American judge to serve in the Supreme Court of Mississippi. "He wrote me a note," says Anderson, now retired from the bench. "I met him, liked him and hired him right off the bat." They've since formed a 30-year bond.

"I think what Carlton was saying was that time has passed but racism is still a part of our culture. He did it in such a way that the message wasn't just to the defendants there. The message was to America."

Anderson says recent attention to Reeve's speech represents more than the history of just one state. "I think what Carlton was saying was that time has passed but racism is still a part of our culture," he says. "He did it in such a way that the message wasn't just to the defendants there. The message was to America."

Derrick Johnson, state president of the Mississippi chapter of the NAACP, says that amid a polarizing national spotlight on immigration, police brutality and racial profiling, Reeves's sentencing speech strikes a cord everywhere.

Reeves says he's "surprised, a little overwhelmed and deeply humbled" by the national attention his remarks have received. Despite a greater national spotlight, he remains committed to his home state, continuing to shine a light on the shadows of its past. He closed his remarks with the message that Mississippi can overcome that past only by confronting its present:

"Today we take another step away from Mississippi's tortured past ... we move farther away from the abyss. Indeed, Mississippi is a place and a state of mind. And those who think they know about her people and her past will also understand that her story has not been completely written. Mississippi has a present and a future. That present and future has promise. As demonstrated by the work of the officers within these state and federal agencies — black and white, male and female, in this Mississippi they work together to advance the rule of law. Having learned from Mississippi's inglorious past, these officials know that in advancing the rule of law, the criminal justice system must operate without regard to race, creed or color. This is the strongest way Mississippi can reject those notions — those ideas which brought us here today."

Dennis Mitchell, a historian and former professor of Reeves' at Jackson State, says that just as the judge's career has come full circle back to Mississippi, so does the importance of his speech delivered in the courtroom.

"It will do a great deal of good for the state of Mississippi," Mitchell says, "to get people to reconsider the 'Moonlight and Magnolia' version of history and look at the past for what it was — and, unfortunately, what it still produces sometimes."