Accessibility links
The Racist History Behind The Iconic Selma Bridge : Code Switch The Edmund Pettus Bridge is a sacred place in America's civil rights history. It also was named after a Grand Dragon of the state Ku Klux Klan. There's a strong generational divide on renaming it. 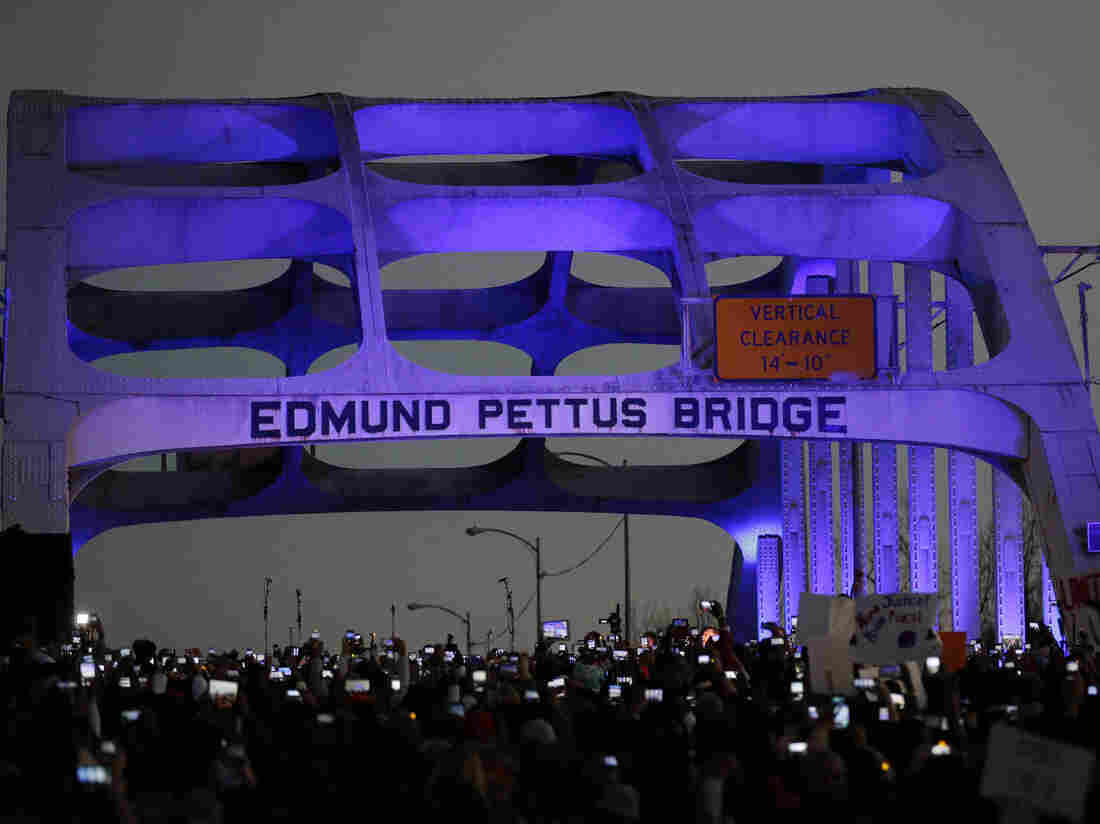 In this Sunday, Jan. 18, 2015, photo, marchers hold up cellular phones to record the rapper Common and singer-songwriter John Legend performing at the foot of the Edmund Pettus Bridge. Brynn Anderson/AP hide caption 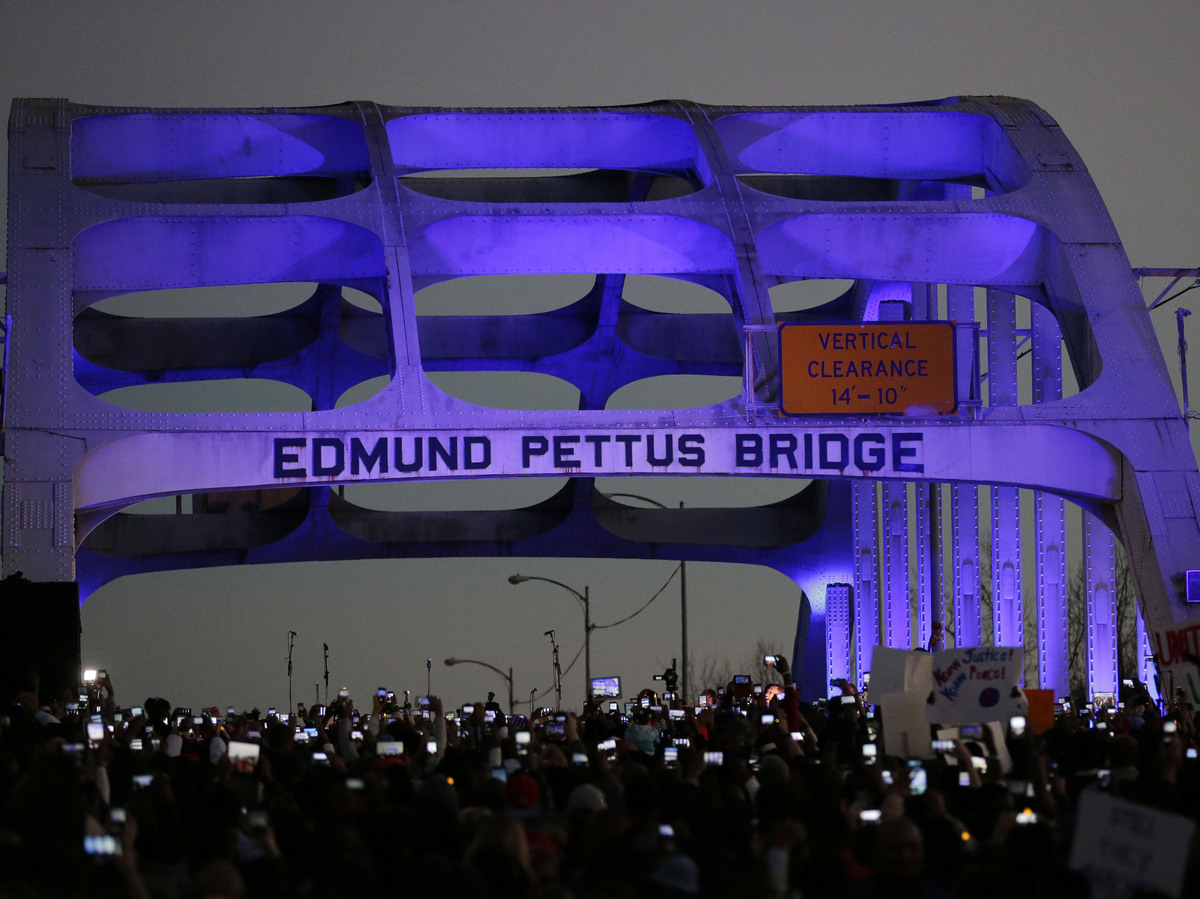 In this Sunday, Jan. 18, 2015, photo, marchers hold up cellular phones to record the rapper Common and singer-songwriter John Legend performing at the foot of the Edmund Pettus Bridge.

The 1965 voting rights march from Selma to Montgomery, Ala., became known as Bloody Sunday because it ended in state troopers beating nonviolent protesters as they tried to cross the Edmund Pettus Bridge.

In photos from that day you see the marchers being struck and trampled, and just above them are the bridge's big arches, with the name Edmund Pettus emblazoned across the steel beam.

The bridge has become one of the most hallowed places in America's civil rights history, but who was Edmund Pettus?

"Pettus was the head of the most notorious white terrorist group in Alabama probably up until the civil rights movement," says John Giggie, who teaches Southern history at the University of Alabama.

Aside from being a two-term U.S. senator and a Confederate general, Pettus was a Grand Dragon of the Alabama Ku Klux Klan. When legislators decided to name the bridge after him in 1940, Giggie says there's no mistaking the message they wanted to send — especially given that the bridge, the gateway to Selma, was a huge engineering improvement over the previous one, an old swing bridge that had to be opened by hand. 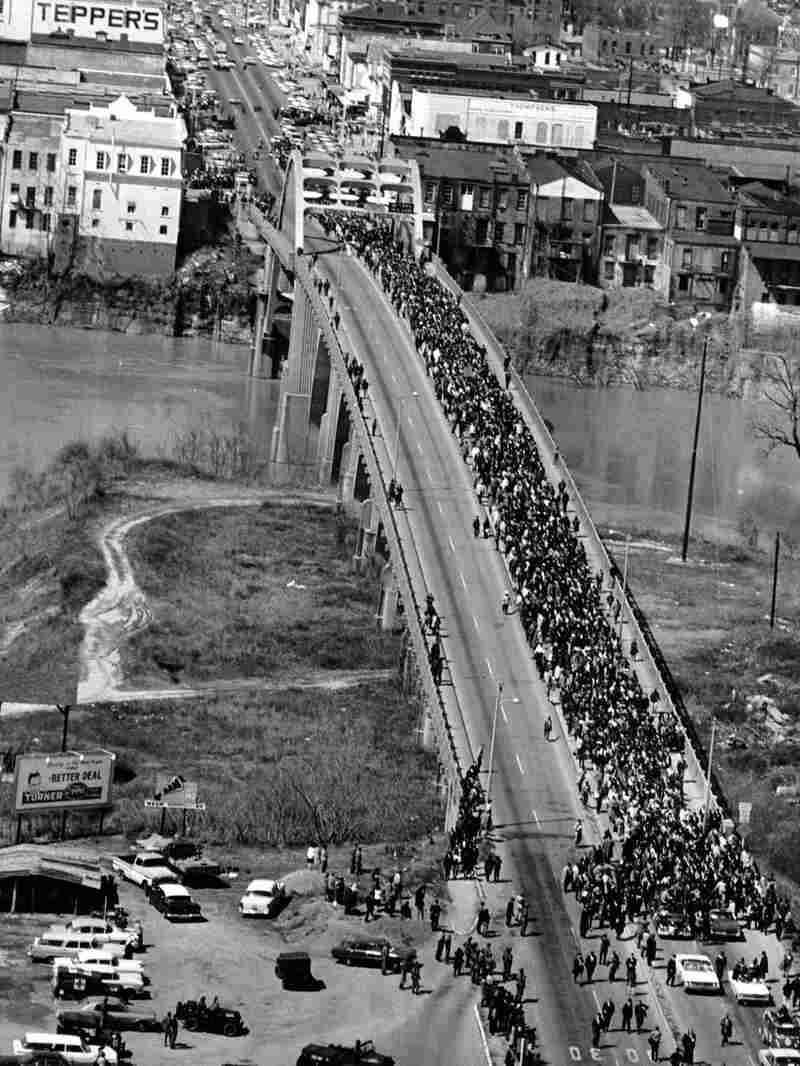 In this March 21, 1965, photo, civil rights marchers cross the Alabama River on the Edmund Pettus Bridge in Selma, Ala., toward the state capital of Montgomery. AP hide caption 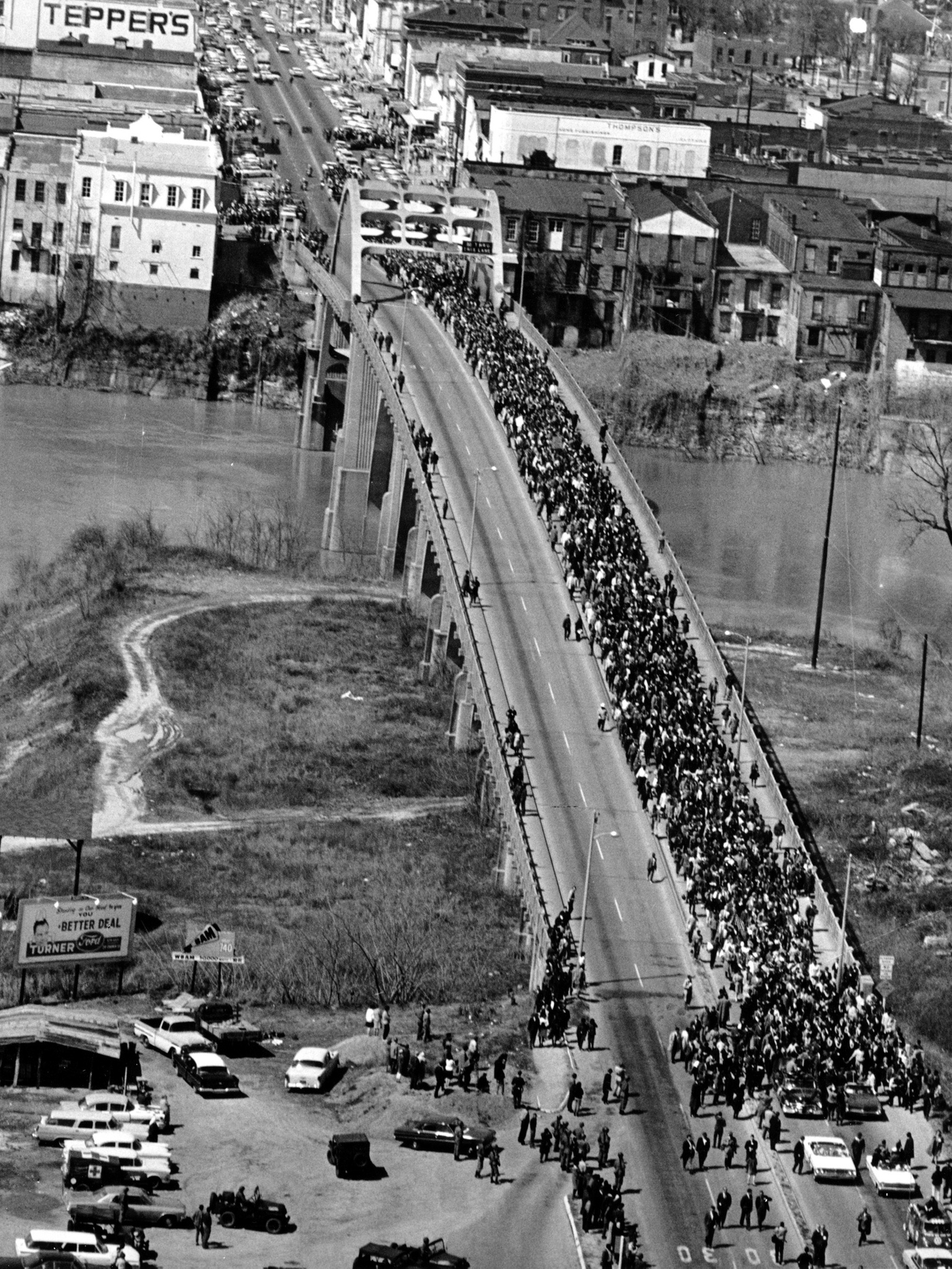 In this March 21, 1965, photo, civil rights marchers cross the Alabama River on the Edmund Pettus Bridge in Selma, Ala., toward the state capital of Montgomery.

"They wanted to stamp that — to brand it — with this vision of the South as very much as a ... a world dedicated to white supremacy," says Giggie.

It's something anyone alive here in the '40s or '60s would have known, but not necessarily Selma's younger citizens today.

Jack Townes, 21, who's lived here his whole life, had no idea until recently.

Townes is part of a local activist group that wants to rename the bridge. But for those who lived here through the '60s — black and white — it's not that straightforward.

"The Edmund Pettus Bridge has been there my entire life, and I'm 70 years old — that is part of history, not only in Selma but all over!" says Norma Lawrence. "Keep things as a reminder of the bad. If you change them, then you forget them — you forget the bad."

Selma is anything but a city that wants to forget. It's hard to throw a rock here without hitting a plaque to something, though most commemorate the Battle of Selma during the Civil War.

But it's the bridge that's unique. It's the only marker that has gone from honoring white supremacy to becoming a great monument to racial equality.