Accessibility links
Once Lost, Internment Camp In Hawaii Now A National Monument : Code Switch The camp, created in 1943, held as many as 4,000 prisoners — including hundreds of Japanese-Americans — and became known as "Hell's Valley." 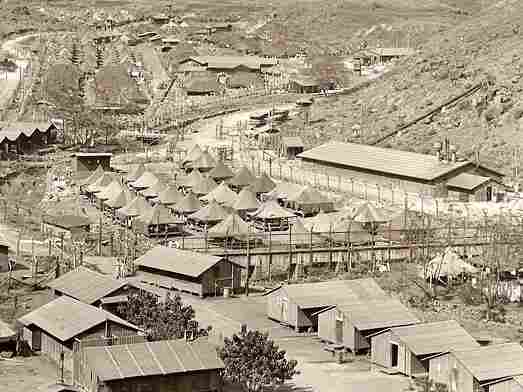 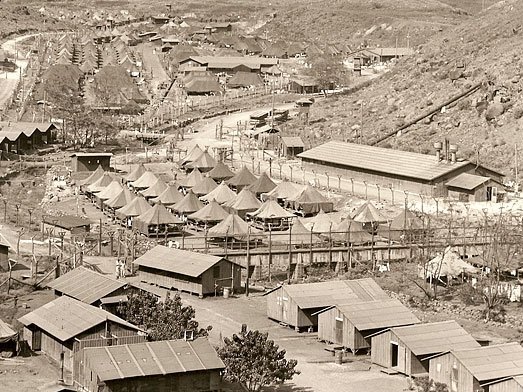 The Honouliuli internment camp, not far from Hawaii's Pearl Harbor, held as many as 4,000 prisoners during World War II, including hundreds of Japanese-Americans.

In February, President Obama named the location a national monument.

The camp became known by prisoners as "jigokudani," or "Hell's Valley," says Carole Hayashino, the president of the Japanese Cultural Center of Hawaii.

"There are many stories — families were visiting their family members interned, they would be blindfolded and they board a bus in downtown Honolulu," she says. "And then they would be driven into the gulch. They had no idea where they were going." 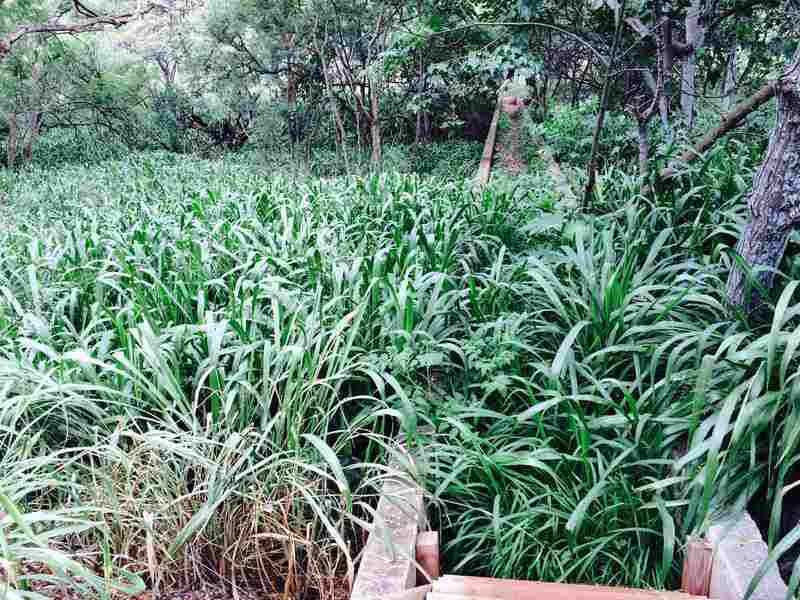 An old aqueduct cuts across the camp, which is now overgrown with weeds and brush. Molly Solomon hide caption 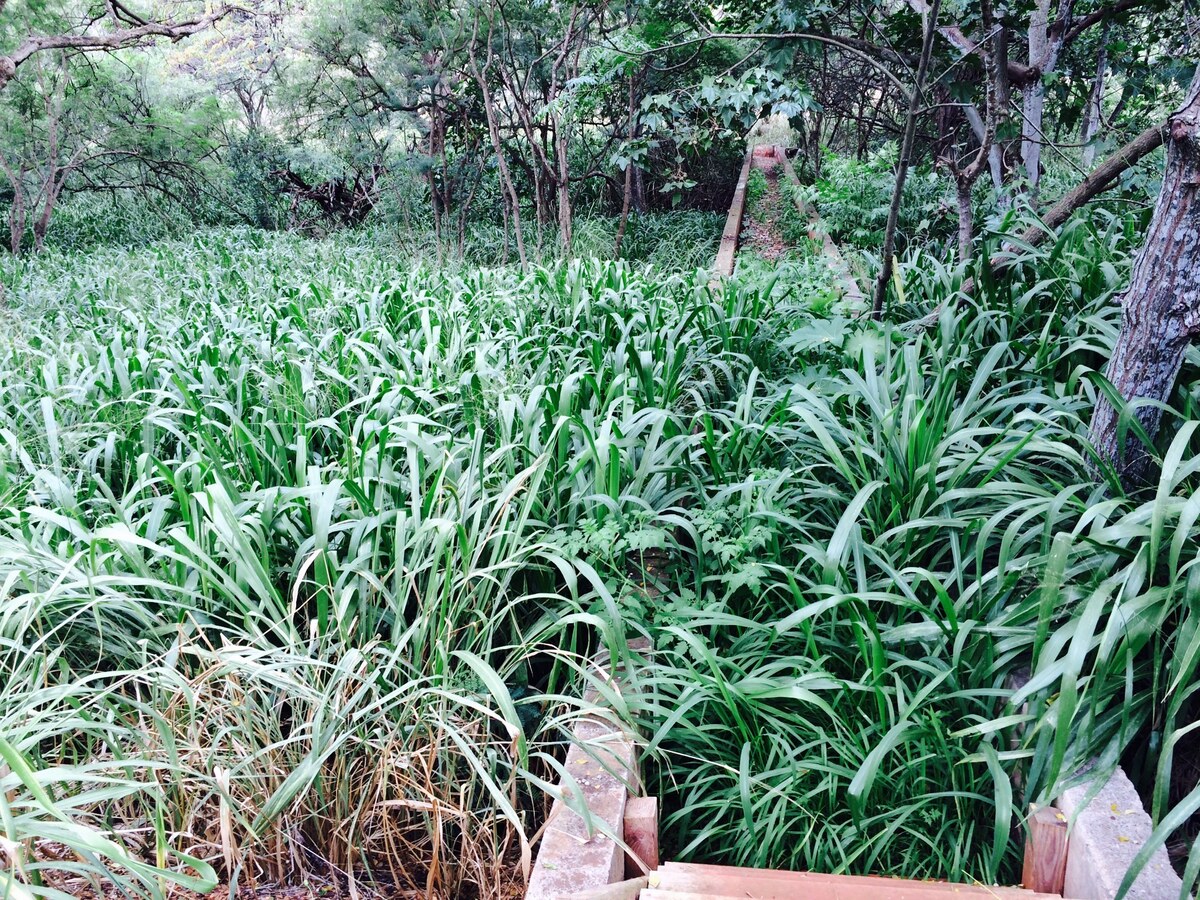 An old aqueduct cuts across the camp, which is now overgrown with weeds and brush.

Thick brush and overgrown trees now cover the 160 acres that were once Honouliuli. The site remained hidden from view for decades after the war. It was rediscovered in 2002 by volunteers at the Japanese Cultural Center, who traced an aqueduct in the background of an old photograph, Hayashino says.

"The internees didn't talk about it, the pain was so deep," she says. "They didn't share their own camp experience with their families. We almost lost this history."

In an oral history interview collected by the cultural center, Harry Urata recalled the morning Pearl Harbor was bombed. He was a boarding school student at the time.

"I still remember that morning: 7:50 a.m., I was at dormitory. All of a sudden, music stop — Hawaiian music," he recalled. "Announcer came out again: 'This is war. Entire Hawaiian island under enemy attack.' "

Urata, who died in 2009, was born in the U.S. but educated in Japan. In the interview, he said FBI agents showed up at his civics class to take him to Honouliuli, where he was imprisoned for more than a year.

"How come I gotta stay inside here, although I am American citizen?" he recalled wondering. "We are there under suspicion. They just suspect us."

Unlike the internment camps on the mainland, the wartime incarceration of Japanese in Hawaii was done on a much smaller scale.

Those targeted were religious leaders, local business owners and people like Urata, who went to school in Japan.

From Wrong To Right: A U.S. Apology For Japanese Internment

Removing that leadership had a huge impact, says Hayashino of the Japanese Cultural Center.

"You're leaving an entire community leaderless," she says. "It's selective, yet it's very strategic."

Creating a national monument at Honouliuli is a strategy of a different kind: keeping memory alive, says Paul DePrey of the National Park Service, which is creating a plan for Honouliuli.

"That's why we need to protect and preserve sites like this," he says, "because if we don't, it will be forgotten."