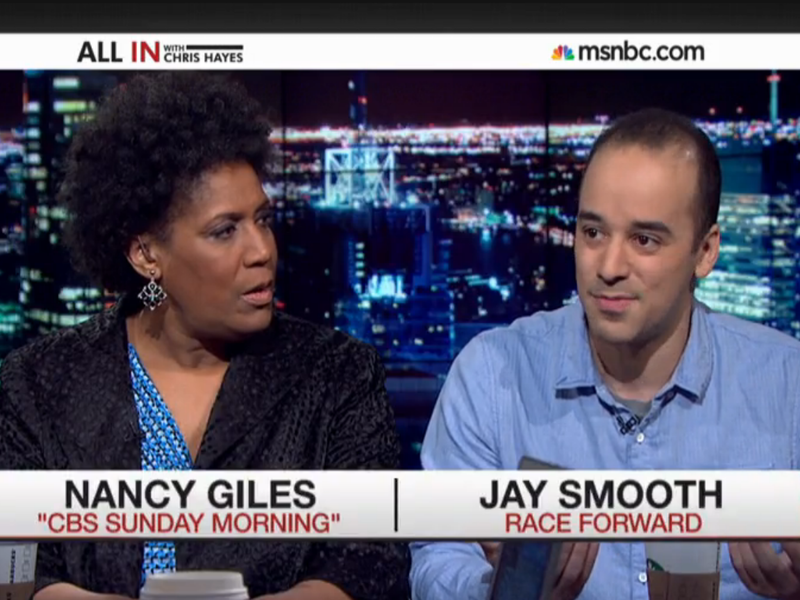 toggle caption
MSNBC's All In With Chris Hayes 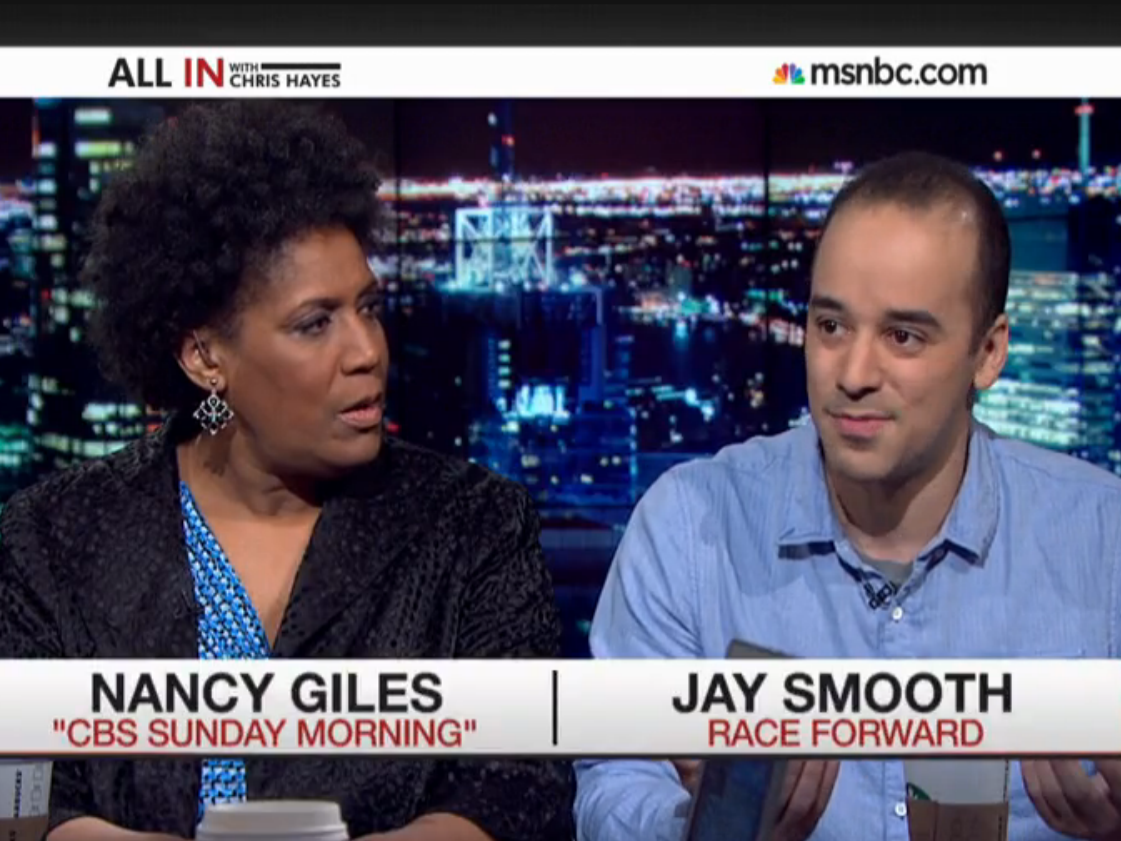 MSNBC's All In With Chris Hayes

Starbucks' campaign to get people talking about race has already birthed a very public, very cringeworthy conversation about race. Jay Smooth, a radio DJ and video blogger, was on MSNBC's All In With Chris Hayes Tuesday night, discussing the coffee company's "Race Together" campaign with fellow guest Nancy Giles, a contributor to CBS Sunday Morning.

As they discussed the efficacy of a campaign like Race Together — with Giles defending it and Smooth pushing back — Hayes played one of Smooth's most popular videos, "How To Tell Someone They Sound Racist."

"It's another interesting, funny thing about race," Giles said, after the clip ran. "There would be some people that feel that you co-opted something like that, and other people might feel like that's his background and that's really cool, too."

Giles playfully needled Smooth for being a white guy imitating a black guy.

"It's also interesting because I'm actually black, but you assumed otherwise. And this is the sort of awkwardness that we can look forward to at Starbucks across America," Smooth said, dropping the mic. (Metaphorically, of course, since they were all wearing lavaliers.)

All right, folks. We've asked you in the past about your Starbucks names. But what was the most memorable experience you've had where someone has mistaken you for a different race or ethnicity, or you've mistaken someone for being something he is not? Holler at us in the comments.